The self in social cognition 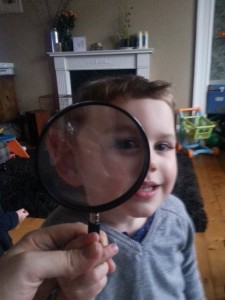 Relating to my work on self-regulation, this research theme seeks to explore the role of children’s ability to reflect on their own mental states (metacognition) on the development of their capacity to reason about other minds (theory of mind).

Simulation theorists argue that we come to understand other’s mental states by reasoning by analogy from our own minds. This theory suggests that metacognitive self-reflection is prerequisite to ToM. Moreover, to the extent that our own perspective is salient, self-control may also be prerequisite. We may need to suppress our own egocentric perspective to represent the perspective of others. However, the role of metacognition in the ‘developmental enrichment’ of ToM has been little explored.

Mini lab PhD graduate Mariel Symeonidou recently completed a longitudinal project investigating the links between metacognition, self-control and theory of mind to address this gap in the literature.  Working in collaboration with theory of mind expert Dr. Martin Doherty, University of East Anglia, we found that certainty monitoring at ~3 years, alongside developments in self-control at ~4.5 years, were predictive of ToM competence at ~5 years. This result suggests that the tendency to engage with own current mental states can aid in the development of an understanding of other’s mental states and behaviour. However, self-control statistically and developmentally mediated the relationship between metacognition and ToM. The implication is that basic forms of metacognition may provide the ‘developmental enrichment’ necessary to think about thinking, and when self-control is sufficiently developed, this thinking can be extended to complex reasoning about other minds.

We have also extended this research cross-culturally, in collaboration with Dr. Ai Mizokawa, Nagoya University, Japan. Cultural comparisons suggest that an understanding of other minds may develop sooner in the west, whereas self-control may be precocious in the east. This pattern might be considered paradoxical, since there is a robust positive relationship between theory of mind and self-control in western samples. However, differing cultural emphases on self versus other might provide an explanation for this paradox. In independent cultures, where individual minds are salient, it may require self-control to set aside one’s own perspective to represent the perspective of others. However, in interdependent cultures, the representation of individual minds may not be salient, and so self-control may not be necessary to display theory of mind. Strikingly, although the difference between independent and interdependent perspectives on self and other is well established in adulthood, there has been little exploration of cultural differences in the development of the ability to represent one’s own mind. Addressing this gap in the literature we recruited an age-matched cross-sectional sample to contrast 56 Japanese and 56 Scottish 3- to 6-year-old’s metacognition, theory of mind and self-control skills. Replicating the expected cultural advantages for theory of mind (Scotland > Japan) and self-control (Japan > Scotland), we found that self-control, metacognitive sensitivity and age offered a good model of theory of mind in Scotland. However, the same model was significantly less successful in predicting Japanese ToM, with age emerging as the only independent predictor. This suggests that the developmental mechanisms underlying theory of mind may vary cross-culturally.

Both papers are now in the process of publication.