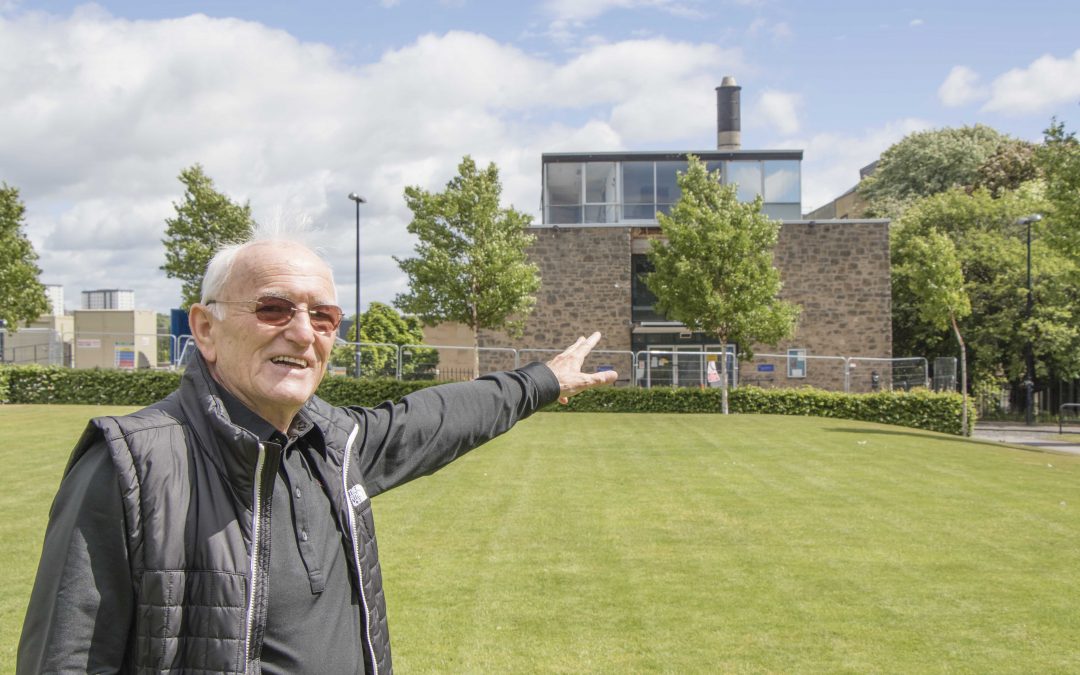 Students travel from across the globe to study at the University of Dundee, but while many have to adapt to their new surroundings, for one local pensioner the experience has been nothing short of a homecoming.

Jim Ashwood, 73, has spoken of his pride as he prepares to graduate a stone’s throw from his childhood home on Small’s Wynd, located on what is today one of the University campus’ busiest streets.

“When I was growing up the University was quite separated from the community but as the 60’s came and the University gained independence from St. Andrews, it grew into its own,” said Jim who graduated with honours in History on Thursday, 21 June.

“When you see the work that goes on here with cancer, malaria and other diseases as well as what the students give back to the city, it’s not hard to see the great community between the University and city these days.”

When you’re retired you think ‘Ah, I’m 65, I’ve seen everything, done everything – no-one’s going to surprise me’ but the humanities courses here were amazing. They really got the old brainbox going and make you question things you held true for years.” 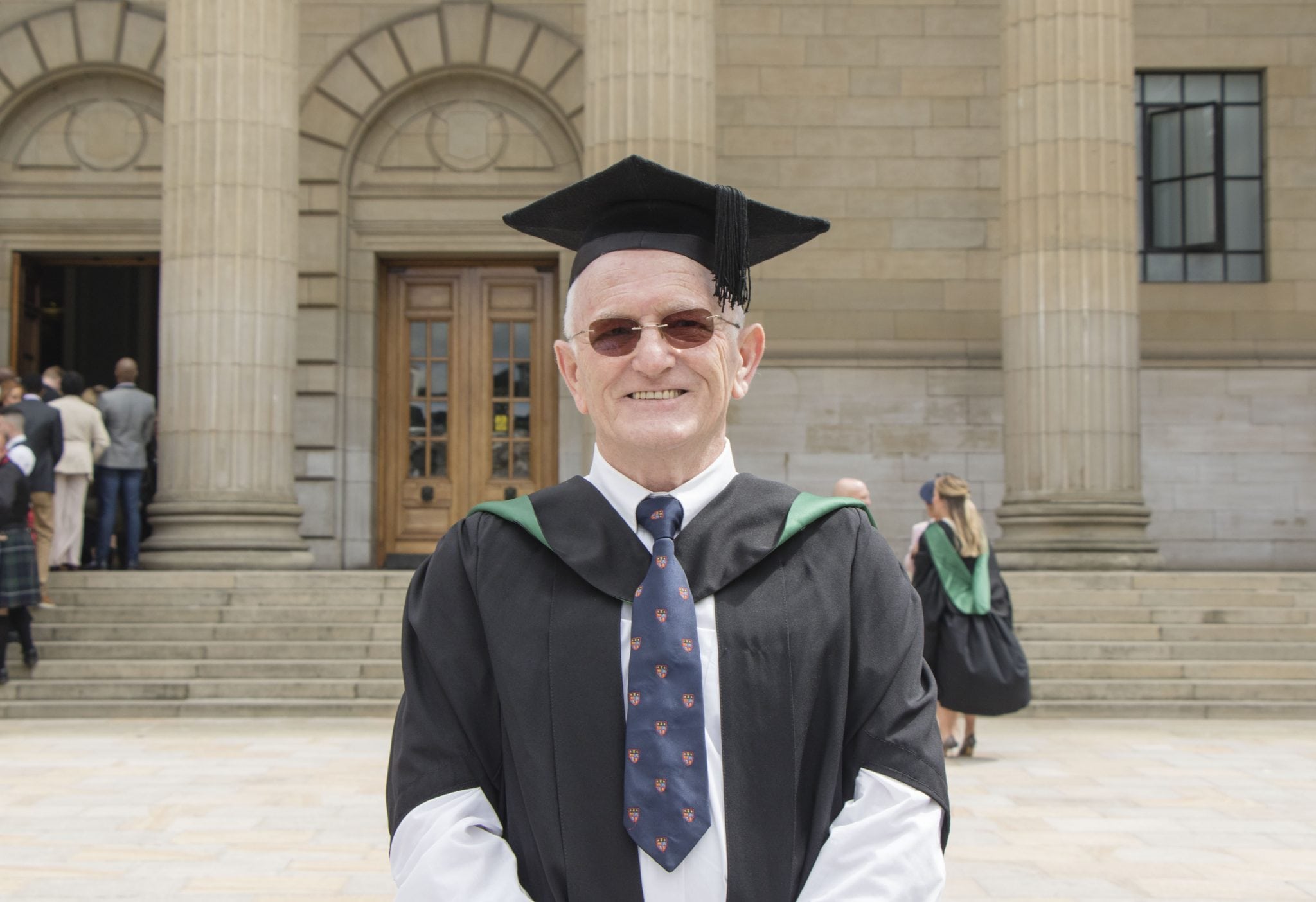 Jim, who had a long career as a chartered surveyor, joined the University soon after retirement, volunteering with the User Centre Group based at the Queen Mother Building.

He said, “The User Centre Group is a digital drop in for absolutely anyone. People come in and they don’t even know how to turn a computer on, and yet it’s amazing how quickly they get to grips with this technology, which they often need this technology more than young people.”

The User Centre meets four days a week and promotes life-long learning for members of the public who want to reconnect with technology. It was during his fourth year with the centre that Jim picked up a pamphlet for University degree courses.

Jim said, “When you’re retired you think ‘Ah, I’m 65, I’ve seen everything, done everything – no-one’s going to surprise me’ but the humanities courses here were amazing.  They really got the old brainbox going and make you question things you held true for years.

Jim, who has been at the University for six years, now hopes to continue his foray into academia, potentially taking up a Master’s degree but for now, he says, he might take one year off.

“When I was young we used to see the students going around in their robes. It was like something out of a movie, and now that’s me. I still can’t believe I’m graduating.”