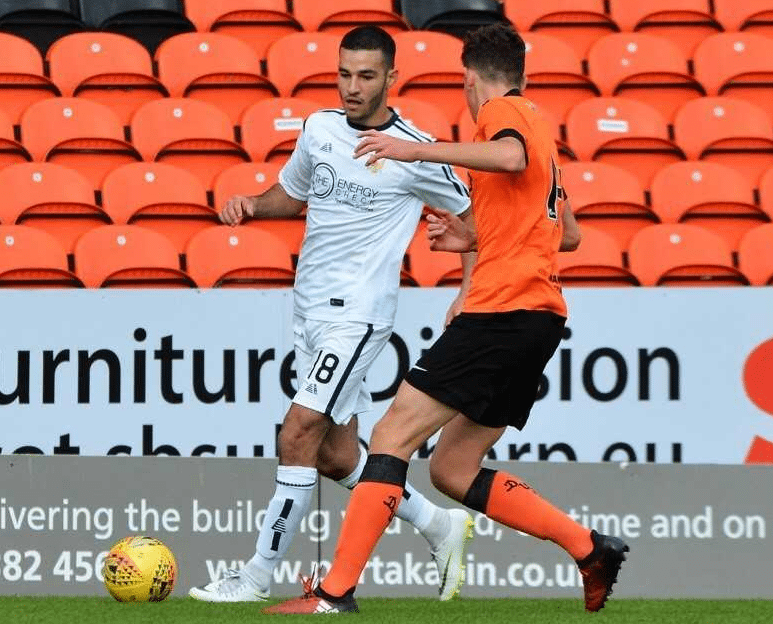 When Alloa Athletic beat Dundee United earlier this season it capped a remarkable rise from the Institute for Sport and Exercise gym hall to the city’s largest football stadium for Ahmed Aloulou.

Ahmed, who received a degree in Mechanical Engineering from the University in May, became the first player to graduate from Scotland’s futsal set-up to professional 11-a-side football when he came off the bench that day. The media interest in the 22-year-old’s Alloa debut proved a publicity boost for futsal but Ahmed was already something of an ambassador for the sport having founded the Dundee University futsal team during his time here.

Futsal is an indoor variation of football played by teams of five players and uses a smaller, harder, low-bounce ball than the type used in the parent game. The emphasis is placed on creativity and technique, with less focus on physicality and tactics, which are vital in the 11-a-side version. The differences are significant enough for Ahmed to have set realistic goals for his first season in professional football.

“First of all, I’m just looking to play as much as I can and see where I can take this,” he said. “There is a huge step-up from futsal to the Scottish Championship. I don’t have an academy background like my team-mates and when I came for trials even the younger guys had all more experience at higher levels than me.”

Ahmed was born in Tunisia but spent much of his childhood in Aberdeen before moving to Romania and has represented Scotland’s national futsal team five times before signing a one-year deal with Alloa weeks after graduating.

Dundee FC forward Faissal El Bakhtaoui, currently on loan to Dunfermline Athletic, had played futsal in his native France and he was among those to influence Ahmed’s development. 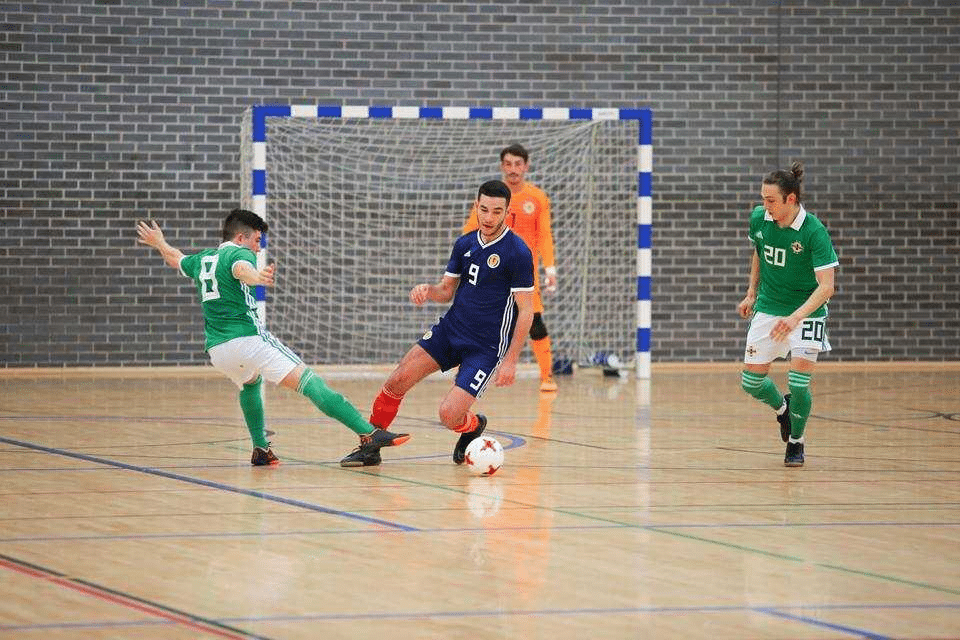 He continued, “I played a lot of 11-a-side when I was younger and always wanted to play senior but I thought the best plan was to get my degree first, just in case things didn’t pan out. I read an interview that Faissal did about his transition from futsal and got in touch. He gave me a few tips and pointers and, when you see someone who has done it, it gives you that motivation and belief that it is doable.

“His message was ‘you just need to put the work in and believe in yourself’. I’m in this to see how far I can progress and, if I didn’t think I could do well, I wouldn’t have put my mechanical engineering career to the side.”

An ankle injury picked up in pre-season delayed Ahmed’s debut, which finally came he was sent on after 74 minutes at Tannadice as the part-time Wasps knocked their more illustrious rivals out of the Challenge Cup after a penalty shoot-out.

Since then he has been working hard to establish himself in the side while coming to terms with the differences between futsal and football. “There are two main things that stand out for me,” he said.

“The first is the training. In futsal there are rolling on-off substitutions so you’re giving 100% in short bursts before coming off again when you need a rest. You don’t have that in football. If you’re on for 90 minutes, you’ve got to be able to manage your stamina and endurance for the whole game.

“The second is touch. The smaller and heavier ball and the surface you play on means so much more is done with the sole of the foot in futsal but its different outdoors.” The University futsal team set up by Ahmed compete in the Dundee division of the Scottish Futsal League and anyone interested in giving the sport a try can find out more at https://sportsunion.dundee.ac.uk/clubs/futsal/