ISE’s Couch to 5k running programme is planning another lap following the success of the first course which began in March and crossed the finish line at the Botanics 5k race in May.

The next course will run for nine weeks from Tuesday 2 July and finish with a park run 5k at the end of August.

Programme organiser and ISE gym manager Nik Long said the positive feedback from the first course prompted the decision to stage a re-run.

“Those who took part said they really enjoyed it and reported feeling fitter and healthier as a result,” she said. “It made sense to offer it again particularly at this time of year when the weather will hopefully be a bit kinder.”

The Couch to 5k (C25K) course begins with short periods of running and walking, building gradually over nine weeks and culminating in a 5k run. Those taking part meet up once a week for an instructor led run and are then free to include the remaining sessions at a time most convenient to them. 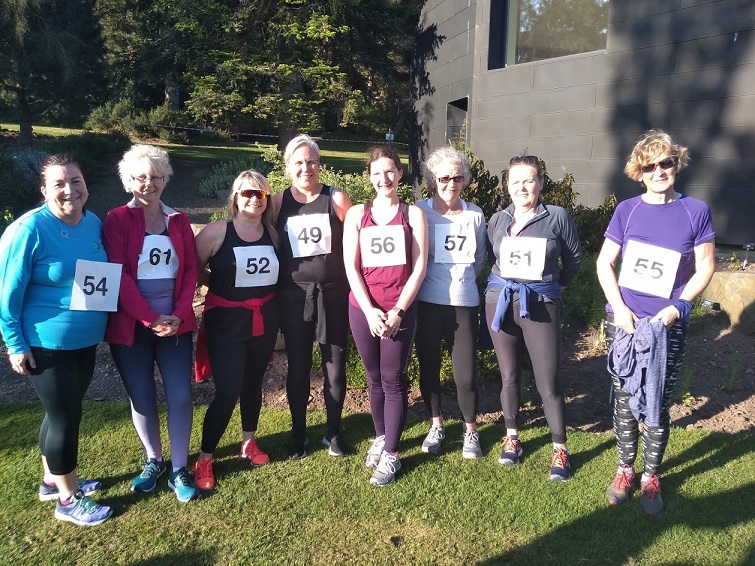 Nik and run leader and personal trainer Bronwen Hughes created a Whatsapp group for the course participants so they could coordinate runs and keep each other motivated between sessions.

“The runs build gradually and so it makes them achievable,” explained Nik. “It also makes it really easy to see and feel the progress made over the weeks. There was definitely an increase in confidence as the weeks went by. And this course had a great support network, which really helped to motivate and encourage.”

Sheena Carstairs, who completed the first course, described it as one of the most rewarding and enjoyable things she has done

“I would never have classed myself as a runner,” she said. “In the past I would say it wasn’t my thing and it wasn’t for me but going out with the group every Tuesday lunchtime is what made it so enjoyable and having Nik and Bronwen to encourage us was great.

“Seeing how I progressed each week made me want to continue running.  I would definitely recommend this programme to anyone who is thinking about running but maybe doesn’t know where to start or maybe someone who wants to start running again after a break from it.”

Another participant Vicki Watson agreed. She had “toyed” with the idea of running but had never pursued it, believing she couldn’t do it. She’s delighted the C25K proved her wrong.

“The first week only requires you to run for a maximum of 90 seconds at one time so the build up to 5K is very gradual,” she explained. “Each week the run time increases slightly which you hardly notice because you are running in a group and you are distracted because everyone is chatting so the time passes so quickly.

“I was buzzing when I eventually managed to run the full 5K distance without stopping and now try to fit in one or two 5K runs a week in the hope increasing this gradually to 10K! 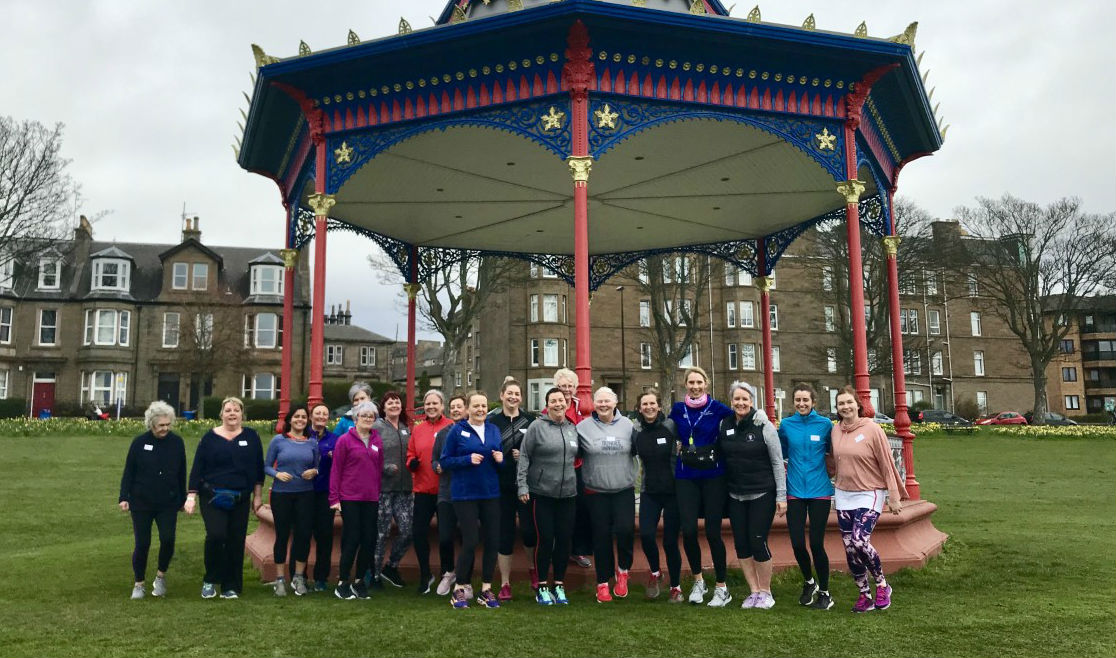 Roz Taylor, a postgraduate programmes coordinator in the School of Medicine in Ninewells, said one of the advantages of the C25K course, was that it encouraged her to take a break from work and get outside into the fresh air.

“One of the best things about it was making myself leave my desk and get out and enjoy the sunshine with a fun group of people and coaches who believed I could do it. And I really enjoyed the Botanics 5k. It really is a lovely run.”

Clair Bell, another course participant, said she noticed an improvement in her mood and energy levels as well as her fitness as a result of the course.

“I would recommend it to anyone interested in starting to run. I really enjoyed it and the Whats-app group was really good to see how everyone was getting on.  Also, Nik and Bronwen were great at keeping us motivated all the way through.”