DDD107498 – Working to save lives with innovative design 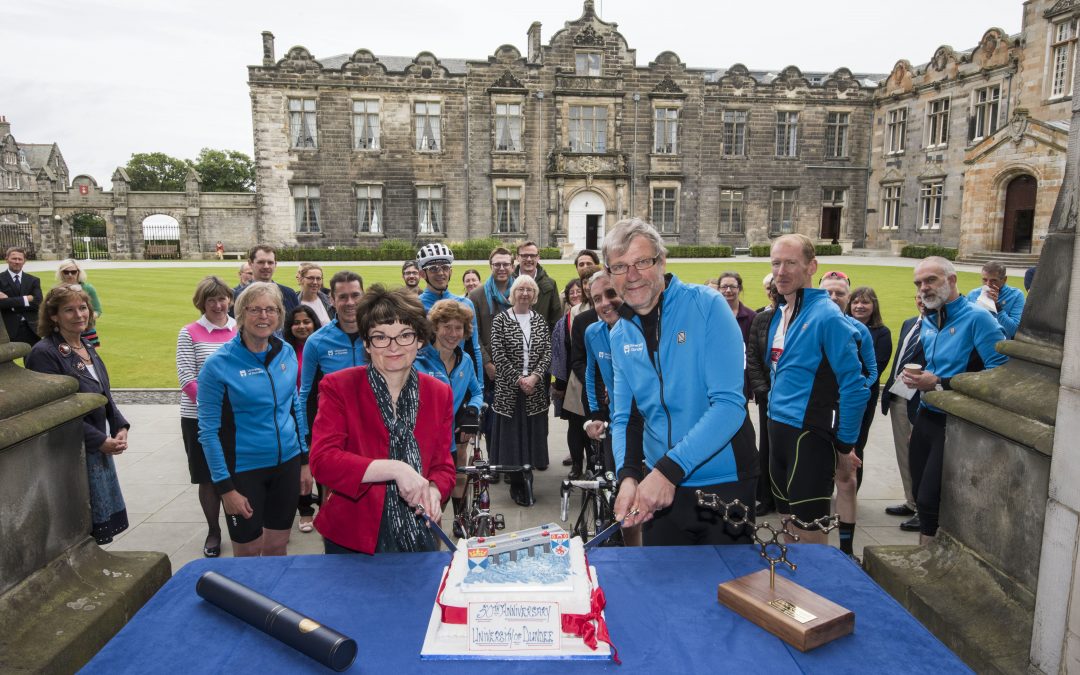 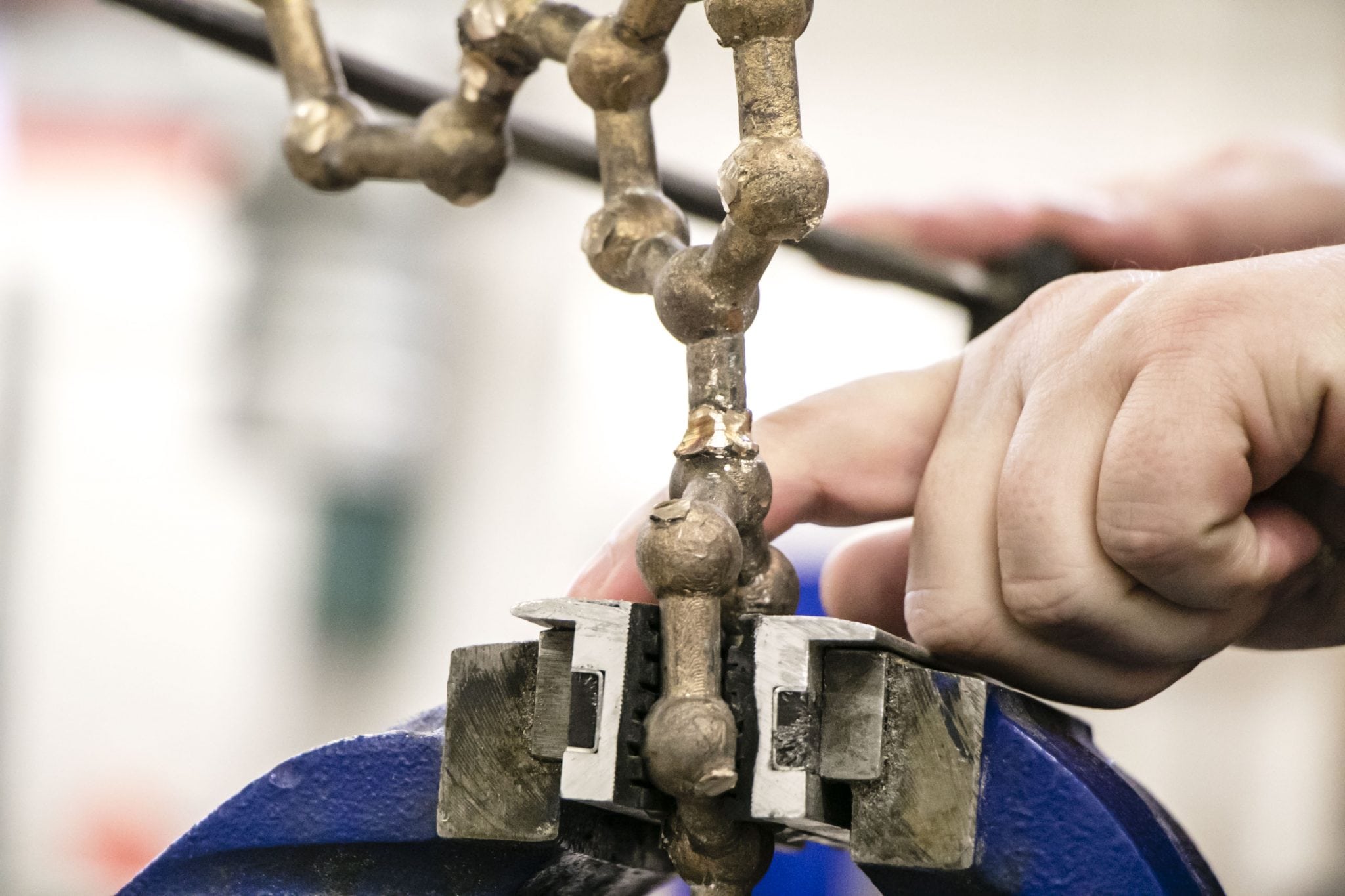 This arrangement continued for 70 years before, on August 1st, 1967 and the granting of a Royal Charter, the University of Dundee was formally established as an independent institution.

50 years on Dundee and St Andrews enjoy a warm relationship, very much in the spirit of friendly rivalry. Both are in the world’s top 200 universities and are among the top-ranked in the United Kingdom for student experience. The combined strengths of Dundee and St Andrews have been recognised as an `intellectual gold coast’ on Scotland’s east side. 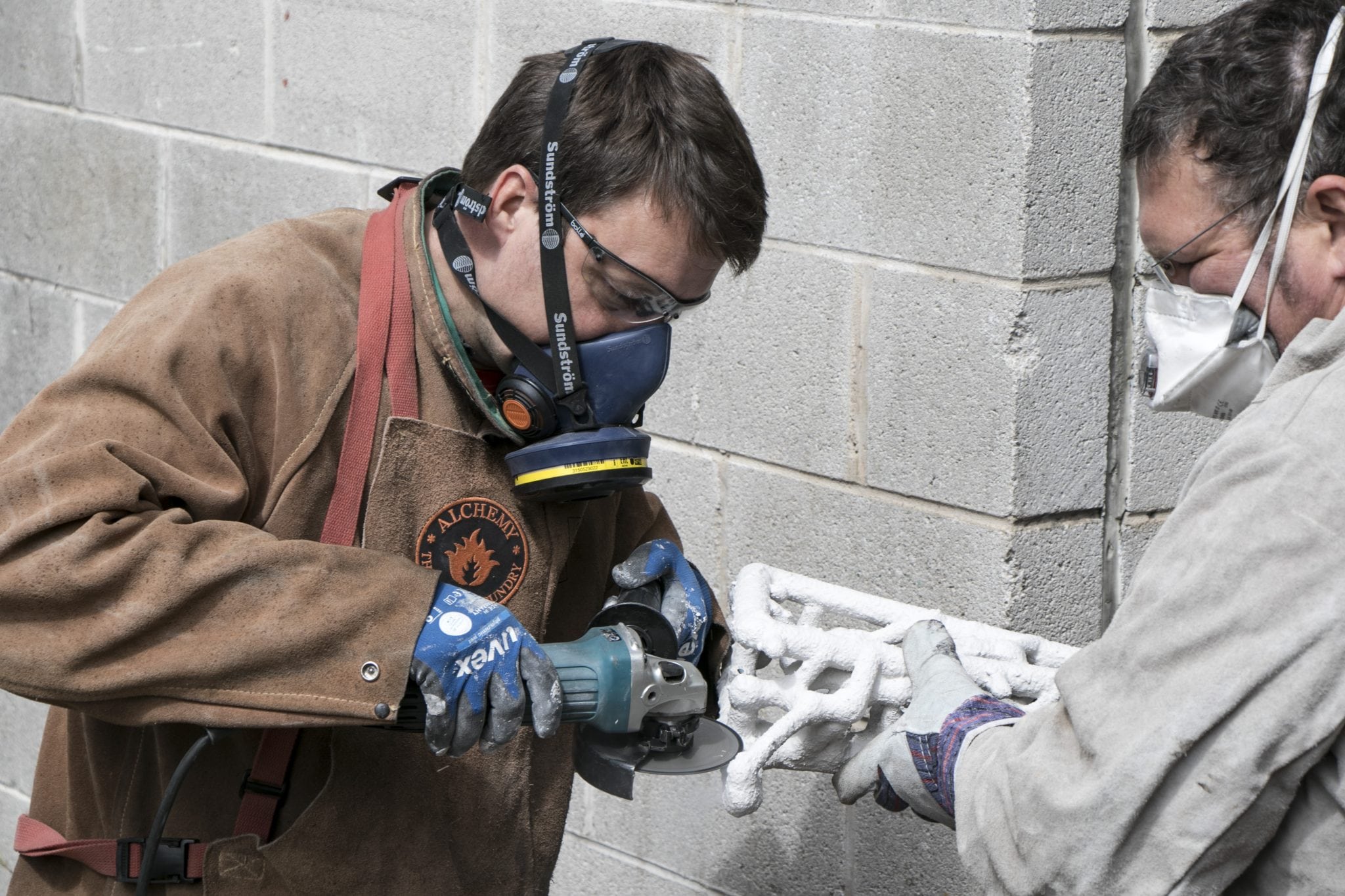 This work is a representation of the antimalarial compound, DDD107498, which was identified through a collaboration between the University of Dundee’s Drug Discovery Unit and the Medicines for Malaria Venture. The compound has the potential to treat malaria patients in a single dose, including those with malaria parasites resistant to other medications, and help reduce the transmission of the parasite. This could save millions of lives across the developing world.

The compound is currently undergoing pre-clinical testing as part of the process of drug development. 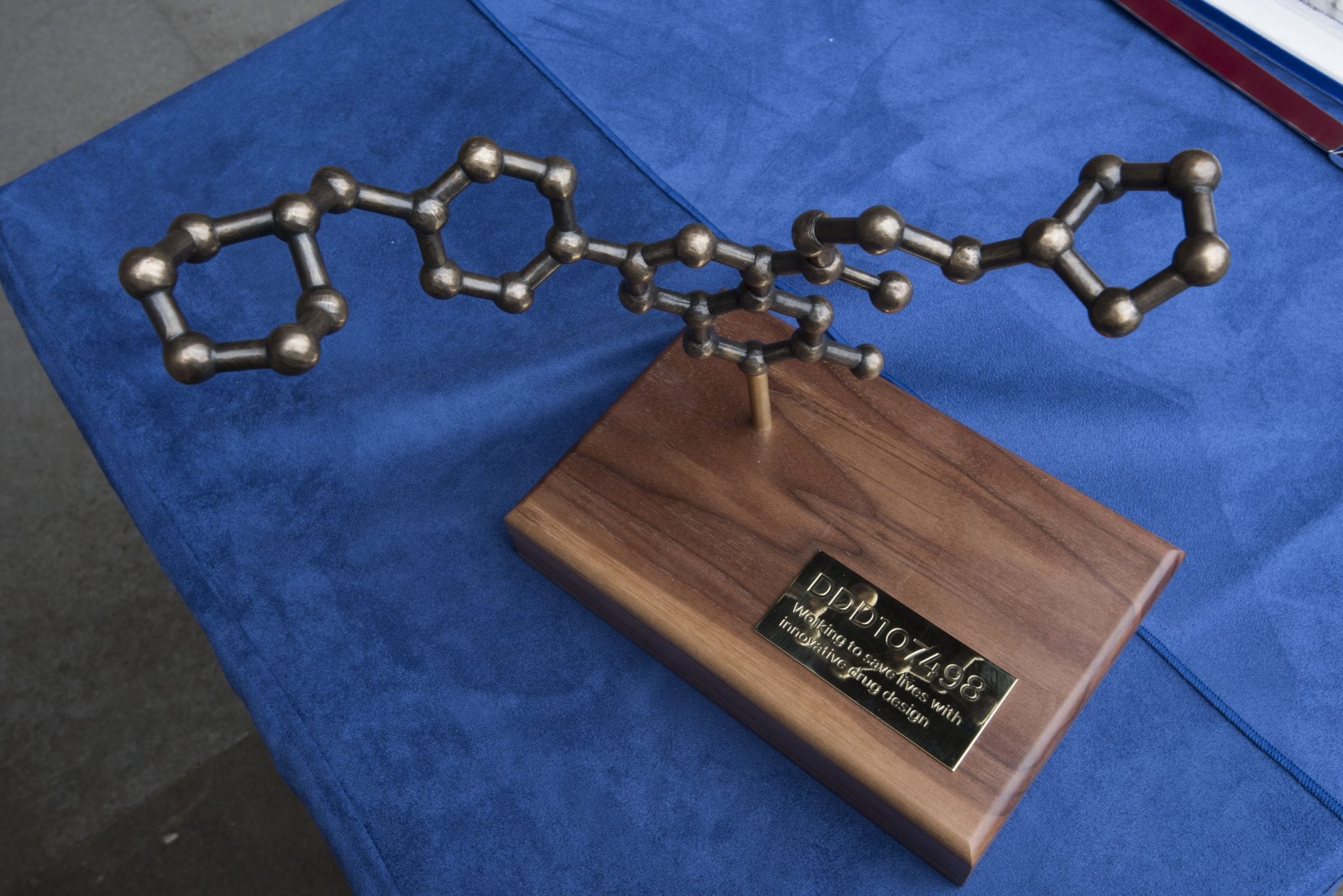 The Drug Discovery Unit (DDU) at Dundee is the only fully operational, fully integrated drug discovery group working across multiple diseases based within a UK university. The DDU aims to collaborate with partners in Dundee and beyond to identify lead compounds, potential drug targets and novel tools and approaches to develop improved treatments for a wide range of debilitating and deadly diseases. 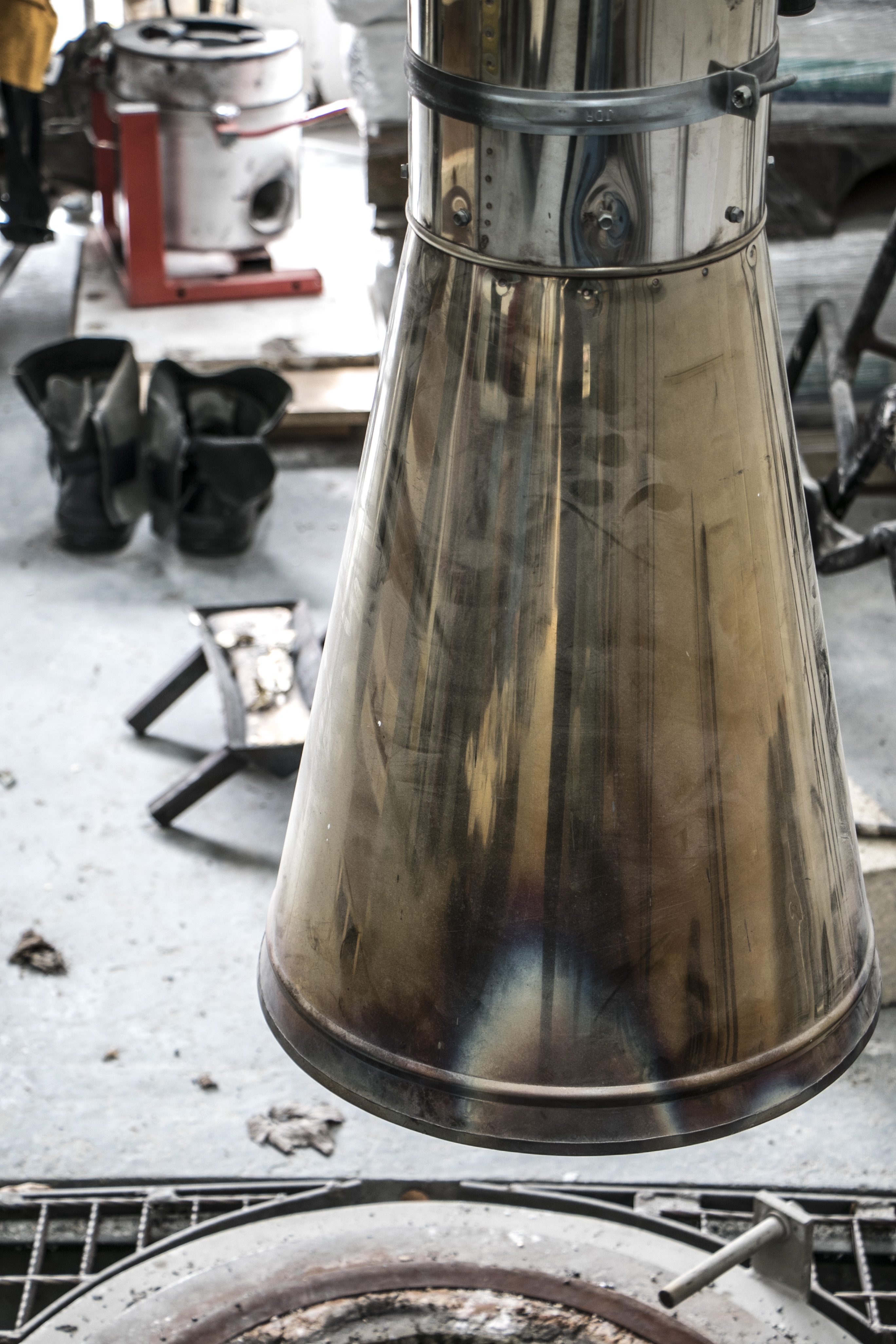 Making the molecule – in bronze

Artist Janice Aitken, Senior Lecturer and Associate Dean in Duncan of Jordanstone College of Art and Design, part of the University of Dundee, worked on the project with Ian Gilbert, Professor of Medicinal Chemistry and Head of the Division of Biological Chemistry and Drug Discovery, and one of the team who helped develop the malaria compound.

The fabrication process involved collaboration with a team of exceptionally skilled creative technicians, all artists, and innovators in their own right.

Janice set out to create a piece that utilized a range of techniques and materials from cutting edge digital technology and fabrication through to one of the oldest forms of artistic production, lost wax casting. 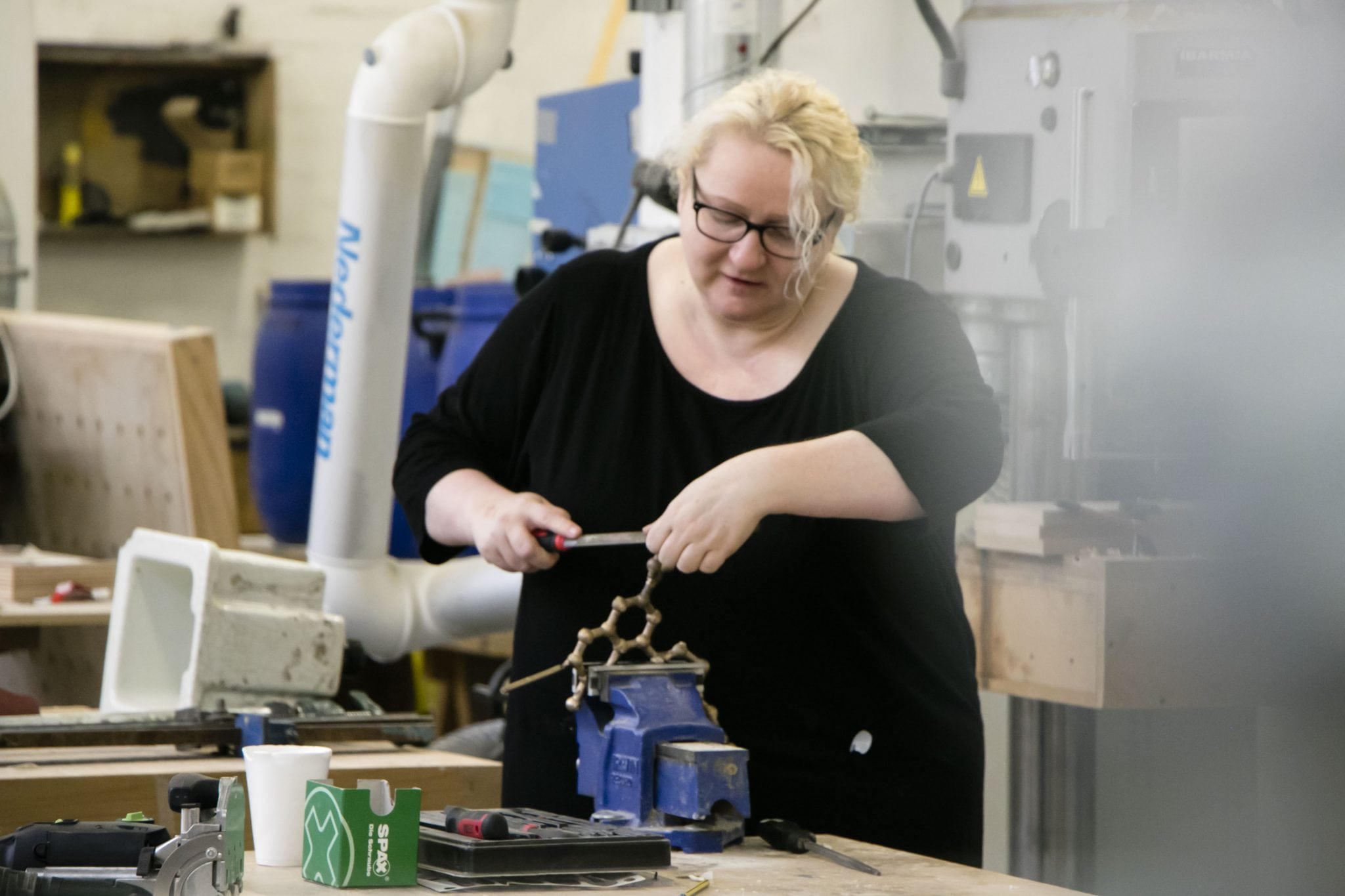 Using the original scientific illustration of the molecule as a reference, Janice sculpted an artistic interpretation of it using 3D digital software. The model was then 3D printed in a wax-like material called PLA (polylactic acid) and coated with wax to prepare the model.

The process of creating the mold around the waxy sculpture saw a series of layers of ceramic being painstakingly applied to create a heat-proof casing around the original model, while retaining all of the detail of the sculpture. 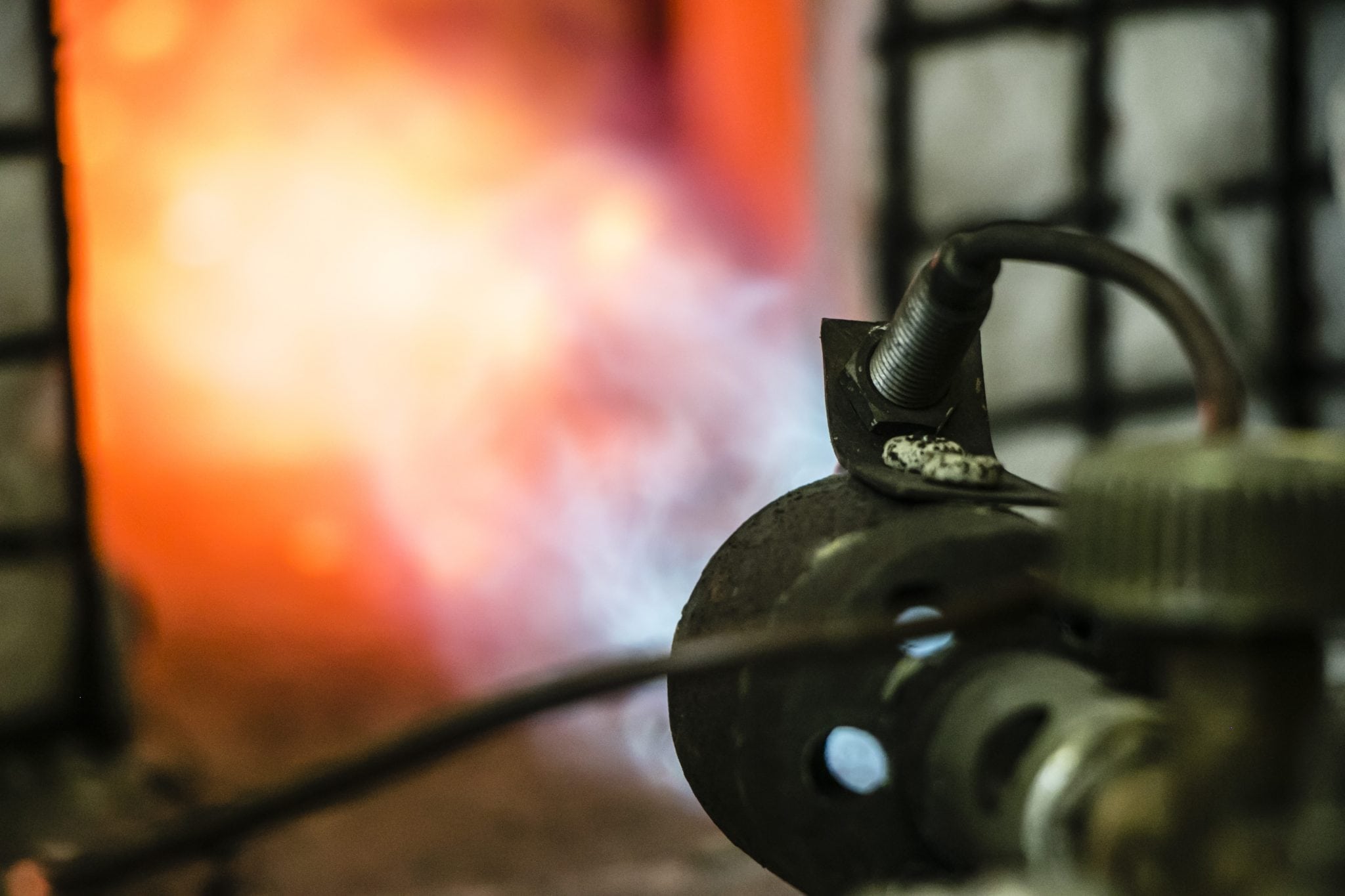 The wax original was then burned off, leaving a ceramic shell into which the bronze was poured.

The most exciting, and nerve wracking step for Janice and the technicians was the `pour’, an ancient process that involves molten metal at extremely high temperatures being poured into the delicate mold. 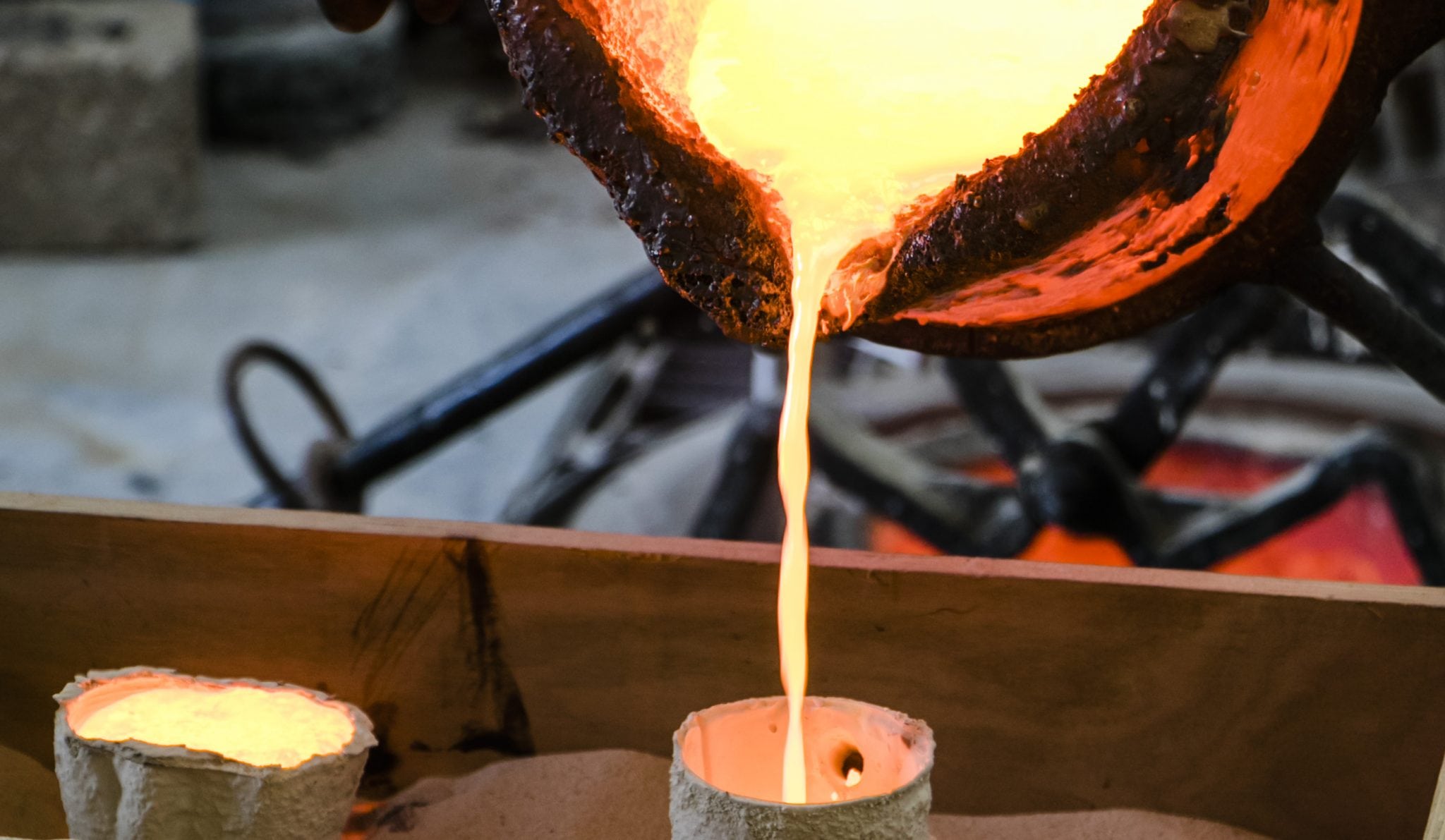 The resulting artwork is a creative interpretation of the malaria molecule in bronze. 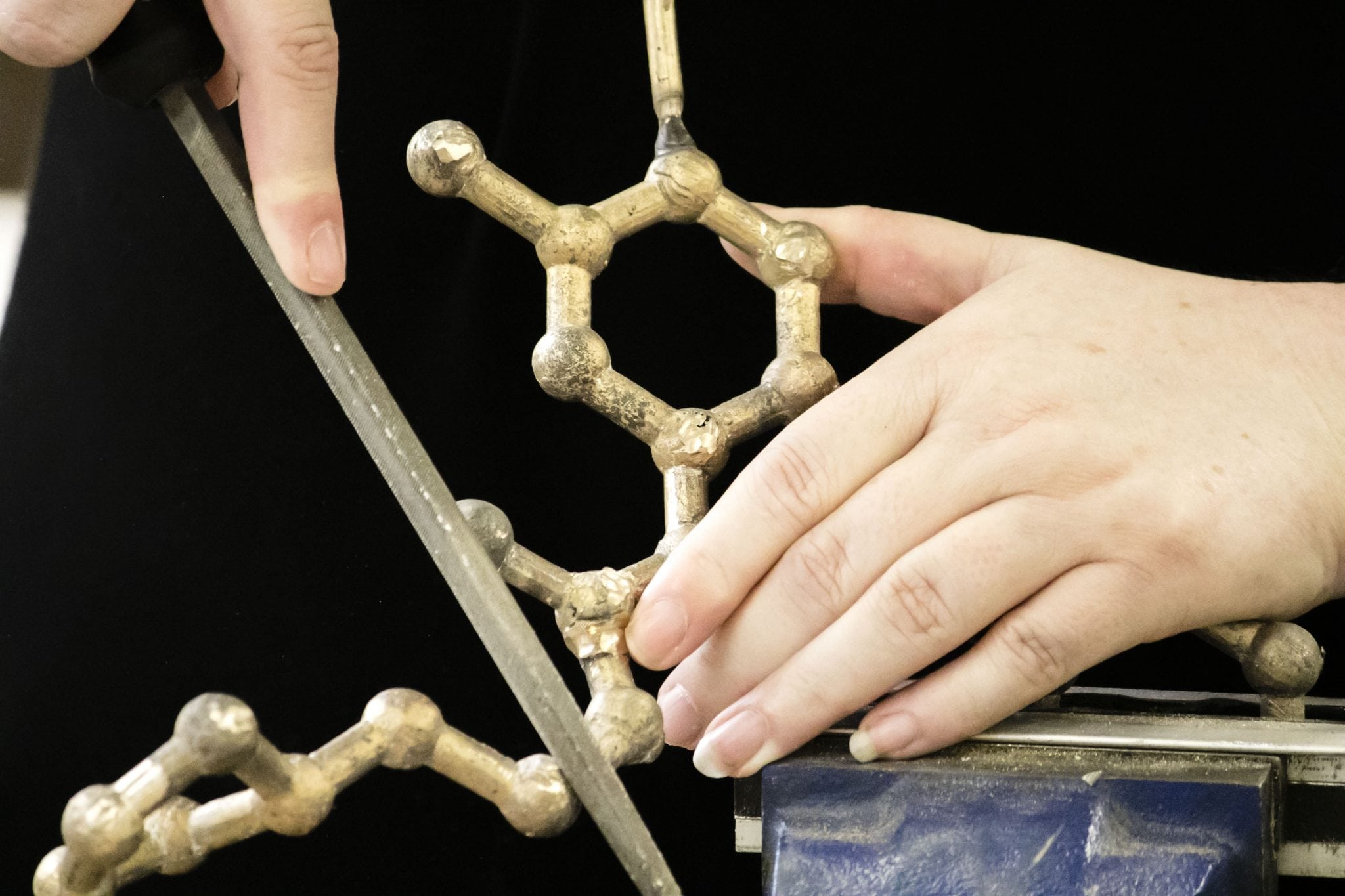