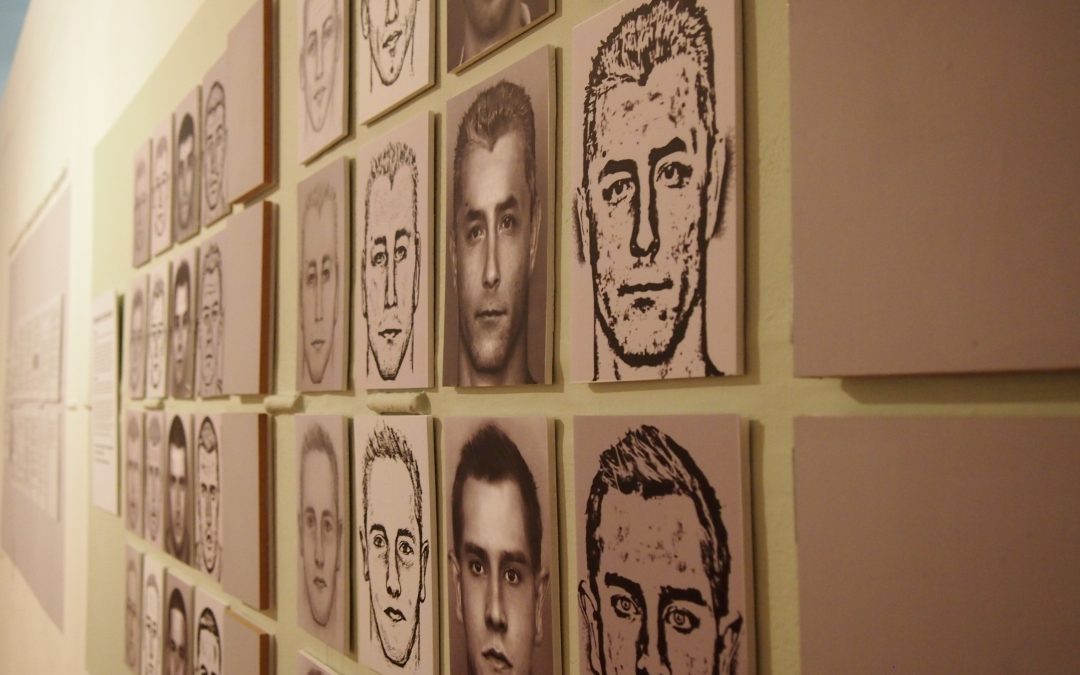 Have you had a look around the DJCAD Masters Show yet? Cara Longmuir and Christina Miller(External Relations) went along to see what Dundee’s postgrad students have been up to, and found some interesting stories to share with you.

Let us know if you’ve been, and what your favourite work on display is – Tweet us or find us on Facebook. 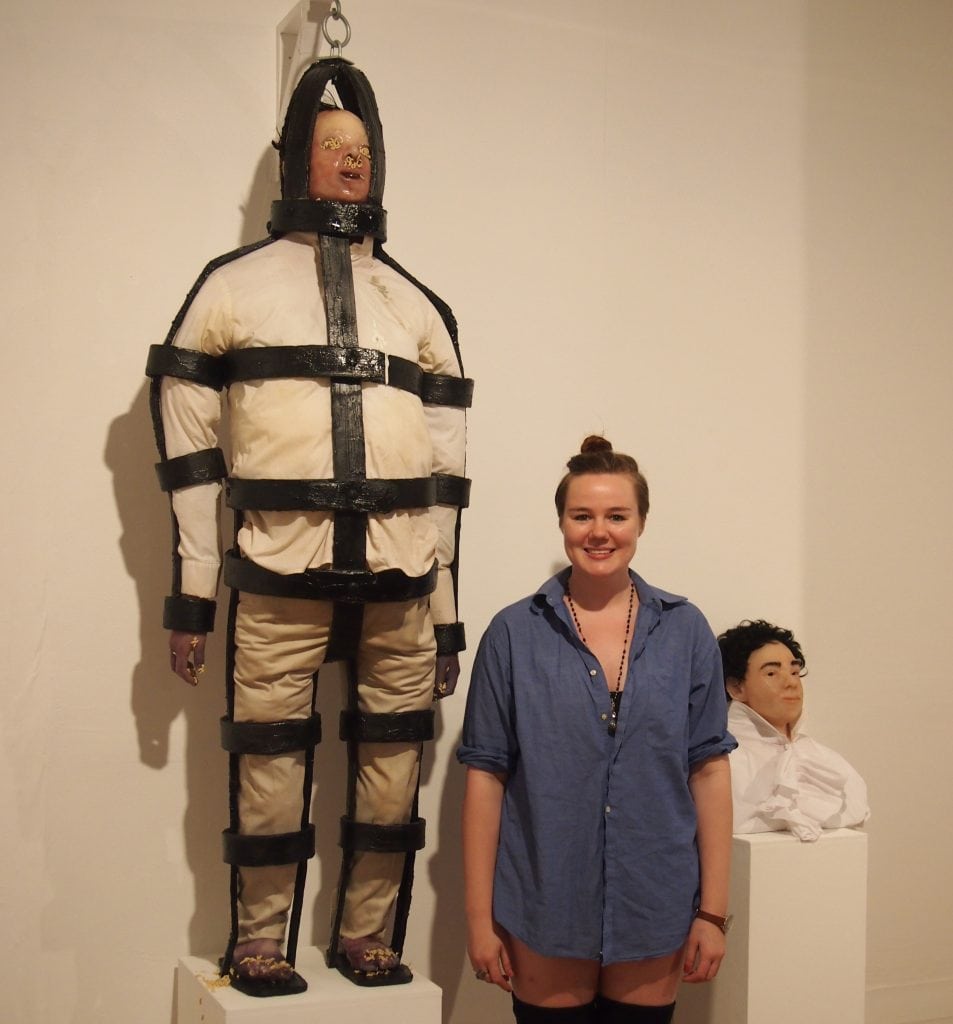 This blog post comes with a warning: Sarah Jaworski’s Masters Show presentation is not for the faint of heart!

Sarah, who studied MSc Forensic Art & Facial Identification, discovered the story,and skull, of Jerry Abershaw, a murderer who shot and killed a police officer, was hanged and hung in chains in public in 1795.

We met Sarah at the show, and she explained that she reconstructed Jerry’s facial features, and did a lot of research into how a body would react to such treatment – of course, the end result is gruesome and Sarah’s visual interpretation is both terrifying and fascinating. She used silicone to create Jerry’s hands and feet, which she then painted in shades of purple and red to demonstrate the bruising he would have suffered by hanging, and the wax maggots around his hands, feet and mouth would have been a result of the decomposing body left to rot outside for the days after his death.

Despite being a terrible man who endured an arguably deserving death, Sarah told us that she couldn’t help but refer to him in a friendly way, after months of spending time with him.

She said,“While I was working on parts of the final presentation, I would find myself speaking to him,saying, ‘Oh, Jerry, don’t worry, we’ll finish your feet soon,’ even though he was a bad, bad man!” 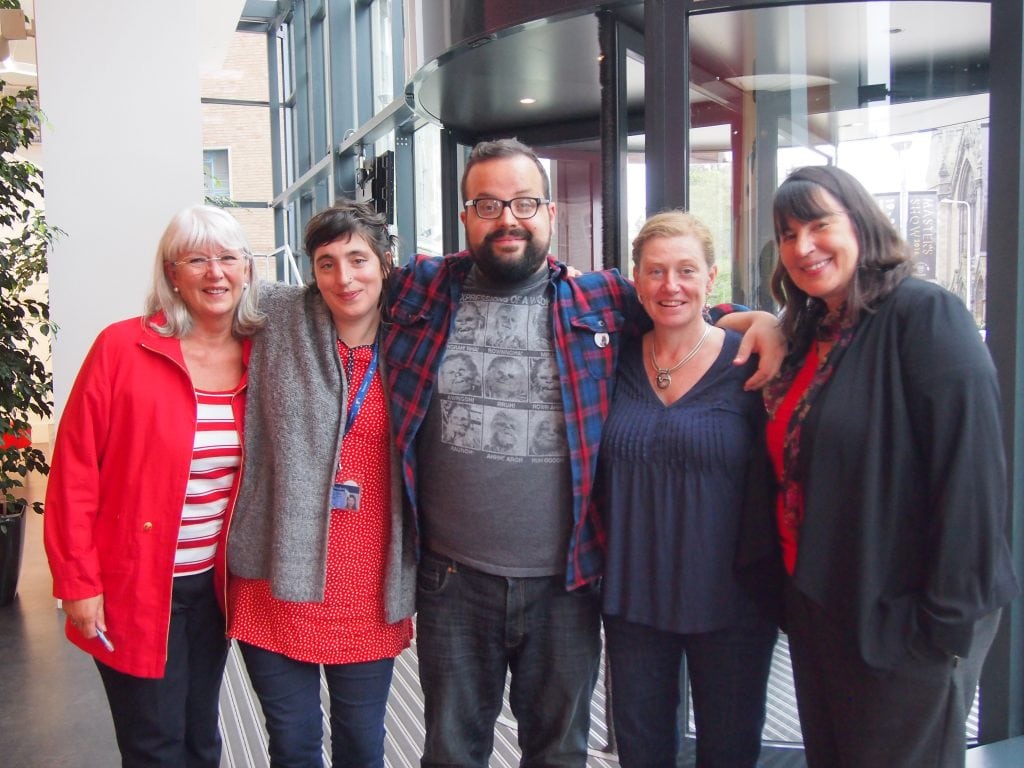 There’s a special prize up for grabs for MFA Art and Humanities students. For the past five years the Fife Decorative and Fine Arts Society has headed up a prize for students on the Masters course and, each year, they give two students a £1000 prize to further their career.

This year’s lucky recipients were Joletta Thorburn and Siobhan Morison.

Gayle Williamson, Chairperson for Fife DFAS, commended all of the students on their work. She said, “The idea behind the award is to promote the awareness of art and promote it in young people.

“We’ve been totally blown away by the talent of this year’s MFA Art & Humanities students and it wasn’t easy to pick two winners.”

Special mention was given to Sam Gonçlaves who impressed the judges with his final film project, so much so that they’ve decided to showcase it on the Fife DFAS website. 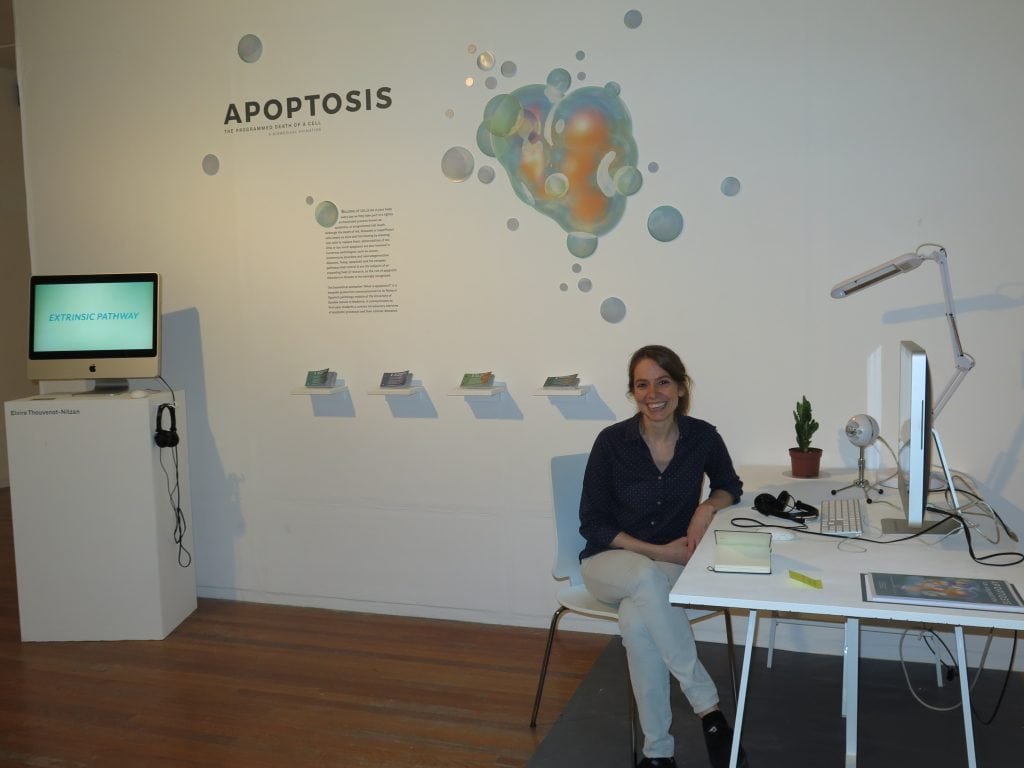 Elvire Thouvenot’s work is based around apoptosis, the process that the billions of cells that die in your body go through every day.

As part of the MSc Medical Art, Elvire created a series of illustrated flipbooks that are intended for use within the first-year pathology module in the School of Medicine to aid study. Not only are the flipbooks really cool in a retro sense, they’re expertly produced and
make learning simple for the students; the flipbooks communicate a concise, introductory overview of the processes behind apoptosis and their potential medical implications. Learning made easy? It’s a no-brainer! 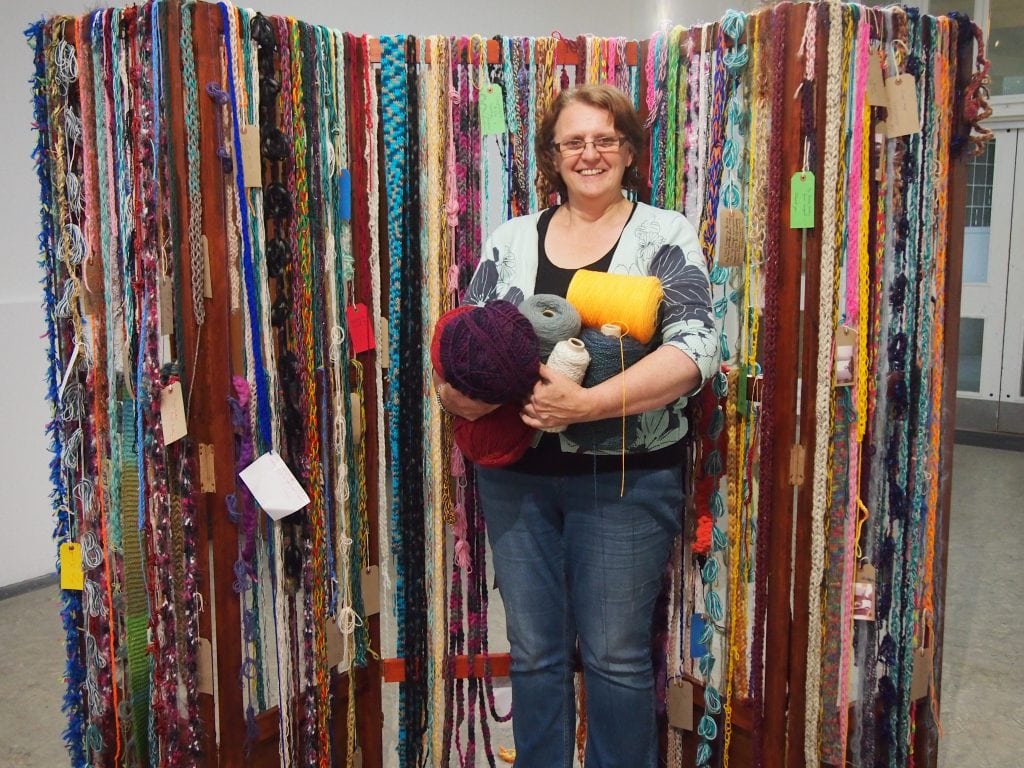 Some of the exhibitions at the Master Show are interactive – including Julie Fielding’s, who studied MFA Art, Society & Publics.

The idea behind her project was to create a woodland den, inspired those she made as a child,but also by her love of arts and crafts. Julie encourages you to sit down at her table and finger knit using the beautiful yarns available, and your creation is then added to her ever-changing installation, a simple wooden frame that hints at the feeling of protection, privacy and playfulness that dens give.

Julie has created a fantastic environment for people to take time out, relax, chat and create their own piece of art.