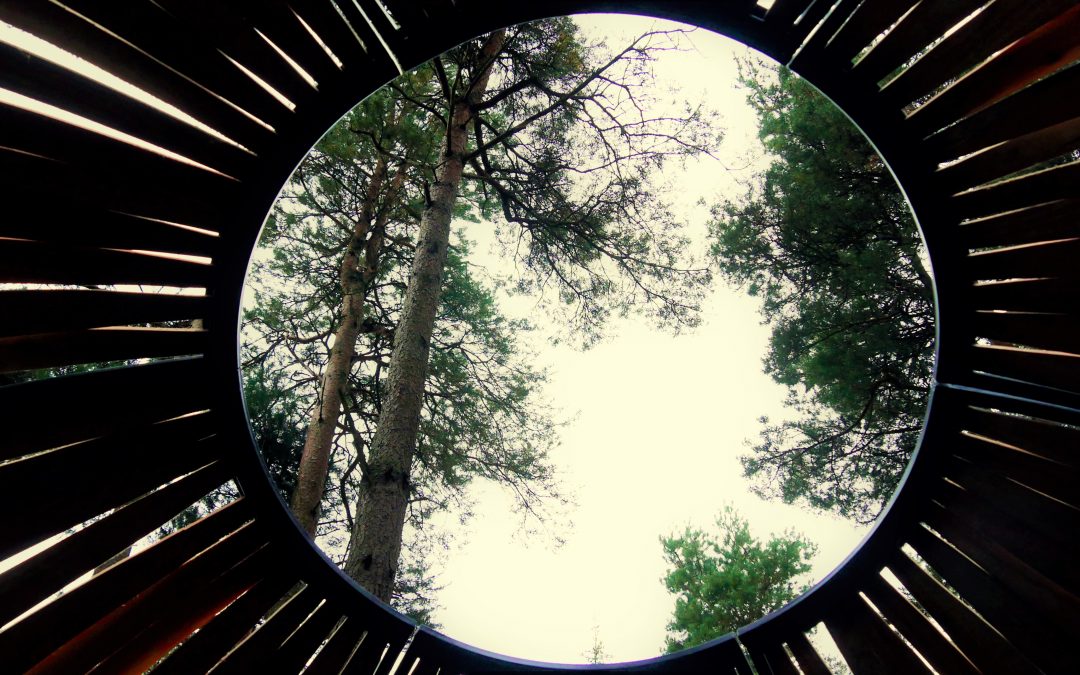 Visitors to Moncreiffe Hill Wood just outside Perth are now able to gain a new perspective of their surroundings thanks to the creative endeavours of two Duncan of Jordanstone College of Art & Design students.

Célia El Hadrati and Ian Young were this year’s winners of an annual competition run by the UK’s largest woodland conservation charity, the Woodland Trust. The competition challenges DJCAD students to come up with a piece of work that will engage visitors at the beauty spot. The students with the best concept are chosen to have their design developed and installed. The competition provides students with valuable experience of responding to commissions and dealing with clients, while the Wood gains a new artwork every year.

Célia and Ian’s sculpture, entitled ‘Scope’, appears like a domed shelter. From inside the curved wooden walls, the viewer is given a focused perspective of trees and sky. 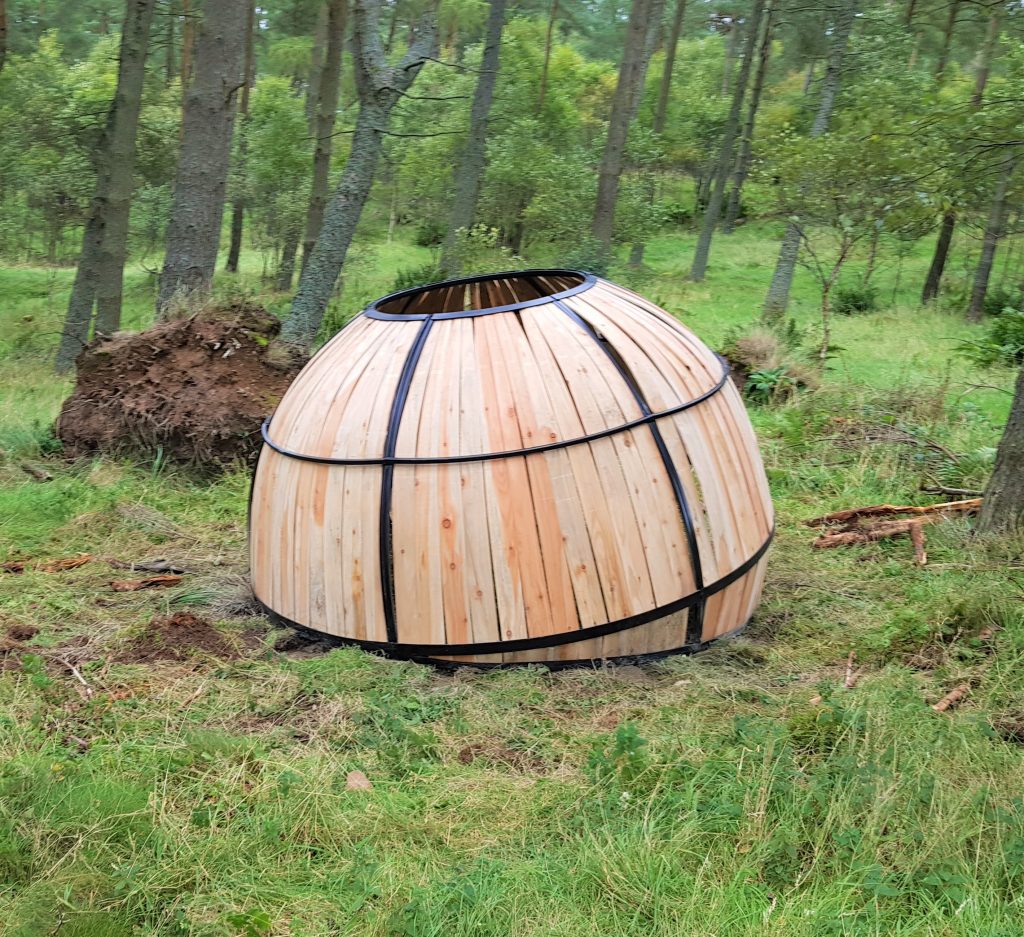 Ian explained the inspiration for Scope, saying, “We were inspired by the diversity of the site and wanted to create something that would encourage new kinds of engagement with the hill and interest all age groups.

“Célia and I decided to submit a joint proposal as, after spending time of the site, we realised we had a shared interest in the various aspects of the landspace and an engagement with nature. Once the project was approved we worked with Jill Aitken from the Woodland Trust over the following few months to work on various aspects of the project, including materials, construction, transportation and installation.

“Scope was developed and fabricated in the DJCAD studios and workshops. We would like to thank all of the academic and technical staff who supported the project throughout, particularly Pernille Spence and Jason Shearer.” 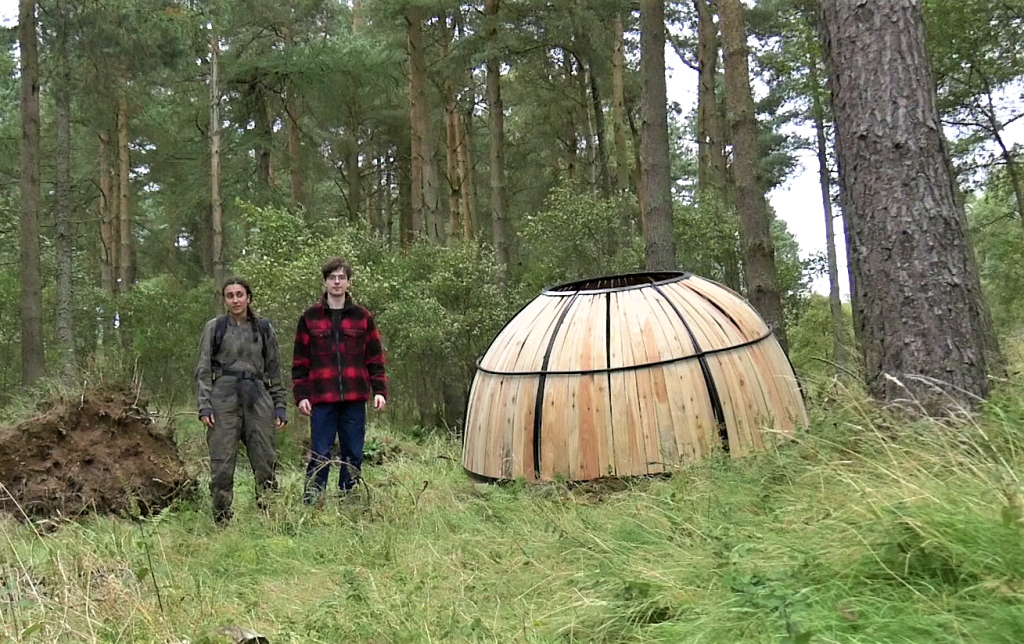 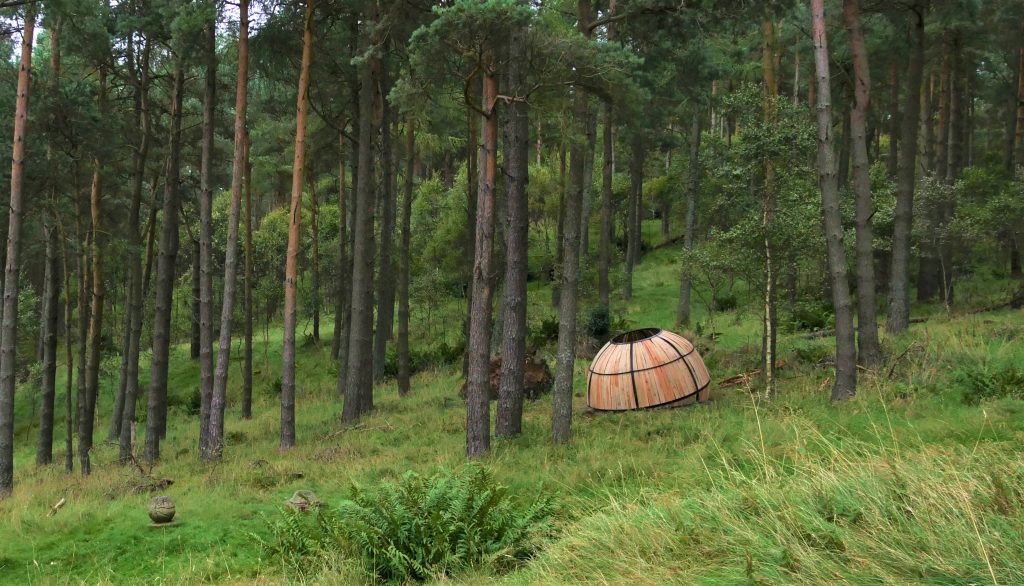 Celia studied at DJCAD as a Fine Art exchange student, while Ian studies on the Art & Philosophy course. The work was created during the third year of their studies and permanently installed at Moncreiffe Hill’s sculpture trail in September.

The competition has run since 2011, when Madeline Mackay became the first DJCAD student to have their work installed at the wood. Other competition-winning entries since then include Kirsty Dalton’s wooden bees and their hive (2014), Cate Newton’s animal footprints in stone (2015), Ken Bambury’s life-like wooden woodpecker with real pecking power (2016) and Caitlyn Vesey’s pair of hares (2018).

Woodland Trust Scotland site manager Jill Aitken paid tribute to the DJCAD students and alumni who feature saying, “We have had various professional artists as well as the students produce pieces for the site over the years. The wood probably has more art than many galleries now. Some of the works are quite visible as you walk around, but you have to be very observant to spot them all. Scope is a very welcome addition.”