Dundee and CERN – a new collaboration 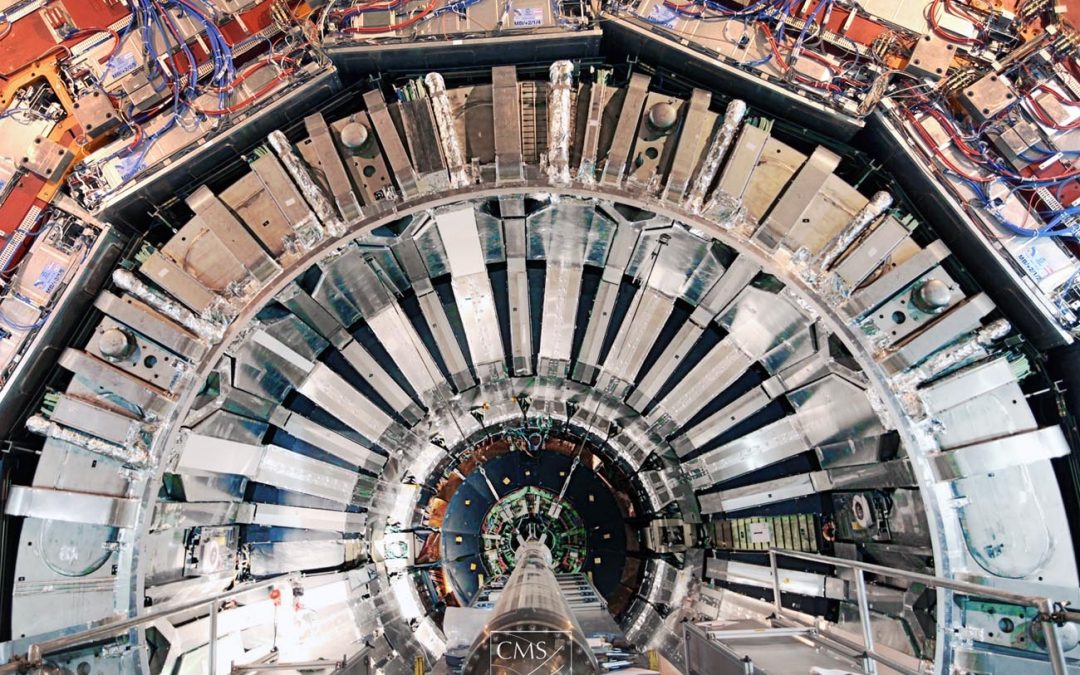 It is the biggest science experiment in the world, the place where the elusive Higgs boson particle was finally confirmed to exist. It is also where the multi-disciplinary demands of running such a complex project led to something as incidental as the invention of the world wide web.

Now students and staff from the University are being given the opportunity to work with CERN, , home of the Large Hadron Collider. It was announced at the start of this year that the University has become a partner of the CMS Collaboration at CERN.

Dundee is the first Scottish university to join the CMS Collaboration, and is one of only five UK institutions, joining Imperial College London, University of Bristol, Brunel University London, and the Science and Technology Facilities Council.

Mathias Kasemann, CMS Collaboration Board chairperson, said, “We are delighted to welcome the University of Dundee as an associated member institute in the CMS collaboration. Based on the strong expertise of the Dundee partners, several projects have been proposed with some already being taken up.”

Prominent among those have been opportunities for students to get directly involved with CERN, with projects coordinated by Professor Robert Keatch, Head of Engineering and Applied Sciences. 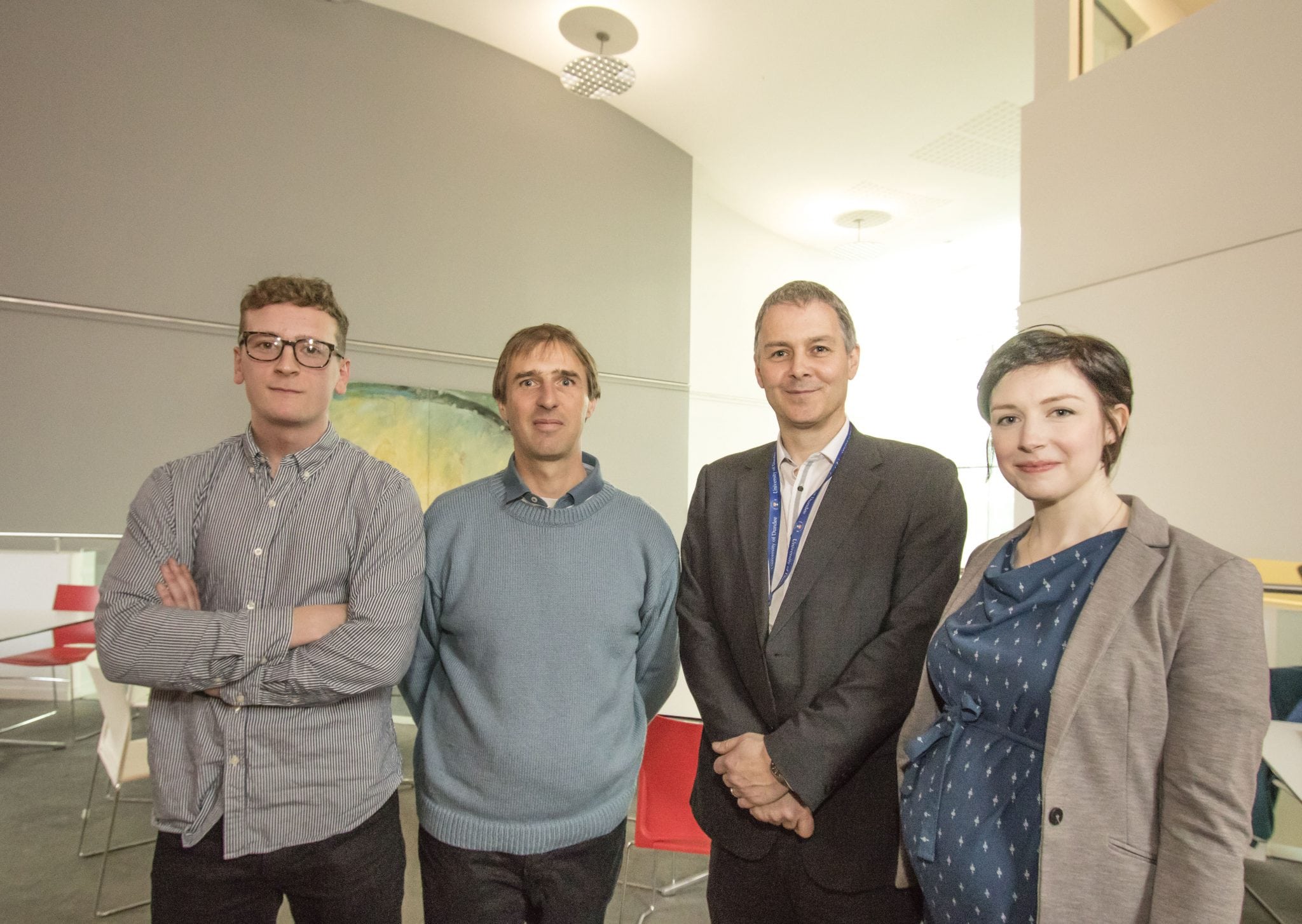 Laird Hiles (23), from Northern Ireland, is doing his final year honours project in Mechanical Engineering. He was originally drawn to Dundee by the standard of research being carried out here, and is delighted to now be working with such a high-profile partner as CERN.

“When I saw the research going on here at Dundee it really appealed to me to be part of that community,” said Laird. “This project and the opportunities with CERN have really highlighted that again for me. It’s great because it is an opportunity to work in collaboration with some of the people who are at the forefront of technology. As soon as I saw CERN’s name on the list of possible projects I thought I want to work on that.”

His project is looking at solving a problem CERN has in maintaining the cooling fans that are a crucial part of keeping the experiment running.

“Under the caverns, around 100 metres deep, there are massive amounts of processors which generate a lot of heat,” explained Laird. “They have to be fan-cooled, as the heat can affect the experiment, but the fans in turn are affected by the radiation generated from the experiment. I’m looking at how these fans can better withstand the conditions and be more resilient.”

The project reflects how the different aspects of the CERN project have to be aligned to ensure success.

“The culture of collaboration across all disciplines at CERN is hugely impressive,” said Laird. “On the engineering front alone it is all kinds who are involved – electrical, civil, mechanical, theoretical, structural. It is a culture that is devoted to getting the very best from different disciplines to achieve results. It is something that should be reflected in all big business and CERN do it very well.

Crawford Ritchie (21), from Aberdeenshire, is doing his final year project in Mechanical Engineering with Renewables. His CERN project again shows how the sheer scale of the experiment demands all kinds of new technological solutions.

“My project is about trying to recycle energy from the cooling systems at CERN and looking at how they could use more renewable energy solutions such as wind turbines and solar panels,” said Crawford. “I have a suggested solution and it is crazy to think that my ideas may become part of the mix that CERN uses to make the experiment work.”

Crawford was keen to work on the CERN project having already visited the site on the Swiss-French border.

“I’ve visited CERN before, and am going back this year, with the Physics Society. When Robert Keatch mentioned there was an opportunity to do an energy project with CERN I was immediately interested. A lot of people think of CERN as being a `physics thing’ but there is a huge demand for engineering solutions.”

Crawford has no doubts as to the impact the CERN collaboration can have on engineering and other subjects at Dundee.

“I think someplace like Aberdeen has benefitted a lot from the association with the oil and gas industry. I think the partnership with CERN does the same for Dundee. It is something real and tangible that students can get involved with, working with the biggest science experiment in the world.”

The University of Dundee is engaged with CERN on a number of other projects, notably through work led by Professor Amin Abdolvand, Chair of Functional Materials & Photonics. The development of new processes and technologies could impact on the next major upgrade of the Large Hadron Collider at CERN, the so-called High-Luminosity Large Hadron Collider, which aims to increase the potential for discoveries after 2025, unlocking more of science’s greatest mysteries going back to the ‘Big Bang.’

The Compact Muon Solenoid experiment (CMS) is one of the two “general purpose” detectors situated on the Large Hadron Collider at CERN, the other being ATLAS. Occupying a cathedral-sized cavern under the ground near Cessy, France, and weighing in at around 12,500 tonnes, the CMS has been designed to probe the smallest constituents of matter in an effort to understand some of the most profound questions we can ask of nature.

The CMS Collaboration involves over 5000 particle physicists, engineers, technicians and students from around 200 institutes and universities from more than 40 countries.

Find out more about CERN