Dundee at the Women in IT Excellence Awards 2019 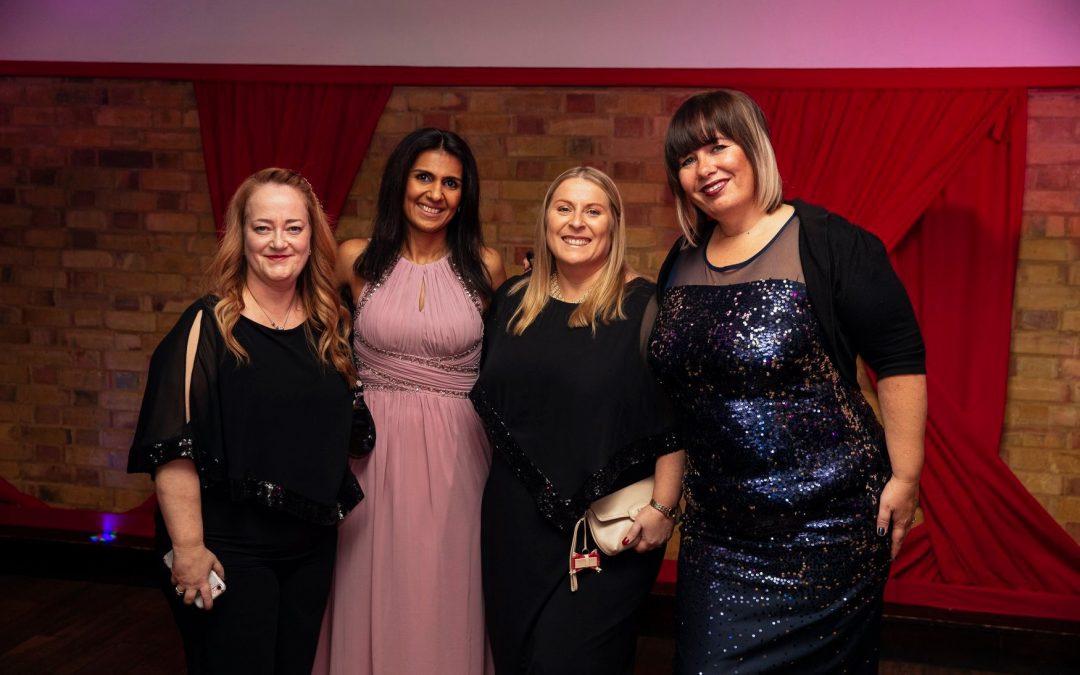 The Computing Women in IT Excellence Awards is an industry event which promotes the amazing female talent within the IT sector, and the University’s IT department had two staff members named as finalists: Sumedha Asnani-Chetal (Transition Specialist, Infrastructure and Security and Research Computing) was named finalist for Outstanding Returner Award, and Jill Martin (Service Delivery Manager, End User Services) for Woman of the Year.

The awards are designed to showcase and champion the many success stories of female talent rising up in an industry where far fewer women are working in the sector than men, with the issue even more prominent at senior levels.

IT made it possible for Julie Christie (Assistant Director of IT, Service Delivery) and Gwen Oliphant (Infrastructure and Security and Research Computing) to accompany Jill and Sumedha to London to attend the awards ceremony, where they shared a table with some old and some new friends from the universities of St Andrews and Lancaster. 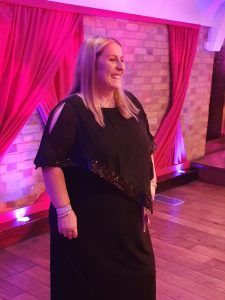 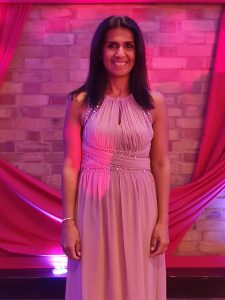 Having glammed up for the black-tie event, the foursome made their way to The Brewery (posher than it sounds), navigating the cobbled streets and lots of stairs in their eveningwear. These were minor obstacles in the way of the ladies’ mission to have a totally relaxing, happy time (stairs, heels, a glass of bubbly – oh, the horror!). The rooms were decorated to a butterfly theme (no, we don’t know why) and looked lovely. Thankfully for all, the technology worked perfectly, as you would hope given the audience! 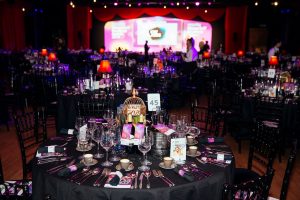 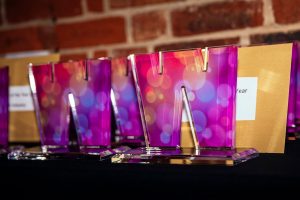 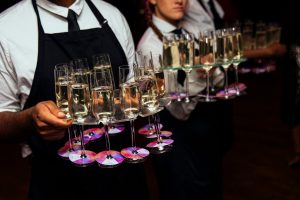 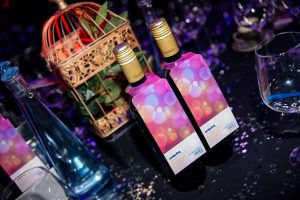 Welcome drinks allowed Julie, Gwen, Jill and Sumedha to take some pictures and look at the silent auction items on offer, where proceeds to Peas.co.uk who build schools in Zambia and Uganda to help increase access to education for girls. Currently, only 1 in 15 women there are in school. While this is a great cause, the four were unable to bring anything back but enjoyed the bartering of the bidders. 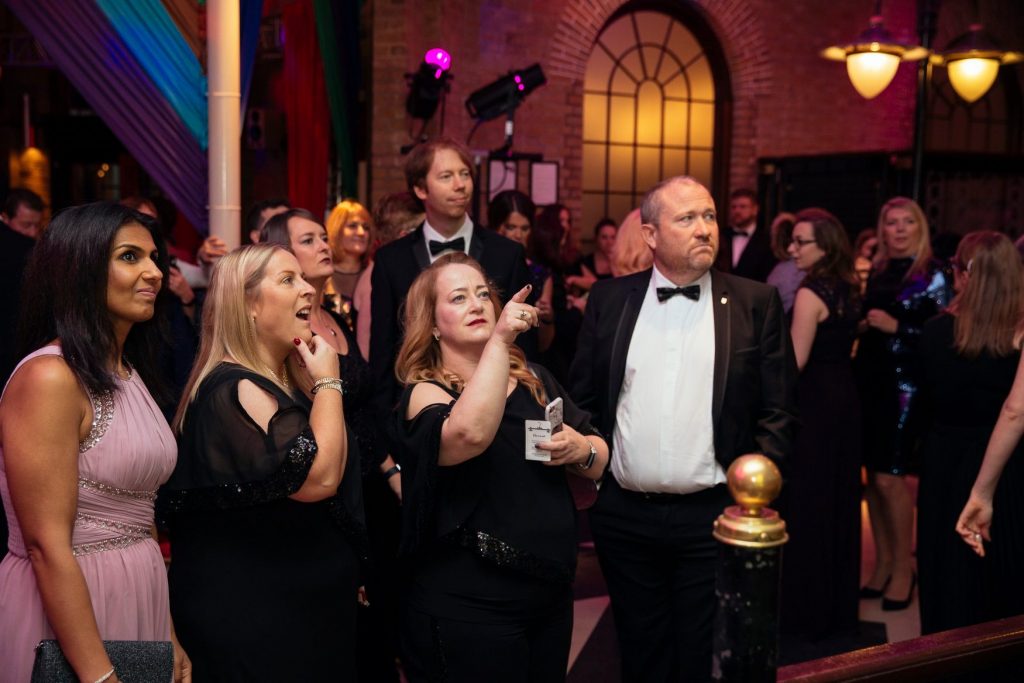 Before dinner, a speech was given by a very inspirational woman, Martine Wright MBE, a British sitting volleyball player who lost both of her legs in 2005 during the Aldgate Underground explosion in the 7/7 London bombings. Martine explained that central to change (in personal or professional life) really is “what you do with what happens to you. YOU choose your destiny and don’t underestimate the power of a positive mindset”. (You can find out more in Martine’s book “Unbroken: My story of survival from 7/7 Bombings to Paralympic success”.) 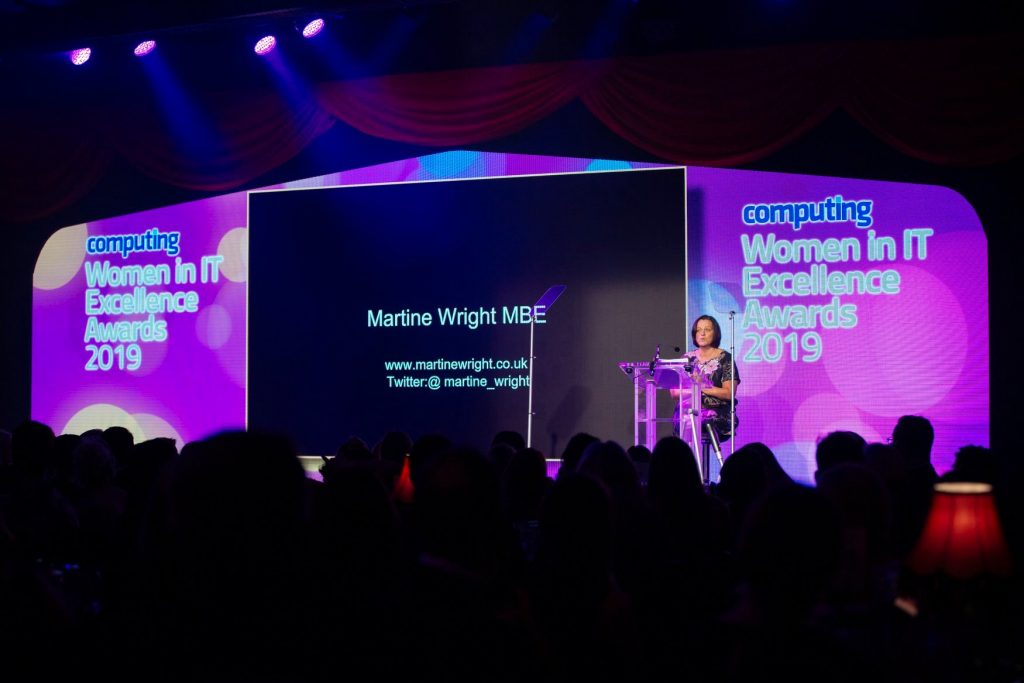 Unfortunately, our finalists did not bring home their awards (full list of winners on the website). But in true Dundee fashion, they were cheered very enthusiastically when their nominations were announced. 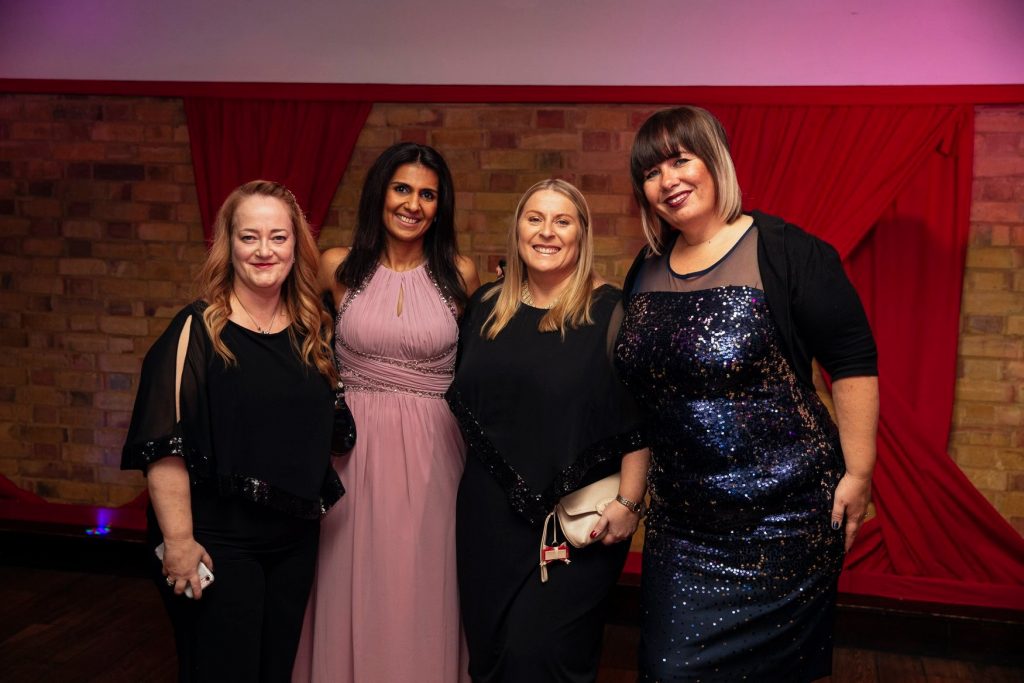 Gwen told us that it was a very positive experience to hear the support given to all the finalists – the sound of a room of women cheering on other women was both moving and motivating. It was very nice to see that a lot of men were also in attendance to support the nominees as changing the gender imbalance needs to be promoted by everyone in a leadership role to inspire the next generation of women in IT.

See all the photos from the event on the Computing Facebook page.