From the Tay to the Thames: Dundee students make a historic splash at Henley 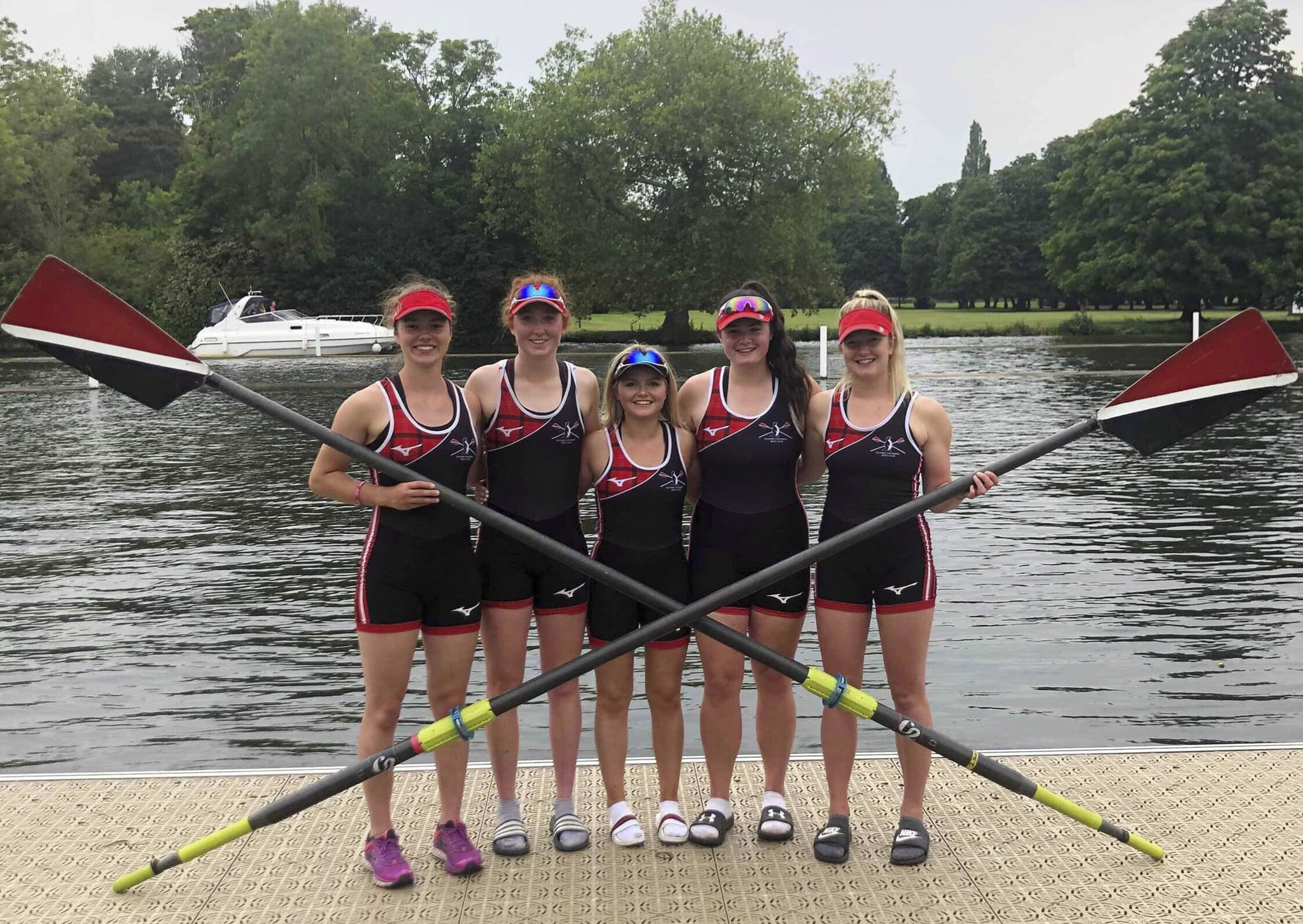 If you had mentioned Dundee in rowing circles 12 months ago, many teams would have simply shrugged their shoulders and looked a little confused. But now, thanks to the efforts of five University students, the name Dundee is no longer a rank outsider in the world of rowing – after they powered their way into the finals of one of the sport’s most prestigious rowing competitions.

For the first time in more than 14 years, the ladies of the Dundee University Boat Club (DUBC) took on the best rowing has to offer, reaching the final of the hotly contested Development 4+ event at Henley’s Women Regatta. 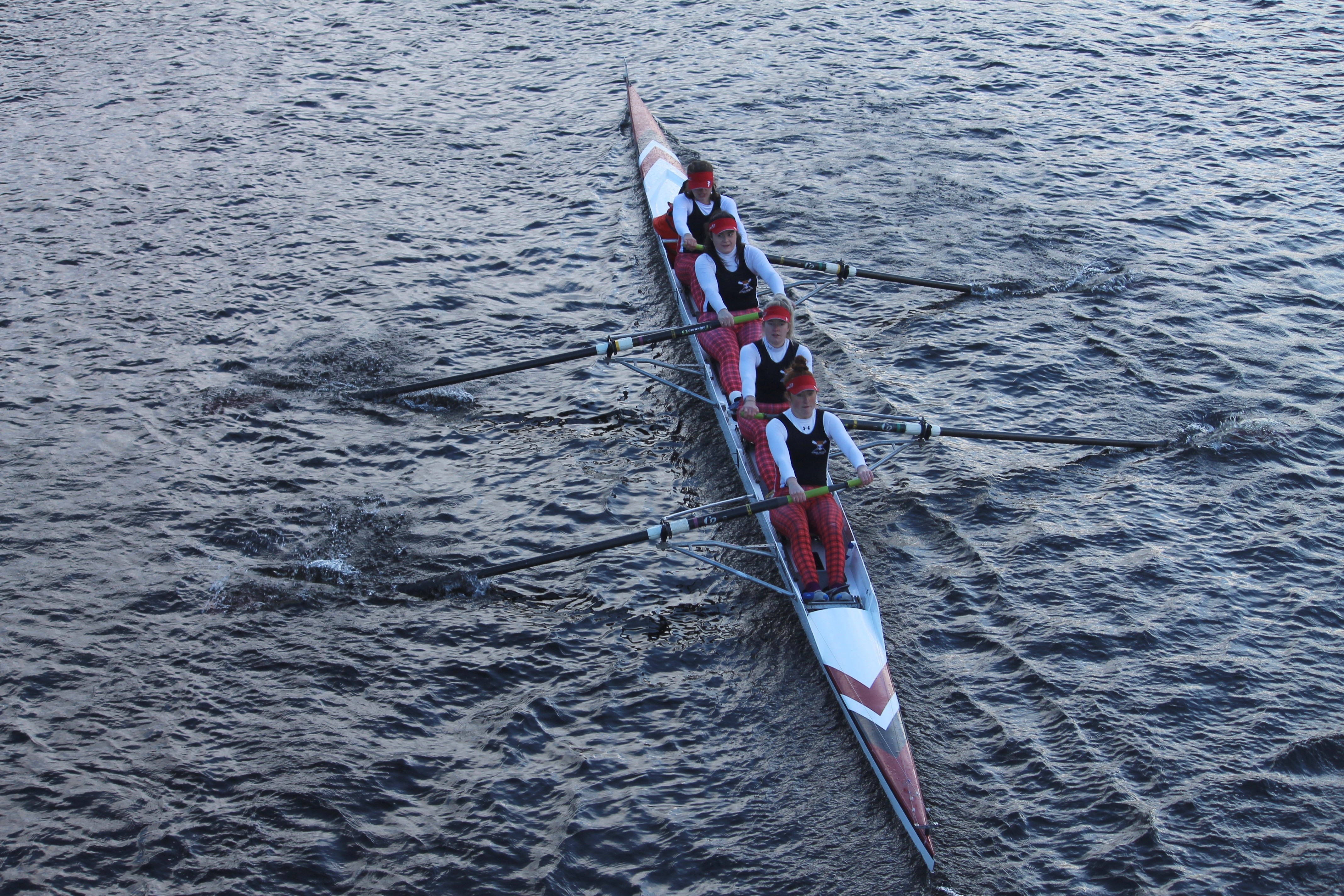 The Dundee squad who usually train in all weather conditions on the Tay, headed to warmer waters to race at Henley.

The crew were given support from current students, staff and alumni including the five-time Olympic medal winner and Dundee honorary graduate Dame Katherine Grainger. Reflecting upon their accomplishment the team said that even they were amazed to reach the finals.

“We never expected to make the final but to be there was incredible after the months and months of hard training,” said Eleanor, who missed her graduation to attend the races.

“It was also amazing to hear from so many friends, alumni and just random folk offering us their support and congratulations.

“To get that far for such a small fairly unknown club with limited facilities just made it all the sweeter and shows that anything is achievable with hard graft.”

Used to training in all kinds of weather on the Tay, the crew took to the warmer waters of the Thames to prove that Dundee belonged among rowing’s more celebrious names.

Eleanor explained, “Personally it was really emotional and to say my final race in Dundee kit was the final of Women’s Henley is such an apt way to end four years in a club that has meant so much.

“Unfortunately our crew won’t be sticking together as I’m graduating and off to Australia to coach rowing for a year. The rest of the girls are definitely going to be keeping up the rowing and hoping to dominate in Scotland and further south again next year. Katie will be women’s captain so is also hoping to get more of the club involved in a higher calibre of competitions.”

Coming second in the final follows a year of success on the water for DUBC. Hannah Campbell, club captain and third-year student, added, “This year has been the most successful year for our boat club. We’ve attended ten competitions and taken away 18 wins. It’s great to be able to go to competitions and hold our heads high and feel like we have the right to be there, and finish on the podium too.”

Those interested in finding out more about the DUBC, can do so by emailing: boat@dundee.ac.uk

DUBC are just one of 50+ sports clubs ran by students at the University of Dundee. All the clubs are enthusiastic about new members and many go on to represent the University and Scotland at national and international levels. To find out more about all our clubs please visit: https://sportsunion.dundee.ac.uk/clubs/