Dundee students take on the Undergraduate Awards in Dublin 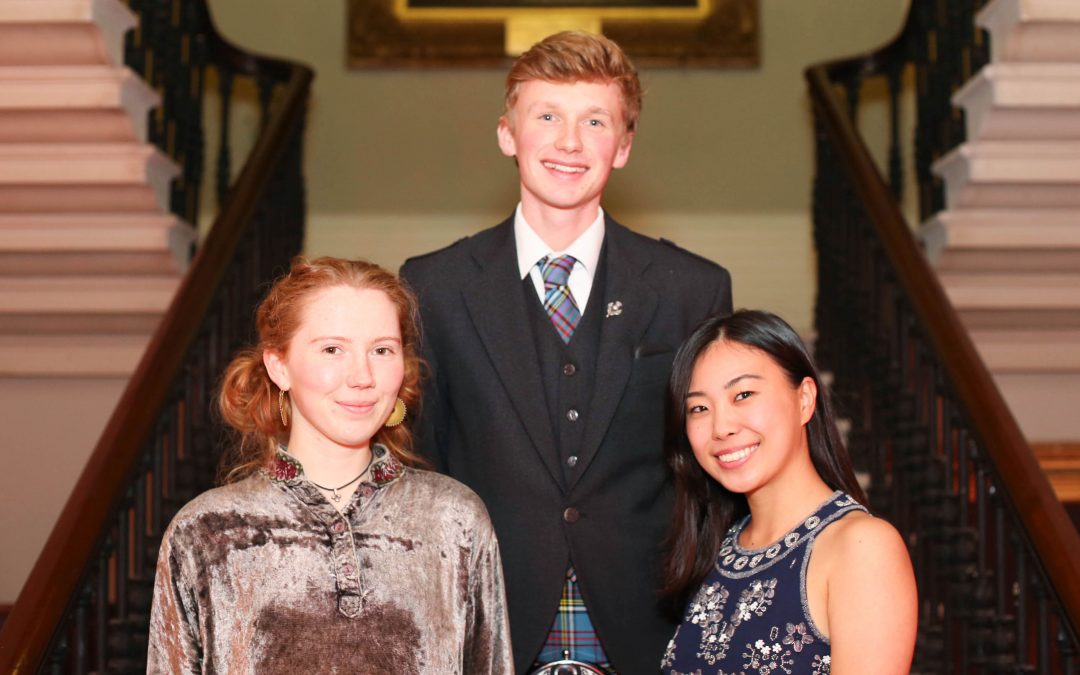 Scott Sheldrick, School of Life Sciences, reports from the Undergraduate Awards 2019 in Dublin.

Several weeks ago, I received the exciting news that my Honour’s thesis, entitled “An Investigation into Lodicule Identity and Development in Barley”, was highly commended after submission to the Global Undergraduate Awards. The thesis, based on work in the lab of Dr Sarah McKim at the James Hutton Institute, investigated a number of genes controlling development of the barley flower. Soon after, I discovered that out of the Highly Commended entries in the Life Science category, I had been selected as the regional winner for Europe. This news fairly put a spring in my step and meant that I was invited to the Global Undergraduate Awards Summit in Dublin in November.

Excitingly, several other entrants from Dundee had also been successful, including several of my friends from the School of Life Sciences whose work was highly commended. Additionally, I was informed that Waco Yokoyama from the School of Humanities had secured a highly commended entry for her thesis in philosophy, “An Ontology of Childhood in Cinema”; and that Lola Knibb from Duncan of Jordanstone College of Art & Design had been named regional winner for Europe within the Visual Arts category for her work entitled, “In a Land with no Sea”. 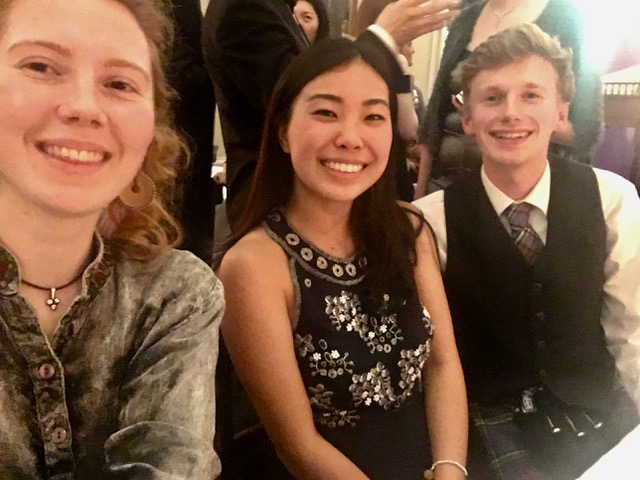 Waco’s thesis sought to address a gap she had identified in the Existential study of being and the self; that of the experience of childhood. Typically as explored by many philosophers from Sartre to Heidegger, the childhood view is ignored, or regarded as an incomplete version of the adult experience. Waco instead examines children as distinct but equal to adults using world cinema as her source of investigation. She concludes that the perspective and attitude of the world that the child has seem to have qualities which can be beneficial particularly to the global issues of today. Lola’s work is in response to the exhibition “Kites of Peace” by Fabricants de Futur alongside the people of Afghanistan, which explores social and political issues in the country. Lola has created a beautiful nine-panelled story depicting a child’s metaphorical journey to bring love and friendship to someone on the other side of the world, who will then propagate those feelings onwards. The panels are ceramic and illustrated with a unique combination of screen-printing and hand painting and sit in a gorgeous velvet-lined wooden box accompanied by a printed book which explains the piece through poetry.

Flash-forward several weeks, and I have just returned from Dublin after attending the summit with Waco and Lola. It was my first visit to the Republic of Ireland, and I enjoyed the chance to take a break from my current studies and explore Dublin. As a fan of a) exploring new places, b) traditional Irish music, and c) bridges (there are a lot of them, from all different eras, crossing the river Liffey in Dublin), I was set for a good few days.

On day two of three, I met Waco for the first time, and we shared our excitement at our good fortune. Waco, like myself, graduated over summer. Unlike myself, she is currently living at home in Japan, before hoping to continue her studies in the UK next year. We shared stories of our journeys through university so far and discussed our respective subject areas. I think, as students advance through university, we can enter a bubble where we delve deeper into our chosen fields, and begin to ignore all else. It was therefore refreshing to get a taste of an alien subject, even if I struggled with the basics (there are lots of “ology-s” in philosophy. If I understand right, ontology is concerned with why things exist… I may be wrong). Equally, I’m sure Waco was thrilled to hear about the intricacies of barley genetics. Anyway, this initial experience of stepping outside my bubble was to serve as an indicator of things to come.

The award dinner itself took place in the grand Georgian building of King’s Inns, Ireland’s oldest legal institution. It was certainly the classiest event I have ever attended, with long running tables, extensive silverware, and candles abound, reminiscent of the dinner hall in Hogwarts. The room was surrounded by large portraits of bewigged lawyers from throughout the ages. In contrast to the subjects of the portraits, the large attendance at the dinner was young and diverse, with individuals from all subject areas and all corners of the globe in attendance. I, Waco, and Lola sang the praises of Dundee to those who would listen and got to hear from individuals from all around the world, with many travelling great distances to be there. 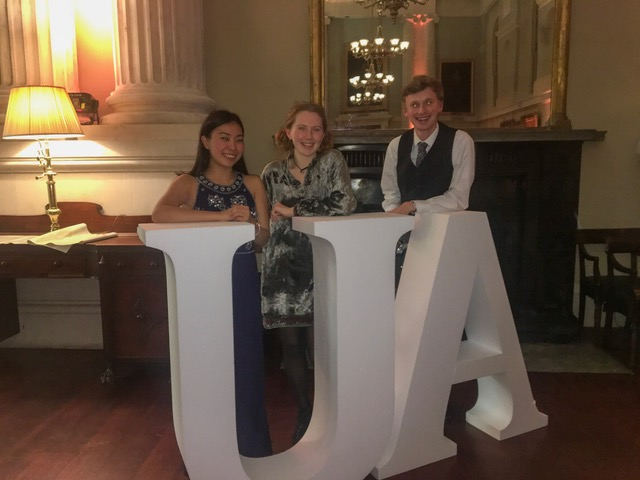 Over the course of the evening, I got to hear about exciting applications of computer science, inventive art projects, and complex economic theories, and while I did not understand everything I heard, something that was clear was the passion that everyone shared for their work. Against the worrisome backdrop of climate change and political polarisation, it was inspiring and refreshing to hear from so many bright, distinct young people all working hard to try and make a difference.

It was a great opportunity and a privilege to be able to attend the Global Undergraduate Awards this year; I would strongly suggest to anyone at the University of Dundee to submit their Honour’s theses, projects, or any other major piece of coursework to the awards for consideration.

Finally, I would like to extend my sincerest gratitude to my Honour’s project supervisors, Dr Sarah McKim and Jennifer Shoesmith, for their incredible guidance and support, without which I would not have been granted this opportunity. In addition, I would like to thank the teaching staff at the School of Life Sciences, for their constant hard work in the pursuit of our education.

Find out more about the Undergraduate Awards and our group of highly commended students in this post.