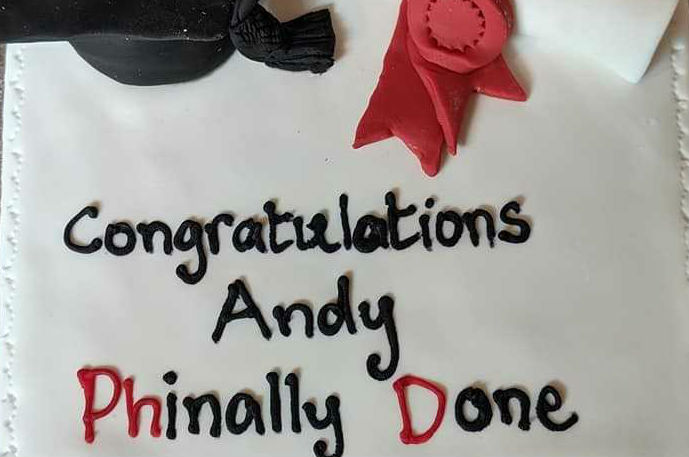 Dr Andrew McDiarmid shows how dreams can come true as he celebrates his ten year journey from online access course to history PhD at the University.

In 2009 I was working for Her Majesties Revenue and Customs. This was a job in which I met some wonderful people, but which didn’t provide much satisfaction. My wife, who I had met at HMRC, suggested university. Things then happened very quickly. I contacted the University of Dundee to ask what opportunities existed for someone like me – I had left high school with no qualifications back in 1998 and had been out of education since – and I was told about the Online Access Course.

I found myself speaking to John Blicharski, who advised me that the deadline of applications for the course had been the day before, but, if I could get an application to him by the end of the day, then he would accept it. John’s bending of the rules that day changed my life, and I am forever grateful to him for doing so. This kind of attitude to go above and beyond was something I was to become used to at the University of Dundee.

The access course went well, and in September 2010 I entered the university as an undergraduate on the History MA. I was 10 years older than most of the other students, but I like to think I blended in, and I made a number of friends. In first year I also met Billy Kenefick, a lecturer at the university. Billy’s story was similar to mine, in that he too came to university at a slightly older age. I took great inspiration from this and it pushed me to work hard. In this year I also met Alan MacDonald, who would go on to be a regular feature in my studies, even acting as second supervisor on my PhD.

During my second year I met Derek Patrick, the first of my tutors with whom I discussed the possibility of a PhD. In my head I thought the idea might be silly. As an undergraduate, lecturers can be viewed as otherworldly somehow, as something we could never be. To my surprise Derek urged me on and was central in the path I took. 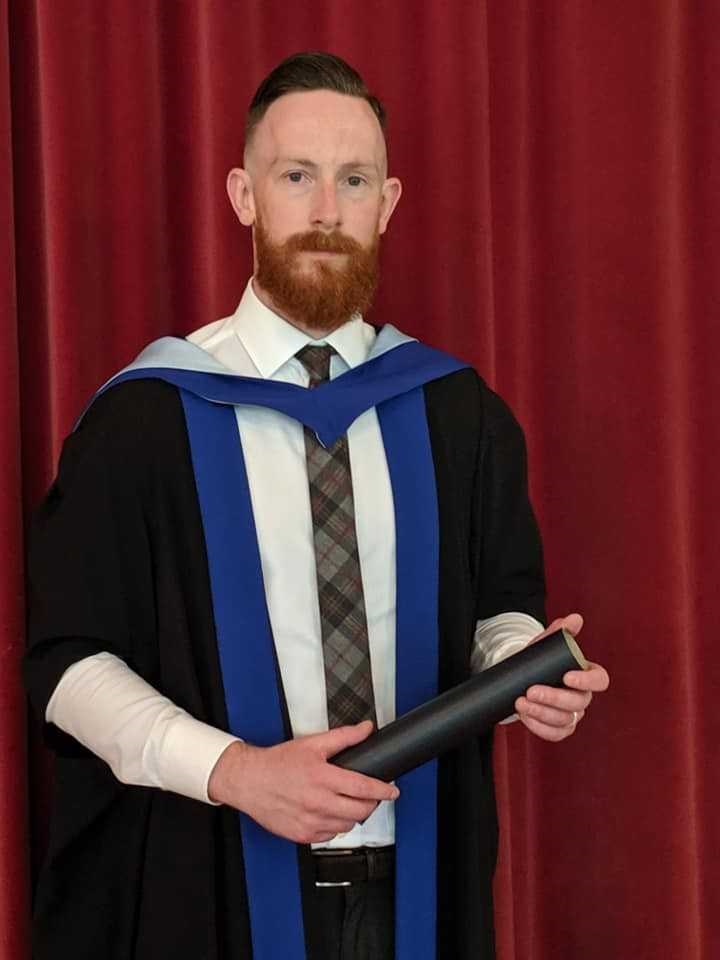 In fourth year, whilst still an undergraduate, I had my first article published. This was originally an essay written for Dr Kenfick’s ‘Red Scotland’ module, and looked at series of strikes undertaken by schoolchildren in Dundee early in the twentieth century. The article appeared in the Scottish Labour History Journal in 2014. I was elated by this big step, and dined out on it for a year or so.

After graduating with first class honours in 2014, I began an Mlitt in Scottish History in 2015. At this point I undertook a directed reading module with Jim Livesey. Professor Livesey, now Dean of Humanities, had been a tutor on a course I had taken the previous year. This module put me onto the path I am now on, as we discussed early modern finance, banking, and all things money.

After completion of the Mlitt I began a PhD funded by the Scottish Graduate School for Arts and Humanities (SGSAH).

This funding allowed me to leave HMRC, where I had continued to work during my undergraduate degree and masters, after working there for 13 years. Being involved with SGSAH was also a fantastic experience. They were supportive on many levels and introduced me to some wonderful people.

SGSAH not only provided fees and a stipend, but also funded research and other trips during my PhD. One of these was to spend 6 months at Yale University. To go from being someone who had left school with no qualifications, to now be an alumnus of the same university as numerous American presidents, politicians, world famous economists, and the Fonz! (Henry Winkler), was unbelievable.

I met some wonderful friends whilst at Yale and had a fantastic time, but I did miss Dundee. There was something about Yale that made it feel easy to get lost in. To be forgotten about. I never felt like this in Dundee, it has a real feeling of community about it. The kindness that John Blicharski showed me in 2009 has been echoed by others at the university throughout my time there, whether this was from other students, lecturers, tutors, or office staff.

Just last week I graduated with my PhD, and I am now teaching on the very online access module that I used 10 years ago as I started my academic journey. Later this year I will start as the IASH Fellow at Edinburgh University, a post which I am elated about. I also have a new article that will be published shortly in The Journal of British Studies.