From the jute mill to the catwalk 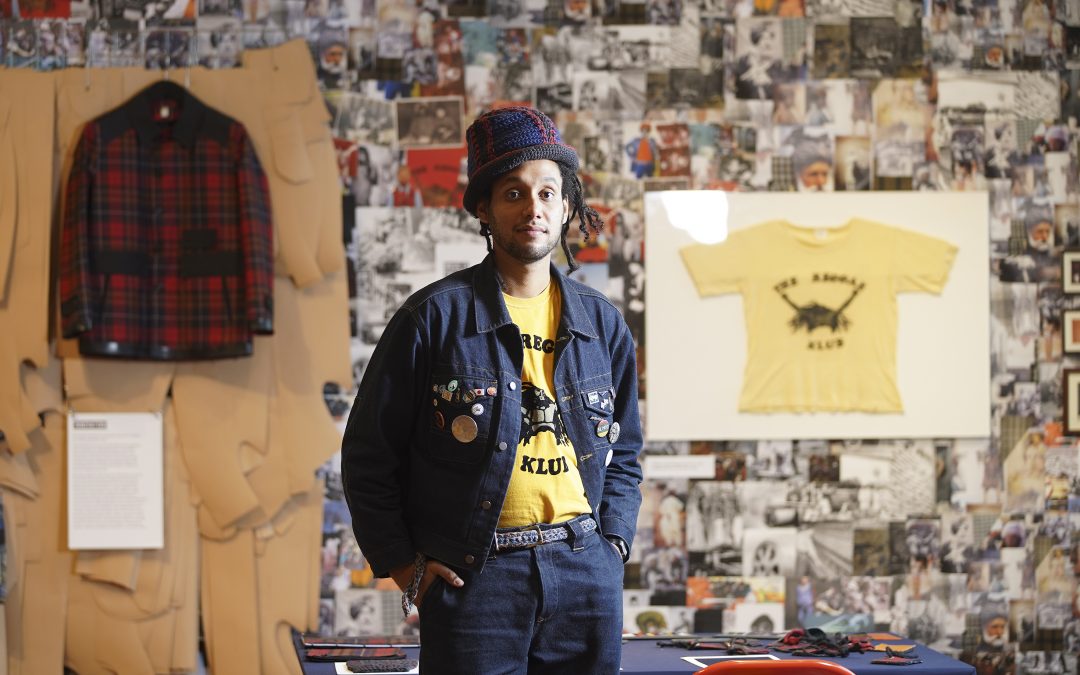 “Oh dear me, the world is ill-divided, Them that works the hardest are the least provided.”

So wrote Dundee poet, songwriter and activist Mary Brooksbank in The Jute Mill Song, her most celebrated work. The words are a fitting epitaph to this fearless champion of the common man and, due to her lifelong struggle to advance the cause of female workers, woman.

Parts of Mary’s archive were donated to the University and items from this feature in Studio Nicholas Daley, the new exhibition at V&A Dundee exploring the creative practice of the eponymous menswear fashion designer .

Nicholas is of mixed Scottish-Jamaican descent, and the clothes he creates are inspired by this heritage. His parents met at a reggae night in Dundee and went on to organise similar events across Scotland before moving to Leicester, where Nicholas was born.

His mother’s birthplace was an ever present influence on the young designer’s life, however, and he was particularly intrigued by the women in his family who had worked in Dundee’s jute mills. This led to Nicholas visiting the University Archives and being introduced to the huge range of documents, photographs and other material relating to the textile industry in Dundee. 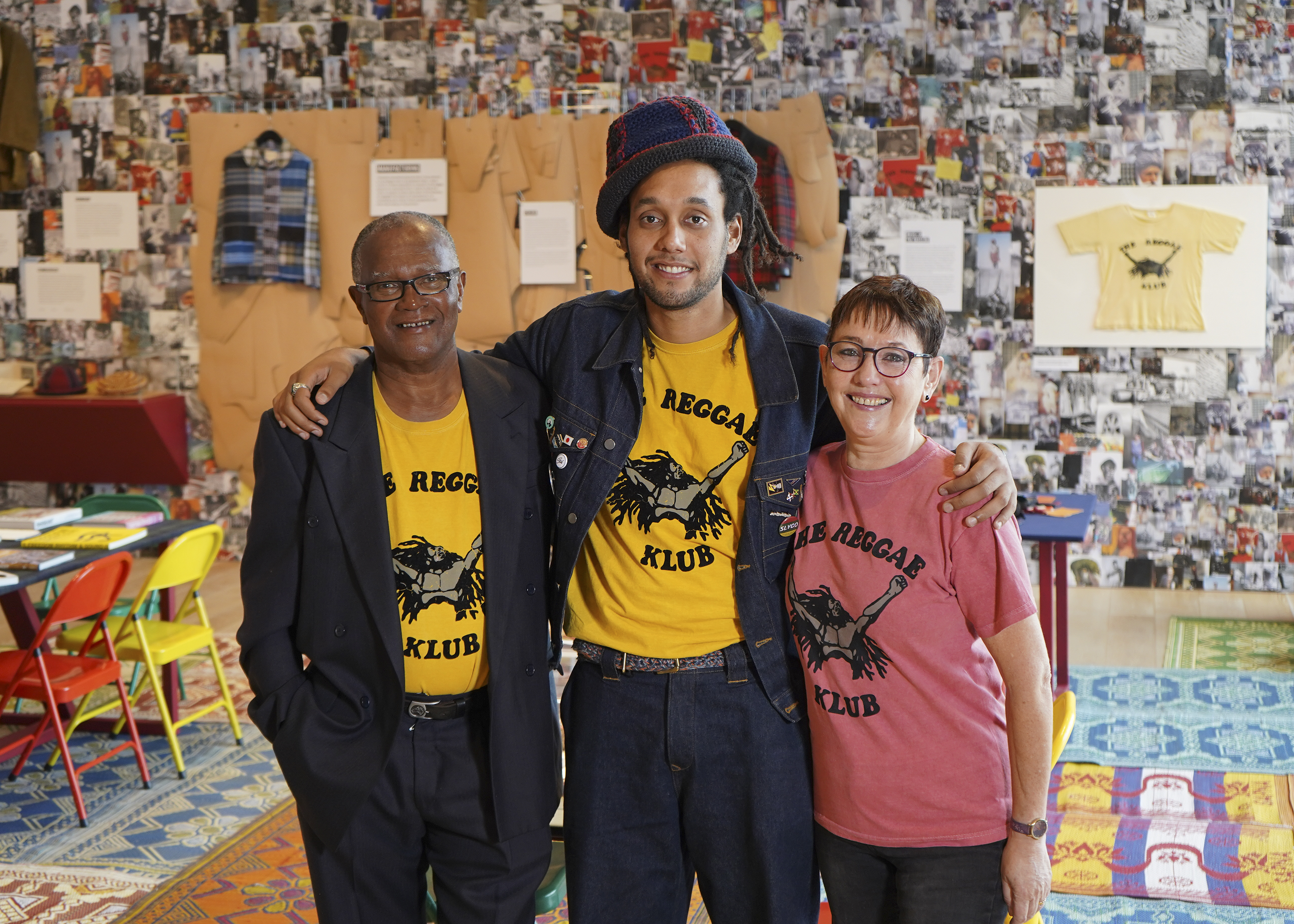 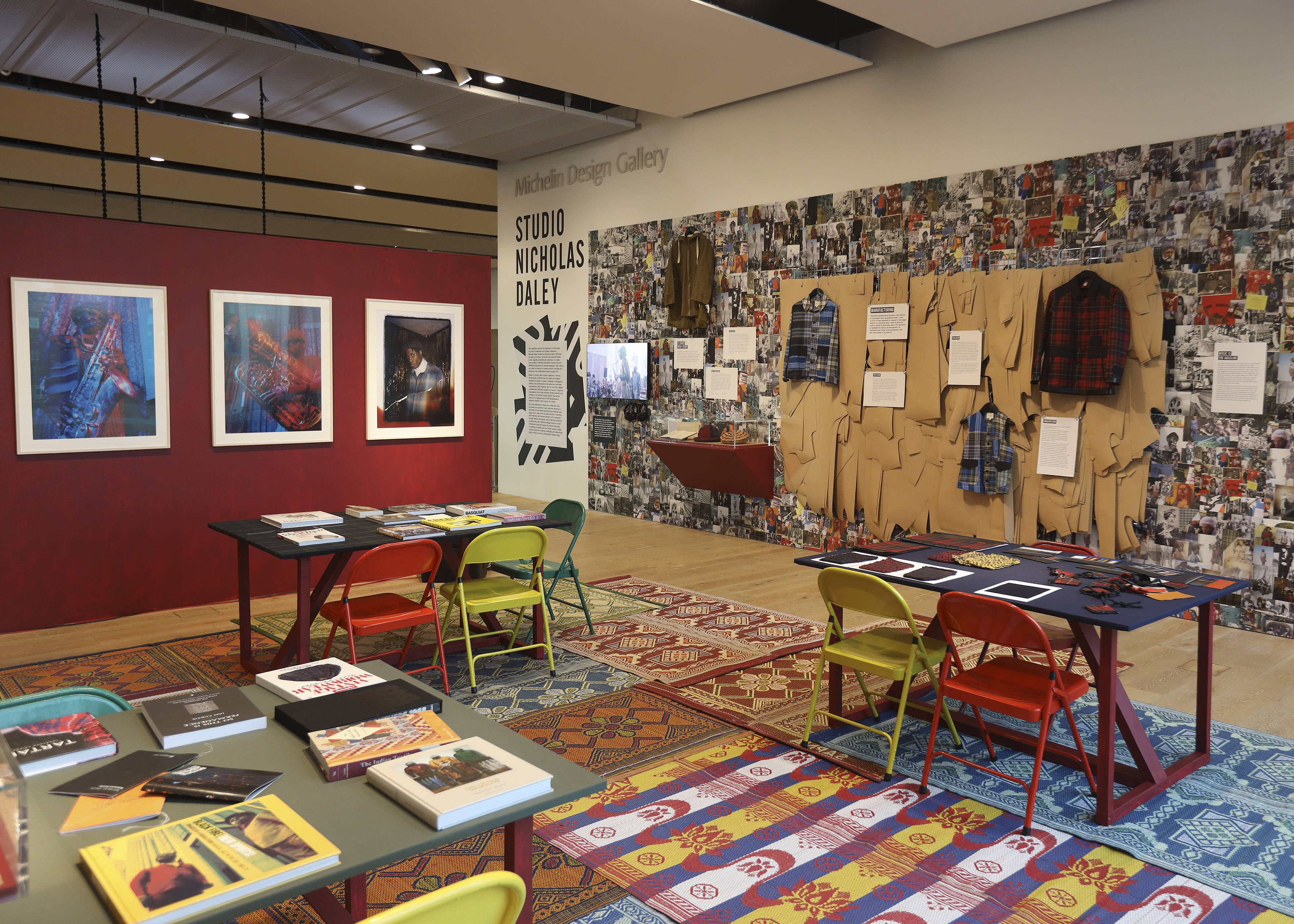 He has recreated his London studio for the show, which explores his creative processes and collaborations and demonstrates the importance of his Jamaican-Scottish heritage and music in his approach to fashion design.

University Archivist Caroline Brown said, “This is the first time that items from our collections have appeared at V&A Dundee and we were delighted to help Nicholas when he was researching the jute industry and his family’s links to it.

“He was particularly excited to learn about Mary Brooksbank and view the material relating to her, including hand-written volumes of her poetry and songs. As a Dundee millworker Mary was known among the jute and linen workers as a champion of social justice who celebrated the workers lives through song.” 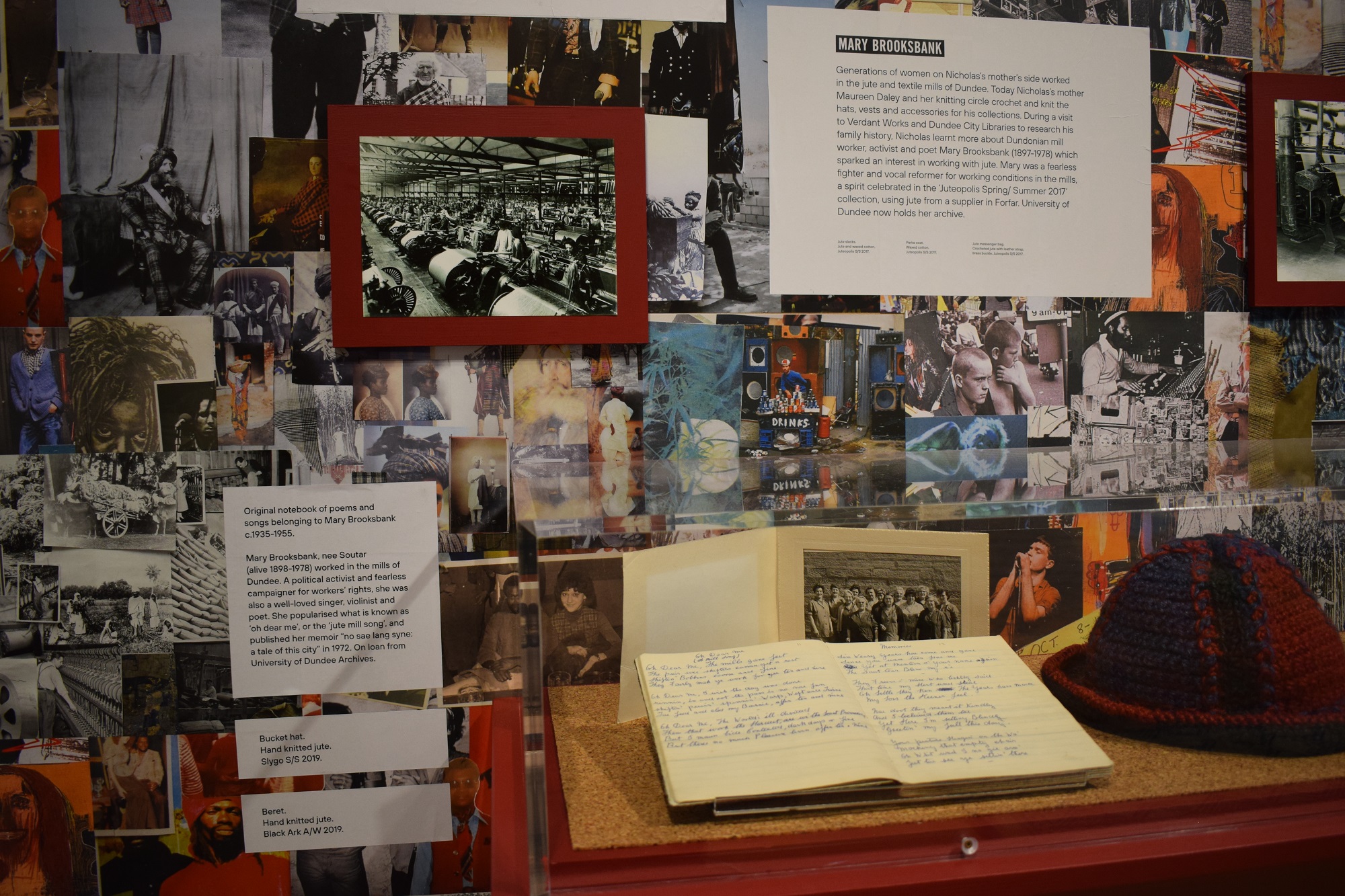 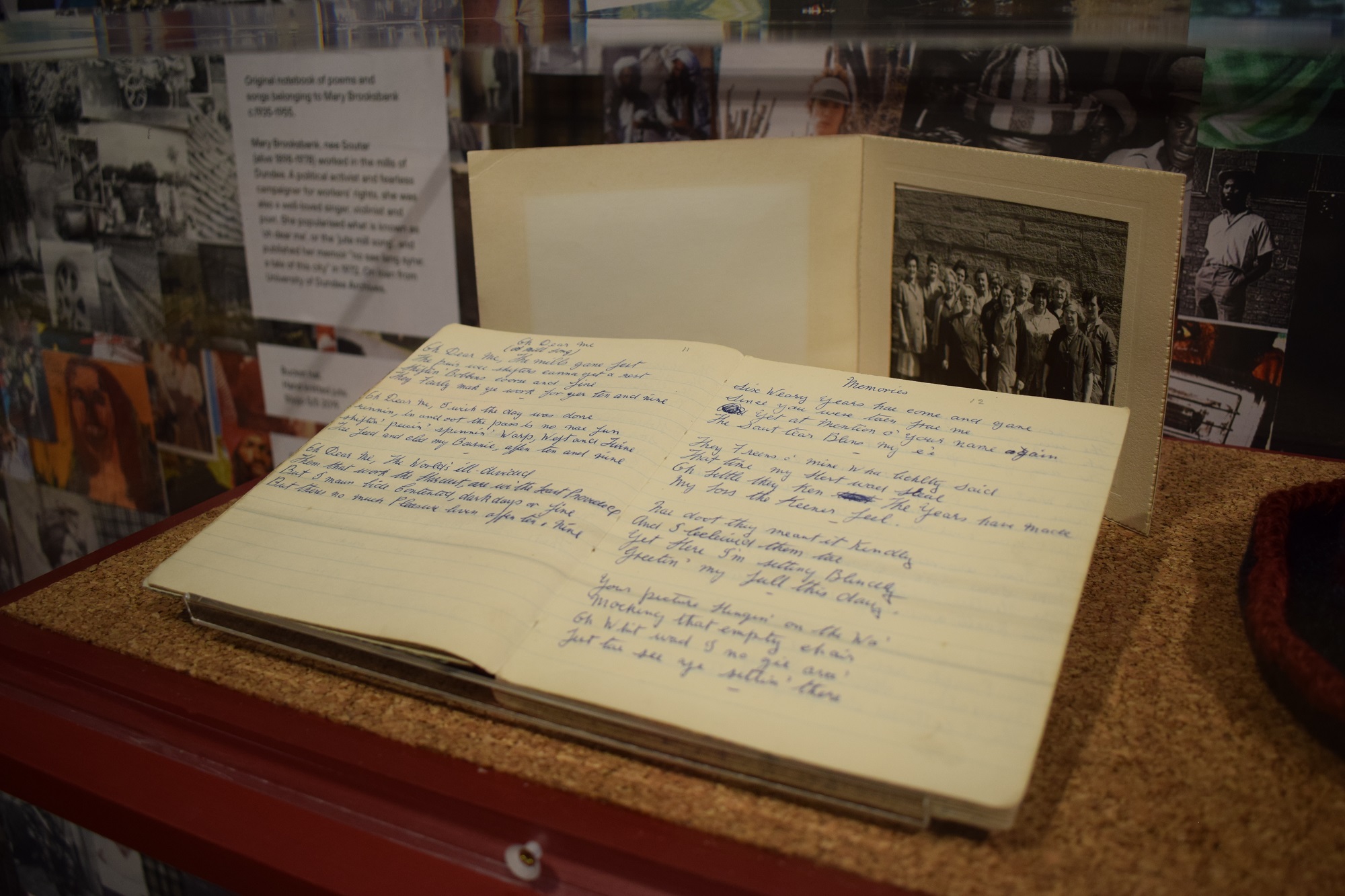 Mary Brooksbank (1898-1978) lived in Dundee from the age of eight or nine and was largely self-educated, having left school at 11. She was a long-time member of the Communist Party, before being expelled for criticising Stalin. Through her later years she entertained widely in Dundee, singing, reciting her poetry and appearing often on TV and radio. In 1966 her book of poems and songs, Sidlaw Breezes, appeared and the volume on display at the Nicholas Daley exhibition is a manuscript version. Lines from the Jute Mill Song are inscribed on the Canongate Wall at the Scottish Parliament, where she is the only female to be featured.

This combination of millworker, singer, violinist and poet inspired Nicholas and resonated with the stories about Dundee’s strong women that his family told. The manuscript volume of Mary’s songs held by the University is now on show in the exhibition alongside some of the photographs from Archives’ collections.

“Dundee’s three Js – jute, jam and journalism – were drilled into my head from a very young age,” Nicholas explained. “On my mum’s side, my great aunts and great grandmother worked in the jute mills so I owe a debt of gratitude to my ancestors of Dundee who have gone before us to give my parents, and then me and my sister, the lives we have now.

“It’s nice for me to be doing the exhibition – I’m so proud of my heritage. I guess it’s just like all these layers and different perspectives of where you come from. The exhibition is about how I’m connecting with all these different elements. My whole life has been such an interesting mix, so many Scottish and Caribbean connections.

“I’m so grateful to V&A Dundee for giving me this amazing exhibition space and the chance for people who might not have heard of me to find out more about me and my work. I hope visitors of all ages will come along and take part in this celebration of my family and heritage, and Scottish manufacturing.” 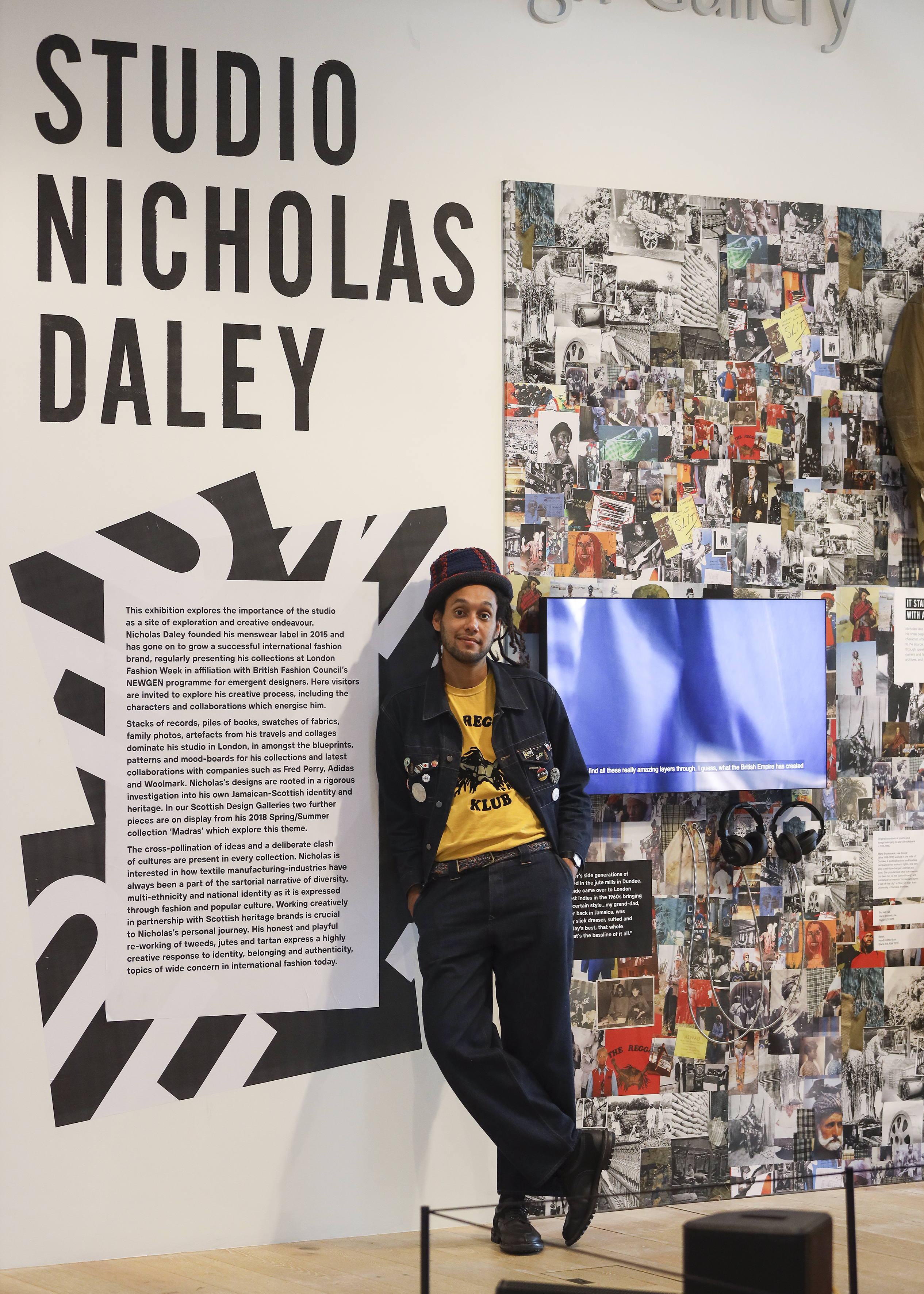 Nicholas pays homage to his Caledonian roots by working extensively with Scottish heritage brands, including Dundee waxed cotton specialists Halley Stevensons. One of the main themes of his collections are the re-working of tweeds, jutes and tartan as part of his investigation into themes such as identity, belonging and authenticity.

The original objects on display from his studio provide an insight into the inspirational prompts and rigorous research that make up his process of creating each collection. A specially commissioned film explores his personal take on these themes in more depth, while a curated playlist and fashion show footage offers a glimpse into his world. 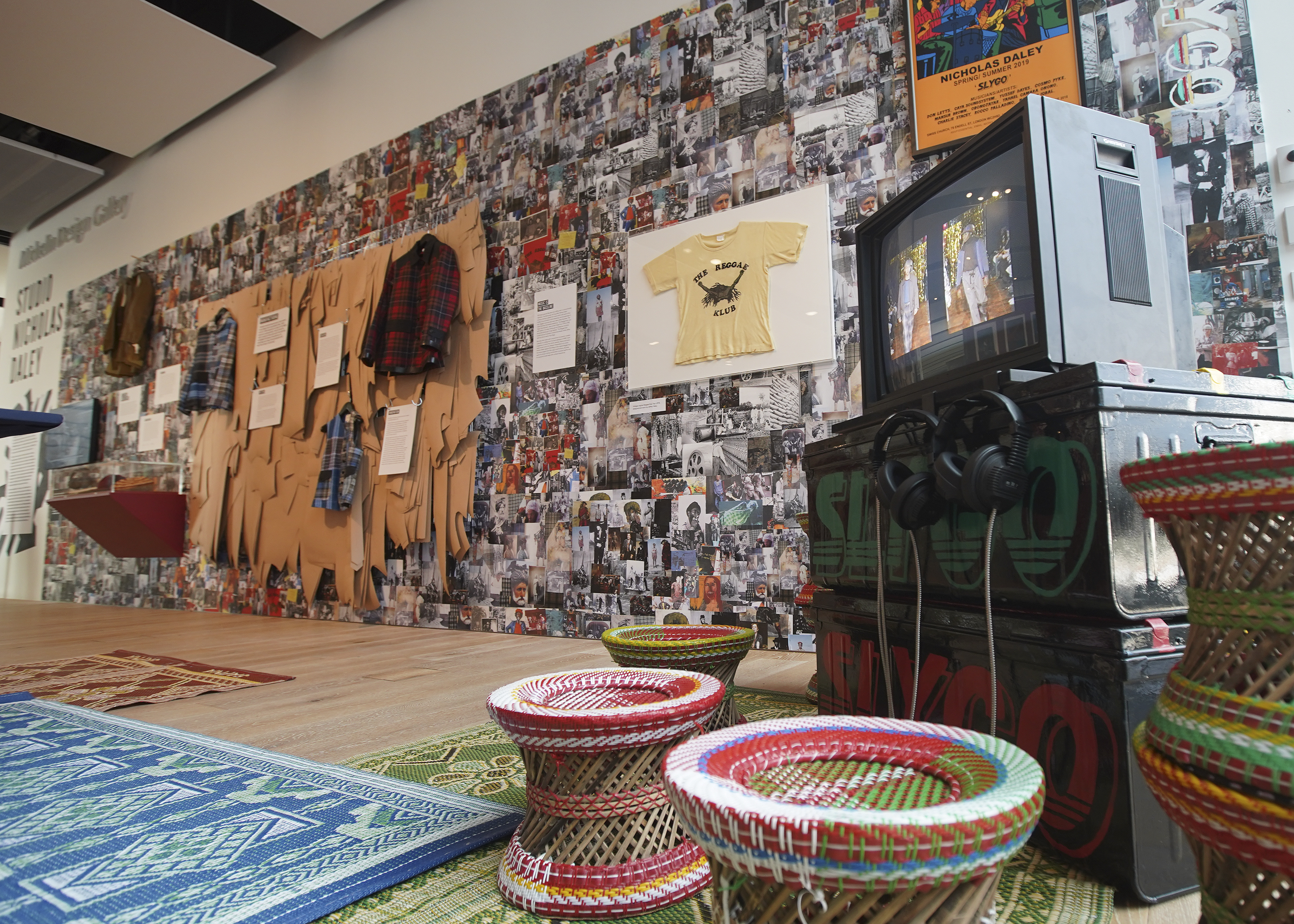 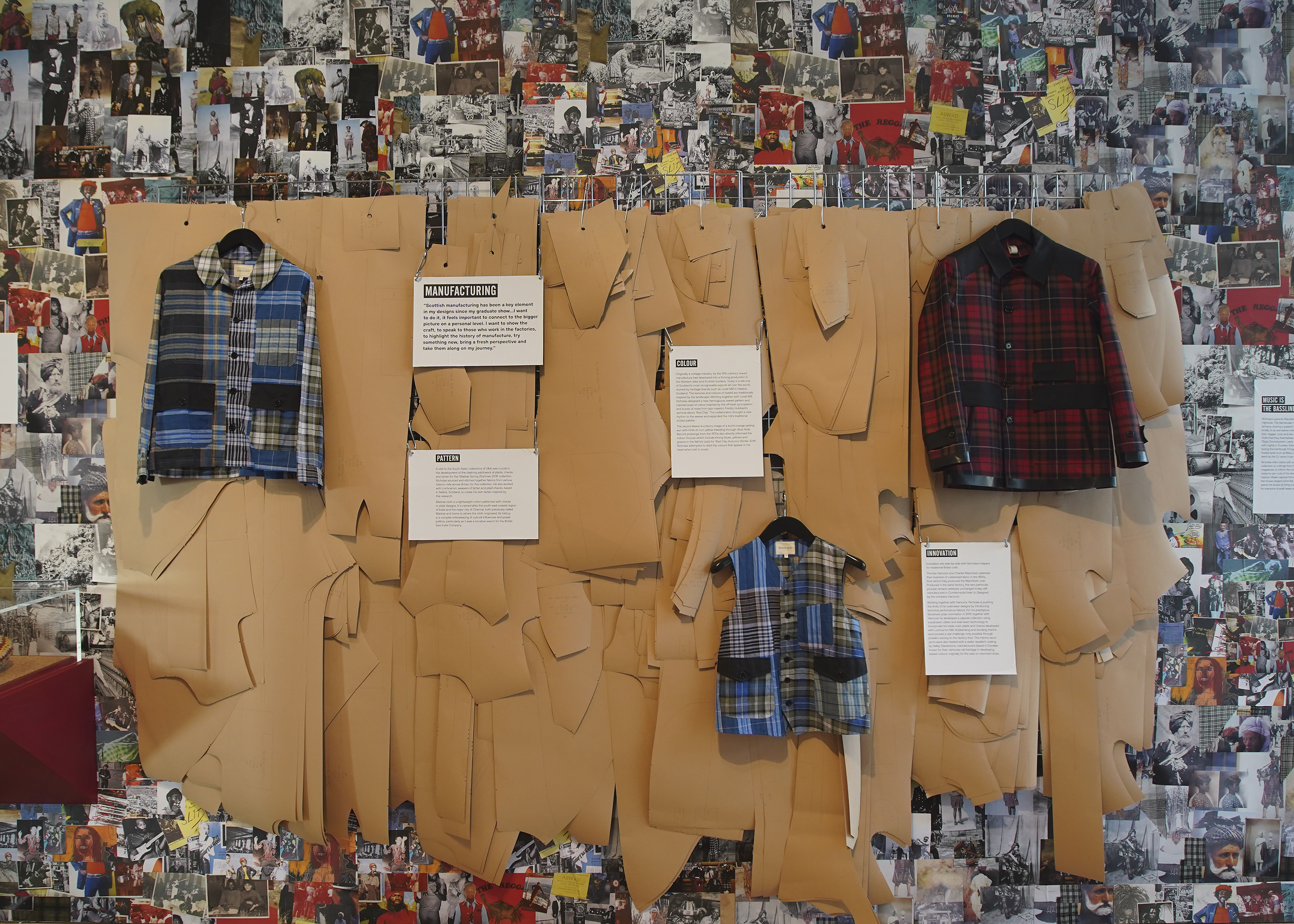 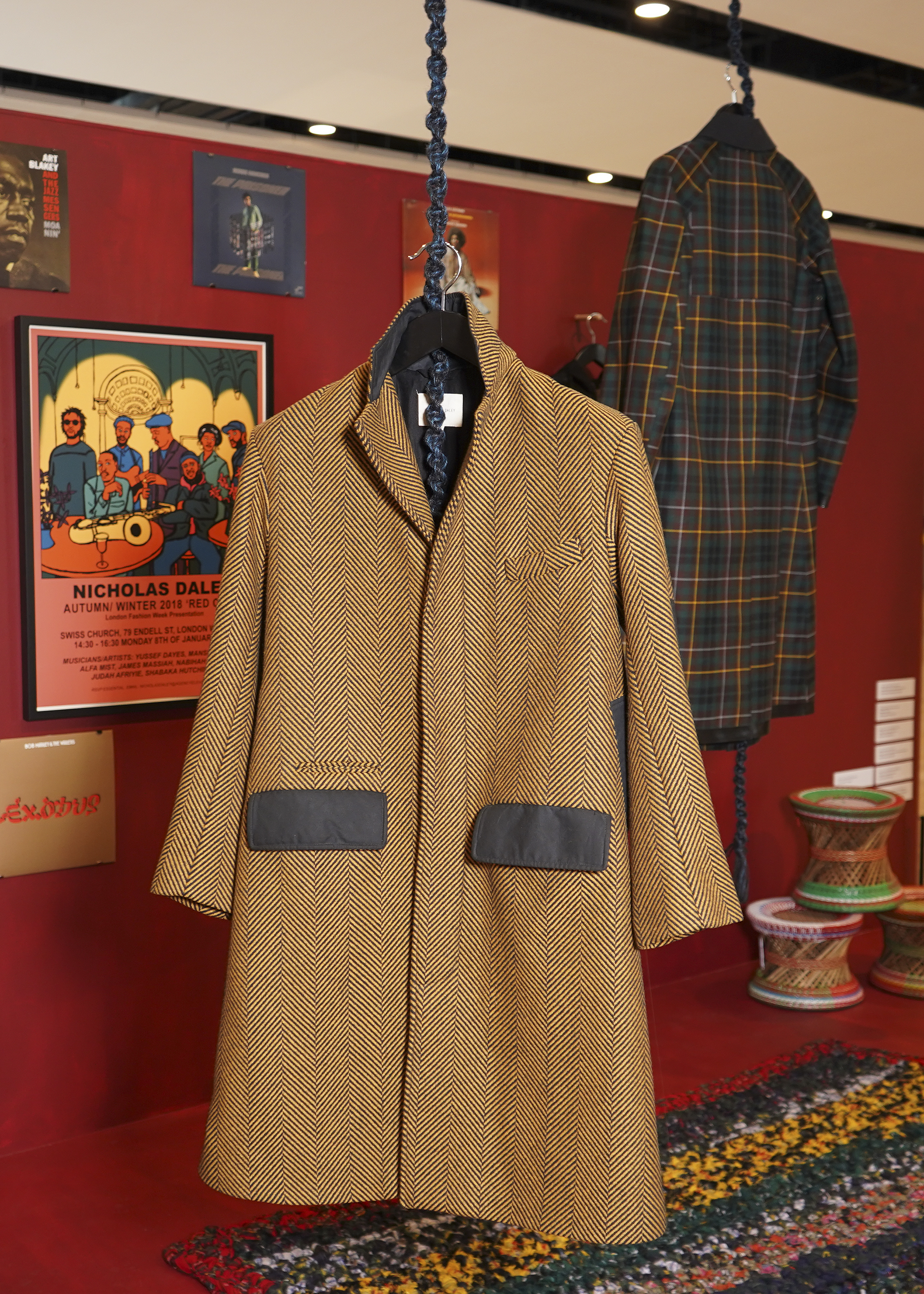 Studio Nicholas Daley runs until 2 February in the Michelin Design Gallery in the V&A and entry is free.
Visit nicholasdaley.net
Discover the University Archives