Growing up on the streets of three African cities 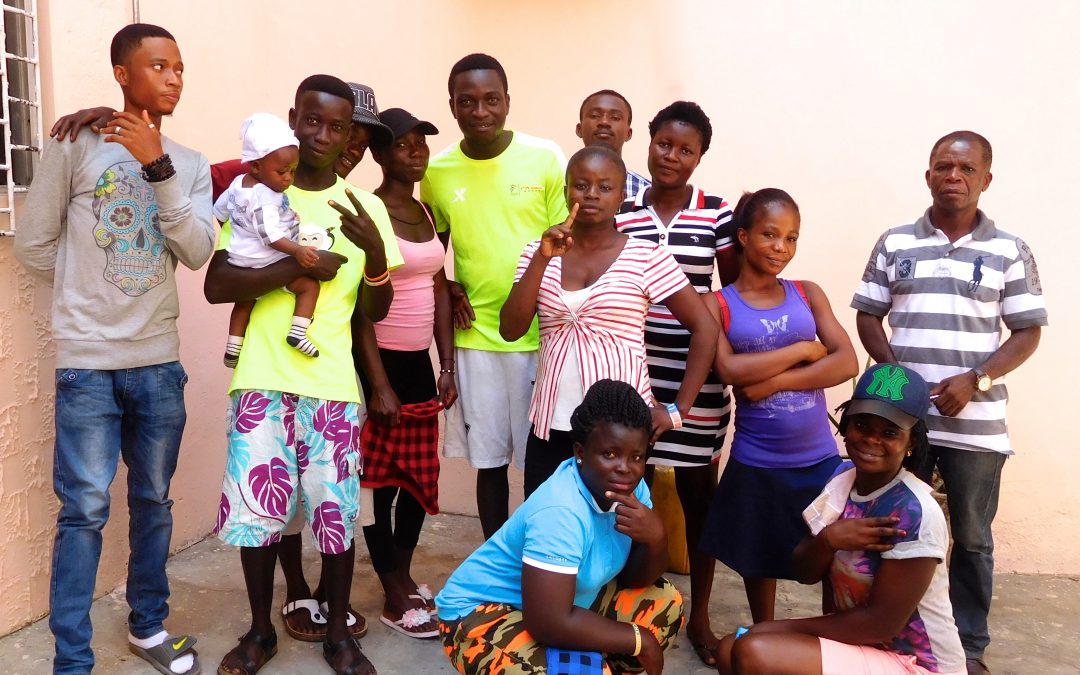 We all know what it’s like to grow up. Most of us do so while attending school, taking part in activities, perhaps earning a bit of pocket money while we live at home; before moving onto College, University or work. For youth in many global cities, full-time education is not an option – earning money to buy food and a space to sleep is the daily priority. Most youth find work, food and their sleeping space in a market place, by the shore of the lake, or at the back of the supermarket.

That’s the experience of many of the Growing up on the Streets participants, who over three years recounted their stories to 18 research assistants – young people like themselves living on the street – who in turn recounted it to local project managers.Those recorded, transcribed and translated interviews were sent here, to the University of Dundee. 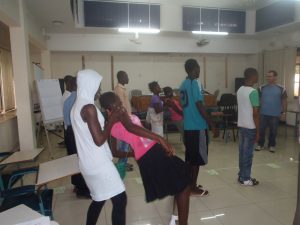 A training session in Accra

The process to set up those networks took time; training sessions took place involving young people living on the streets in the three project cities: Accra, Ghana; Bukavu, Democratic Republic of Congo; and Harare, Zimbabwe. The project set out to gather data for three years, and involve 198 young people – in the end over 500 were involved. Nearly 3000 interviews and focus groups were collected and qualitatively coded here at Dundee – revealing incredibly varied stories of young people surviving – and thriving – on the street.

Professor Lorraine van Blerk, Chair in Human Geography, who leads the project at the University said:

“Common assumptions about street children and youth are that they are either vulnerable, or delinquent – and that they should be removed from the streets. This research set out to find out what it was really like for young people growing up on the streets – and, based on our research findings, highlight what young people have to offer to the cities in which they live.”

She added: “Street-living children and youth have an important role to play in how their needs are understood. We have a responsibility as researchers to create opportunities for their voices to be heard, in order to change how street children are perceived and treated globally.”

‘Constance’, a researcher in Accra, took part in knowledge exchange training and then met city leaders. She explained how, by sharing her experiences, “they came to understand that being on the street doesn’t mean we are armed robbers or we fight just anyhow; we explained to them and they understood us better; that we have been helping one another.” 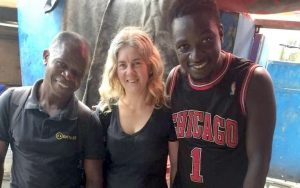 As well as contributing to this rich database, 200 participants took part in United Nations policy consultations for a key document linked to the UN Convention on the Rights of the Child – the General Comment on Children in Street Situations. This is part of what the team hopes will be an ongoing, lasting legacy.

The team have an ongoing programme of outputs which include an award-winning knowledge exchange training pack, used by organisations working with street children and youth in 130 countries, and at events such as the Street Child Football and Cricket World Cups in the UK, India, Brazil and Russia.

The training pack has won awards – including in 2017 the University of Dundee Stephen Fry Public Engagement Project of the Year Award, which funded a week-long project working with participants in Accra. Street youth produced a ‘story map’ – a web app packed full of videos, photos and text depicting their lives. Another story map, working with street youth in Harare during the coronavirus pandemic, was published in June 2020.

Growing up on the Streets has been an international collaboration led by Professor van Blerk, Dr Wayne Shand and Patrick Shanahan along with myself as a researcher, involving the UK charity StreetInvest, plus local project managers in the three cities and a network of African street work organisations. Principally funded by the Backstage Trust, the project also received funding for knowledge exchange from the Economic and Social Research Council. Links to all the project policy outputs can be found here.

Stephen Fry, when announcing the project’s award in 2017, called Growing up on the Streets “a participatory project of extraordinary importance, one that seeks to improve the lives of marginalised street children and youth; one of the most urgent areas in the world.”

When I started work on the project in 2013, many people were sceptical that street living people would stick with it for three years. But the network stayed pretty constant and we are still in touch with many of the young people. We have finished coding, but the analysis and sharing of findings goes on – it’s an ongoing process to change the viewpoints of police, governments and ordinary people about young people living on the street.