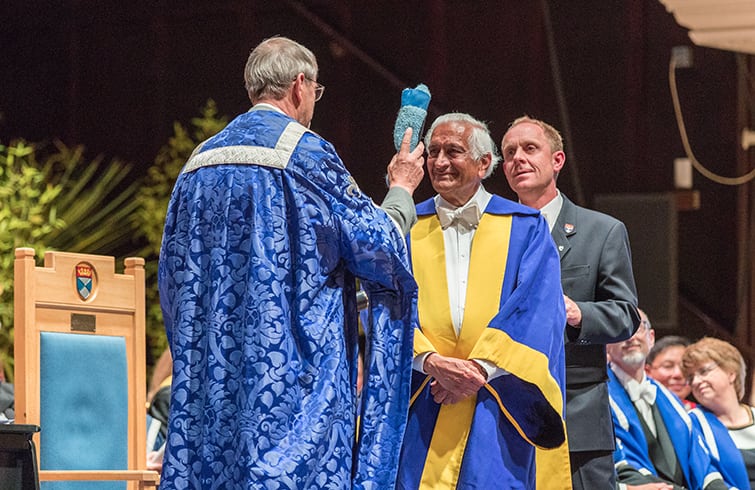 The University awarded honorary degrees to ten people at summer Graduation this year, six of whom are Dundee alumni.

Professor Sir Pete Downes, Principal and Vice-Chancellor, said, “Our roll call of honorary graduates added a great amount to our ceremonies last week, and all are inspirational figures who have made great impact in their fields and have contributed to the life of the University.

“More than half are alumni, who have shown that our own graduates go on to create a huge impact around the world. The others have all been engaged with the work of the University in some way, again making great contributions in their fields of expertise and offering a great example to our new graduates of what they can go on to achieve.”

Martin Pistorius is a web designer, developer and author, best known for his 2011 book Ghost Boy, in which he describes living with locked-in syndrome and being unable to move for more than 12 years.

After contracting a brain infection at the age of 12, he lost his ability to move by himself or to speak, and eventually failed every test for mental awareness. He began regaining consciousness around the age of 16 and by 19 was fully conscious but completely paralysed other than his eyes.

Six years later one of his therapists picked up on his almost imperceptible nods and smiles and asked for him to be referred for further tests that led to a much greater recovery. In the years that followed Martin learned how to use a computer to communicate, taught himself again to read and write and graduated with a First Class degree in internet and web design from the University of Pretoria in 2006.

He has gone on to become a passionate advocate and supporter of work in augmentative and assisted communication, including research here at Dundee where we have been a leader over the past 30 years in the development of technology to support people with severe communication difficulties. 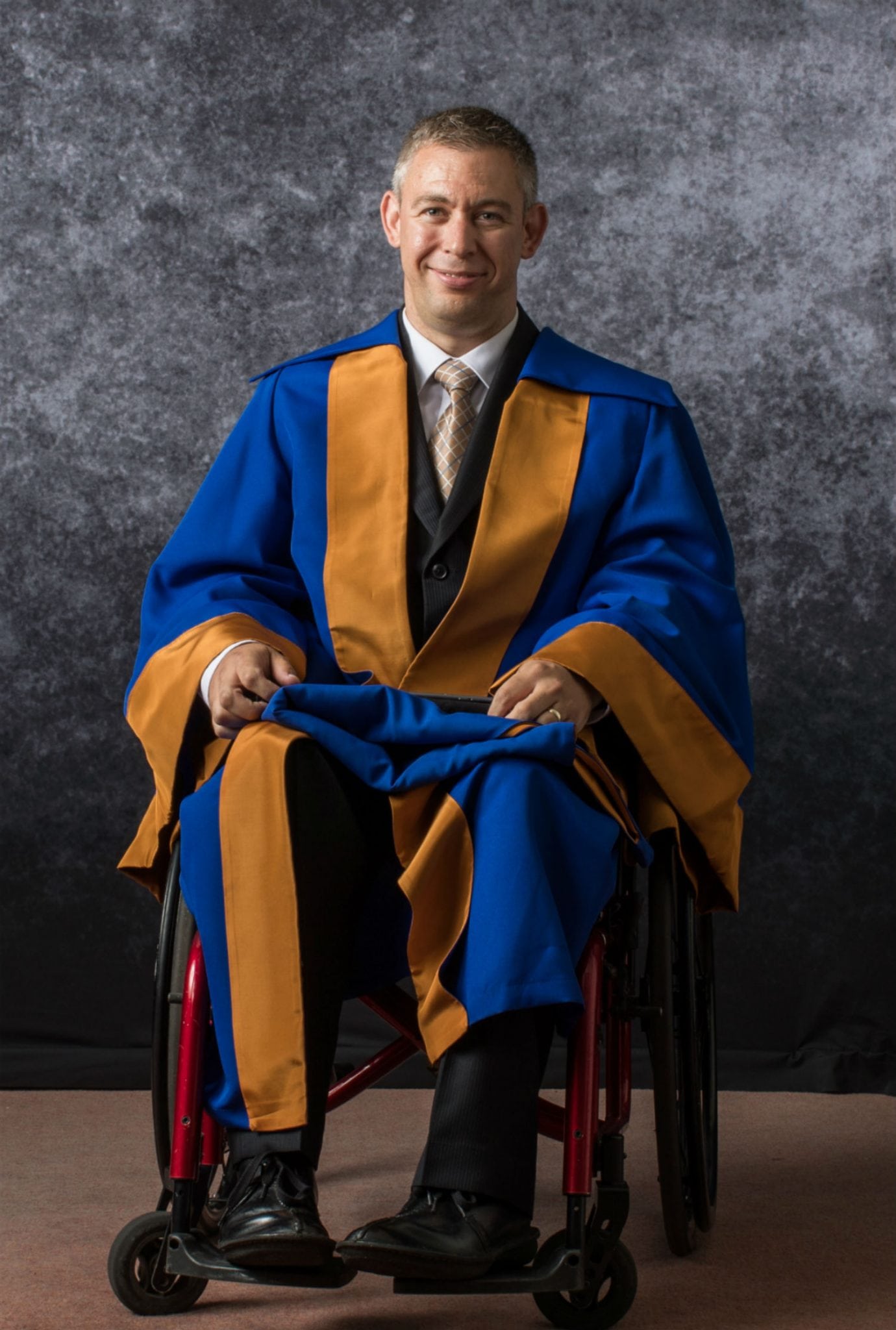 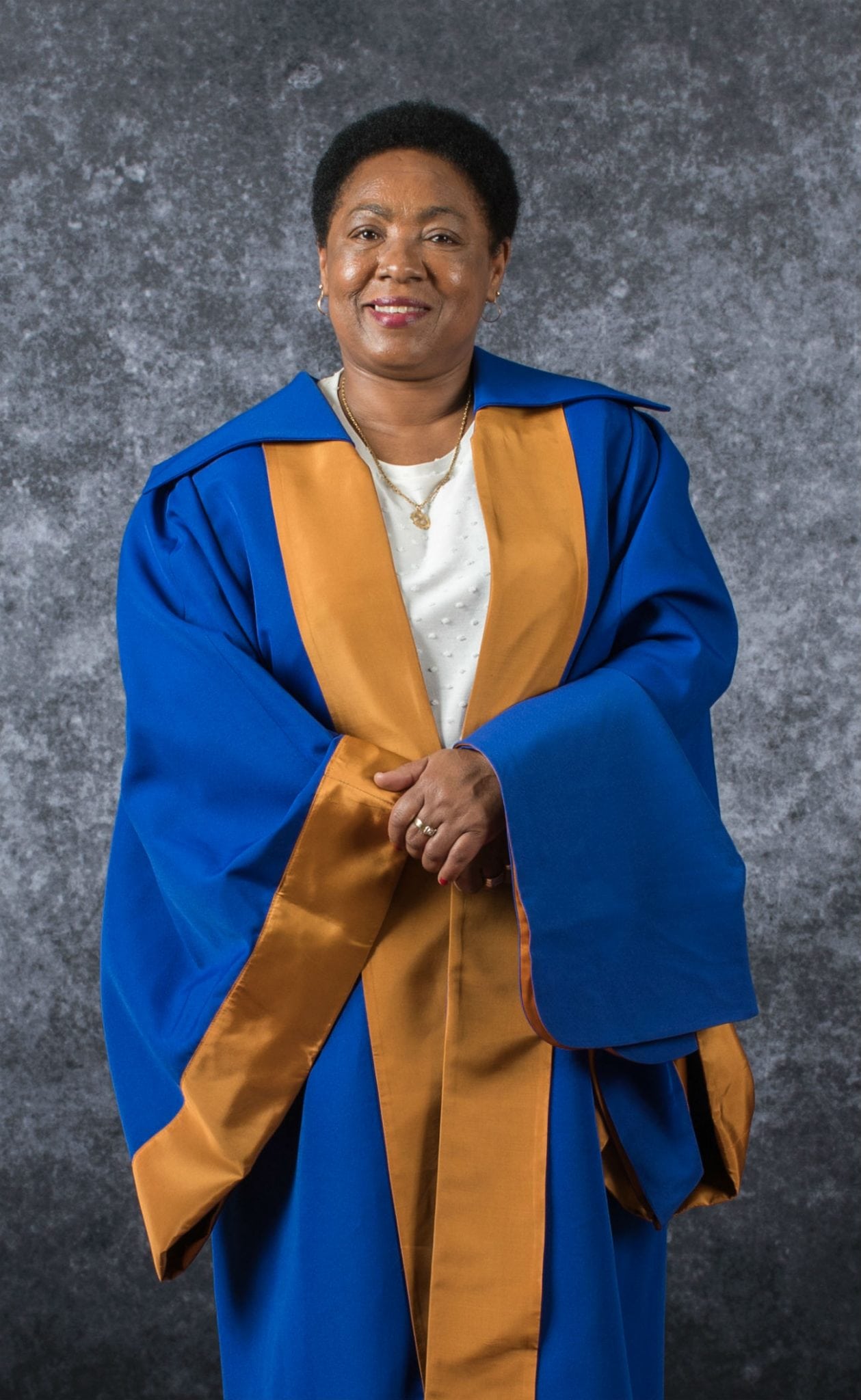 Dr Zipporah Ali is a Dundee graduate and Executive Director of Kenya Hospices and Palliative Care Association (KEHPCA). Her work has had a huge impact on the provision of palliative care in Kenya and East Africa.

As leader of KEHPCA she has enabled the development of a model of palliative care which is fitting for the people of Kenya. In doing so she has empowered other sub-Saharan countries to consider their own palliative care provision, adopting or adapting the Kenyan model for their own settings.

Margaret Grant is the founder of the Dundee-based charity The Brittle Bone Society, which celebrates its 50th year in 2018. She has made a substantial contribution to raising awareness of the rare condition of Osteogenesis Imperfecta (OI), also known as brittle bones, and establishing support for people born with OI and their families. Her impact was recognised with the award of an MBE in 1989.

Margaret, who was born in Dundee, has OI, as does her daughter Yvonne (pictured right), who accepted the ward on her behalf. In 1968 Margaret established what is thought to be the world’s first patient support charity providing specialised understanding and practical support for people with OI. The Brittle Bone Society also organises events that bring together families and healthcare professionals to offer updates on treatments and to foster vital links that combat isolation. The Society has raised millions of pounds over the years for wheelchairs and other specialised equipment for people of all ages.

In 2010 the charity assessed its collection of papers, artefacts and literature and the Trustees gifted this to the University’s Archives Department to begin a project to catalogue its history. The project will be launched this year to the Society’s membership. 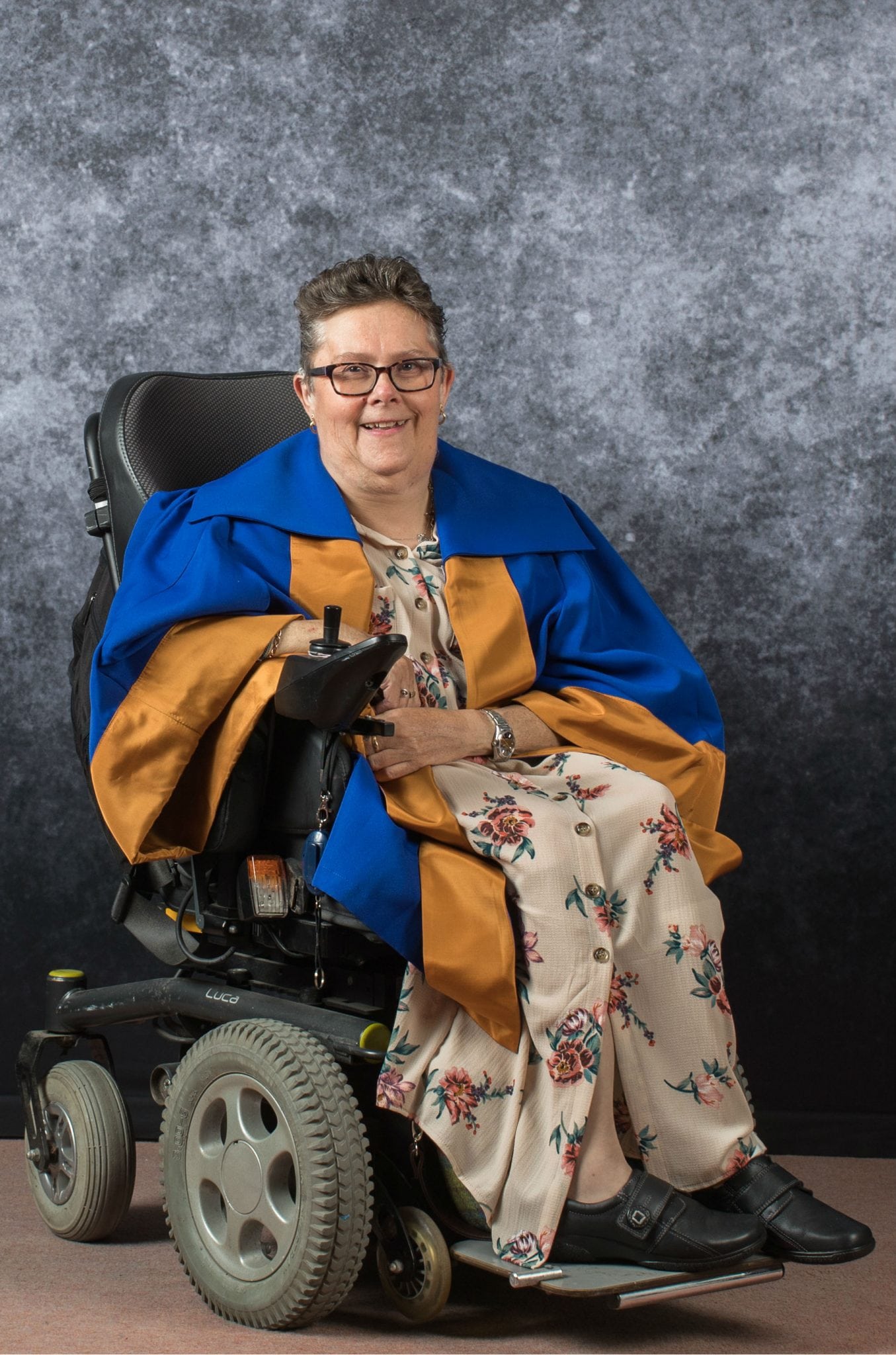 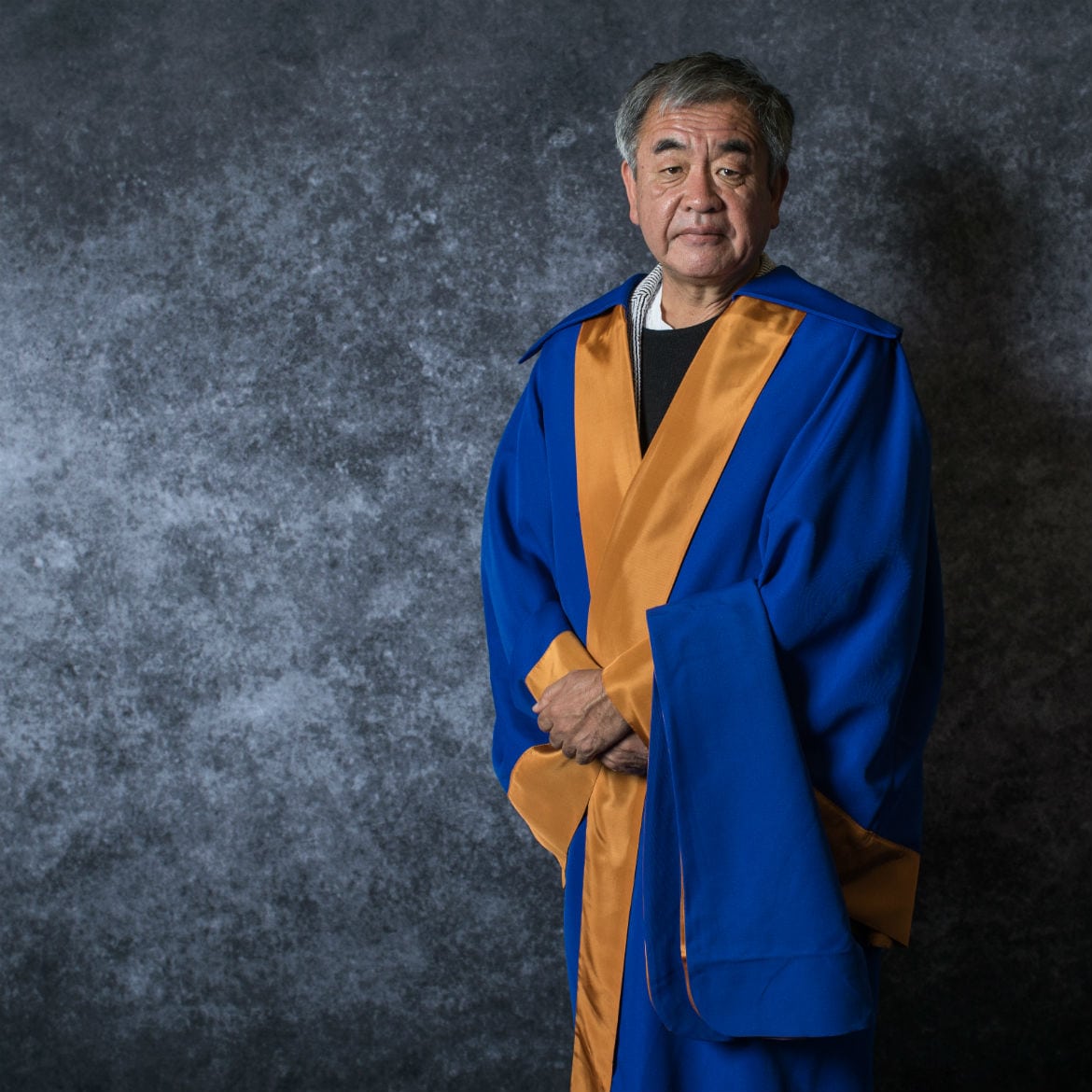 Kengo Kuma is the architect who has designed the building for the V&A Dundee. The museum opens in September 2018 and Kuma’s building has already generated considerable praise and excitement, standing as the jewel in the crown of Dundee’s central waterfront.

The University is a founding partner of V&A Dundee and provided the original idea to bring the V&A to the city.

Kengo has visited the University regularly in the time the V&A Dundee has been in development, delivering sold-out public lectures on his work.

He is an architect who works on the global stage, with major projects in development across Europe and Asia in particular. Among these is the National Stadium for the 2020 Tokyo Olympic Games in his native Japan.

Her Honour Anuja Dhir QC is a Dundee graduate who last year became the first non-white judge at the Old Bailey in London, the Central Criminal Court for England and Wales.

Anuja grew up in Dundee and attended Harris Academy before studying English and Scots Law at the University, graduating in 1988. She was called to the Bar in 1989 and practised as a barrister for 23 years, mainly in criminal cases and from 2007 as a special advocate in national security cases. She was made a QC in 2010 and then a Circuit Judge in 2012. This year she was authorised to sit in the Court of Appeal Criminal Division.

Anuja was a member of a number of Bar Council committees, including the equality committee, the professional conduct committee and the law reform committee. She has been involved in advocacy training in the UK and abroad for over 20 years and in 2015 she was appointed as a Tutor Judge for the Judicial College. 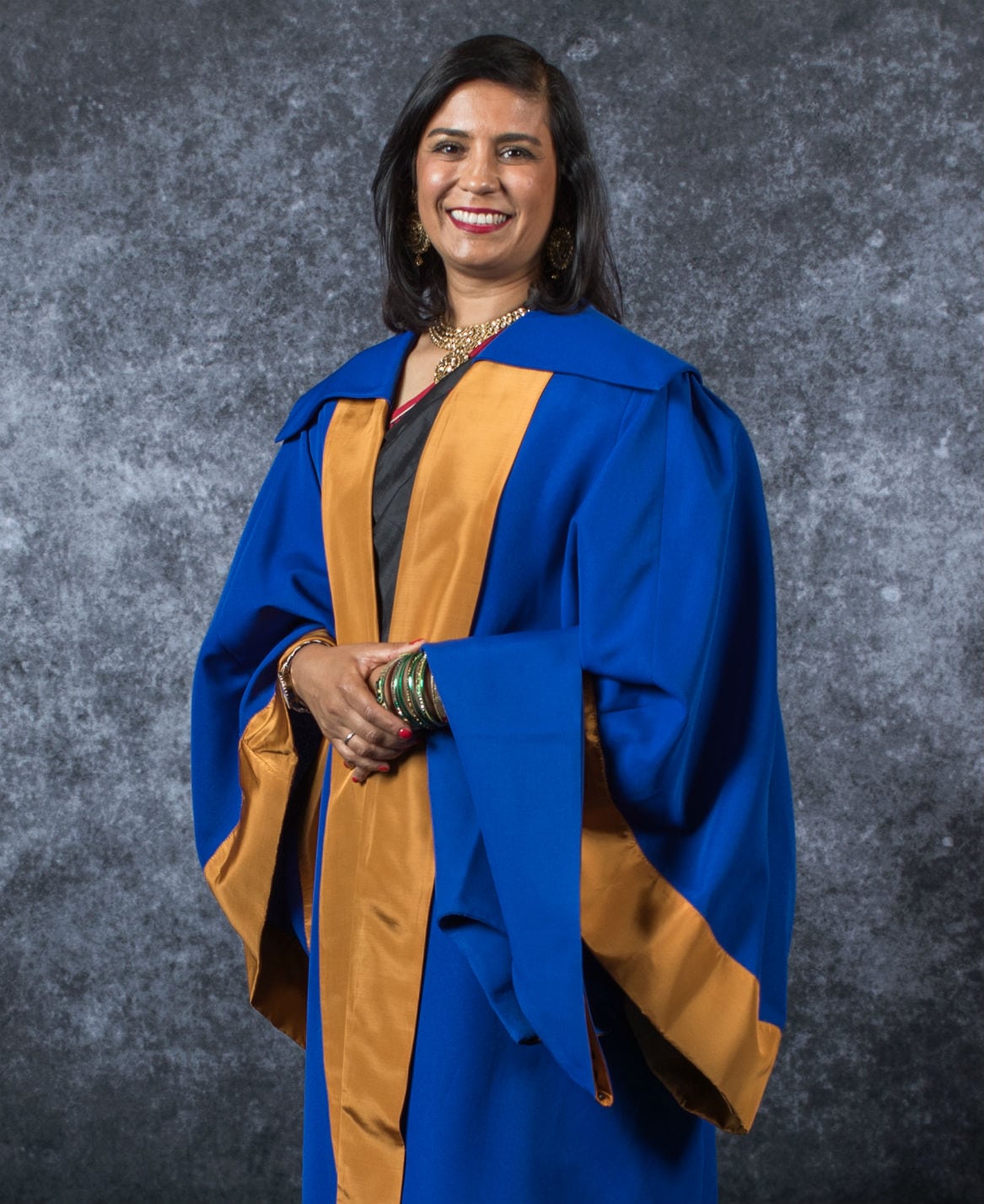 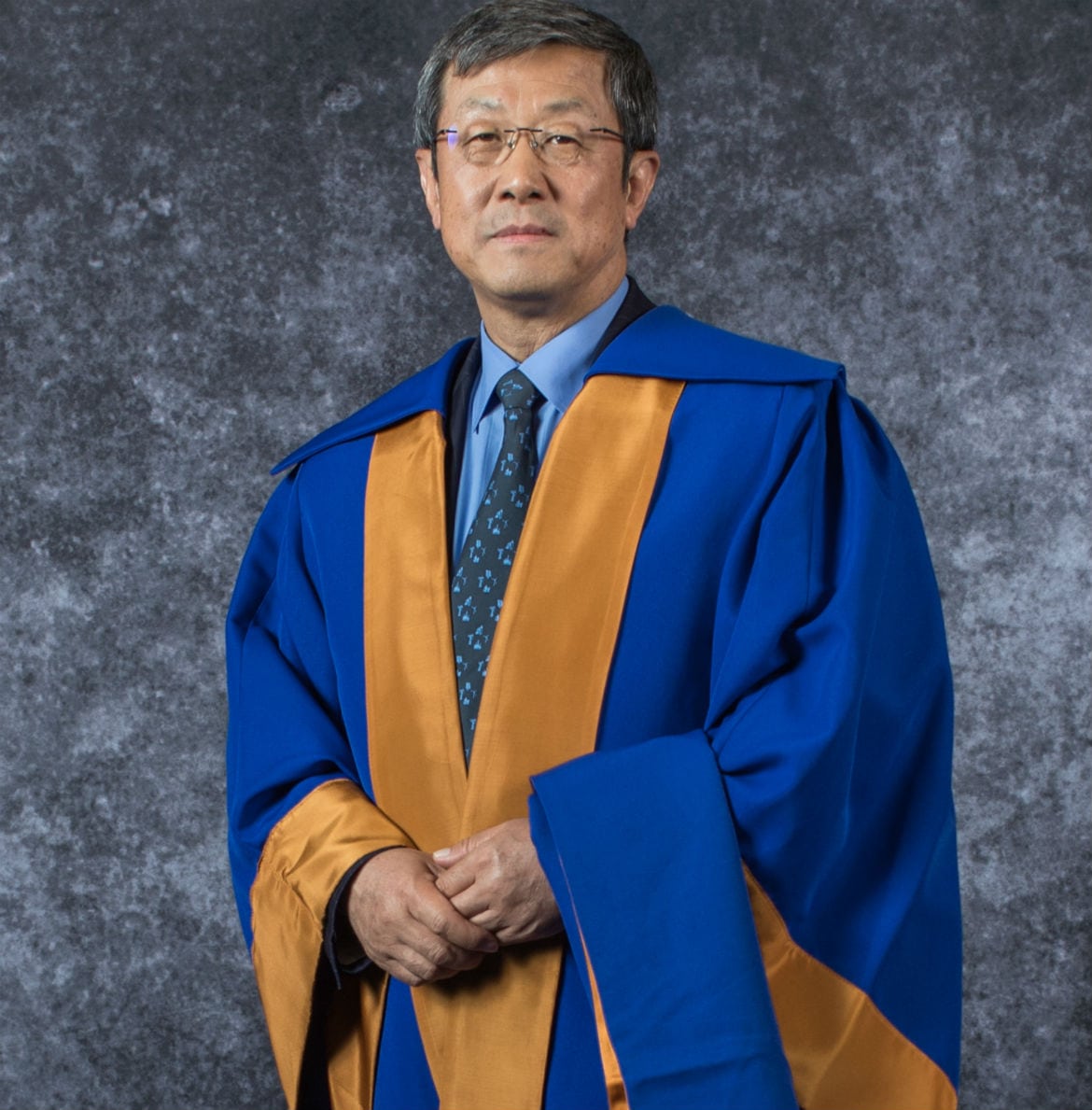 Dr Sun Xiansheng came from China to study at the University and has since gone on to become a global leader in the energy sector.

He is Secretary General of the International Energy Forum, which aims to foster greater mutual understanding and awareness of common energy interests among its members around the world.

Dr Sun Xiansheng holds an LLM and a PhD from the Centre for Energy, Petroleum and Mineral Law and Policy (CEPMLP).

He was elected Secretary of the IEF and took up the role in 2016. Prior to this he was President of China National Petroleum Corporation’s Economics and Technology Research Institute.

Dr Michel Goedert is a scientist at the Neurobiology Division of the MRC Laboratory of Molecular Biology in Cambridge. His work has helped establish the molecular basis of Alzheimer’s and other neurodegenerative diseases, and earned him the Brain Prize for 2018 from the Lundbeck Foundation, the most valuable award for brain research.

His research, with colleagues, has revolutionised our understanding of the changes in the brain that lead to Alzheimer’s disease and related types of dementias. Around 10 million people in Europe have Alzheimer’s diseases. This and other neurodegenerative diseases of the ageing brain cause a great deal of suffering for patients and their families and are a huge challenge for society.

Dr Goedert has had a long association with researchers in the School of Life Sciences at Dundee and has supported the work of the MRC Protein Phosphorylation and Ubiquitylation Unit, which has made significant breakthroughs in increasing our understanding of Parkinson’s and other diseases. 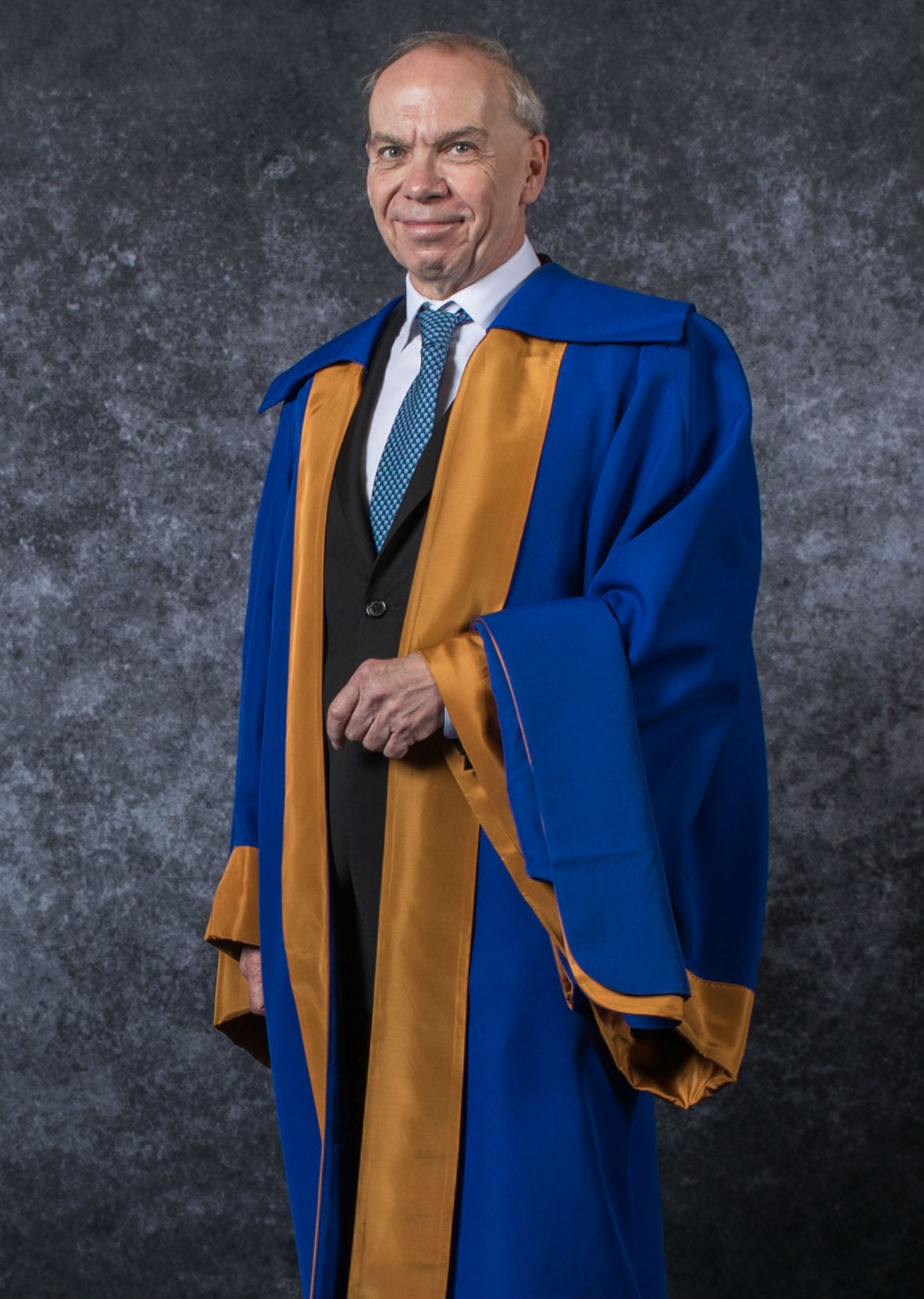 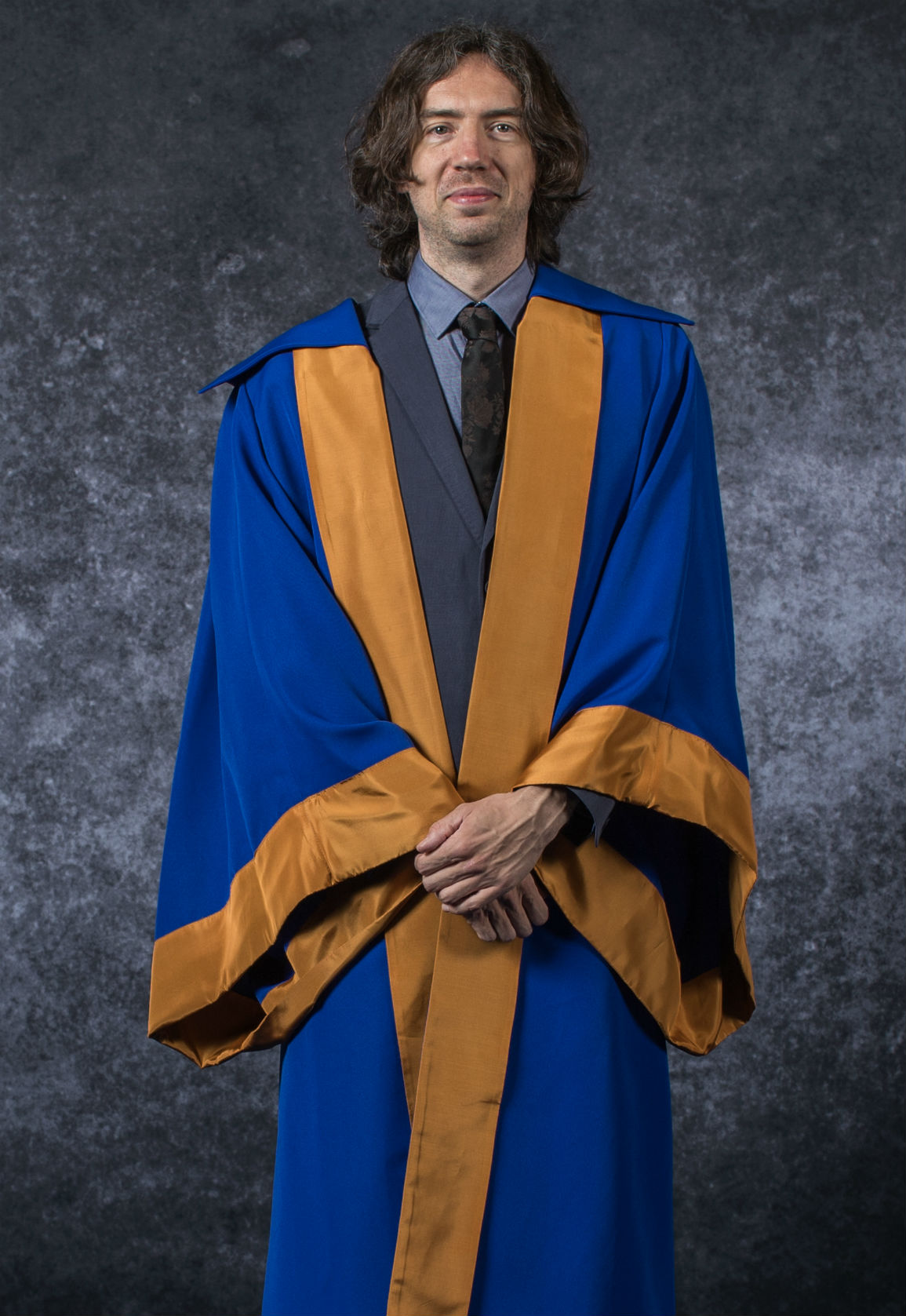 Gary Lightbody formed the band Snow Patrol while he was a student at Dundee. The band has gone on to worldwide success, selling millions of albums and headlining festivals.

Gary attended the University to study English literature in the early 90s and it was during this time he formed the band along with his fellow students Michael Morrisson and Mark McLelland.

From playing in the Students’ Association and various small pubs and clubs in Dundee, the band grew to playing the biggest concert stages around the world.

They made their breakthrough in 2003 with the single “Run” and accompanying album “The Final Straw,” which propelled them to stardom. They have racked up an incredible number of critical and commercial accolades, including 15 million global sales, five UK platinum albums and have been nominated for Grammy, BRIT Award and Mercury Music Prizes.

Away from the band Gary has co-written songs with artists including Ed Sheeran, Taylor Swift, Biffy Clyro and One Direction.

Dr Saleyha Ahsan graduated from the School of Medicine at Dundee as part of the class of 2006 and has gone on to be an A&E doctor, a Captain in the Royal Army Medical Corps and a broadcaster, best known for “Trust me I’m a Doctor” as well as other programmes.

During her Army career she served in Bosnia and is passionate about the targeting of healthcare in war. She now works as an A&E doctor in Bangor Hospital in North Wales, has a Masters degree in International Human Rights and Humanitarian Law and works as a freelance filmmaker reporting on stories concerning healthcare in the UK and around the world.

Dr Ahsan has reported on the conflict in Syria for Panorama and has written widely on issues across the health services. 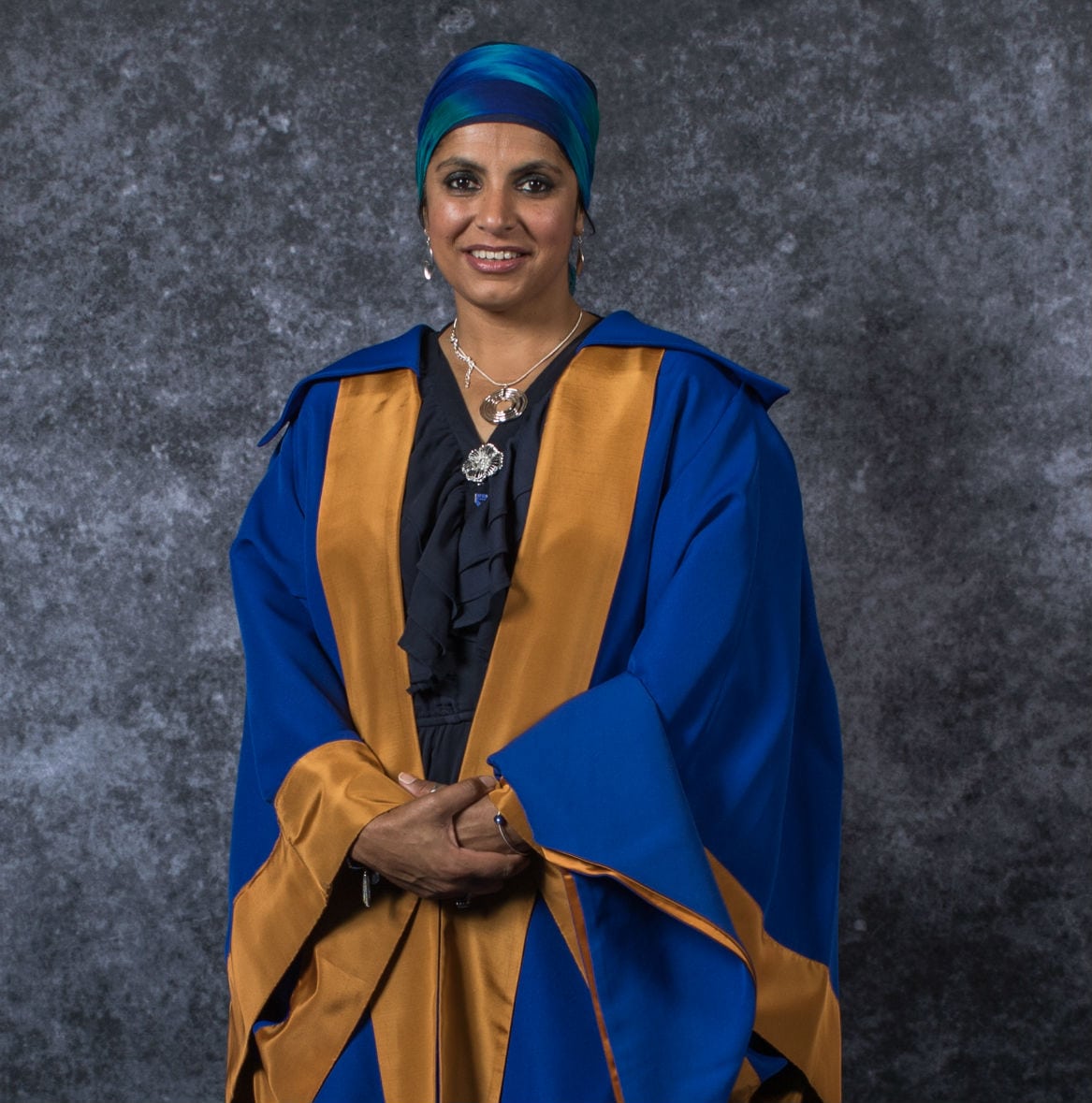 Lord Naren Patel is the former Chancellor of the University, stepping down last year after 11 years in the post. It is the most senior role in the University and involves acting as ceremonial head, presiding over Academic Ceremonies and President of the Graduates’ Association.

Over the years, Lord Patel has conferred degrees on thousands of students and continues to be an outstanding advocate for the University and its interests.

He is the fourth person to have been Chancellor in the University’s 50-year history, following HM The Queen Mother (1967-77), Lord Dalhousie (1977-92) and Sir James Black (1992-2006). At this year’s graduation he was awarded the honorary degree of a Doctor of Science (DSc), becoming only the second recipient of the honour. Sir James Black was first to receive it in 2005.

Lord Patel arrived in Dundee to study medicine in 1958 and graduated in 1964 with a medical degree from the University of St Andrews, although all of his styding was done in Dundee at what was then Queen’s College.

He then worked for more than 30 years as a consultant obstetrician in Dundee. In his time as Chancellor he conferred degrees on many students he had delivered as babies.

His clinical and academic interest include high risk obstetrics, premature labour, foetal growth retardation, obstetric epidemiology and quality of the standards of health and clinical provision.

Lord Patel was knighted in the 1997 Queen’s Birthday Honours and created a life peer in 1999. In 2009 he was appointed to the Order of the Thistle, the highest chivalric honour in Scotland. Lord patel was the firts Asian appointee in the Order’s 322 year history.