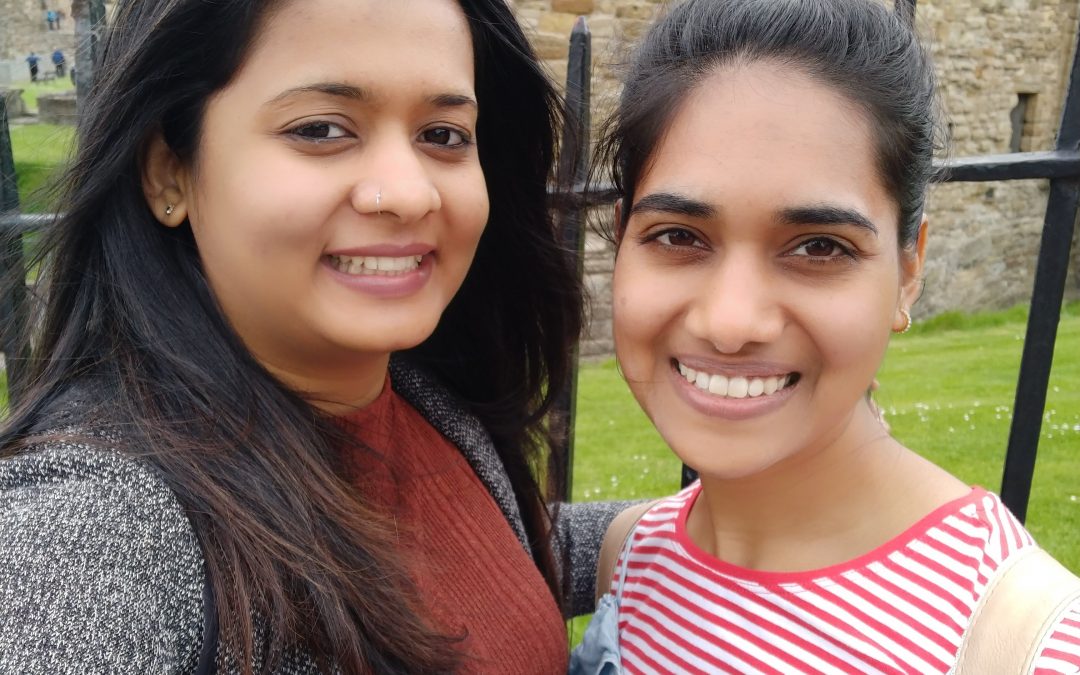 On Thursday 30 July, people across the world will be celebrating the International Day of Friendship. Many of our students have forged life-long friendships in Dundee, whether that’s friendships that they have made in tutorial groups, through joining a sports club or on their first day of living in halls.

Our alumni share their stories of the lasting friendships they made in Dundee. 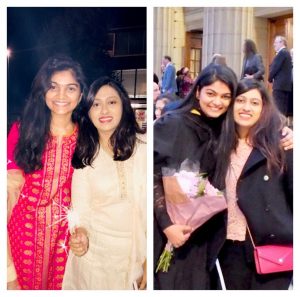 “Rachana and I started off as flatmates and became best of friends. She has really ranked up to family level. The picture on the right taken in Oct 2017 was taken when we went for Diwali celebration. The picture on the left taken in November 2018 was when I graduated. Truly a gem of a person and such a genuine beautiful soul. I’ve nothing but love and utmost admiration for her”. 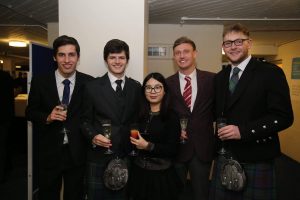 “I met all my friends at Dundee University Golf Club where we would meet every Tuesday, sometimes going to the pub after practice. Being able to practice golf and make friends at the same time has been a great experience for me. Studying as an international student is not always easy and can sometime be lonely. But the friends I have understand me, care for me well and give me a call just like a family member. Because of them, I have really enjoyed life at Dundee”. 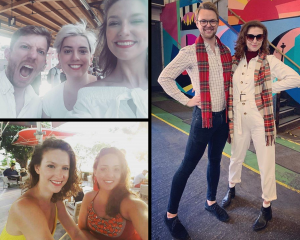 holidays. I felt a wee hand on my arm and a very tanned girl with a european-american-scottish mish mash of an accent goes “Oh! You must be the new girl! Come meet us!” and she grabbed my hand and yanked me away and me and Tatiana have been best pals ever since. I finally got over to see her in Cyprus when she moved back last year!

Although we didn’t know each other that much when I was in university, I’ve been best pals with Clo and Eoin since 2012. We met because my ex-boyfriend Chris was in the boat club with them, and he studied Law with Clo. Before they moved to Berlin we used to hang out nearly every day, and I and Eoin even lived together for a couple of months in 2017! Also Clo and Eoin met in boat club, and will be 3 years married in October! And Keith from ISE and I (aka flatmates extraordinaire) also became friends during our time in Dundee.  We met through dance club and sport back when we were both art and philosophy students! 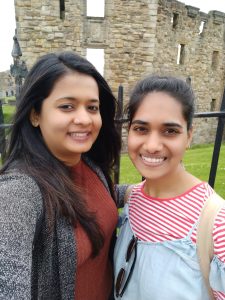 “It was a week after I reached Dundee to study for my MSc in Oral Biology that I received an email from a girl from Maharashtra, India saying that she was coming to Dundee for Masters in Public Health. And the cherry on the top was that she was also a dentist like me. We had couple of conversations over the email and then she said she would meet me in Dundee. I was quite excited to welcome her in Dundee since we came from similar professions and we spoke the same language. The day arrived and I met this very petite, smart looking girl near her residence. Her name was Peeyosha. We introduced ourselves and within no time we became quite comfortable with each other. Even though she was in a different course we made it a point to see each other often. There were several things that made Peeyosha my person to go to but the most important was that she was in my comfort zone. I could share anything and everything with her. I cannot begin to imagine life in Dundee without Peeyosha. I made lot of friends in Dundee but she became a life-long friend. Those moments were amazing and all the memories will be cherished for a life time”. 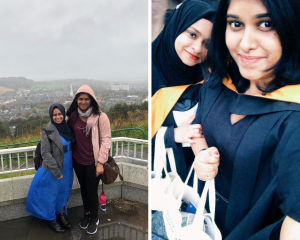 “Farah and I met in the first week of post graduate law school. Walking up the stairs I see a girl on the stairway and she turns back and says ‘Hi’. Little did I know then that we would be the best of friends and go on hundreds of coffee dates in and around Dundee and on countless trips in Scotland.  I’m glad she became a part of my Dundee journey. Here’s to my Maldivian friend Farah whom I met in class of 2019 LLM”.

Falak and Suman are best friends from Pakistan both studied Forensic Odontology here at the University of Dundee before graduating in 2019. They had many adventures here in Dundee and their friendship continues as they work together, using their skills in Forensic Odontology in disaster response situations. Falak and Suman put together a video of their time memories from Dundee and Scotland which you can watch here.

If you have a similar story of a life-long friendship made in Dundee then please share in the comments below or get in touch with us at alumni@dundee.ac.uk