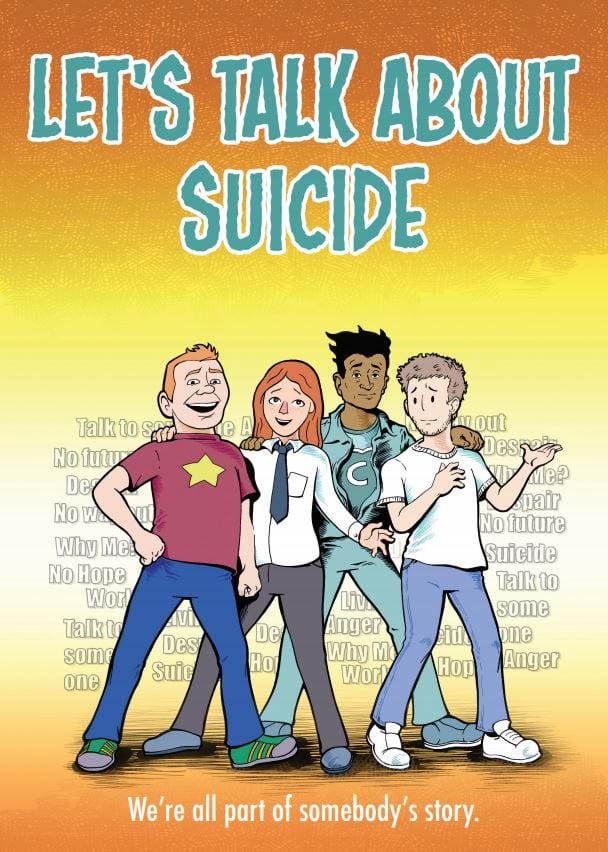 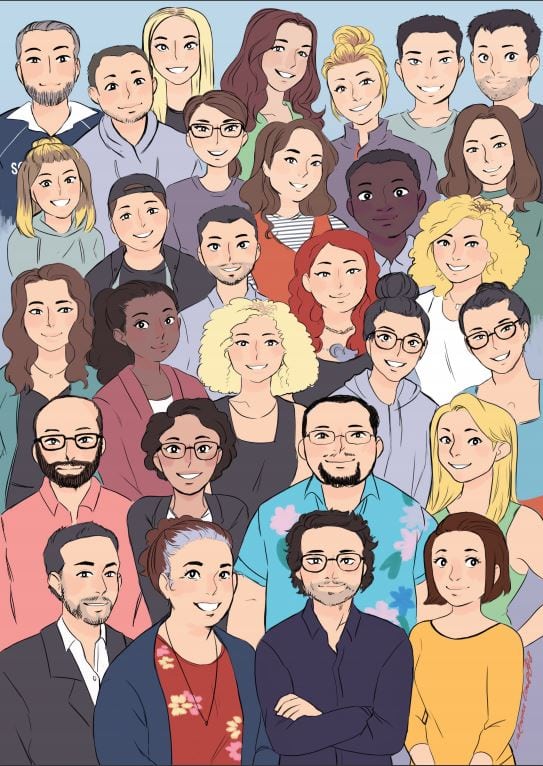 Third year students and staff from the School of Nursing and Health Sciences, and staff from the Comic Studies department, have been working on a Suicide Awareness Comic as a way to address an important healthcare issue while using an innovative form of communications in relation to healthcare.

We spoke to Grant King, Lecturer in Nursing (Mental Health), who explained how the project came about.

“In terms of teaching the module, we wanted to find a balance between innovation and being pragmatic in line with curriculum standards, in order to provide healthcare communications at a higher level. Enabling the students to be the experts by using their own experiences to tell the story was important to us, and the idea developed to deal with trauma, particularly suicide.

“The comic centres around suicide, but actually the main message is simply about talking to people, and the benefits of that. The comic and its stories were created to make it easier for people to talk about suicide and reduce the stigma associated with it. The more we talk about it, the more that stigma is reduced, and the more people will live.”

So, how did the group of academics, students and designers take from this initial idea to the development of a comic?

“There were four groups of students, and they each developed a story around suicide and support. Over three half days in May, the students went to the Dundee Comics Creative Space to learn about and create graphic medicine (a broad term for discussing healthcare issues using the comic style). and the process was facilitated by University and Dundee Comic Creative Space staff. I assisted from a clinical point of view, while Chris Murray (Professor of Comic Studies, School of Humanities) focused on the literature for the artists.”

“The comic and its stories were created to make it easier for people to talk about suicide and reduce the stigma associated with it. The more we talk about it, the more that stigma is reduced, and the more people will live.”

Let’s Talk About Suicide is a dynamic storybook that deals with a sensitive and under-resourced healthcare issue in an engaging way – it’s visually driven and addresses inequality and stereotypes (for example, men in caring roles and having caring conversations with other men – something the School of Nursing and Health Sciences is also working on with the #mendocare campaign). The comic style caters for many issues that might create a barrier when receiving traditional healthcare communications, such as sight, literacy, and language, but it also addresses key areas within the University strategy including valuing people and transforming lives. 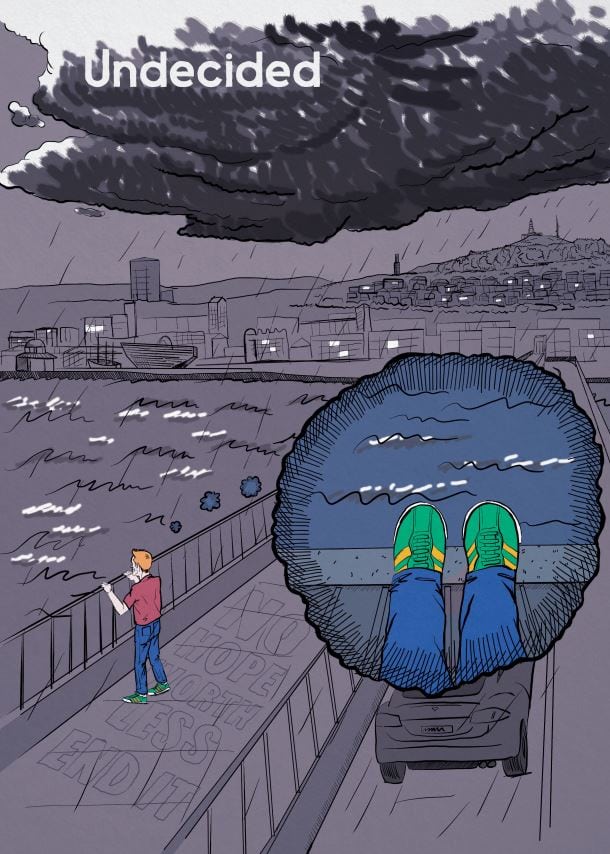 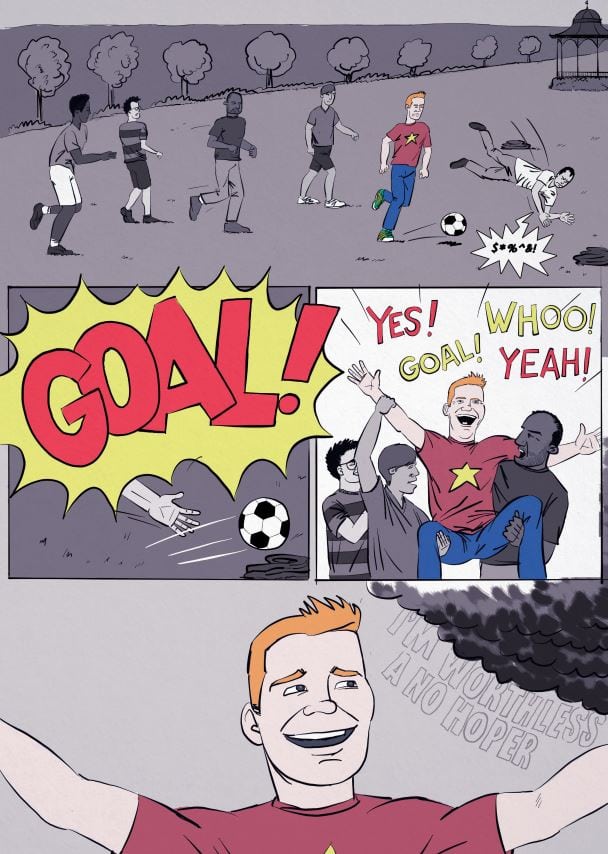 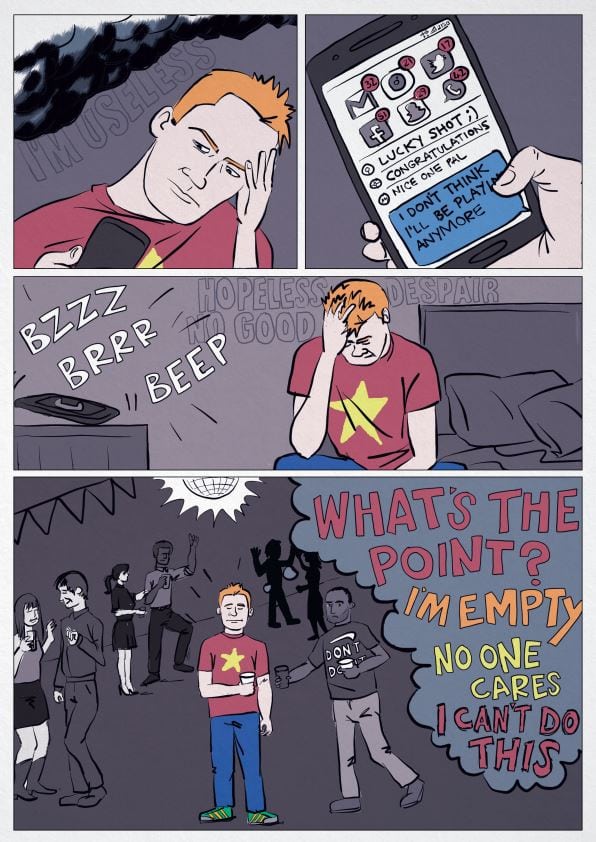 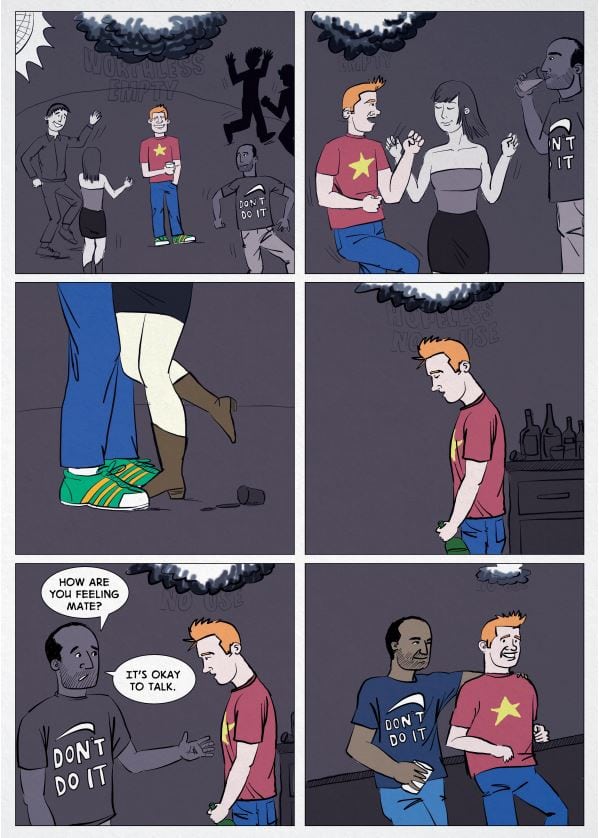 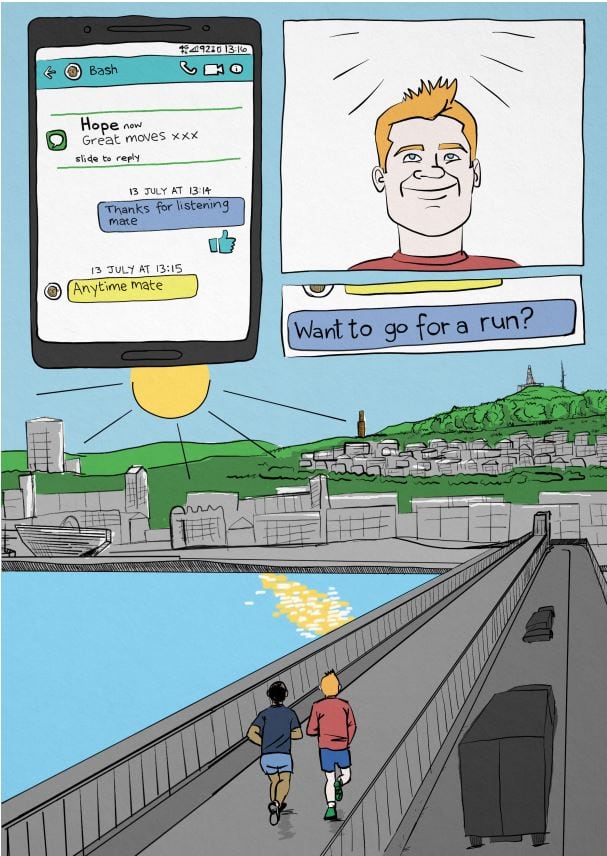 The comic will be used as a teaching tool to show to new students at the University, and as a recruitment tool to take to events nationally and internationally, as well as publicity material at events such as open days, particularly for Arts, Humanities, Nursing and Health Sciences, and promotes the University’s interdisciplinary approach to teaching.