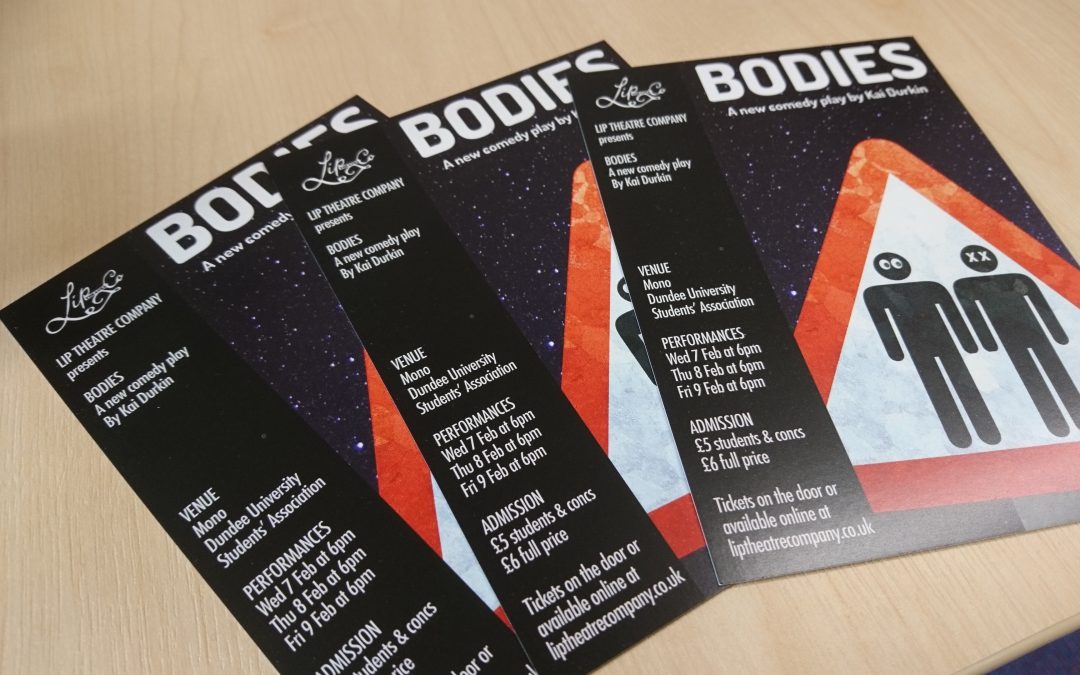 “Joining LIP theatre company was probably the best decision I made in my first semester at university. As a direct entry second year student, I remember being nervous about skipping my first year and the potential friendships built during that year. But joining LIP I immediately found myself in a group of friendly welcoming individuals, and quickly built friendships, including with someone who after only knowing each other for a few months, I’ll be living in a flat with next year.

As I’m writing this, we’re in the final stages of rehearsal for a show written by one of our members, Kai Durkin. The show, called Bodies, is a thrilling comedy inspired by films such as I Know What You Did Last Summer and Psycho. With the shows dates on Wednesday (7/2), Thursday, and Friday at 6, the rehearsals are intense but a really enjoyable place to spend a weekend.  This is the second show I’ve been in for LIP, (the first was the panto). The panto had a much larger cast and became more of an experience about getting to know everyone in the company as most people become involved in the show, either with acting or backstage/tech. One of the lovely things about the drama society is that it really is more about coming together to have fun creating a good show than it is about any individual being the star. While panto had a three person creative team and a large cast, Bodies on the other hand has a 4 person creative team and an eight person cast, so it really is a small close environment that affords more opportunity to become intimately acquainted with every member of the cast and team.

I’m looking forward to continuing in this society, and participating in as many shows as I can, experiencing the different directorial approaches of each new creative team, and expanding on the friendships I already value in LIP. I think it has become my favorite way to spend a Friday evening after rehearsal: a trip to the pub with the cast and drinking tea in someone’s flat.”

Find out more about Bodies