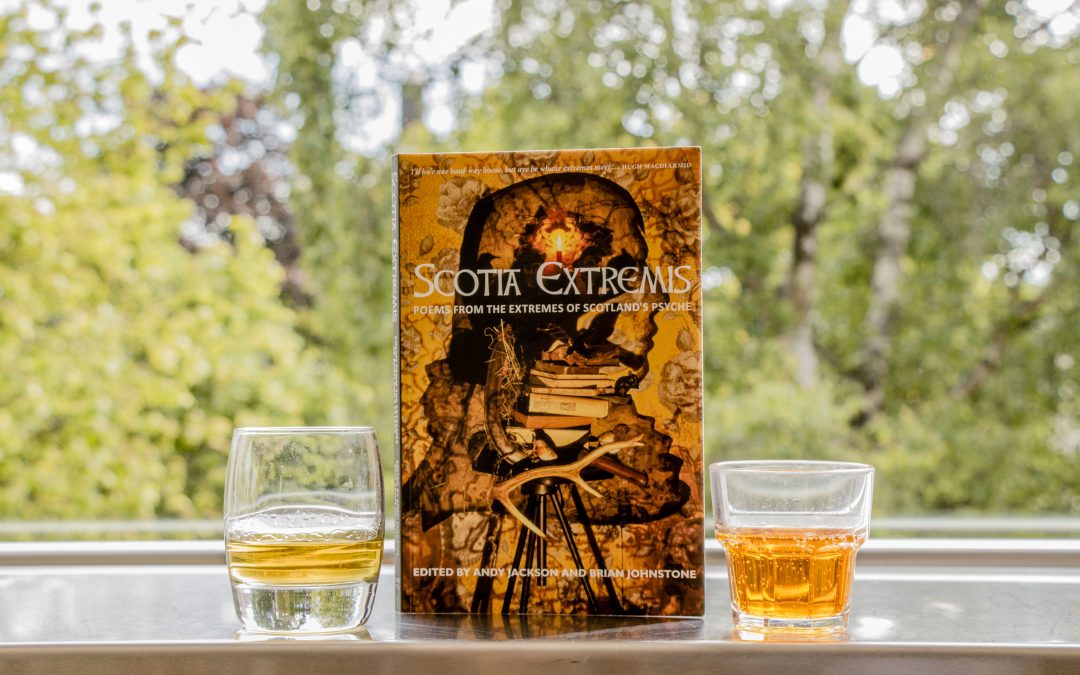 The launch of an exciting new poetry anthology mapping Scotland’s personality through its cultural icons takes place this week in Dundee. Scotia Extremis is edited by Andy Jackson and Brian Johnstone and includes poems by some of the best local and national writers.

Alongside names such as national Makar Jackie Kay, Dundee Makar W N Herbert, Imtiaz Dharker, Vicki Feaver and John Glenday, the collection includes no less than six graduates of the University’s MLitt in Writing Practice and Study, all of whom have gone on to become successful, published poets. They include Lindsay Macgregor, Beth McDonough, Jacqueline Thompson, Fran Baillie, Nikki Robson and Keren Macpherson. We caught up with two of them, Fran Baillie and Beth McDonough, to ask what they thought of the Scotia Extremis experience.

Fran Baillie’s poems in Scots and English have been published widely, including a collection Mixter-Maxter recently published by Grey Hen. Her poem ‘Uisge Beatha’ on Islay single malt Laphroaig appears on page 74. Here’s an extract:

She said of the book, “The anthology is wonderful.  So proud to be a part of it. The MLitt and poetry tutor Jim Stewart gave me confidence and changed my life.”

…Shove
your moleskins, shave your beard –
don’t think you’ll sneak
that back way up a rabbit track
through easygoing glens. A Rowan

springs one woman there, whittle fine
punkbright from East Kilbride (and you should know
she’s partly Yiddish). But
tarmac’s every chip as tough.

Beth said, “From the original unveiling of the list of subjects, through the unpredictable pairings, and the weekly online destinations, Andy and Brian have brewed something thrilling, and it’s Scotia Extremis indeed. A must-have book for anyone remotely connected with the country, and a set of readings sparking still more. I’m honoured and thrilled to be part of it.”

Scotia Extremis resulted from an online poetry project where poets were commissioned to come up with a new take on the place of various subjects in the Scottish psyche. The paired poems explore the extremities of the nation’s culture, from iconic foodstuffs to notable characters, e.g. Laphroaig versus Buckfast, Muriel Gray alongside Ali Abbasi. The cover design is by DJCAD’s Calum Colvin OBE RSA.

You can read all the poems originally submitted to the project on the Whaur Extremes Meet website.