Why were we in New York?

Pam Lawrence, Senior Alumni Relations Officer, flew out to New York City last month with her colleagues Ellenore Hobkirk (Head of Development and Alumni Relations) and Kenny Malcolm (Photographer and Videographer) to catch up with our alumni who are now based in the Big Apple.

Pam kept a diary of what they got up to so she could share their work and experiences with us for the One Dundee blog. 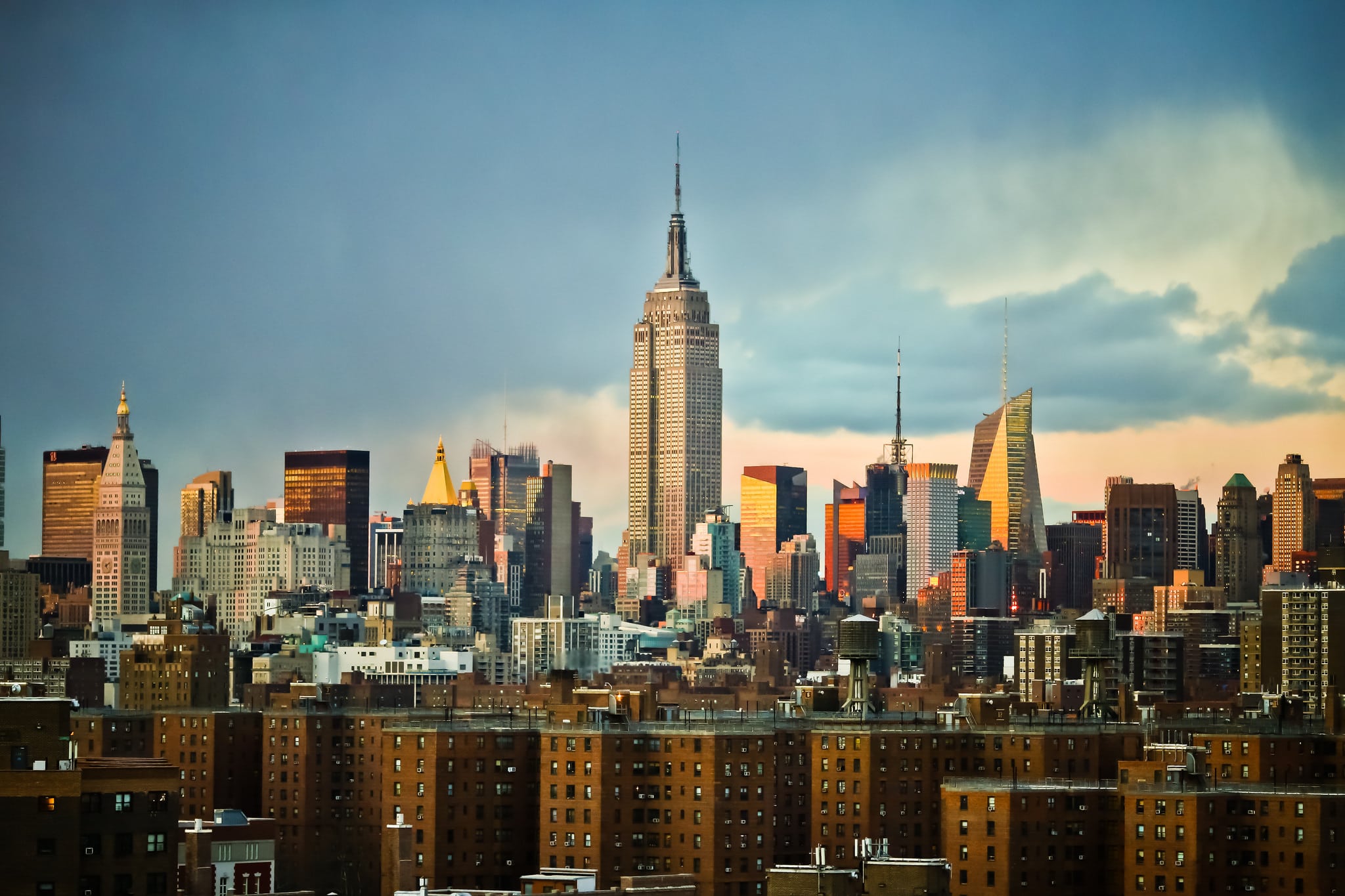 What does Alumni Relations mean? 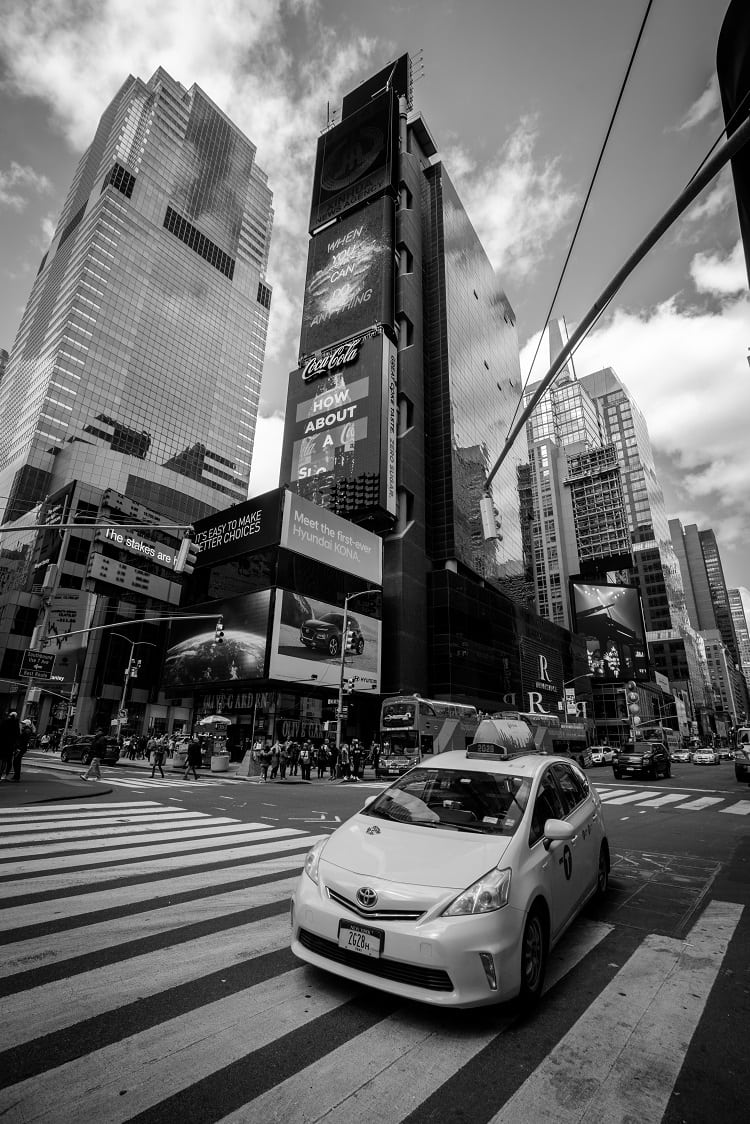 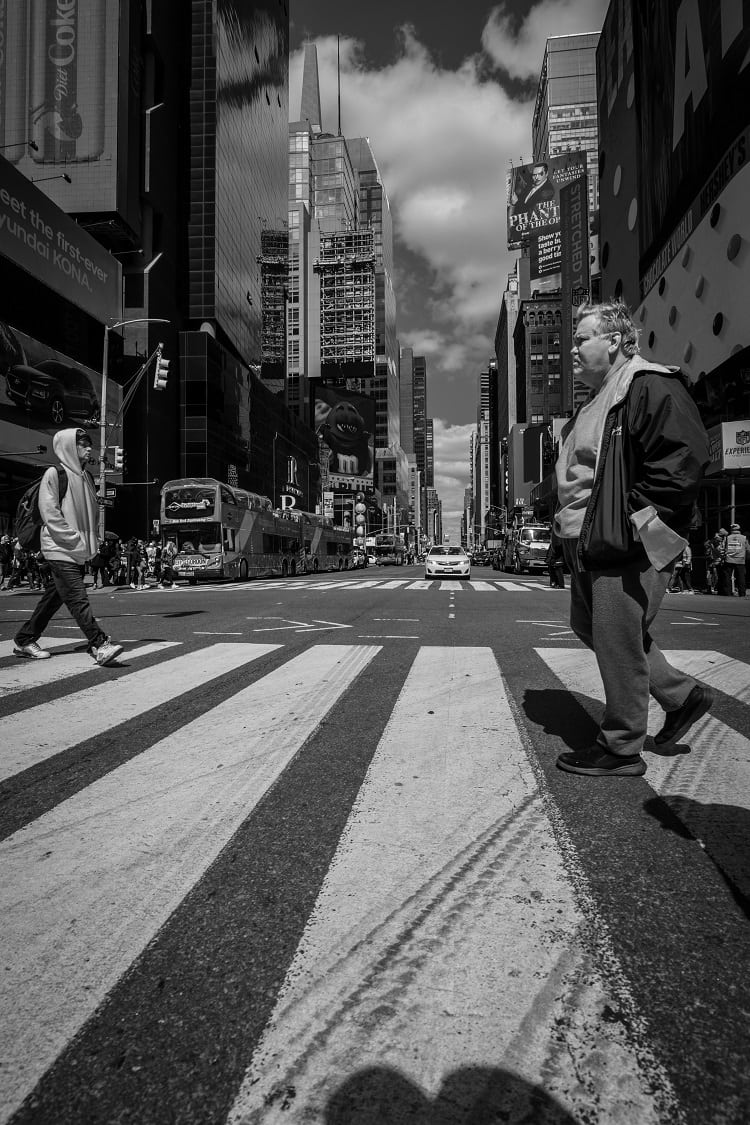 After arriving at JFK airport late last night, I had a really full-on day interviewing our alumni with Kenny, who are now based in New York.

We held the interviews at the British Consulate, where we were able to set up all of the equipment for photos and videos too. We did a total of five interviews, with some of our guests travelling into Manhattan from the surrounding area.

We interviewed two nurses, Jonas Nguh (Nursing, 2010) and Cynthia Murray (Nursing 2008), along with Catherine Truskolawski (Medical Art, 2017), Amy Fox (English, 2015), and Vipp Jaswal (Accountancy, 1990). They were all really happy to see us and were delighted to take part in our project.

Kenny filmed a lot of footage, so we’re hoping to put together a video of highlights too – keep an eye out for that! We’ll also have the individual interviews available so we’ll try and share those as soon as we can.

The Friday didn’t stop there – we had an event to go to afterwards. The Scottish Government held an alumni reception at Norwood, a private members club owned by DJCAD graduate, Alan Linn. The event was for all Scottish graduates but Dundee had really great representation, with Alan himself in attendance, along with Jonas (he won the British Council’s Social Impact Award 2017/18), and Keith Brown, MSP, who gave the welcoming speech at the event.

After a long, 12+ hour day, it was time to go and we were able to crash out at the hotel!

Saturday was a huge public event in New York – it was the Tartan Day parade! We had timed the trip around Tartan Week to ensure our expat and American alumni were there to embrace the Scottish culture.

We had around 25 people at the parade with us. Our alumni friends came and brought their families too, so it was a really fun day for everyone. We were wearing our #SunnyDundee sunglasses, which I kept handing out to the people in the crowds who were shouting and cheering for Dundee. I had only one pair left and noticed MSP Keith Brown (he’d been at the event last night) on the top deck of the tour bus so threw them up to him – miraculously, he caught them and took a great selfie!

The Scottish singer KT Tunstall was leading the parade, and everyone was in such good spirits. Walking down the Avenue of the Americas was really inspiring and motivational – people just had such love for our city and university, we were smiling the whole time. It’s such a wonderful opportunity to build and maintain the relationships with our alumni, but also reach out to people who weren’t aware of Dundee – the UK’s coolest little city.

After the parade, there was a party later in the afternoon, which provided an opportunity for alumni to mingle and enjoy the atmosphere a bit longer. It was really nice to be part of their circle and hear them reminisce about their time at Dundee. I think I overheard them making plans for their next social event – either cocktails at The Met or a gathering at the artist (and DJCAD graduate) Sir Ian Scott’s Brooklyn home. 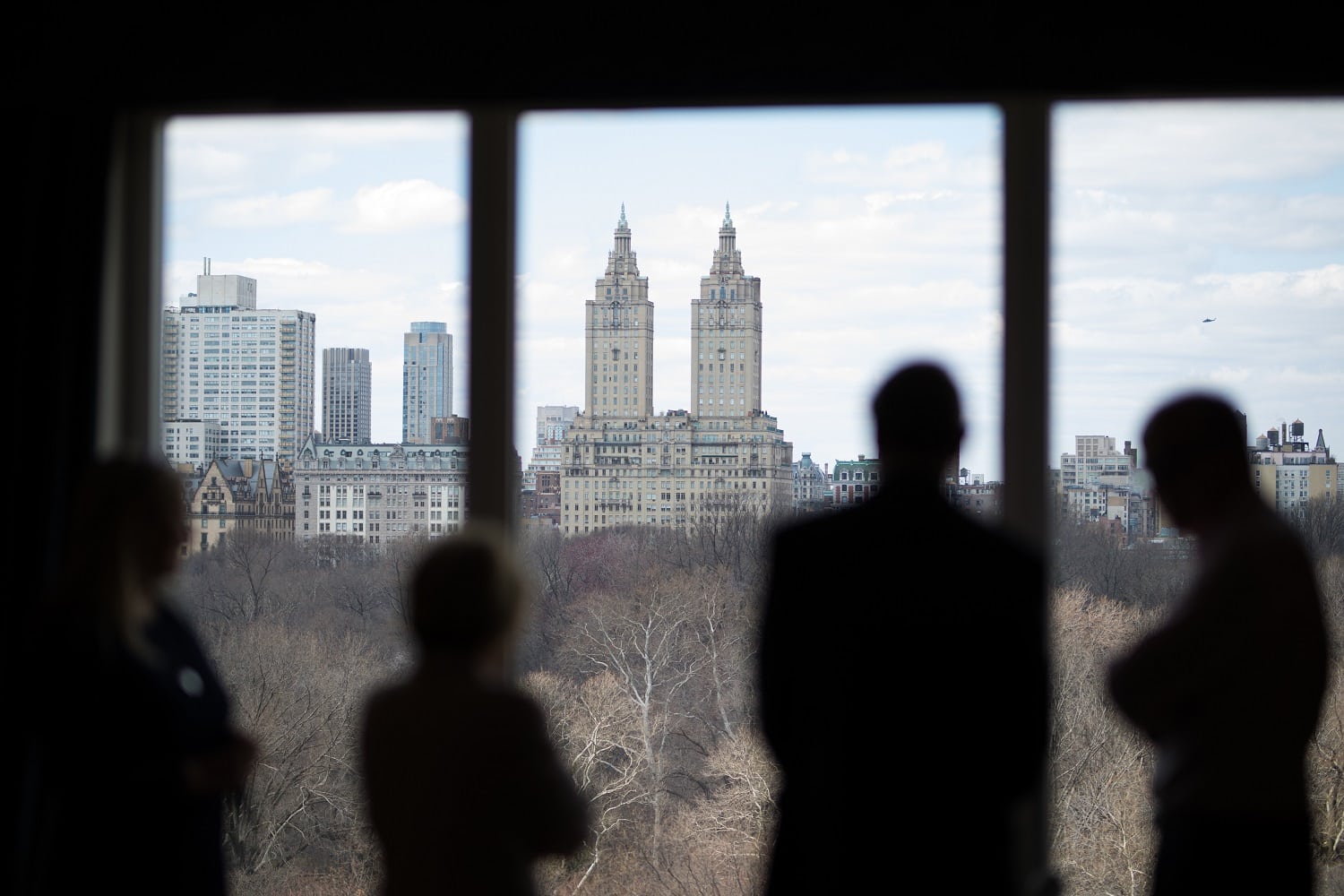 Although it was gorgeous sunshine in New York, it was still bitterly cold. Good thing we were indoors, finding out more about our stateside alumni.

The Principal, Pete Downes accompanied by Ellenore, had lunch with some of our alumni. Prior to this Kenny had interviewed a few of them and took their pictures to be used for our already established I Am campaign. Afterwards, Prof Sir Pete Downes spent time chatting to our alumni, hearing about their experiences at Dundee, finding out all about their careers and current work, and also explaining to them the vision of our university and the enormous change the city of Dundee has been going through lately.

It was such a good opportunity to explain to people already invested in Dundee how well the city is doing, and the recent achievements the university has been making. 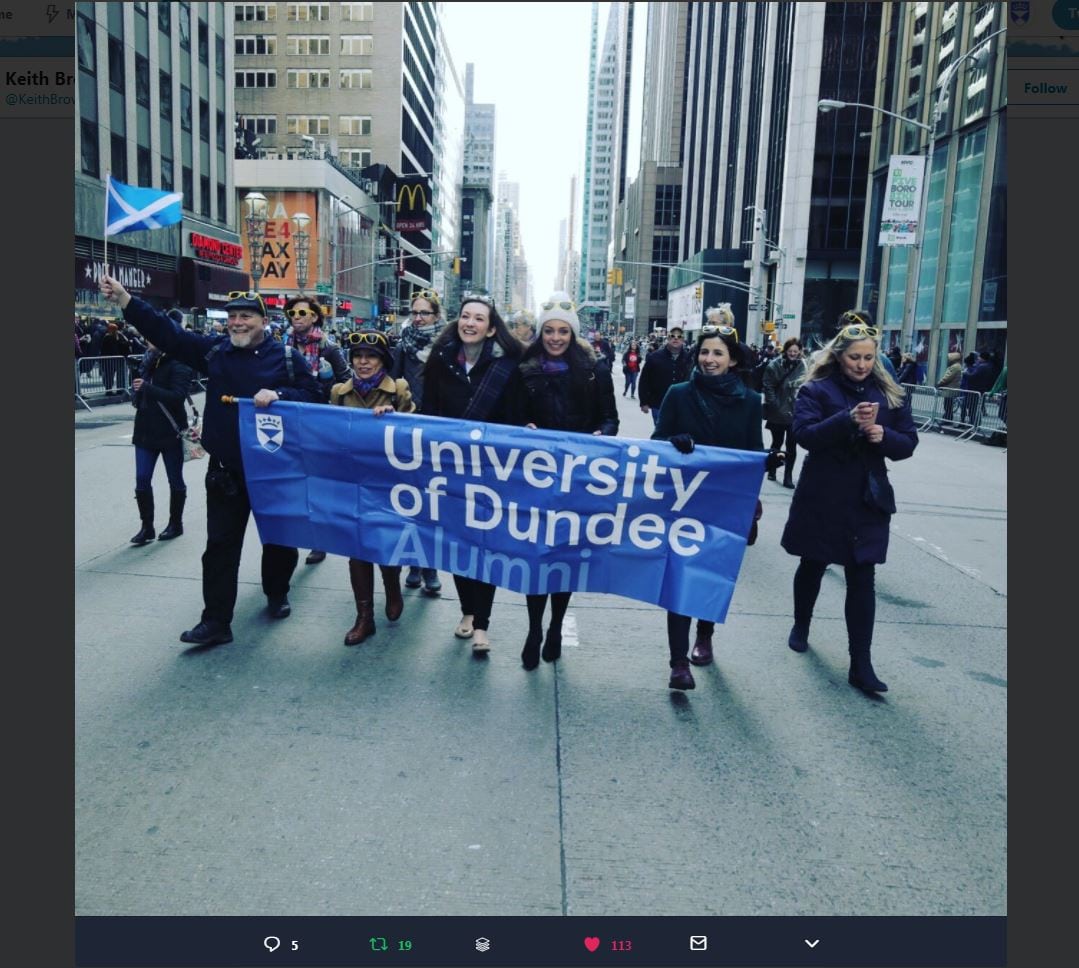 Monday morning and we were back to the grind! We were on location all day on Monday. First up, we visited Lex Braes’ art studio in Brooklyn. Lex graduated in Fine Art in 1979.

We filmed an interview with Lex while we were there, before heading on to Central Park West to film Gil Perrone at his office. It was good catching up with him, and he told us that if it wasn’t for his experience at the School of Dentistry he doubts he’d have had such a successful career. (He’s an oral surgeon to the rich and famous, including superstar rapper Jay-Z.)

Later we went to visit Paul Gardner (he’s a Dundonian, born and bred, and his uncle actually worked at DJCAD when he decided to study with us). Paul has a space at WeWork (a bit like Fleet Collective, offering co-working spaces) where he carries out work for his graphic design company Tipping & Gardner. He’s designed logos for organisations such as Intel – he’s actually the man behind the MSN butterfly design. It was fascinating to hear about his work, and he’s keen to help us inspire our new students and potential applicants.

Andrew Topen is another Dundonian in New York, who we met that day too. He graduated in Geography and Politics in 1995 before working across public affairs and communications. Andrew is now Vice President, Global Media Relations and Digital Communications for a major pharmaceutical company.

It was another heavy day of filming across Manhattan, but it was a lovely way to get to see the New York City. 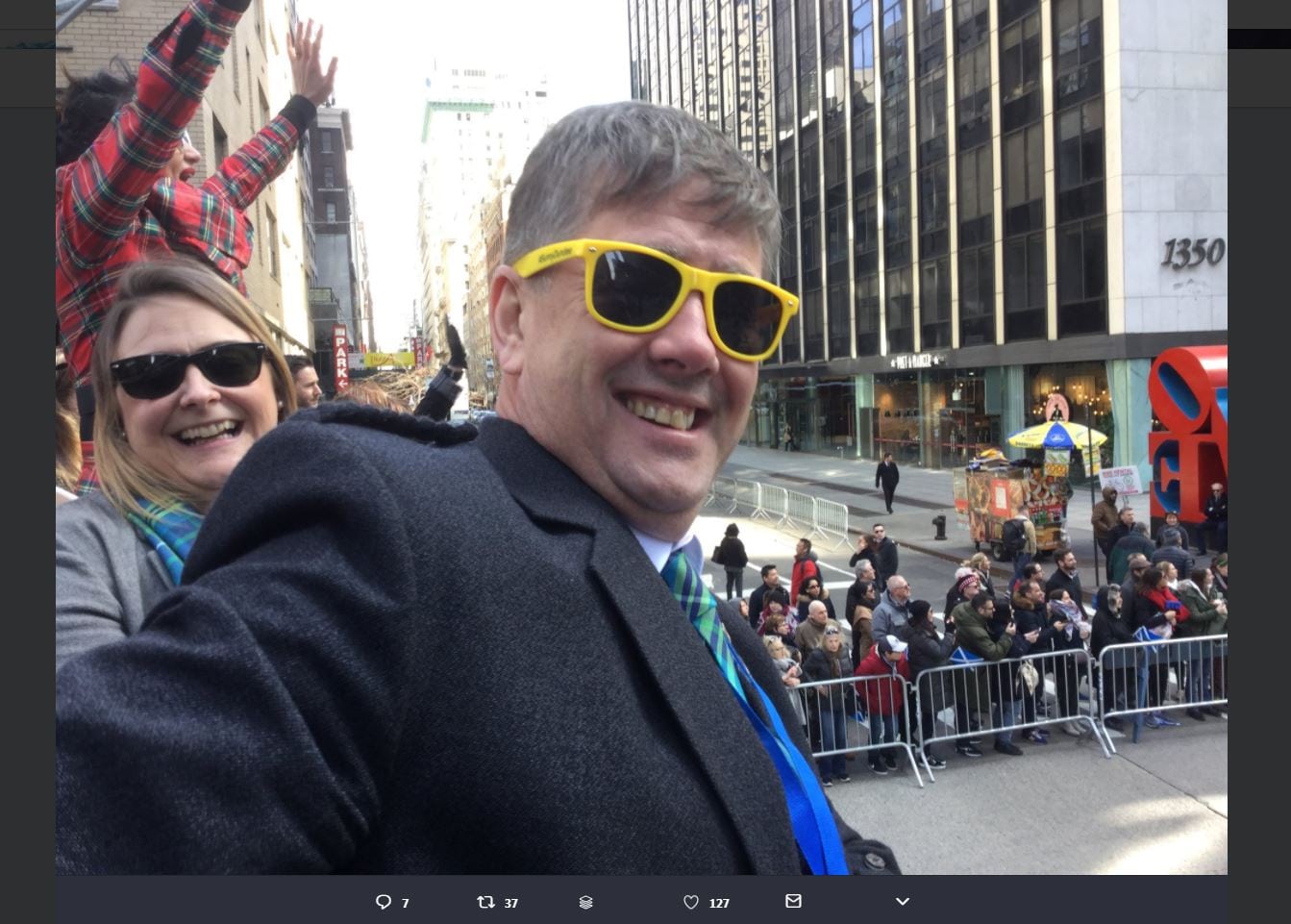 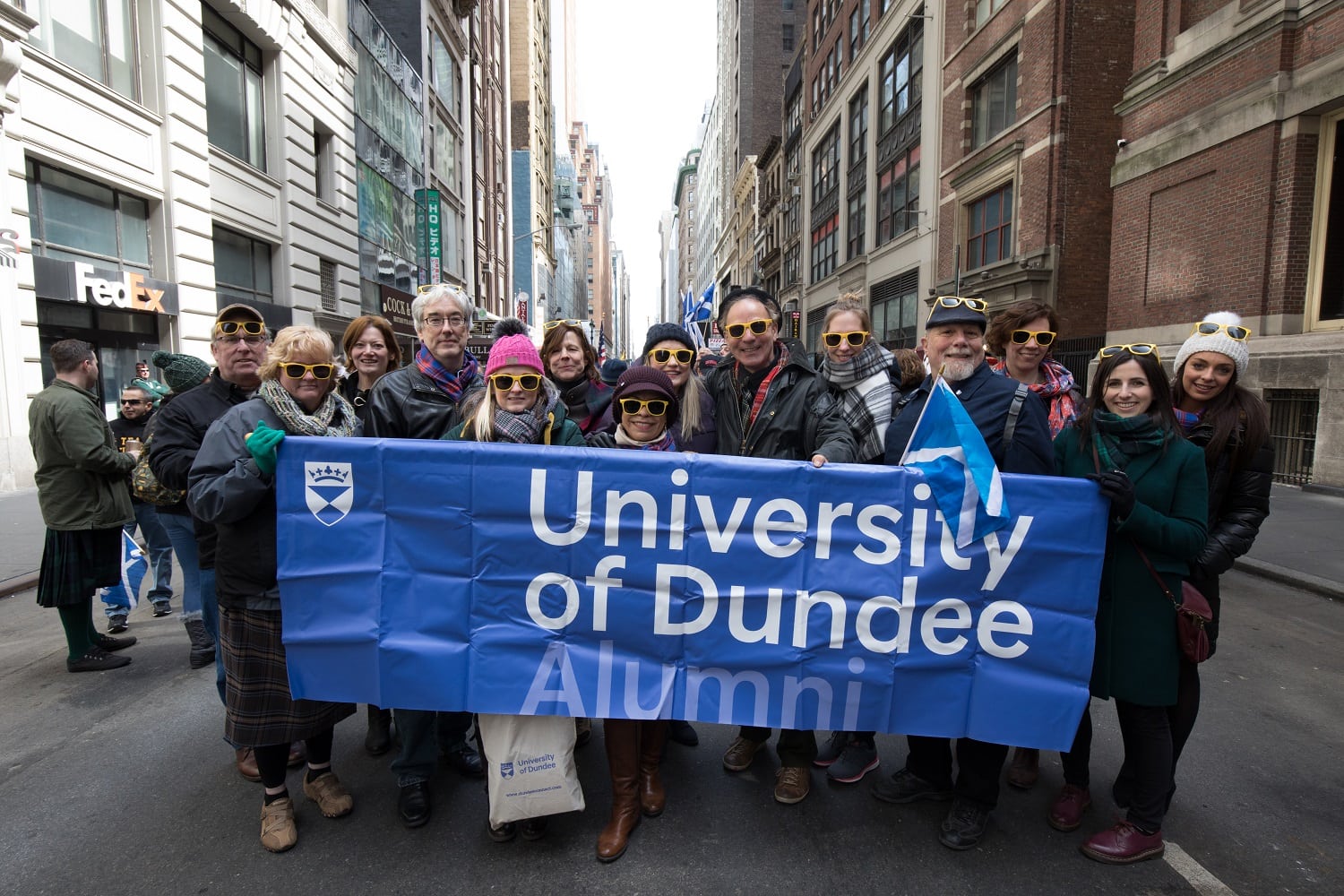 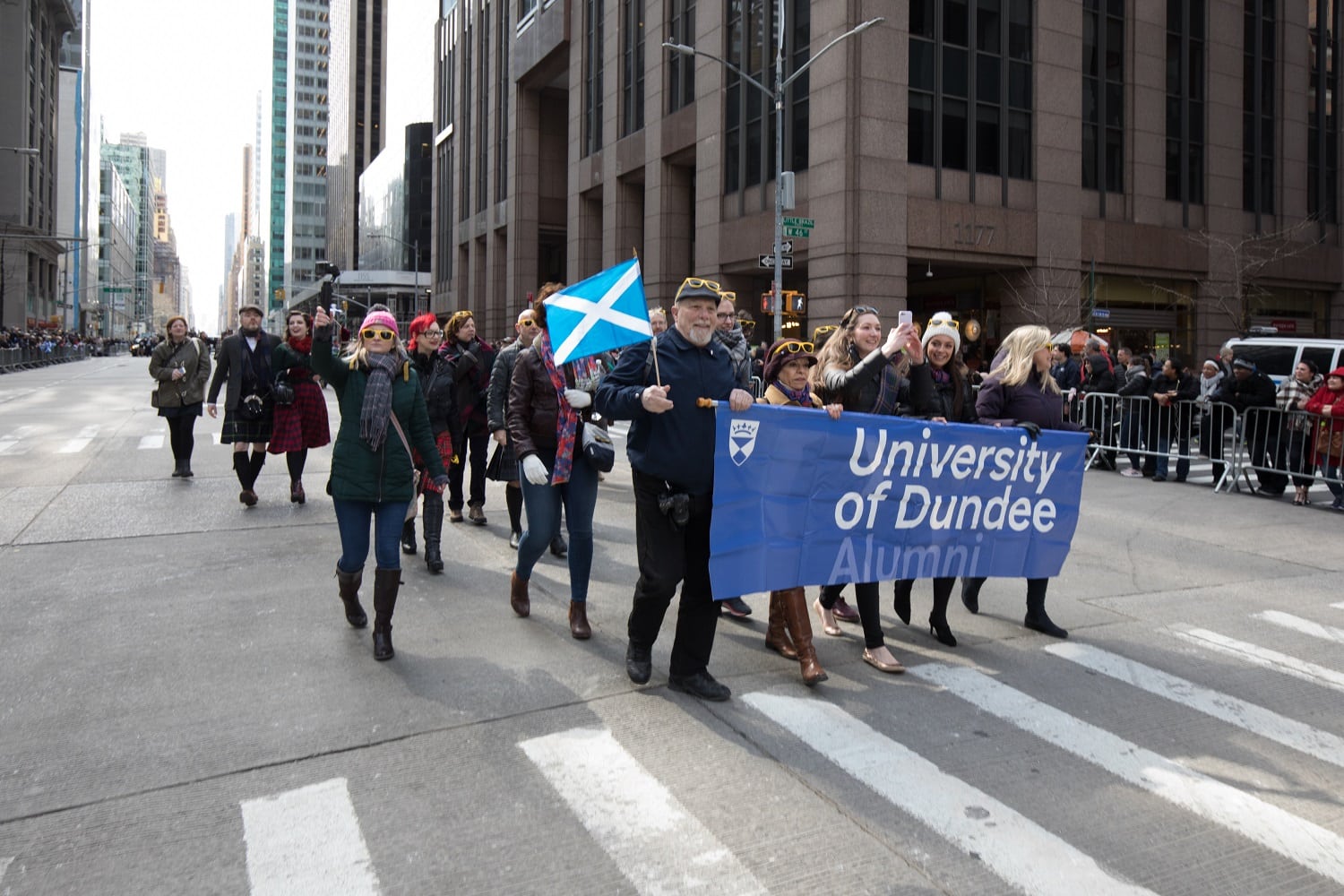 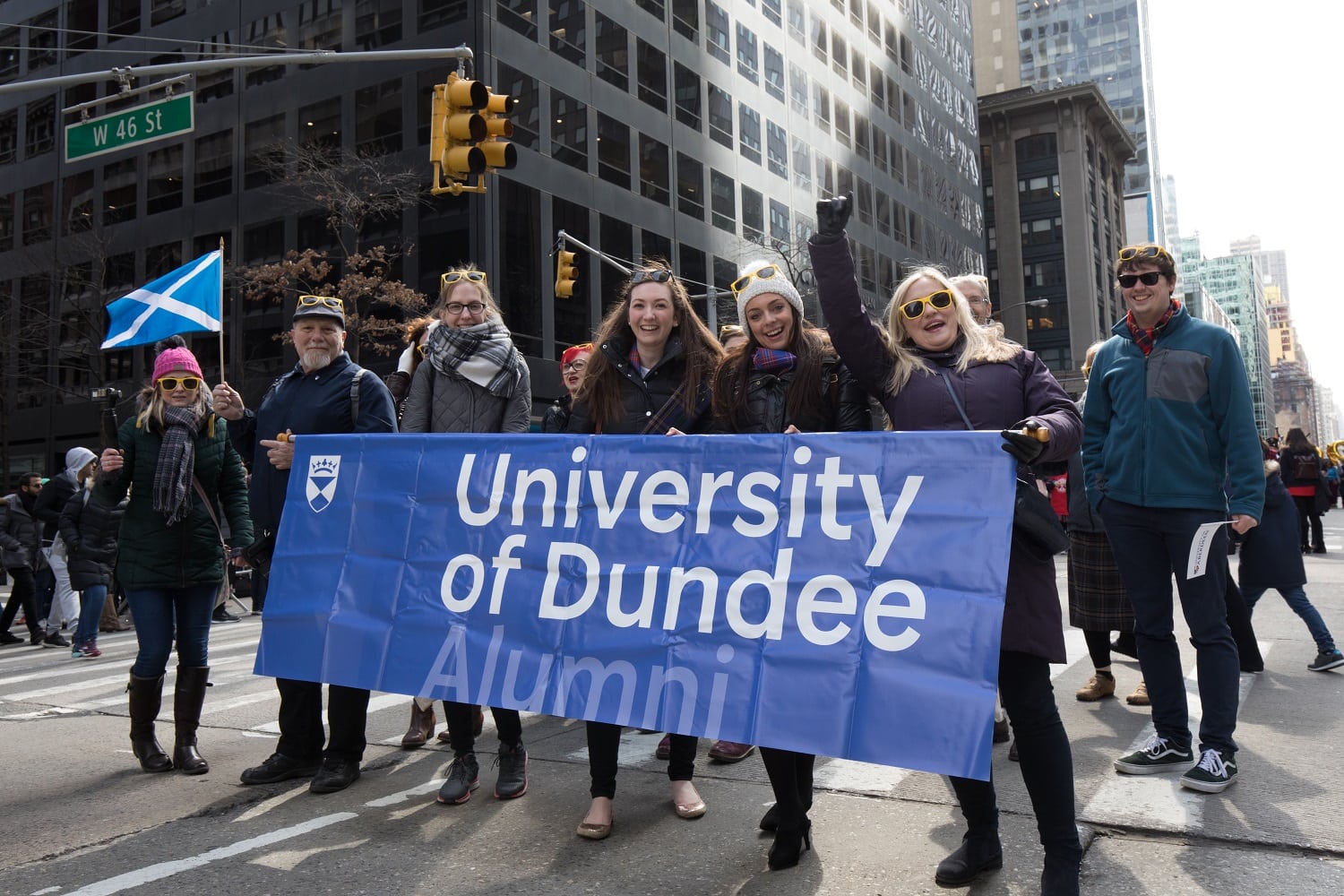 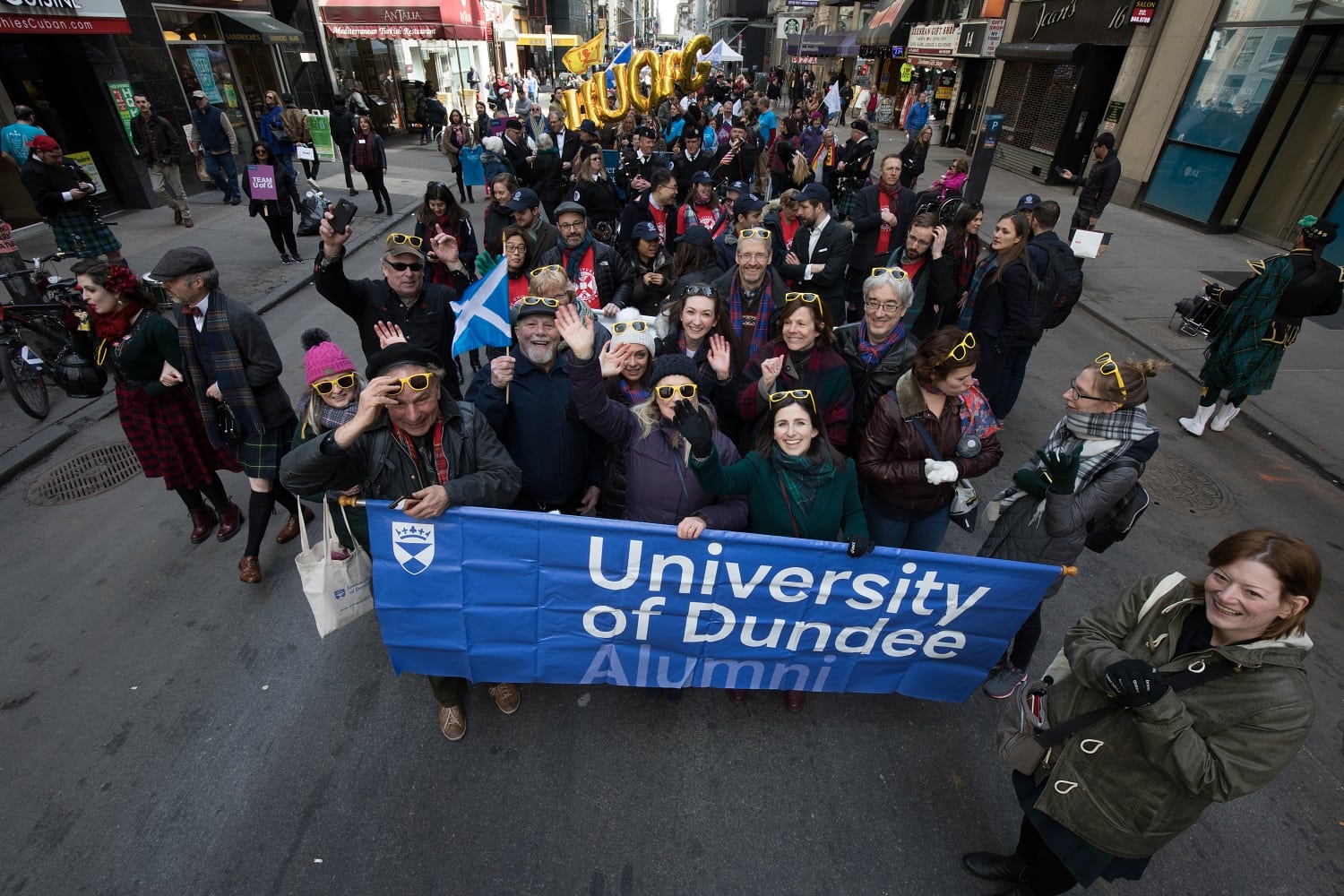 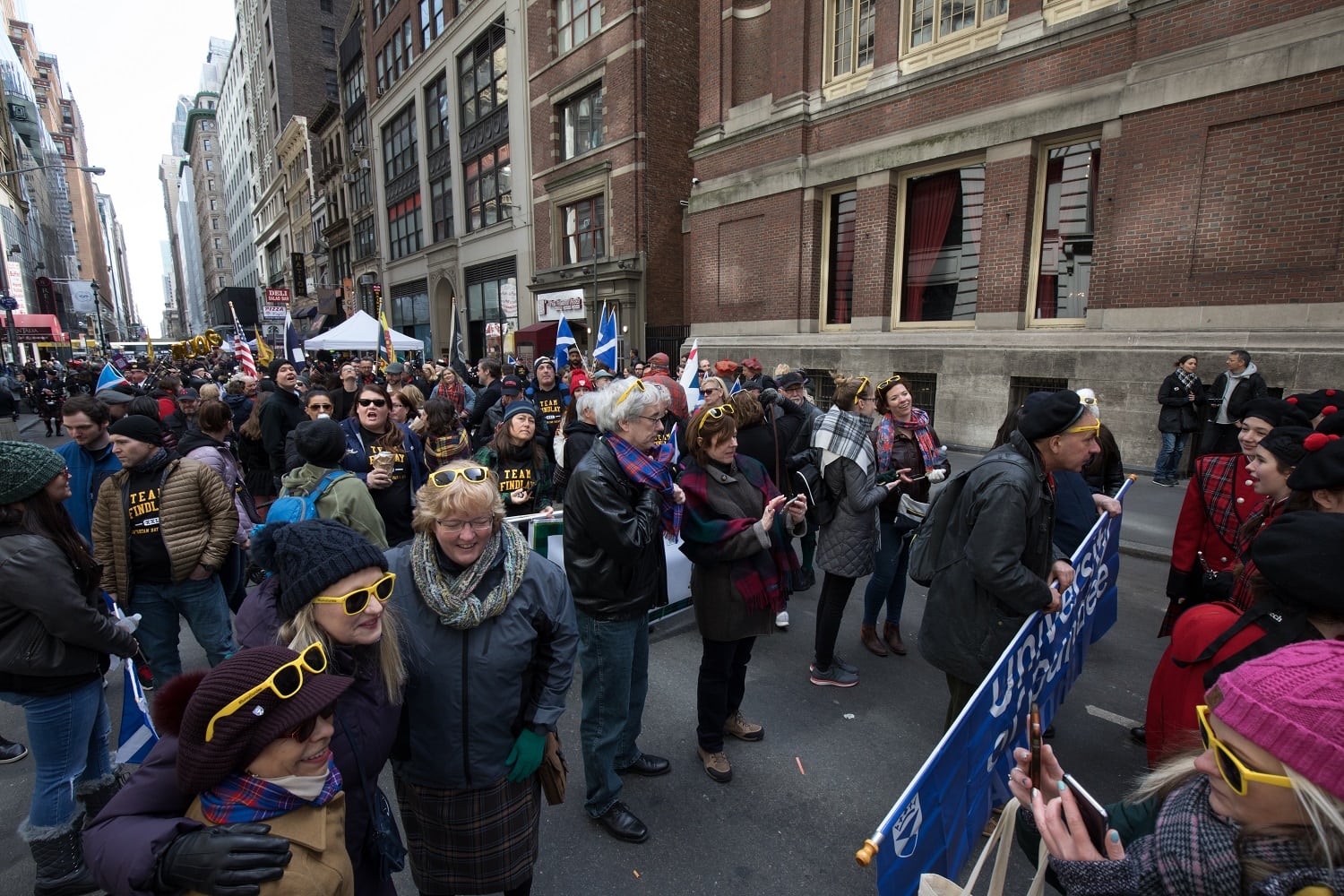 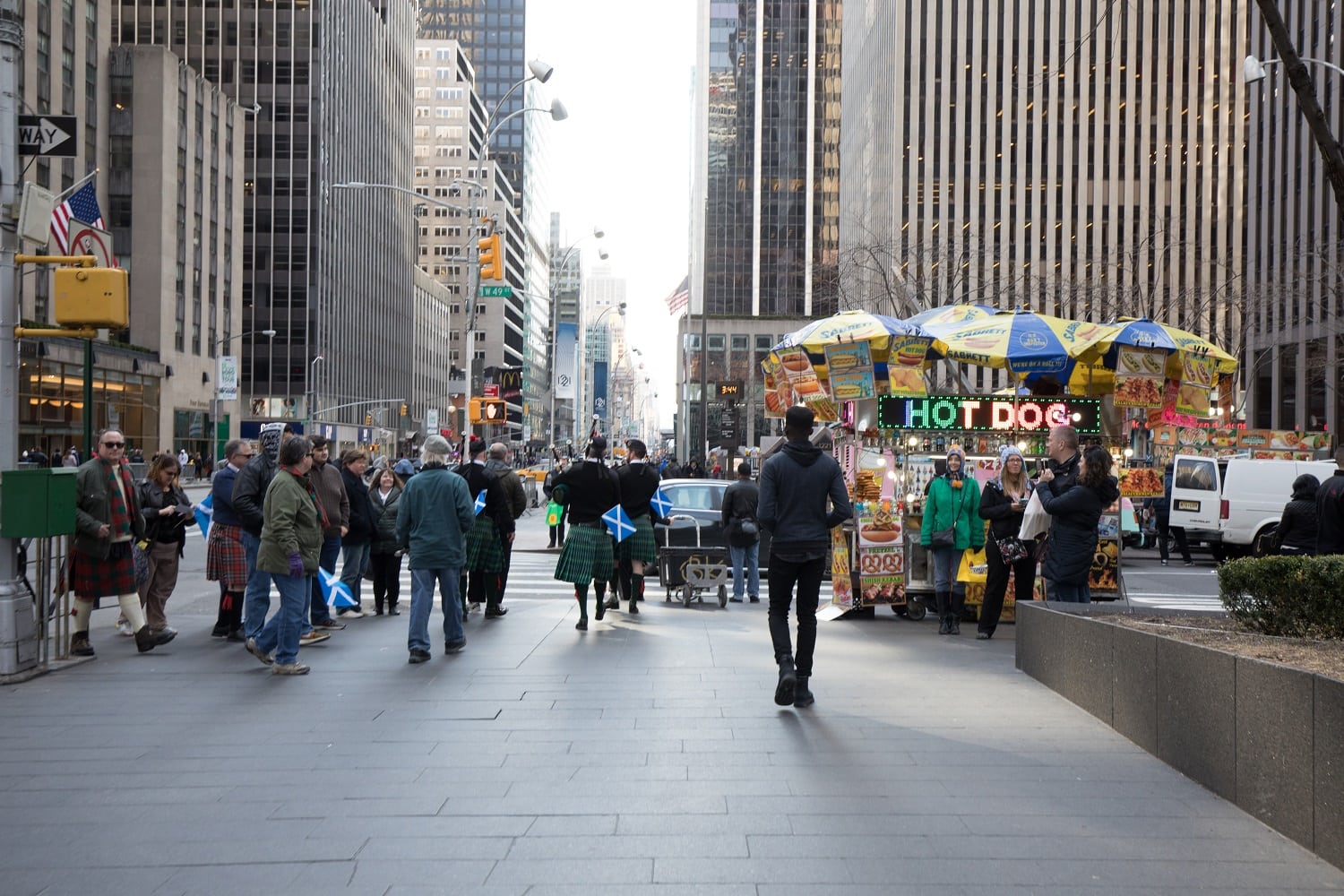 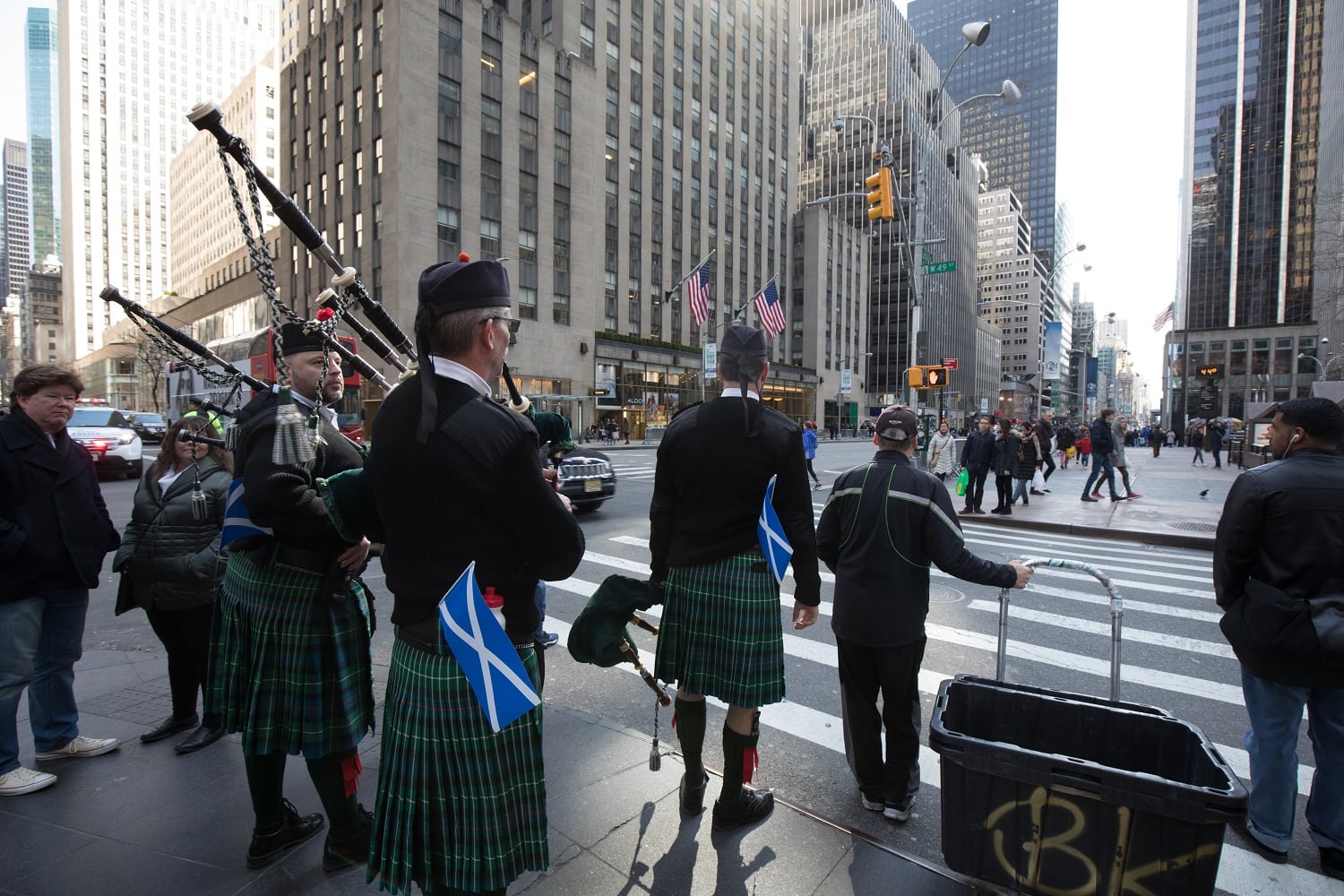 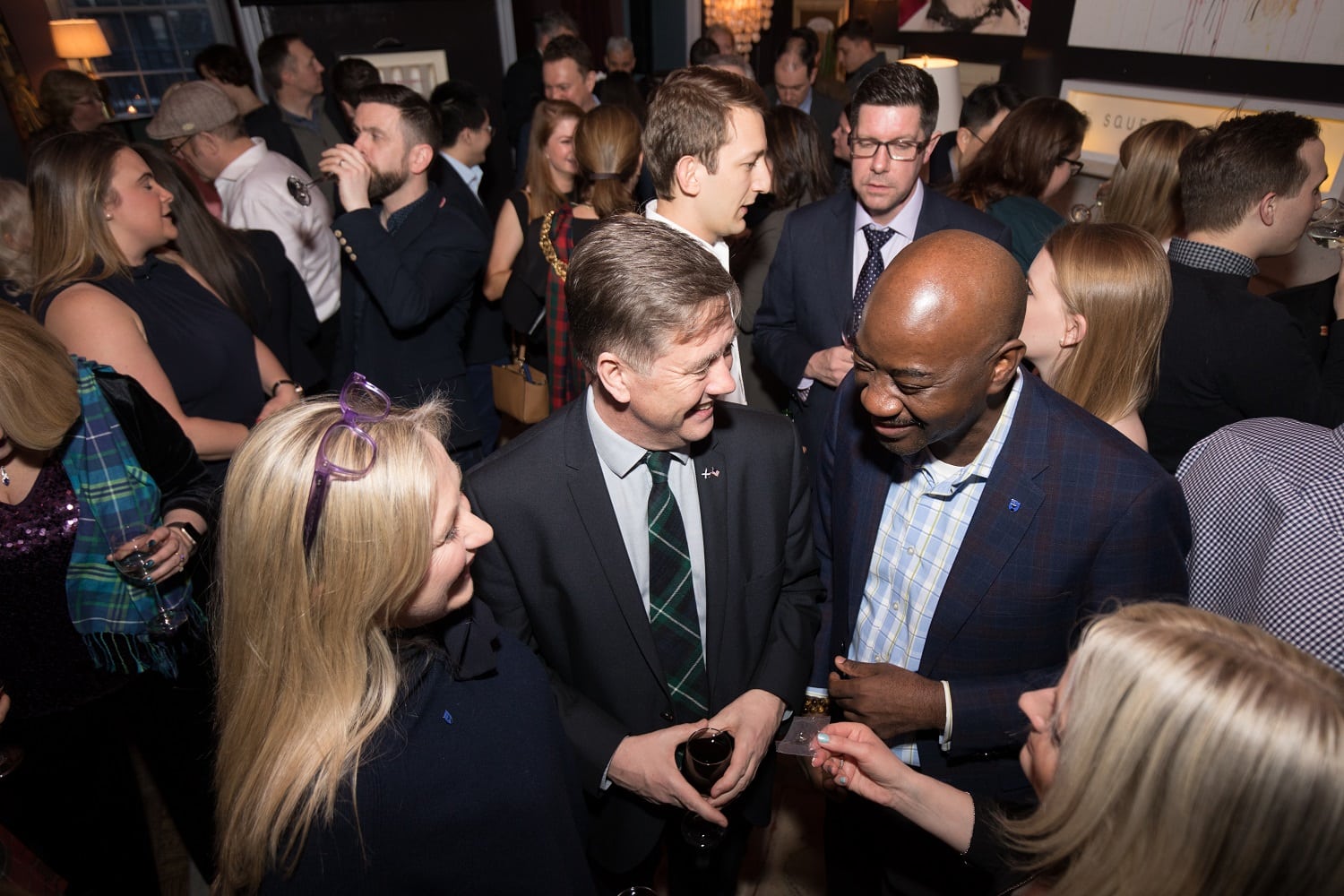 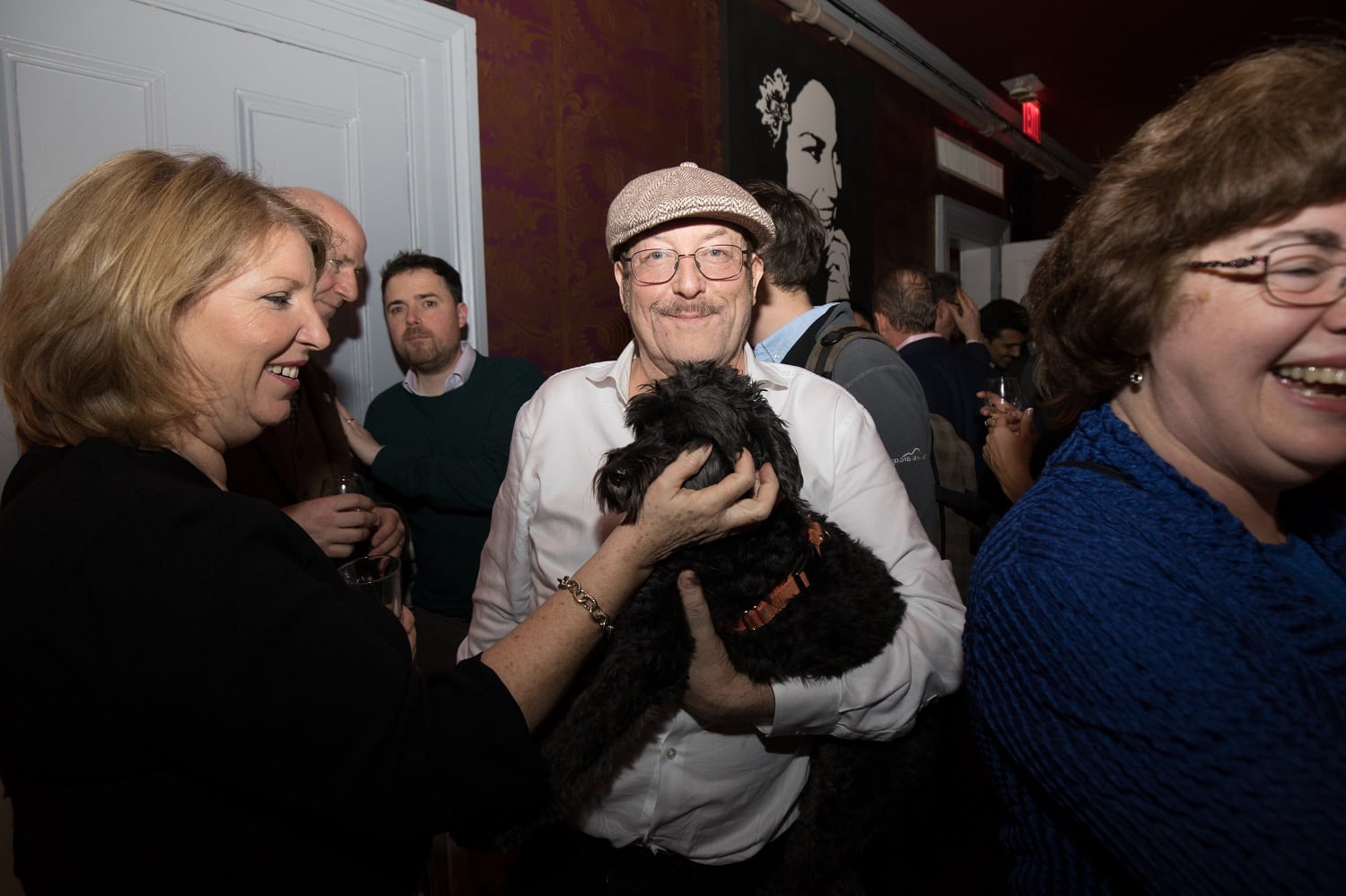 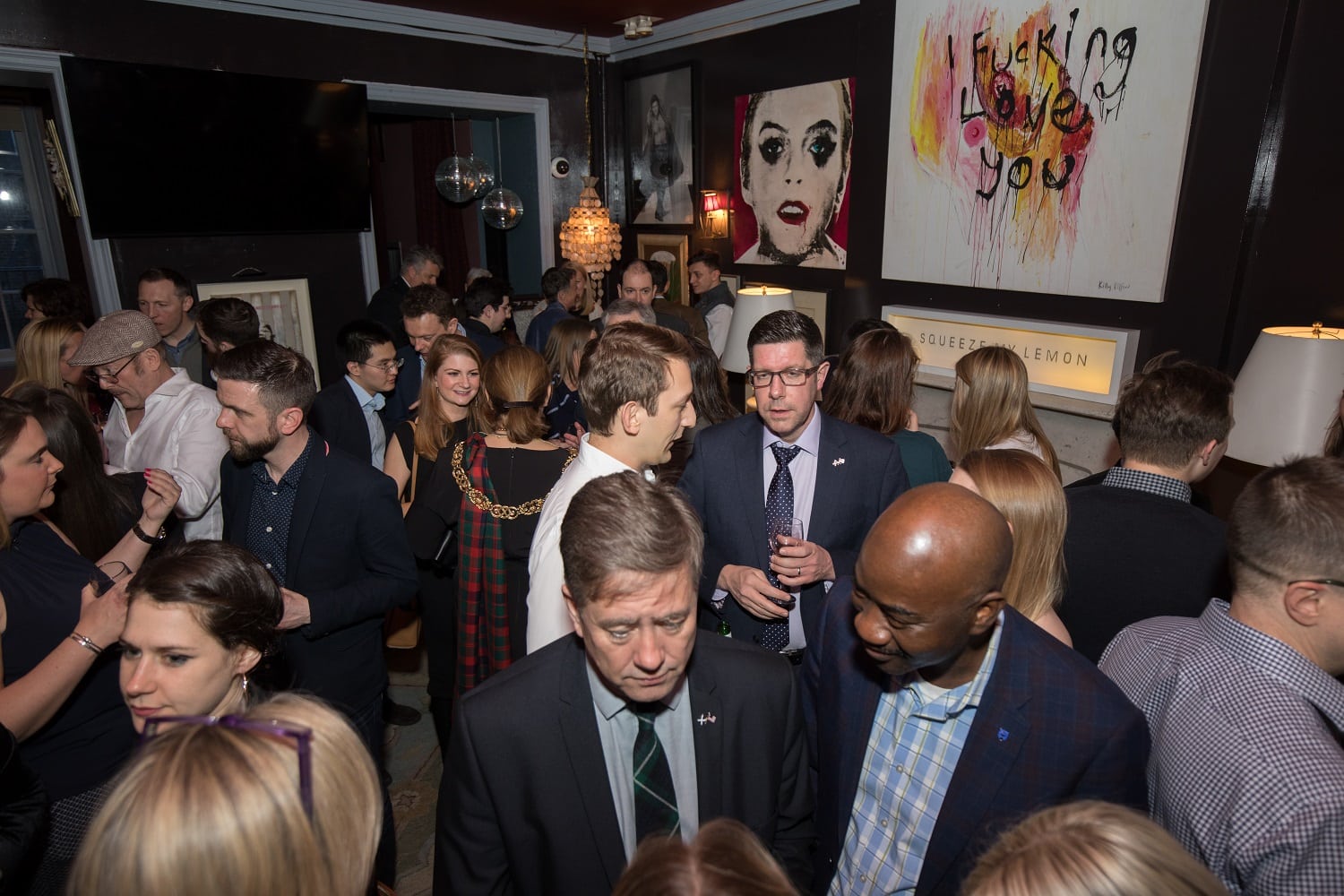 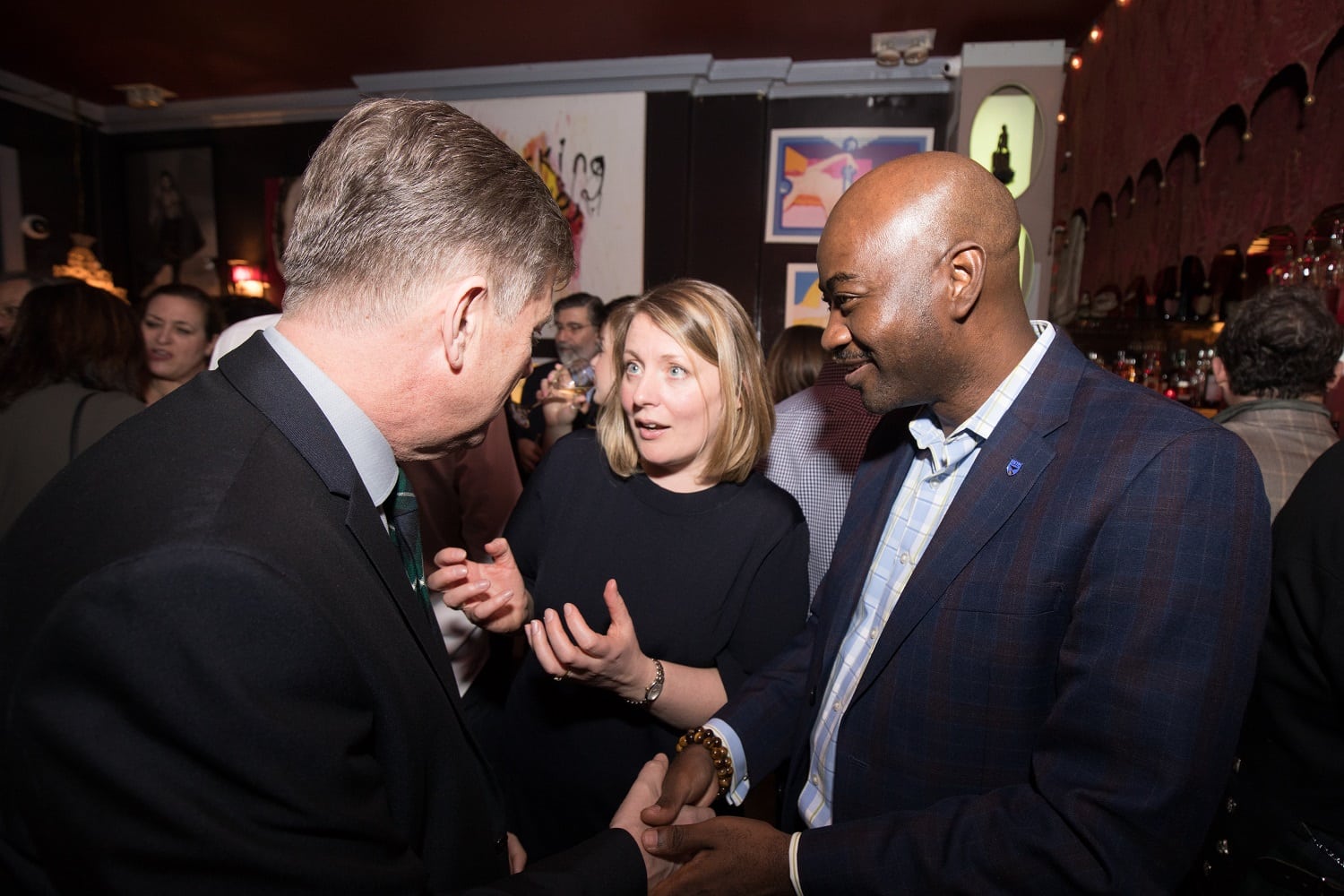 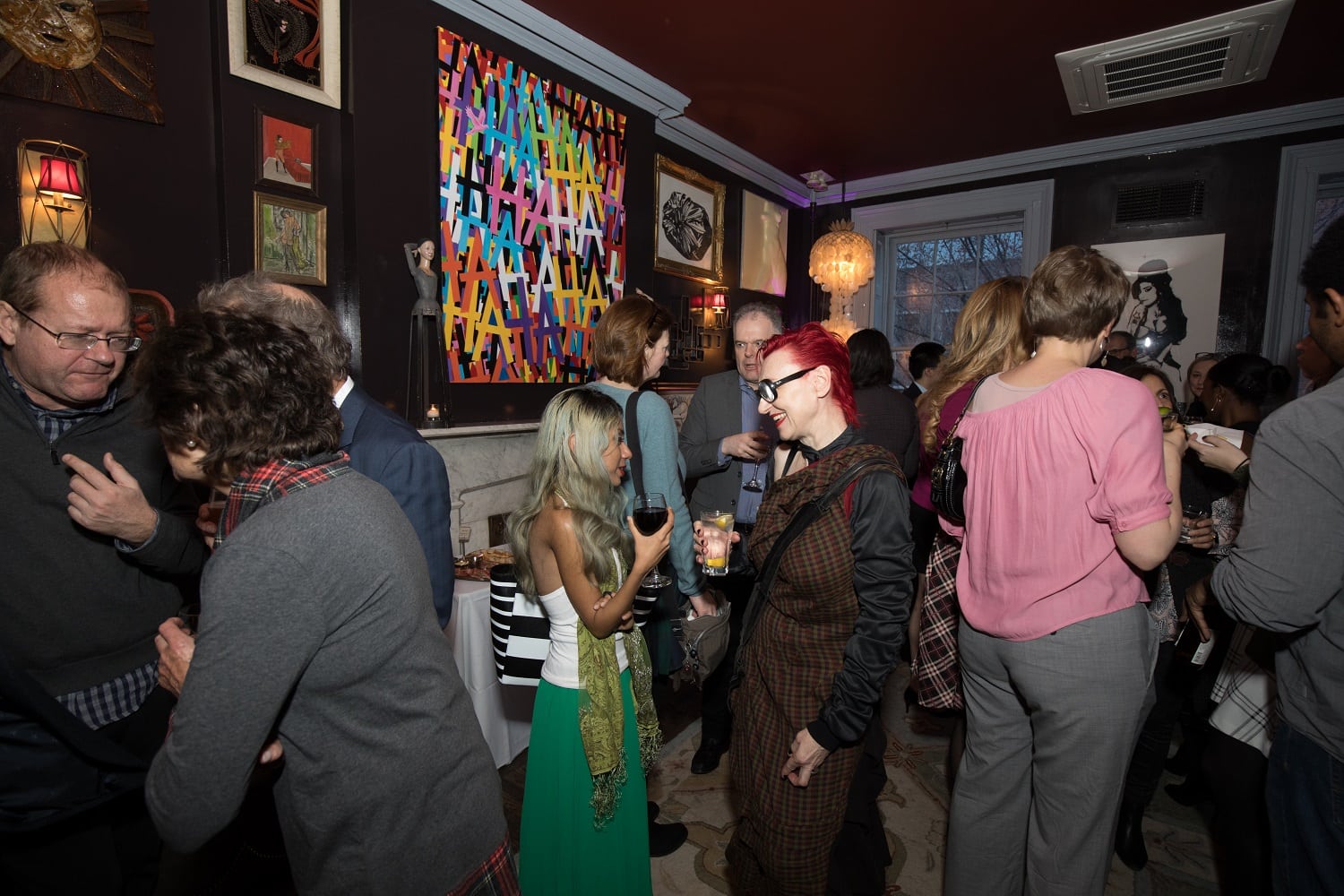 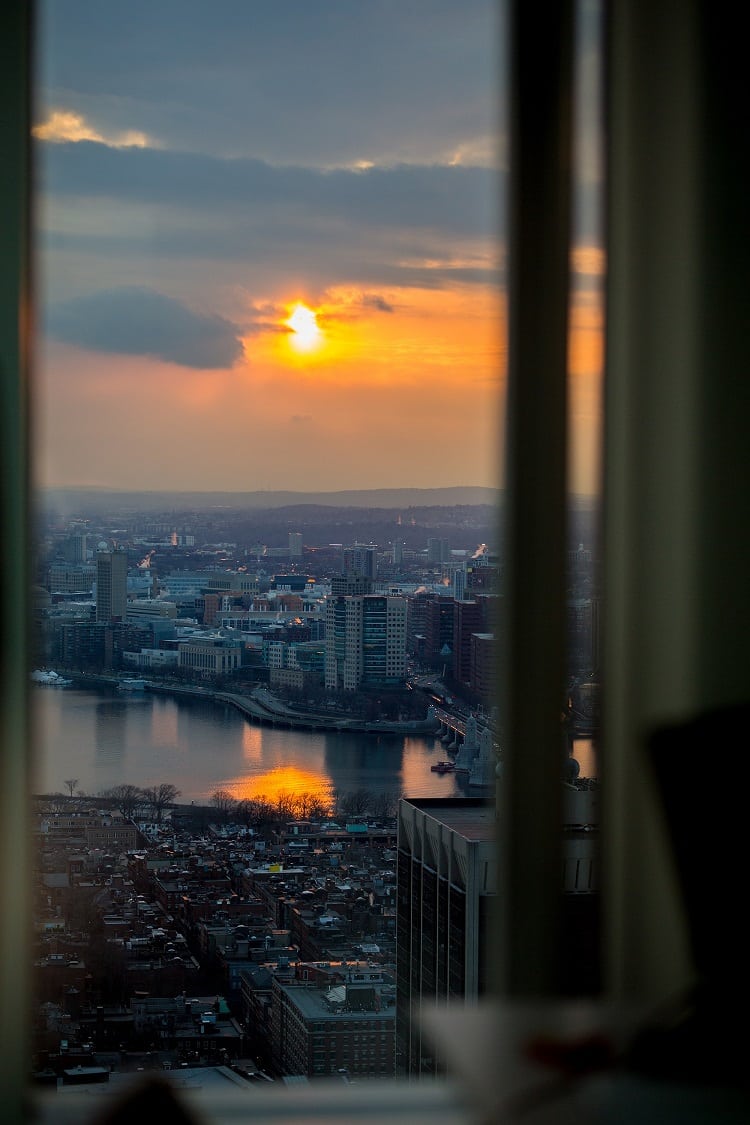 Great fun, but a lot of hard work

Doing international trips is hard work – you’re jet lagged, disorientated, and often in completely new surroundings. Your days are as full on as any other day in the office or at meetings, but your emails still need to be answered, your work still needs to be done. Thankfully, America doesn’t have the language barriers some of our other regions do! It was a really busy week (after New York we flew on to Boston and Toronto for more of the same) and it can take its toll, but it’s really enjoyable seeing how our alumni can help us to inspire our new recruits and build on our reputation, internationally, as one of the world’s leading universities.

Seeing our relationships develop with our alumni is really special. During our visit, so many of our graduates offered to volunteer to spread the word about Dundee and their experience at our university. That – and the small opportunity to see another part of the world – is what makes it all completely worthwhile.

Are you a Dundee graduate? Find out how you can get involved with our alumni team. 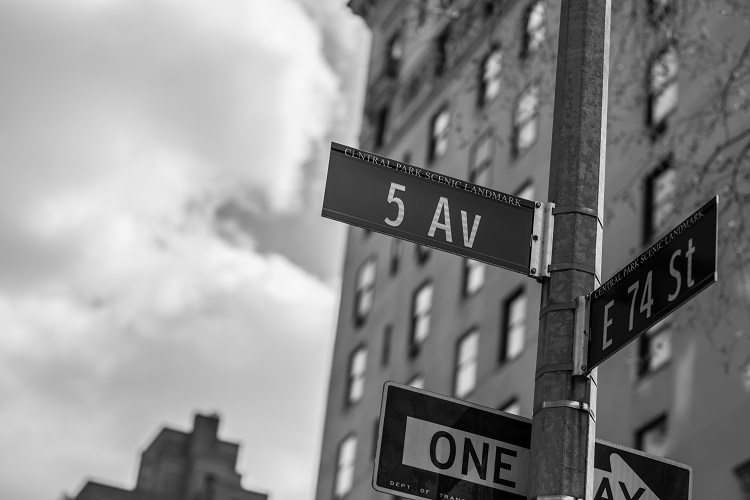 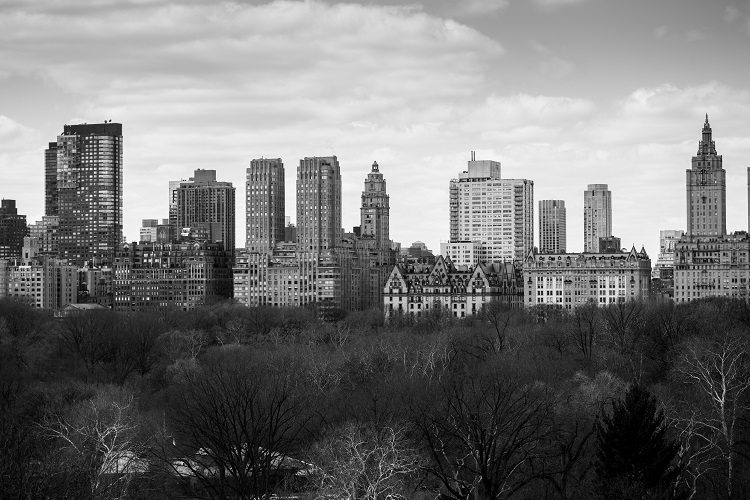 Do you have a story for the blog? Email us at internal-comms@dundee.ac.uk.