No stopping Fiona on her part-time path to academia 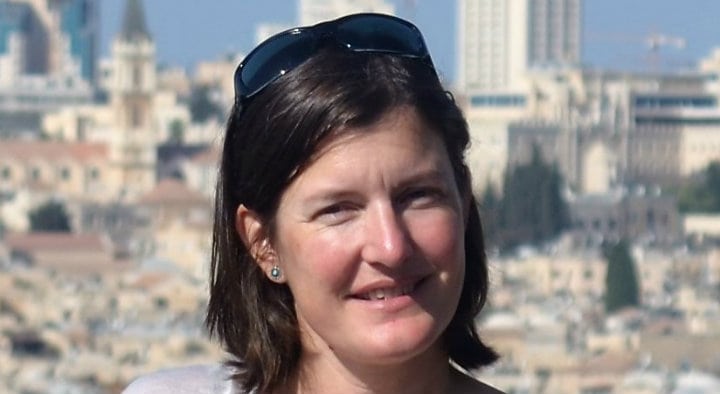 Pioneering student Fiona Dixon is eyeing up a career in academia after a search for a night class led to her obtaining a degree.

Fiona’s intention was to broaden her horizons when she started looking for a suitable subject to study in 2012.

However, as the mother of five from Dundee prepares to become one of the University’s first part-time students to graduate with honours, she admits that her unintended return to higher education has prompted her to consider a career in the field.

Fiona, 47, will collect her First Class MA with joint honours in English and History at the Caird Hall on Thursday, the culmination of six years of studying.

Fiona said, “I dropped out of doing my first degree when I was 20, doing Business Studies at Swansea. It seemed like a useful degree to do but I just didn’t enjoy it.

“Later in life, as I got married and had children, getting a degree was something that I still wanted to do but I never thought I could afford it.

“I started looking for an evening class at the University, just to keep my brain active, but I then noticed that the advert said you could do a part-time degree.

“The best thing was that I could study English, which is something I really wanted to do, and about three weeks later I was signed up.”

“Every single module has been eye-opening and I’m not stopping now. I’ve become really interested in academia and this experience has already opened doors so we’ll see what happens.”

Starting in 2012, Fiona’s two modules required her to attend classes for two evenings a week.

With the support of her husband Kerry, she quickly found ways of balancing her domestic and academic life, and having completed her course has now applied to continue her studies at Dundee with a Master’s Degree in Literature.

Another part-time course that will take two years to complete, Fiona said that studying had already opened up a host of personal and professional opportunities.

“It’s been a brilliant experience and the class has been a really good mixture of people, young and old,” she added.

“I’ve made a really nice group of friends and we now go out together to the theatre or for dinner, and that social aspect has been a really rewarding part of the course.

“I started when my two children were in primary school and in that six years they have become used to seeing me study, which I think is good for them.

“Every single module has been eye-opening and I’m not stopping now. I’ve become really interested in academia and this experience has already opened doors so we’ll see what happens.”