Nursing student Blythe bangs the drum for Scotland in China 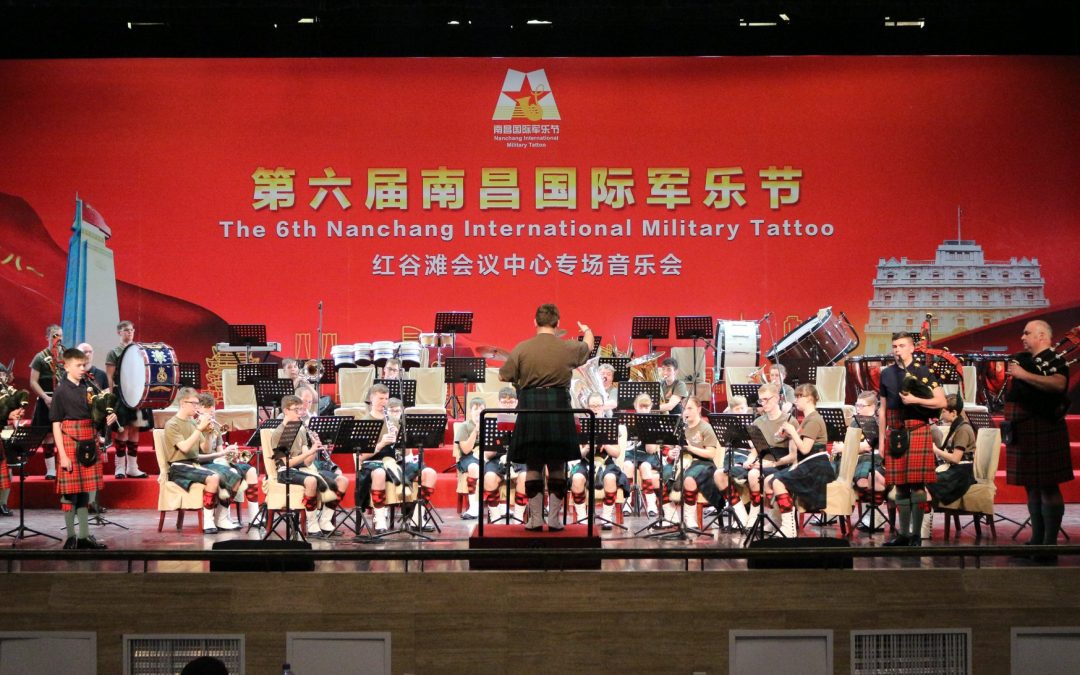 Her studies will help keep patients as fit as a fiddle but a Nursing student at the University of Dundee has been marching to a different beat while competing in an international music event.

Blythe Johnston, a first year Adult Nursing undergraduate, was part of the Regimental Band of the Black Watch Army Cadet Force that hit the right notes representing the UK at the Nanchang International Military Tattoo.

The 20-year-old from Kinross flew to China with her bandmates to perform alongside bands from around the world, including Croatia, Egypt, New Zealand, Poland, and Singapore. 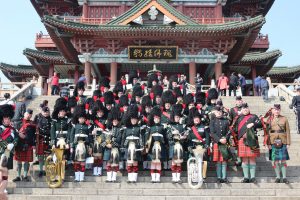 Though not one to blow her own trumpet, Blythe said that performing in front of a packed arena had been a huge honour for the band.

“This was our first time doing anything as big as this and it was an incredible experience,” she said.

“The setting was spectacular, with a huge video wall and bright lights around the arena. Even though it isn’t a competition as such, we obviously wanted to do our best as representatives for the country. We were able to walk around Nanchang and see the local culture and the differences between our lifestyles, so it was a great thing to be able to do.

“A lot of the music the other bands played was new to us, but there were some familiar pieces as well. It was surprising to hear bands from all over the world play pieces of music like Highland Cathedral, that we are so familiar with.” 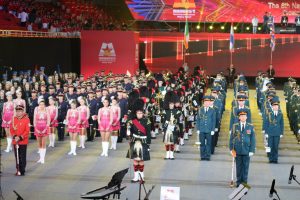 Blythe first became involved with the band at the age of 14 when her mother, who worked in the military, responded to a newspaper advert looking for new recruits. After four years she was forced to relinquish her playing duties after reaching the upper age limit for cadets, taking on an instructional role and passing on her own experience.

“It’s great as I get to watch the younger members’ progress,” Blythe continued. “Because we only practice once a week it doesn’t impact upon my studies either.

“The band are very easy-going. We get everything from beginners to expert players but everybody gets the same opportunities to progress and play in events like the tattoo. It’s a great experience for anybody who wants to get involved” 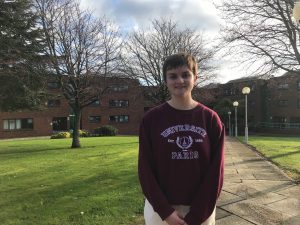 Back in Scotland, Blythe’s attention is very much on her coursework as she continues her studies at the University’s School of Nursing and Health Sciences campus in Kirkcaldy.

“I started my first placement at the end of November,” she continued.

“I’m working as a Health Visitor, which is a really good first placement as it gives me a flavour of lots of different things.

“I chose to study Nursing at Kirkcaldy because it’s a campus where you get to know everybody and the environment is really supportive. The lecturers get to know your face as you spend more time here and you can build relationships more easily.

“I’m in the Army Reserves at the moment and my career goal is to become a nurse in the Army. Obviously working in the military runs in my family, so to combine that with my passion for nursing would be a dream come true.”