Opinion – Amess Murder: What can be done to ensure the safety of our elected representatives? 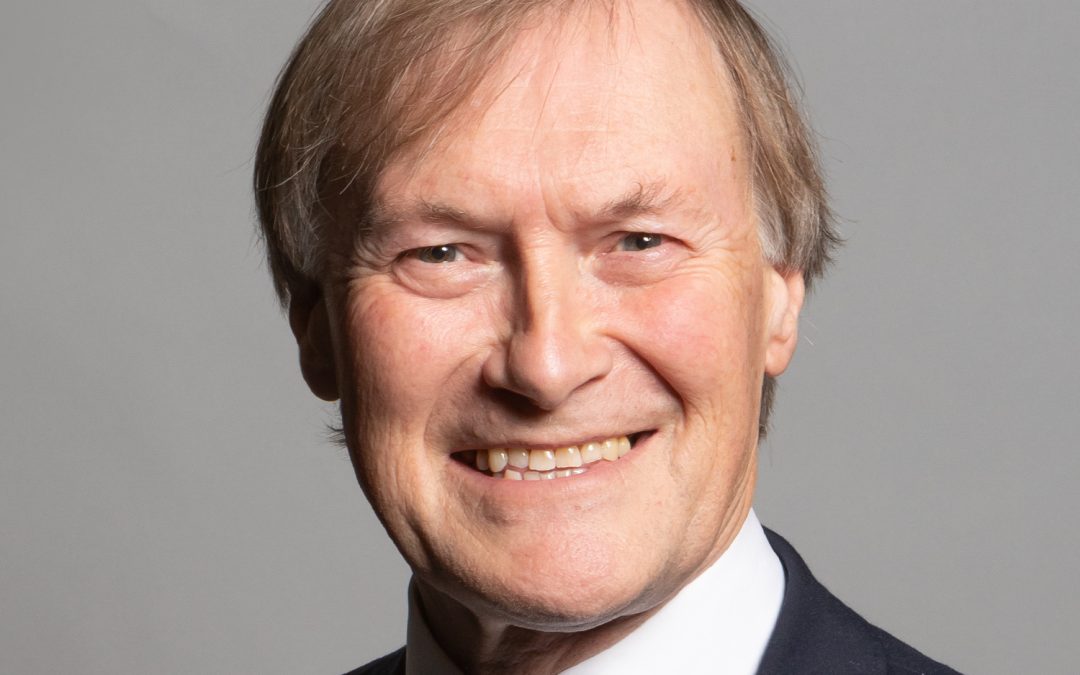 The killing of Sir David Amess in his Southend West constituency has raised important questions about the safety of politicians around the country.

The killing of Sir David was an awful reminder of the tragic death of Jo Cox, the Labour MP murdered by a far-right extremist in 2016.

Two MPs killed in the space of five years is worrying. Politicians have for years been the target of people’s grievances. They often find themselves receiving online and in-person abuse, death threats and acts of physical violence.

One defining feature of British democracy is the accessibility of our elected representatives, and face-to-face advice surgeries are a major part of this. During the pandemic, surgeries took place online, but many feel this alternative provision fails constituents. While a small number of MPs have called for a complete suspension of face-to-face surgeries, the vast majority are of the opinion that they are a vital part of their job. Home Secretary Priti Patel, in the wake of David Amess’ murder, stressed that this does not spell the end of in-person meetings between MPs and voters, saying, “We live in an open society, a democracy, where we [MPs] are accessible to the people and that is right and proper.” This, therefore, begs the question; how do we go about protecting our elected representatives?

Security at Westminster, where MPs spend most of their week, is visibly tight. The Parliamentary estate is patrolled by armed police, and everything is pass secure. However, this did not stop an armed terrorist from gaining entry to the estate in 2017 and stabbing a police officer before being shot. It is also worth mentioning that these security measures are only present on the estate itself. As soon as a member leaves to go elsewhere, they are exposed to potential danger. Just days after Amess’ murder, Michael Gove found himself in the middle of an anti-vaccine protest on the grounds outside Parliament. The Minister for Levelling Up, Housing and Communities was ambushed by the mob before police officers came to his aid. Referring to Gove and his Cabinet colleagues, one of the protesters told the media, “I think we should string ‘em from the gallows tomorrow, mate.” This comment, along with many others directed at Gove that day, followed days of discourse surrounding the prevalence of abuse towards politicians. After Jo Cox was killed, the country had the same conversation. However, if these discussions are not backed by credible action against the perpetrators, such as those who openly make death threats towards politicians on TV, then they are ultimately futile.

While security at Westminster is relatively tight, MPs only spend four days there, with the rest of their week being spent in the constituency they represent. After the murder of Jo Cox, security measures in MPs home environments were heightened with panic buttons, CCTV, bomb-proof letterboxes, and high-tech alarm systems, being installed within homes and offices. Yet, when out in the local area, meeting voters and non-voters alike, MPs are entirely unprotected – and this is where much of the issue lies.

The very essence of being a constituency MP in Britain is being seen, the Speaker of the House called visibility the “cornerstone of our democracy”. Some have suggested that MPs should be entitled to security when they hold surgeries. Theoretically, this would appear a plausible solution to the growing issue of violent politics. However, one must revert to the values of our democracy – introducing police officers to stop people from getting too close to their MP could lead to a very harmful political discourse of non-accessible politics.

We must also consider where these measures would stop. Those wishing to commit acts of violence will do so regardless of the setting. MPs are still people; they visit shops, go to restaurants, and live in houses. Would they then require 24-hour security to protect them in every setting? In what state would this leave democracy in Britain? This would only heighten tensions between MPs and voters, alienate politicians and create an elitist political environment that most in Britain have for so long strived to move away from.

Aside from personal security, other measures are being taken by MPs and their staff to ensure everyone’s safety. These include holding face-to-face surgeries in public places such as supermarket foyers or stalls at community events, as opposed to renting an empty hall where members and staff will sit alone with a relative stranger. Moreover, surgeries can be changed to appointment only, so staff can vet those wishing to meet the Member. Any questionable activities are acted upon as Constituency Offices reserve the right to deny anyone an in-person appointment on any grounds.

By recognising those who have the potential to be violent, MPs are keeping themselves and their staff safe. However, it is important to remember that the risk will never be eliminated. Like GPs, social workers, bus drivers, and anyone who works with the public, MPs will always face the possibility of violence. It is, however, important to keep this threat in perspective while also remaining vigilant.

Would you like to write an opinion piece for us? Get in touch with the OneDundee blog team by emailing internal-comms@dundee.ac.uk to find out how to feature.