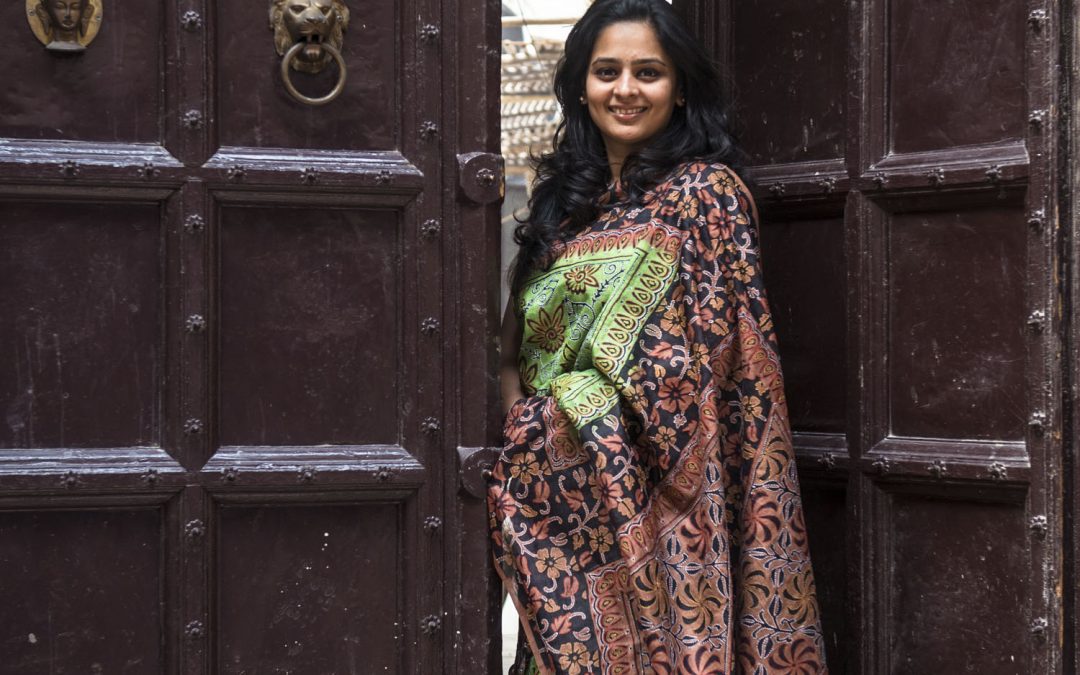 With a masters degree in European Urban Conservation, Aishwarya Tipnis returned to India to set up an independent architectural conservation practice in 2007. Since then she has worked diligently towards changing the stereotypes of heritage conservation in India, from a largely preservationist approach to a holistic perspective of conservation encouraging sensitive and bespoke interventions in historic buildings and settings.

“The first Indian student on the course, my work has primarily focused on the preparation of urban conservation plans of the former European Settlements in India, namely Chandernagore (French) and Chinsurah (Dutch) as well as other 19th century non-monumental historic buildings, neighbourhoods and towns.

“My training in Scotland exposed me to the concept and techniques of interventions in historic buildings. This has directly translated into spearheading the first private initiative for the restoration and rehabilitation of a 19th century listed haveli in the walled city of Delhi.”

A benchmark project in itself following the internationally prescribed methodologies, it has achieved many firsts in strongly advocating that the future of heritage does not lie in fossilising the city but in creative and sustainable design, setting an example for the entire city of Delhi. This project has been extensively featured in the Indian and international media.

“The ethos of my practice has been to make Conservation a ‘popularist’ movement rather than an elitist exercise. I’ve been involved in further propagating the learning in the form of workshops, Design Jam,special lectures, books and publications which have inspired and shaped many young architects as well as broadened their concept of urban heritage conservation in India. I have spearheaded the first cross disciplinary projects in community engagement, heritage conservation and digital humanities in India.”

And if Aishwarya wasn’t already busy enough, she’s also an independent consultant to UNESCO, World Monuments Fund New York, The Embassy of Kingdom of Netherlands, Embassy of France in India, and The Doon School.