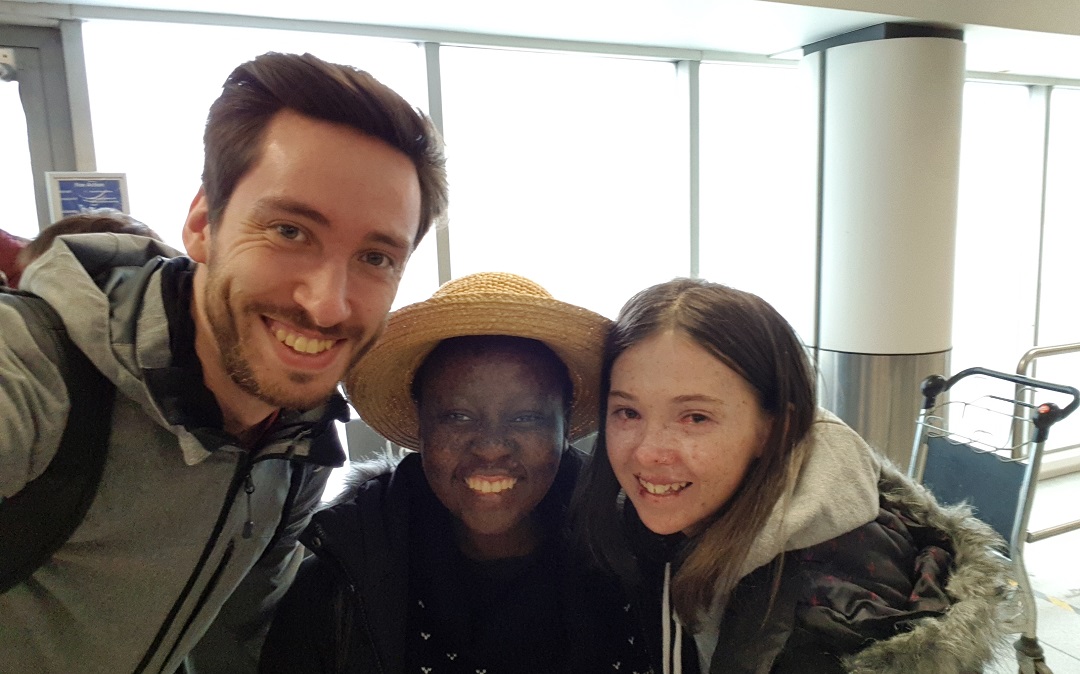 Recently I was awarded the Royal Society of Edinburgh Innovator’s Prize for Public Engagement, which is something of an honour. I thought that now might be a good time to take a look back at my public engagement journey so far, and what the future might hold. 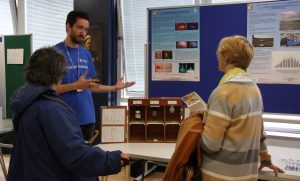 Throughout my undergraduate and doctoral degrees I had taken part in a smattering of engagement activities, usually University open days and the like, including the Institute of Physics’ Lab in a Lorry and the science festival Bang Goes the Borders. At the time, and like many scientists I feel, public engagement was for me ‘extra’ to my regular workload, and while I enjoyed doing it they were always somewhat ‘isolated’ events, and it was difficult for me to appreciate the impact or continuity that I now see is possible. My attitudes to public engagement started to change quite quickly when I joined the Photobiology Unit in Ninewells Hospital as a post-doc. As I was now working in a clinical area and sometimes directly with patients, I became much more aware of the people who could be positively affected by my potential outreach activities relating to my research. I felt driven by public engagement in a way I never had before.

In March 2016 I was encouraged to take part in I’m A Scientist (IAS) Get Me Out Of Here. IAS is an online based event where a group of scientists from a common discipline (medical physics in my case) compete against each other by answering questions from school kids across the UK. In this event there are live chats, where the real challenge is to hectically try to answer a barrage of questions from 20-30 students at a time over the course of about 40 minutes. Aside from answering science-based questions, many of the questions were about being a scientist or just about us in general. I had a lot of chats about films, music and other hobbies which I feel helps humanise the scientist, which may allow for school kids to better imagine themselves in such roles. At the end of these 2 weeks and after 4 rounds of voting, I ended up winning the group I was in, and aside from getting a commemorative mug I was also awarded some money to develop public engagement activity. I ended up building a ultraviolet (UV) camera to show the effects of sunscreen application on the skin. This has become a regular activity in our department with visitors and outreach events.

Following the theme of online engagement, I have also written for the Naked Scientists about my own research, and for the Conversation ‘Curious Kids’ section in response to a question from a 6-year-old asking how the Northern Lights are formed. I was happy that my analogy for how the Northern Lights works of shaking a bottle of fizzy juice got published, and even happier to see that the Conversation article so far has had over 36,000 reads.

In early 2018 I was asked to take part in the filming of a show for CBBC which was to be called ‘My Life: Into the Sun’. The show followed the stories of two teenage girls who suffer from a genetic skin condition known as xeroderma pigmentosum (XP), which makes them incredible sensitive to the harmful effects of UV radiation (the Sun). In this show they were to travel to Norway in search of the Northern Lights (‘safe’ light that they can go outside in) and a suitable holiday location for people with XP. My role was to explain some of the science behind UV radiation, how the Northern Lights are formed and why Norway might be a more suitable location for people with XP to holiday in. When I got on the plane I expected to do a bit of science, see the Northern Lights, and go dog sledding (perks of the job). What I didn’t expect was, after hearing about their stories and what they have been through, to be crying in my hotel room on the first night. Aside from the overwhelming empathy, I felt a tremendous responsibility as a part of helping these girls to tell their stories. I wrote earlier that I started to feel driven by public engagement in a way I hadn’t before – this was the moment where my attitudes towards public engagement really changed.

I think drawing from my experiences in Norway I started to target several avenues of public engagement with more of a focus than before. One of the current projects I am currently involved in is a large patient engagement project surrounding the condition photosensitivity. The main aim here is to involve our patients in the design of the service we offer, such that engagement and compliance with treatments may increase, and patients might confidently take more control of their treatments and post-treatment management. 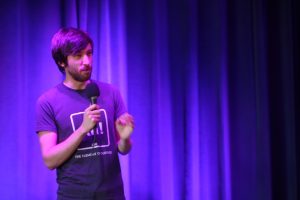 Another avenue I wanted to explore was showing people that scientists are real and (for the most part) normal people, with ‘normal’ interests and ‘normal’ problems. Coincidentally, I had the opportunity to take part in Bright Club, which is stand-up comedy by academics. To be perfectly honest, the thought of doing stand-up comedy terrified me (and still does), but I figured in the interests of getting this type of engagement out there and a bit of personal development, I’d give it a shot. The routine mainly focused on my experiences of entering a clinical environment and being incredibly awkward around patients, and being a ‘doctor-but-not-that-type-of-doctor’. Though done through a thick veneer of sarcasm and questionable time travel, I do hope that some of the humanity of the scientist shone through. I feel like it must have gone well enough as I was asked to perform the routine at the Festival of the Future later that year.

Speaking of the future, there are some exciting projects in the pipeline. Comic books about phototherapy and photodynamic therapy, art exhibitions exploring the use of light and colour in health, further implementing service design across our clinic to engage patients, and more. Public engagement and science communication are firmly a part of my job, not additions to it. I’m thrilled that my efforts over the last few years have been recognised by the Royal Society of Edinburgh, and I plan to keep my momentum and passion for public engagement going well into the future.