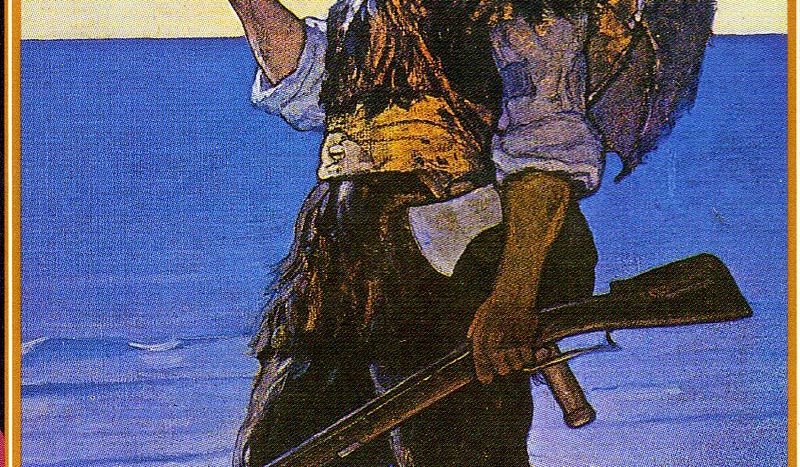 Dr Daniel Cook, senior lecturer in English, marks the 300th anniversary of the publication of “Robinson Crusoe”, with a look at the inventive ways authors have attempted to rewrite the story. 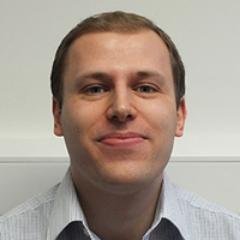 The story of the seventeenth-century shipwrecked sailor Robinson Crusoe, fictional star of one of the first novels written in English, is so famous it has led to the creation of a large and loose genre known as the “Robinsonade” – to which authors as diverse as J. G. Ballard and J. M. Coetzee have contributed. A quick definition might call it a tale in which a sole protagonist (the notional “Robinson” after whom the genre is named) is suddenly isolated from the comforts of civilisation, usually on an inhospitable island. But a Robinsonade does not have to be a novel: the principal characters, themes, and settings of Robinson Crusoe have always been reworked into non-fictional genres, poems, plays, pantomimes, films, advertisements, and material culture at large.

Unlike Daniel Defoe’s original novel, moreover, many of the most familiar Robinsonades focus on family, most obviously William Godwin’s 1816 translation of Johann David Wyss’s Der Schweizerische Robinson (1812), The Swiss Family Robinson. And many of the lead characters in such stories are rarely alone – or sailors. Jules Verne’s L’Île mystérieuse [The Mysterious Island] (1874), a self-styled imitation, recounts the resourcefulness of a team of escaped prisoners. Many Robinsonades for children centre on the adventures and misadventures of at least two youngsters, as we see in Rowland Walker’s Phantom Island: A Modern Crusoe Story (1925).

Some Robinson Crusoes are not Robinson Crusoes at all. Despite the title of the novel, the lone protagonist of John Argo’s Robinson Crusoe 1,000,000 A.D. (2004) is Alex Kirk (a nominal return to Defoe’s historical model, the Scottish sailor Alexander Selkirk, one might suppose), a bullish buccaneer who craves female company. Other Crusoe-like characters soon fronted their own Robinsonades throughout the eighteenth century, including Peter Wilkins, John Daniel, William Bingfield, Drake Morris, and Friga Reveep. Another went by the name of Crusoe Richard Davis, while yet another, Hannah Hewit, was dubbed “the Female Crusoe” in the subtitle of her book. Some titular Crusoes are not the foci of their stories. The eponymous James Dubourdieu is really an ancillary character; the narrator-character Martha Rattenberg leads the account.

The island needn’t be an island either. A popular example is the 1964 movie Robinson Crusoe on Mars, which, as the title suggests takes place on the red planet. Despite the title – again, like Argo’s novel – the hero is not Robinson Crusoe but rather a modern counterpart named Commander Kit Draper. This time, however, the Crusoe-like character does name a native man Friday explicitly in homage to Defoe’s original.

The titular hero of Thomas Berger’s Robert Crews (1994), whose name echoes that of Robinson Crusoe, is far more Crusoe-like than many so-called “modern Crusoes” (a common if somewhat casually applied label). He even has his own Friday, a woman who has fled from her violent husband.

Over the years some other fictional characters have been turned into Crusoes. Krinke Kesmes (1708) became Der holländische Robinson (1721), and Gil Blas (1715) became Der spanische Robinson (1726). Other authors have brilliantly recalibrated the power dynamic between Crusoe and Friday as a means of critiquing the pervasiveness of white imperialism. Michel Tournier’s Vendredi, ou les limbes du Pacifique [typically retitled Friday, or The Other Island in English] (1977) and Derek Walcott’s Pantomime (1979) both reverse the roles of the colonialist and the Carib as a means of writing back to literary colonialism. Once dubbed “a sort of second Robinson Crusoe”, The Female American (1767), is the story of Unca Eliza Winkfield, a woman of mixed race, and therefore a double departure from Defoe’s original. 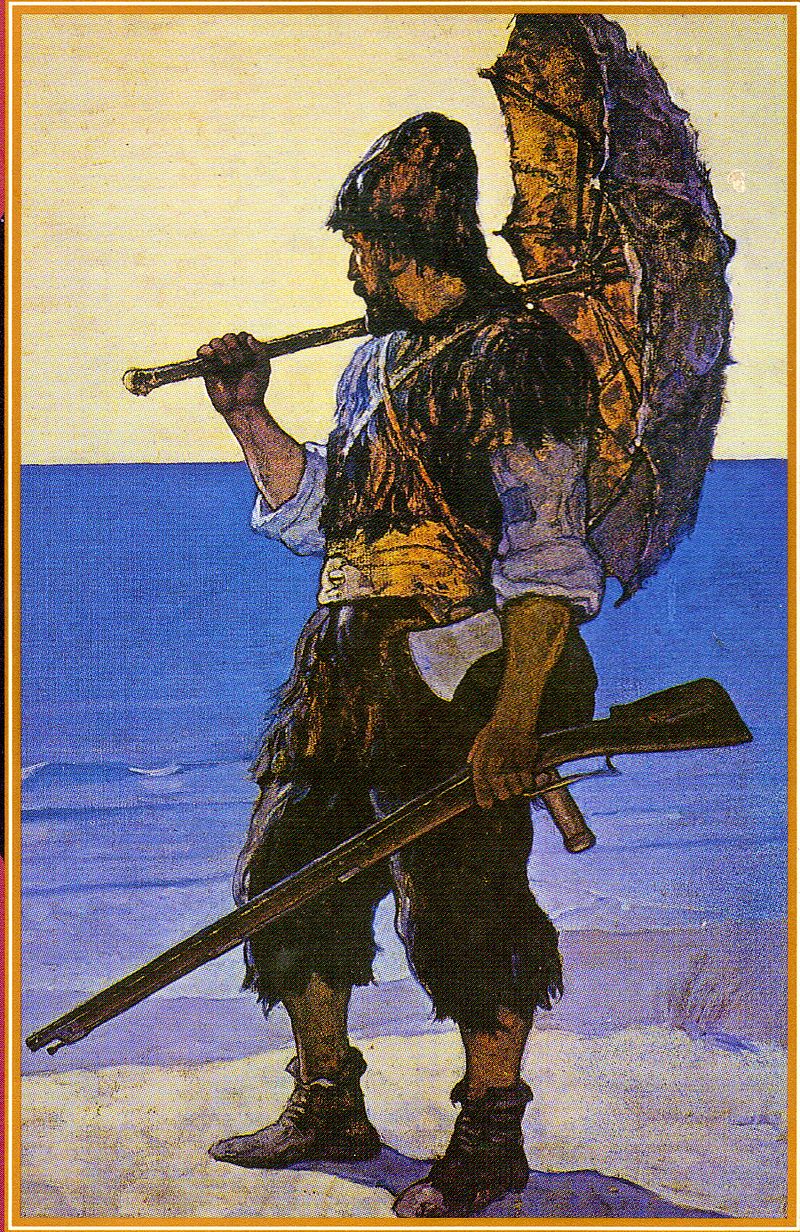 Recasting remains a popular option. Andrew Lane’s “A Crusoe Adventure” trilogy (2016-18) gives us a teenage Crusoe and a female Friday – of the two, the latter is by far the more common transformation. Few imitators have paid any attention to the fact Defoe killed off Friday in his quickly dashed-off sequel, The Farther Adventures of Robinson Crusoe (1719). But some writers do away with Crusoe and Friday altogether. Rex Gordon’s SF Robinsonade No Man Friday (1956) even turns the natives into giant automaton anthropoids on Mars.

Other popular subgenres that might entice you include the apocalyptic Robinsonade, a label sometimes given to Cormac McCarthy’s The Road (2006), most famously, or Marlen Haushofer’s Die Wand [The Wall] (1963). A more clearly marked apocalyptic Robinsonade, E. J. Robinson’s Robinson Crusoe 2244 (2014) transposes the isolated adventurer to a 23rd-century wasteland filled with unspeakable horrors. With a flick of the pen a fear of cannibalism has become a dread of zombism.

But the Robinsonade has long been prone to darker reworking. Edgar Allan Poe’s The Narrative of Arthur Gordon Pym of Nantucket (1838) conjoins to Defoe’s story a litany of Gothic trappings, not least of all a corpse-ridden ghost ship. The pioneering scientific-romance writer, H. G. Wells, spliced the castaway tale with a Frankensteinian vision of humanity’s god-like meddling in The Island of Dr Moreau (1896). Or we might consider generic mashups. Ivan Fanti’s Robinson Crusoe on Zombie Island (2013) imbues the narrative of the marooned man with Lovecraftian horror. (As in Lane’s trilogy, Fanti recasts Friday as a young woman – here a cannibal.)

YA Robinsonades are especially prevalent, and always have been. Frederick Marryat’s Masterman Ready, or the Wreck of the Pacific (1841), R. M. Ballantyne’s The Coral Island (1858), and Robert Louis Stevenson’s Treasure Island (1882), remain among the most famous of all Robinsonades. Ballantyne alone revisited the Robinsonade over the next twenty-odd years of his career, with Sunk at Sea (1869), Jarwin and Cuffy (1878), The Lonely Island (1880), and The Island Queen (1885).

Reaching a modern audience has entailed pushing the story into a more familiar urban environment, as in J. G. Ballard’s downbeat novella Concrete Island (1973) or James Gould Cozzens’s grossly undervalued Castaway (1934), the latter of which is set in a department store. Many writers have tried to sex up the original, as we see in The Sexual Life of Robinson Crusoe (1971) or Miss Robinson Crusoe (1990), a Harlequin romance, as well as in Tournier’s Friday, where a frustrated Crusoe penetrates a pink grove in the island itself and various inanimate objects. 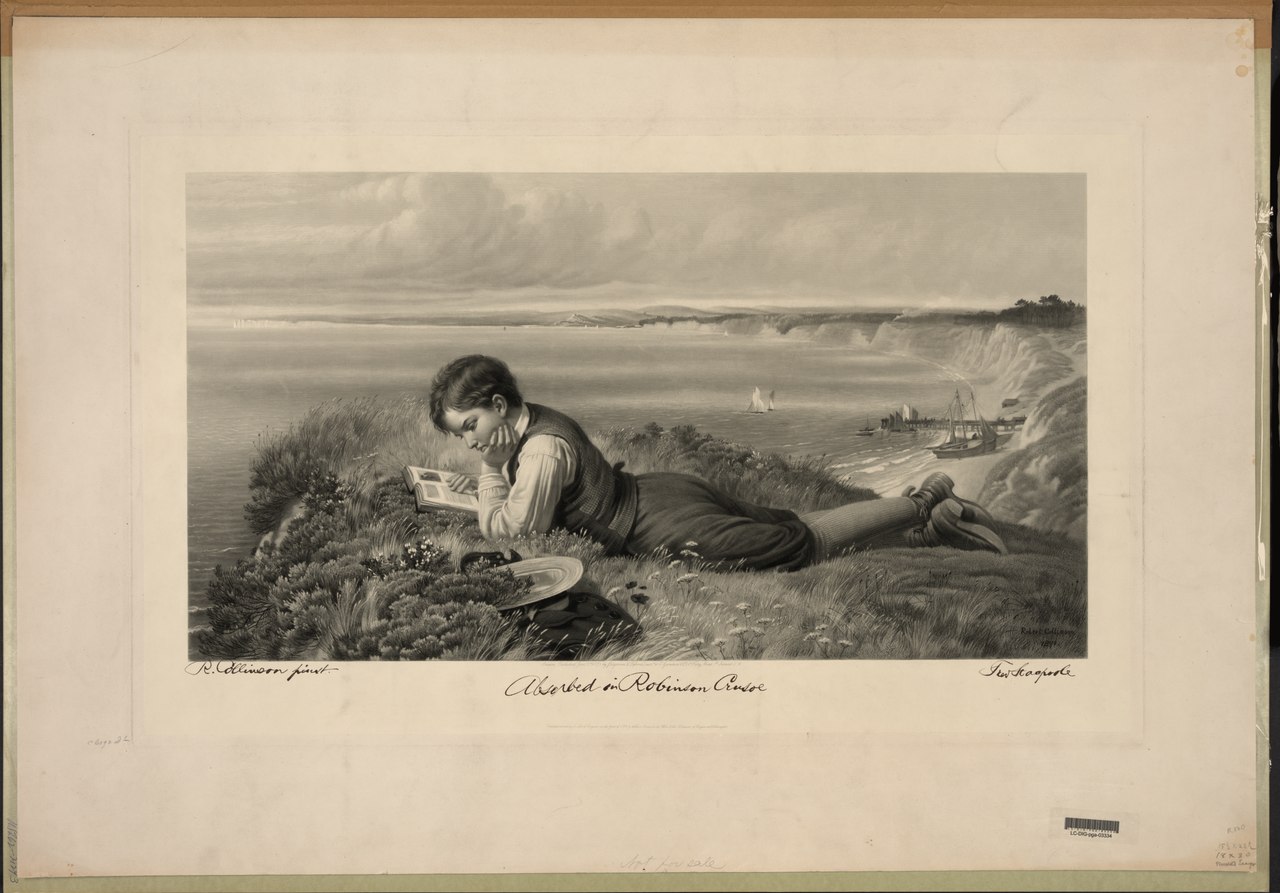 Some Robinsonades try to kill off the author himself. In the most famous example, Coetzee’s Foe (1986), Foe (Defoe’s real name, in fact) is nothing more than a renegade hack who has stolen the literary property of the “true” heroine of the story, Susan Barton, and her fellow islanders. A more recent take on this theme is Peter Clines’s The Eerie Adventures of the Lycanthrope Robinson Crusoe (2010), which purports to be a true version of Robinson Crusoe recovered from the papers of the horror writer H. P. Lovecraft and based on the castaway’s own journals. This subgenre is hardly new, though. Charles Gildon’s The Life and Strange Surprizing Adventures of Mr. D— De F—, of London, Hosier (1719) appeared a matter of weeks after the original novel was published. In one of the most inventive scenes, Defoe’s characters appear to him in a dream vision and lambast him for making them look ludicrous. They reek savage revenge on the author by making him eat a copy of the book in two volumes (“me will make him swallow his own Vomit”, Friday warns).

A vast and highly inventive genre, the Robinsonade has long had a conflicted relationship with its notional founder. I say notional because one of the earliest Robinsonades, as routinely labelled by scholars, actually predates Robinson Crusoe: Henry Neville’s The Isle of Pines (1668). Maybe we should be talking about something else entirely – the Pinesade.