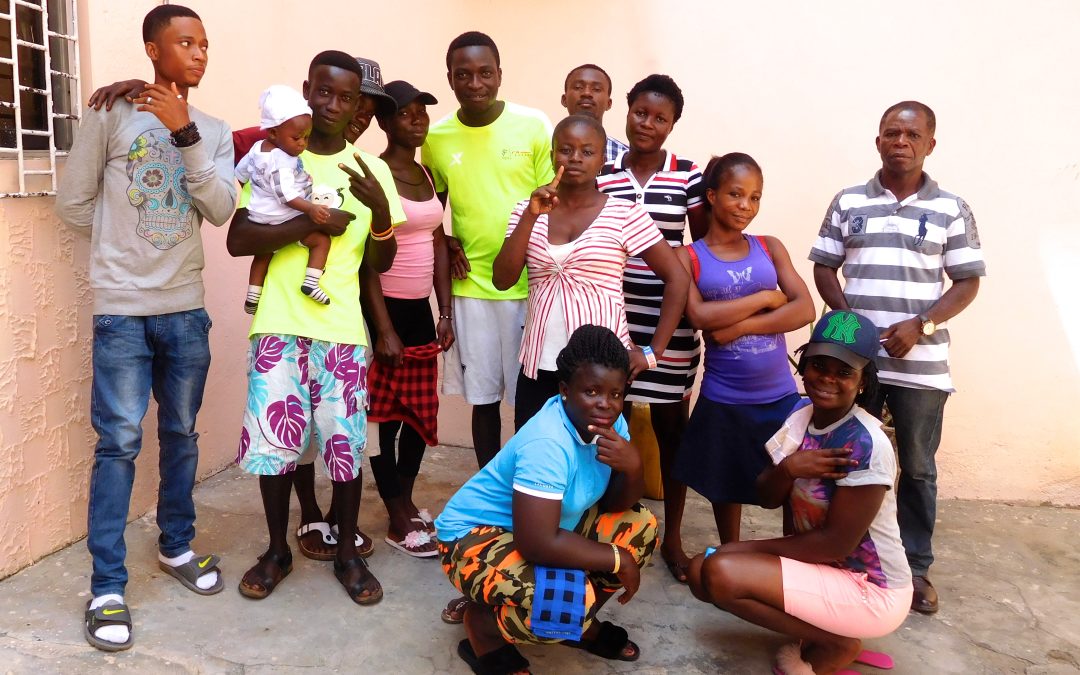 Street youth who shared their experiences of growing up on the streets of African cities, as part of a University of Dundee project, have been hailed as ‘unsung heroes’ of research for their efforts.

Eighteen youngsters from Ghana, Zimbabwe and the Democratic Republic of the Congo were highly commended in The hidden REF. This UK-wide competition celebrates the roles and outputs that are fundamental to research, but rarely acknowledged in assessment exercises such as the Research Excellence Framework (REF).

The youth researchers had previously participated in the award-winning Growing up on the Streets project co-led by Professor Lorraine van Blerk of the School of Social Sciences.

The project investigated the lives of hundreds of young people over a three-year period through an innovative participatory and qualitative approach. The results explore poverty, exclusion and homelessness from a capabilities perspective and aim to stimulate debate on the factors that shape life lived on the street and the representation of street children in national and international policy.

Six young people in each of the three countries were trained to carry out research as part of Growing up on the Streets, and it was their success in capturing their peers lived experiences that led to them being recognised in the ‘Hidden Role’ category of this year’s competition.

“I am absolutely delighted for our co-researchers in Africa as Growing up on the Streets would not have been possible without their hard work and diligence,” said Professor van Blerk. “The hidden REF celebrates the unsung heroes, the people who make research possible but who are rarely involved in the Research Excellence Framework, and our participants fit that category perfectly.

“It is fantastic to be able to go back to our youth researchers and tell them they have been recognised alongside technicians and other support staff at top universities. One of our partners talked about being humbled by this recognition, which really is richly deserved.”

Growing up on the Streets was also highly commended for its open access dataset in the Application of Research category.

The hidden REF aims to challenge preconceptions about which roles are important in research to create an environment in which to advance it. The organisers want to raise recognition of the diversity of work in research, and the often-unrecognised individuals that made it possible.

Anyone who works in a UK research institution can submit to The hidden REF, with submissions judged by panels of experts drawn from the research community.

Professor van Blerk and her colleagues have continued to work with street children and youth across Africa since the conclusion of Growing up on the Streets, with researcher Janine Hunter having recently compiled a story map ‘In the Shadow of a Pandemic: Harare’s Street Youth Experience of Covid-19’ detailing how lockdowns have disrupted life for their co-researchers.

“The pandemic has changed life for these young people in ways most people in this country would find unimaginable,” said Janine. “They have experienced difficulties accessing food and sanitation and one of the biggest issues is that lockdown has led to a lack of people in the street and, with that, their means of earning a fragile living has disappeared. Previously they may have earned a tiny income by collecting plastic bottles for resale, for example. Without means of earning money, their lives became much more perilous.”

Professor Iain Gillespie, Principal and Vice Chancellor of the University, congratulated all those involved, saying, “Growing up on the Streets is a fantastic initiative that empowered street youth to tell their own stories and help shape their own futures. This is well deserved recognition for these youth researchers and demonstrates the vital importance of a successful and collaborative research ecosystem within higher education.”

More information about Growing up on the Streets can be found at https://www.dundee.ac.uk/projects/growing-streets.