Studies, societies and support – why one of our graduates is recognised as a future leader 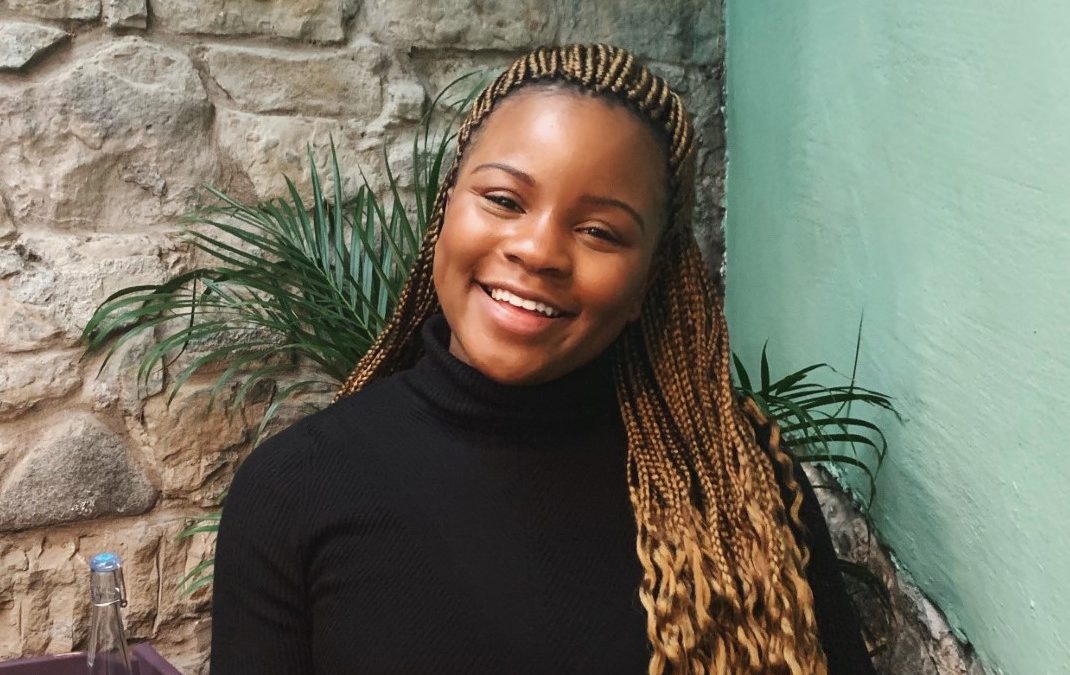 Engineering graduate Stephanie Anani has been featured in the Top 10 of Future Leaders magazine’s most outstanding African and African Caribbean students and new graduates.

What does it mean to be a leader? Cambridge Dictionary defines a leader as ‘a person in control of a group, country, or situation’, but what is the definition of true leadership? Some would say a good leader is passionate, has integrity, creates an inspiring vision and motivates and inspires others. Engineering graduate Stephanie Anani holds all of these characteristics and qualities, and more.

Stephanie, who is originally from Lagos, Nigeria, accomplished a great deal while studying at Dundee. Her hard work and determination saw her graduate with a First Class Honours degree, receive the Institution of Mechanical Engineers Best Project Award and be nominated for the University’s prestigious Wimberly Award. Those achievements are only some of many.

From setting up societies to providing support as a Senior Student Advisor, and now taking on the role of Core Student Ambassador as a graduate, she continues to have a positive impact on the University community.

This commitment and initiative has led to her being featured in the Top 10 of Future Leaders magazine, an annual publication which profiles 100 of the UK’s most outstanding African and African Caribbean students and new graduates.

“I am genuinely very grateful to be featured in Future Leaders magazine,” said Stephanie.

“People of black heritage are often forgotten because we live in a world that often forgets the impact that we make. We live in a world that has a simplistic and inaccurate view of what it means to be black and what black success can look like. Magazines like Future Leaders help dispel myths and create conversations and networks that propel black people forward whilst correcting inaccurate beliefs.

“For me, recognition is more about visibility and setting an example rather than feeling what I did was important. I already knew that what I was doing was adding value because I could see it, but recognition allows other people to see it and lets other people know they make a difference too!”

Stephanie grasped every opportunity while studying. She wrote articles and filmed videos as a student blogger and worked at the Centre for Entrepreneurship as Student Team Leader, but one of her greatest achievements is founding the Women in STEM society in 2017. It now has over 150 members and continues to grow.

“I am really proud of the Women in STEM society,” she continued. “The work they are doing right now is truly amazing and better than anything I could have imagined. I hope I have been able to dispel stereotypes about Women in STEM and have helped people see what you can achieve if you focus on what is important to you.”

Stephanie’s standout leadership will no doubt have a lasting impact on the University. She hopes her positive contributions will inspire and motivate others.

She said, “I am just one human out of almost eight billion, so if my impact stops with me that will be a real shame. I hope people see what I’ve done and that it helps them stop procrastinating and start moving. I hope that then starts a chain reaction of inspired people being inspirational themselves.

Obtaining an Engineering degree can be the start of many interesting careers such as the one that Stephanie is embarking upon. We offer degrees in Biomedical Engineering, Civil Engineering, Mechanical and Electronic Engineering and more.

Learn more about our Engineering courses