University of Dundee at the Edinburgh Festivals 2017 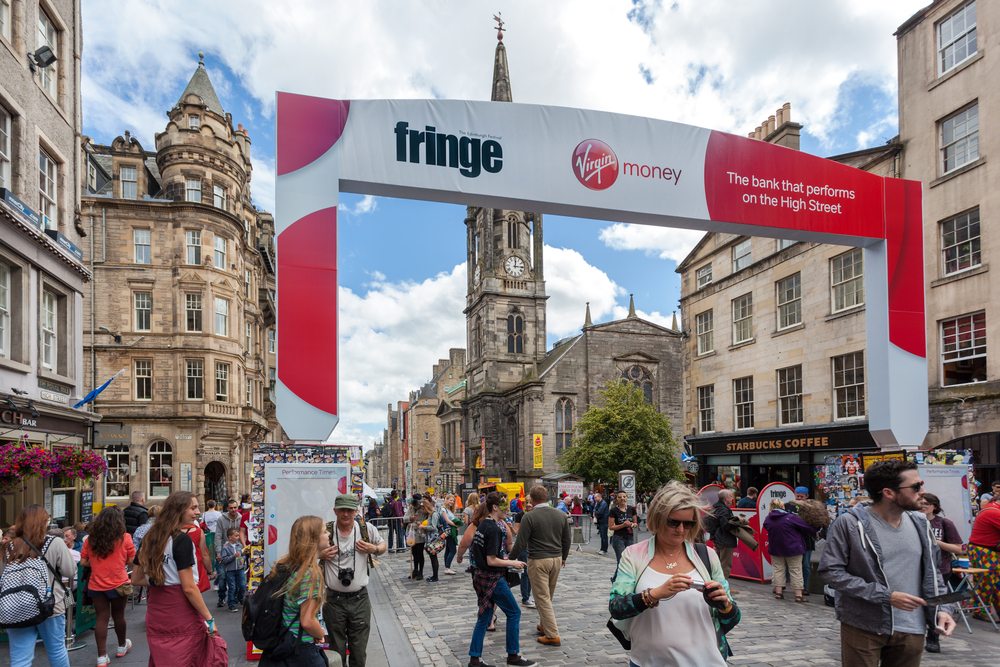 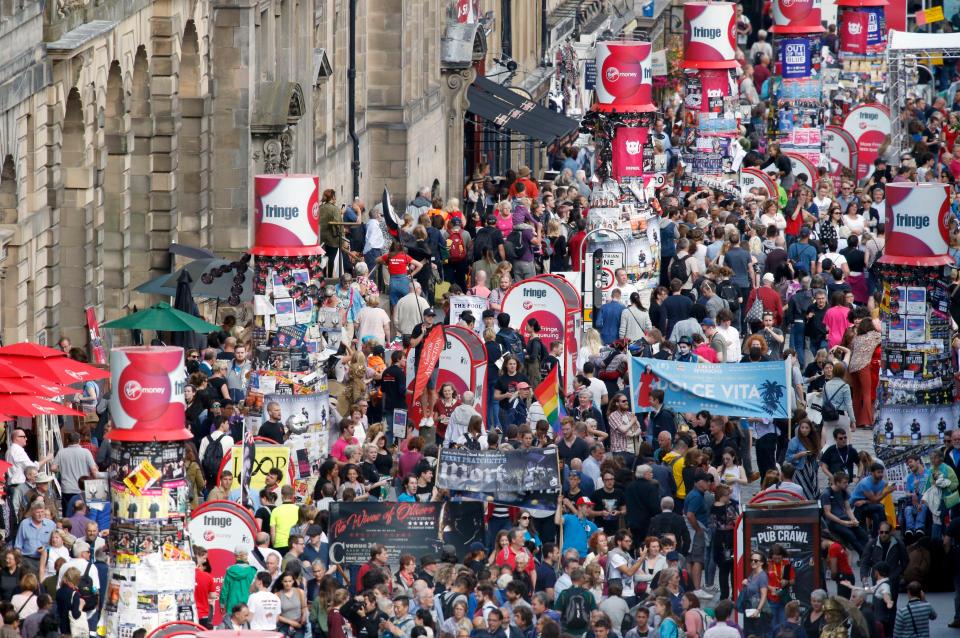 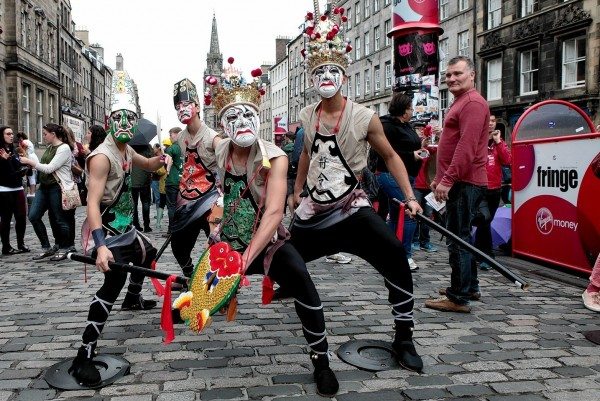 This year we have a wide range of staff, students, alumni and Honorary Graduates appearing at the Edinburgh Fringe.

Marketing Officer will be performing on the Royal Mile, 6th & 11th August and on Princes Street on 26th August.

Yasmin Worrall will be singing her own songs as well as song well-known covers. Pop along for the flavours of Ed Sheeran’s acoustic style, mixed with Adele’s sadness.

Magician and alum Kevin McMahon brings a touch of magic to the fringe with Anti-Gravity, 2nd – 27th August, and And for my next trick, 3rd – 27th August

This fast paced show has more blow-your-brains tricks than you can shake a wand at and will make you laugh.

OHS: Business is bad for conservative relationship counsellor Sandra. With the bills mounting, she is forced to take on the only troubled partnership at her door: Will and Leo, her first same-sex couple. As the men begin to open up about the story of their romance, Sandra finds herself confiding in return about her own difficult marriage.

SM: Meet Jim Arrandale, once a household name (he won an Oscar, you know!). Now though, he’s gone from being a four-time BAFTA host to being stuck with local radio adverts. The famous and talented just don’t want to work with him anymore. Why? He’s a d*ck, simple as. Jim strikes gold, however, when he’s given the chance to star in the West End’s next big play! The problem? He has the smallest part.

Jan Clarkson (School of Dentistry, University of Dundee) has already told us to stop brushing our teeth. Now she reckons we should start skipping our routine scale and polish too. Should a dentist really be saying this? Well, yes! Working with Craig Ramsay (Head of Chief Scientist’s Office Research Unit) on a £3 million trial, Jan has found that there are no benefits from this routine dental treatment, or from oral hygiene instruction. Could you live without your six-monthly clean-up?

One of his most popular and awe-inspiring works, Brahms’s Requiem provides a universally humanistic vision of comfort and hope. Responsible for making the composer an international name, this masterpiece is one of the finest examples of choral writing. Full of tenderness and sorrow while the baritone and chorus numbers are full of drama. 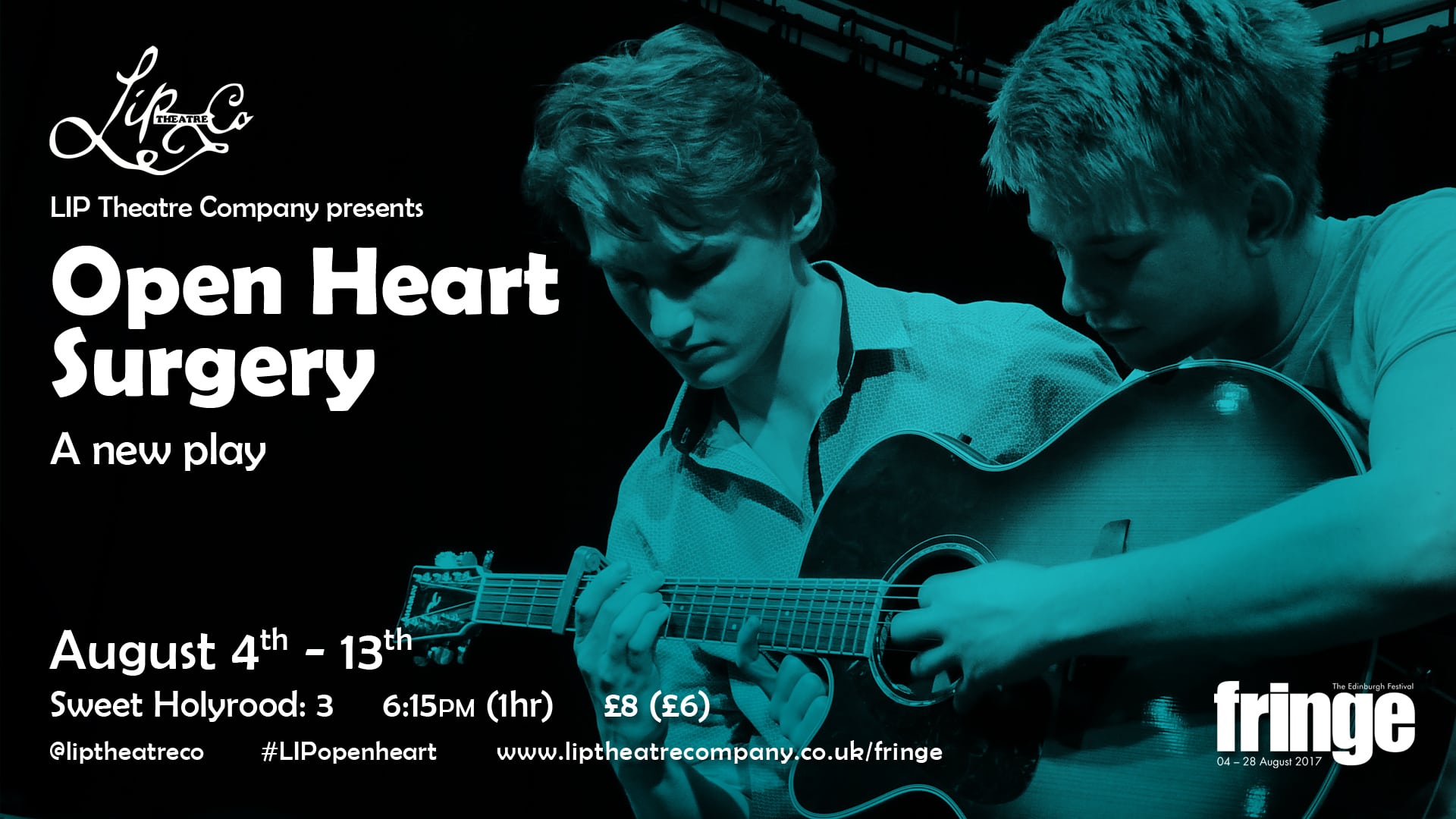 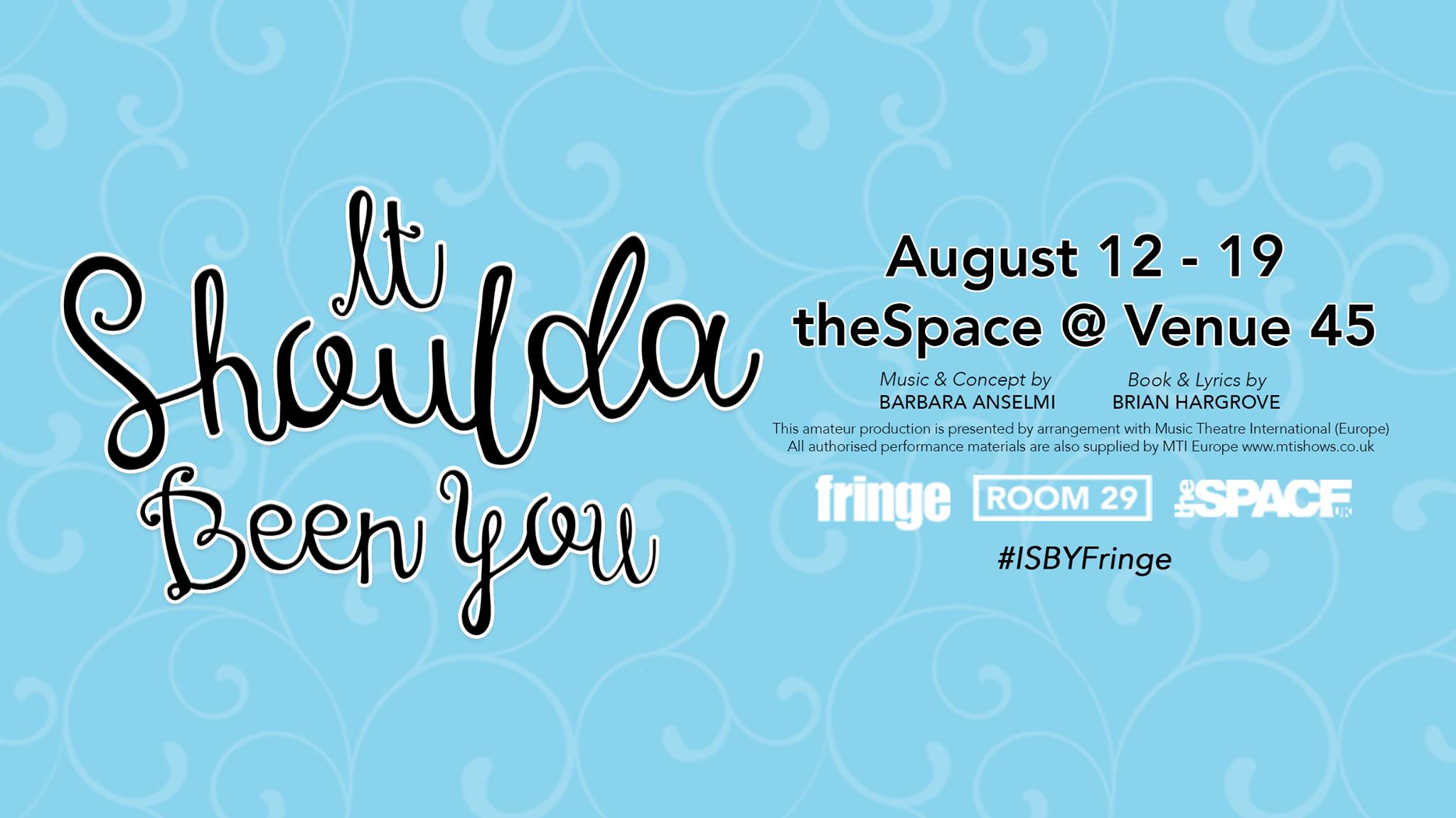 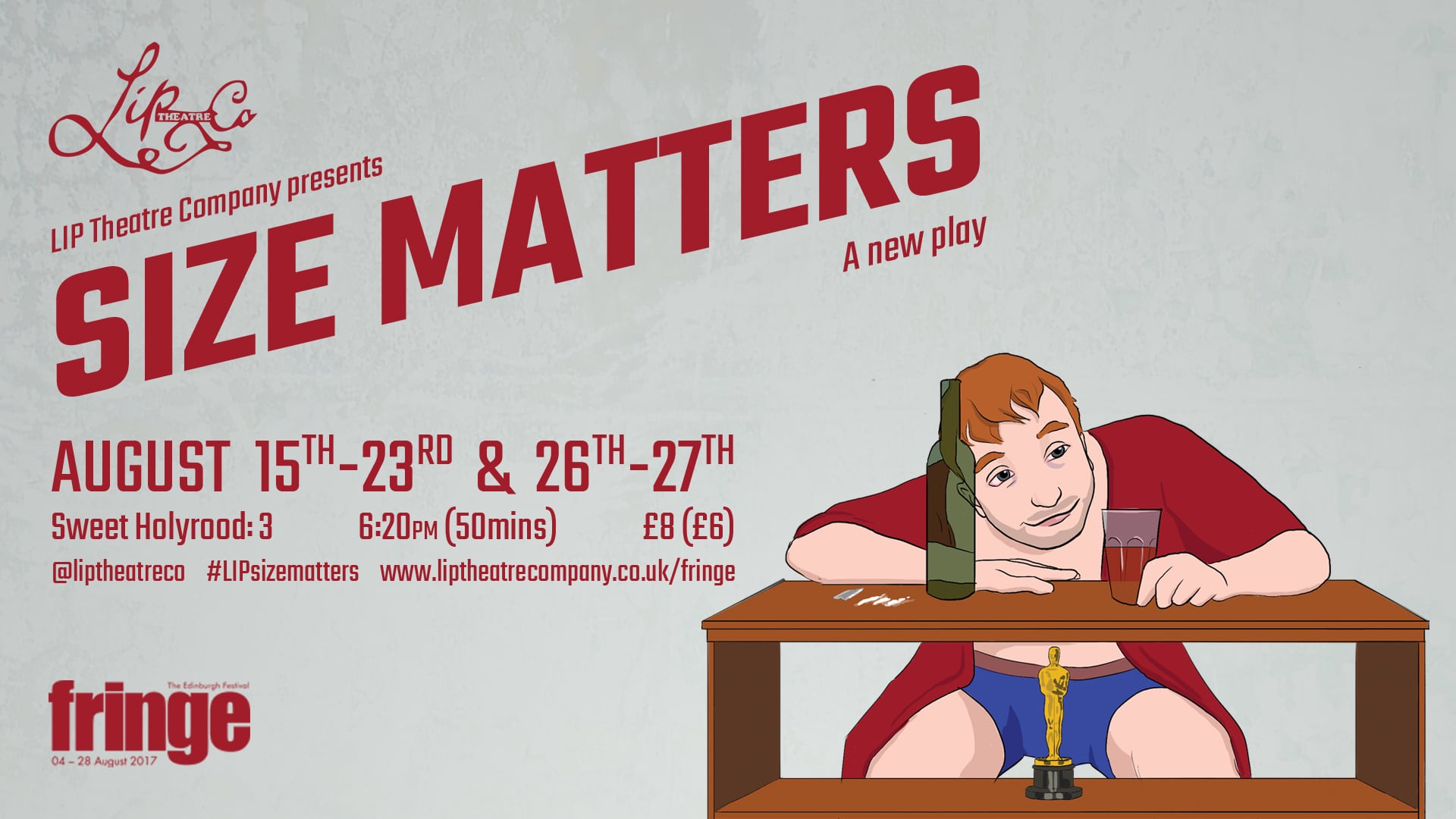 It Shoulda Been You invites you to a wedding day you’ll never forget, where anything that can go wrong does and love pops up in mysterious places.

Alum, Honorary Graduate and Scotland’s beloved comedian Fred MacAulay will be In Conversation with, 14th – 16th and 20th – 27th August.

Fred MacAulay branches out with a new live lunchtime chat show. Joined by guests from the worlds of sport, entertainment, business and politics who he has encountered along the way in his 30 year career.
*Fred will also be appearing with Fred MacAulay: IndyFred2 throughout August.

Scottish poet and playwright Liz Lochhead collaborates with Dundee indie-pop band The Hazey Janes centering on the poem The Optimistic Sound that Lochhead composed in memory of her great friend, the Scottish songwriter Michael Marra. The show had its origins in the darkest days of December 2015 when they all worked long hours in the studio at An Tobar on Mull to create the album The Light Comes Back.

Alum and Honorary Graduate David Mach will be In Conversation with, 18th August

One of Scotland’s great contemporary artists discusses his career. Go on a journey with this material junkie through his manipulation of stuff from magazines, shoes, tyres and postcards to teddy bears, sea containers, gnomes and angels. Hear how they were manufactured into sculpture from Kiev in the Ukraine to San Paulo in Brazil, from Tokyo to the Reunion Island, and performed as installations on moving trains in swimming pools, a discotheque, nunnery and brothel, all done to a rhythm, all leading to the writing of poetry and playing music live in a rock band.

Kaufman and Hart’s groundbreaking play sees its first revival in decades, telling the story of Richard Niles, a playwright who seemingly has it all – but what sacrifices has he made for fame?

Honorary Graduate and Scottish crime writer Val McDermid will be In Conversation with, 24th August

One of the biggest names in crime writing, Val has created notable characters such as journalist, Lindsay Gordon: the private investigator, Kate Brannigan, and psychologist Tony Hill. Val is a director of Raith Rovers FC. Her late father was Scottish football legend Jim Baxter. Uniquely, Val has both a football stand and Mortuary (at Dundee University) named after her.

A panel discussion of forensics, past present a future by two of the most eminent academics in the field and a crime-writer who takes pride in her portrayal of accuracy and scientific rigour in her best-selling books. 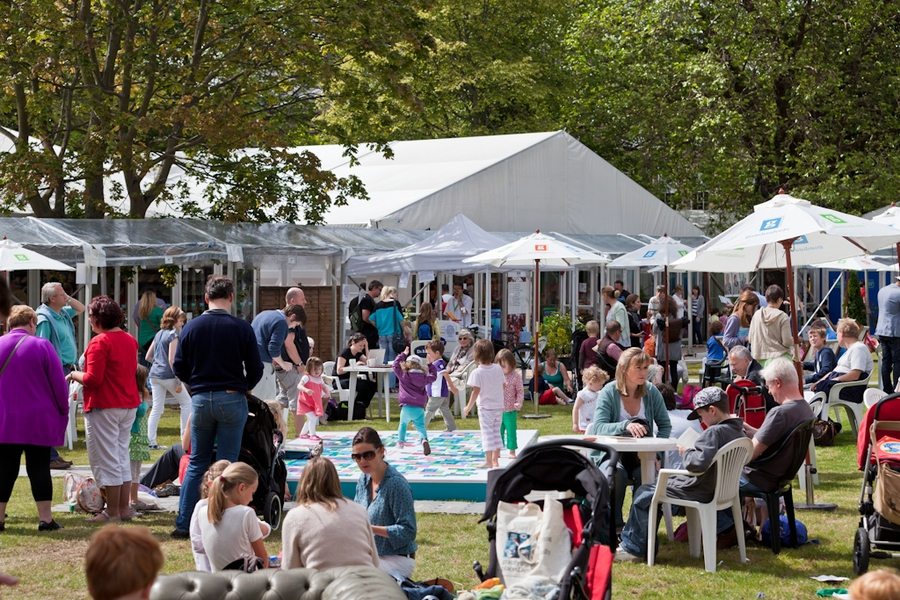 Alumni and Honorary Graduate Pamle Butchart will be appearing at the book festival in ‘Camping Carnage with Pamela Butchart’, 26th August.

Pamela Butchart introduces the latest hilarious tale in her bestselling Baby Aliens series, There’s A Werewolf in My Tent! Guaranteed to have you howling with laughter.

Honorary Graduate Richard Holloway will have two events ‘Waiting for the last bus‘ 13th August and ‘Stories and the Pursuit of Power‘, 17th August.

WftLB: In music it is the coda, in literature the epilogue, in our daily newspapers the obituary. It is the final chapter, the summation, the signing off from all that has gone before when death arrives.

SPP: All great politicians have a way with words but as David Cameron perhaps proved, smart rhetoric alone is not enough. According to Elif Shafak, politicians are at their most persuasive when they harness the power of believable stories.

APFF: ‘Funny, feisty, female and full of feeling’. That was Carol Ann Duffy’s verdict on Liz Lochhead’s latest collection, Fugitive Colours. And when last year the Lyceum Theatre in Edinburgh ended its 50th anniversary season with her play Thon Man Molière, it was, said the Scotsman, ‘as rich, beautiful and entertaining a coda as possible’.

TWE: Leon Morrocco is one of Scotland’s most popular painters, famous for his striking landscapes and still lifes. Filled with vibrant colour, they are inspired by his travels to Europe, South America and Australia. 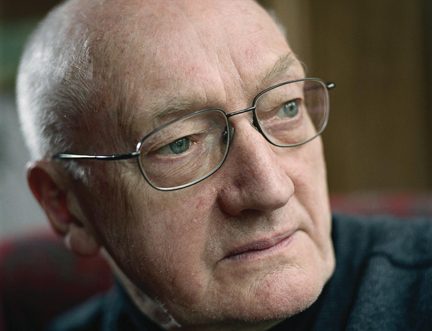 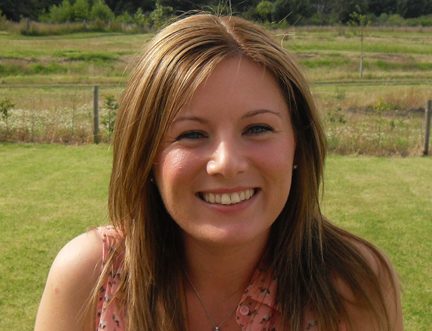 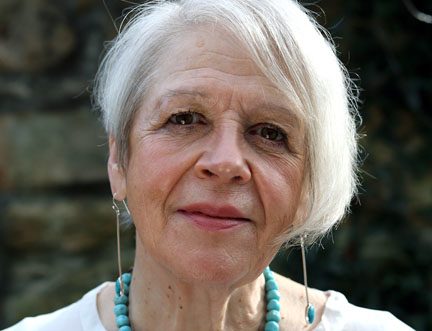