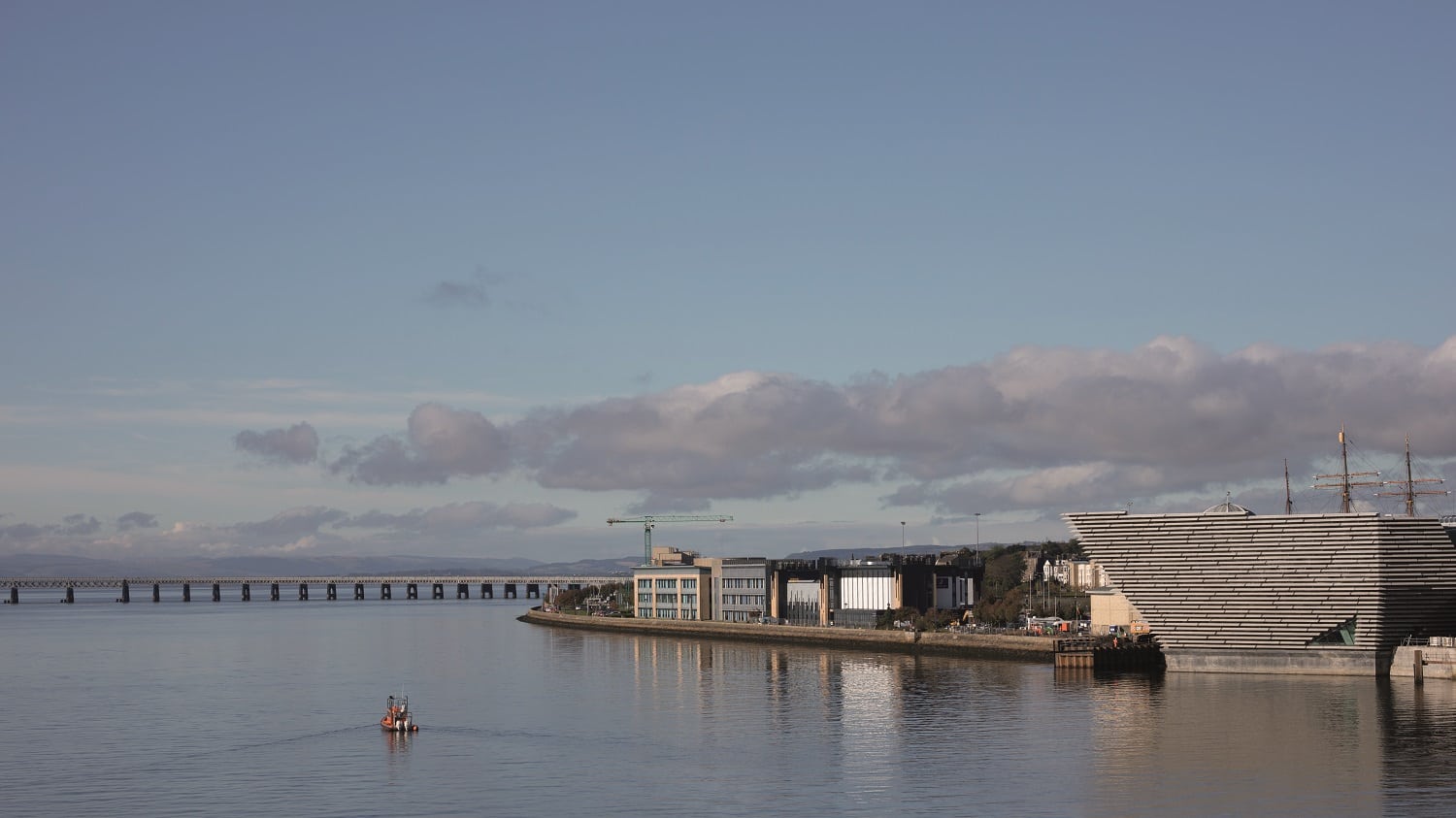 V&A Dundee: a vision to be proud of

To many people in Dundee, V&A Dundee is a new feature to the city’s waterfront. But to alumna Tara Wainwright it has been a project that started a decade ago. 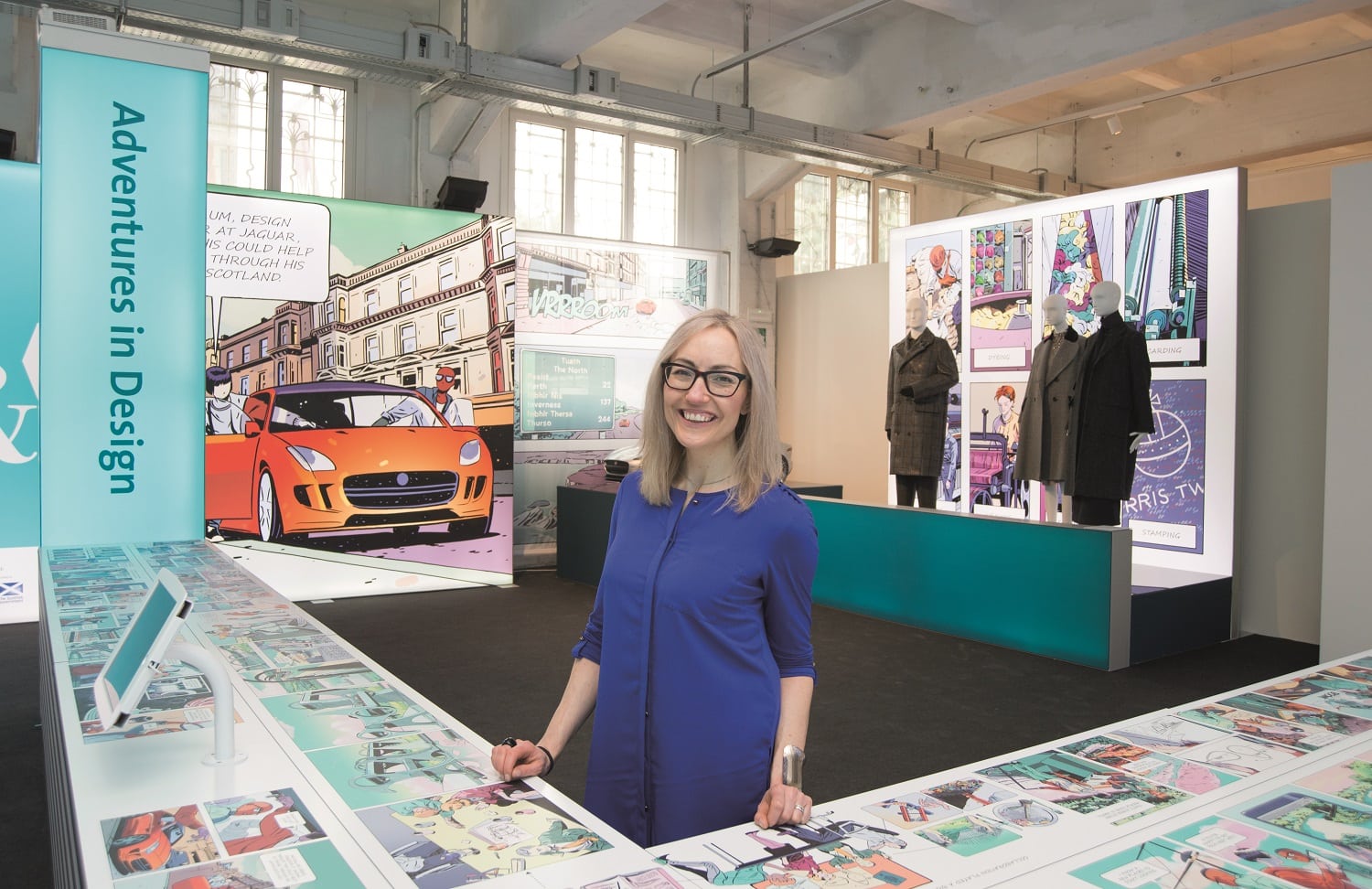 Tara joined the V&A Dundee project 10 years ago, while seconded from the University. She graduated from Duncan of Jordanstone College of Art and Design with a degree in Textiles in 1995. Shortly after graduating she found a position with Kinross-based cashmere spinners, Todd & Duncan. “I loved my job as a textile designer,” said Tara. “However, as it was the 90s, the Scottish textiles industry was not so buoyant.” This change in outlook eventually led Tara to take up a position at her alma mater working within the University’s Creative Design team.

As a Graphic Designer, Tara worked to build the University of Dundee’s brand. She even designed the very first edition of The Bridge. “I remember we toyed about with names for a while,” she explained. “Marmalade was one option at the time, however The Bridge was a better fit with what we were trying to say, and, as you can see, it stuck.”

“I remember watching the Hilton and the old Olympia coming down, and then, gradually, our extraordinary building has been built. Before that, I had been travelling the country, telling people about this amazing museum that was still to be built.”

It was during her time at the University that she first heard rumours of Dundee getting its very own V&A. “The University is one of the founding partners of V&A Dundee and my director at the time was heavily involved at the early stages.” said Tara.

“I remember sitting at my desk and getting a phone call from her telling me about the project and asking if I wanted to get involved. “I was excited about the project from the get go. I was in good company – over 120 international architects came forward to compete for the chance to design the building.” The winning vision came from Japanese architect Kengo Kuma, who is now designing the stadium for the Toyko 2020 Olympics.

His design takes its inspiration from the dramatic cliffs along the east coast of Scotland. His vision will also be the focal point for Dundee’s 30-year masterplan to reconnect the city with its waterfront.

It is Tara’s position as Marketing and Audiences Manager to sell V&A Dundee to the world. “I had been part of the team for seven years before the first spade hit the ground,” said Tara. “I remember watching the Hilton and the old Olympia coming down, and then, gradually, our extraordinary building has been built. Before that, I had been travelling the country, telling people about this amazing museum that was still to be built.”

“It is breath-taking. There is so much light in the building, it is really quite spectacular.”

To people driving past the building every day, V&A Dundee looks complete, but it’s not quite there yet. “There’s a lot of work going on inside, installing our exhibitions and getting all the fixtures in place,” said Tara. “But it is breath-taking. There is so much light in the building, it is really quite spectacular.”

The V&A Dundee team has been doing a lot of work to reach out to local communities and schools across the country to tell them more about this exciting development. “Kuma’s vision was to create a space that the whole of Dundee and Scotland could enjoy and be proud of,” said Tara. “We’ve spent a lot of time going out to schools and communities and working with our creative industries, to really involve them in the development of the museum – it is theirs after all. Based on the feedback we’ve been receiving, everyone is really excited to see the museum open.”

With V&A Dundee just over a week away from opening, Tara is justifiably excited to get people in the door. “I’m at the point now where I just want people to see it,” she said. “It has been a decade long project for me and it’s brilliant to see it finally realised. It’s now about getting people in and getting them engaged with design – sharing it with the world.” 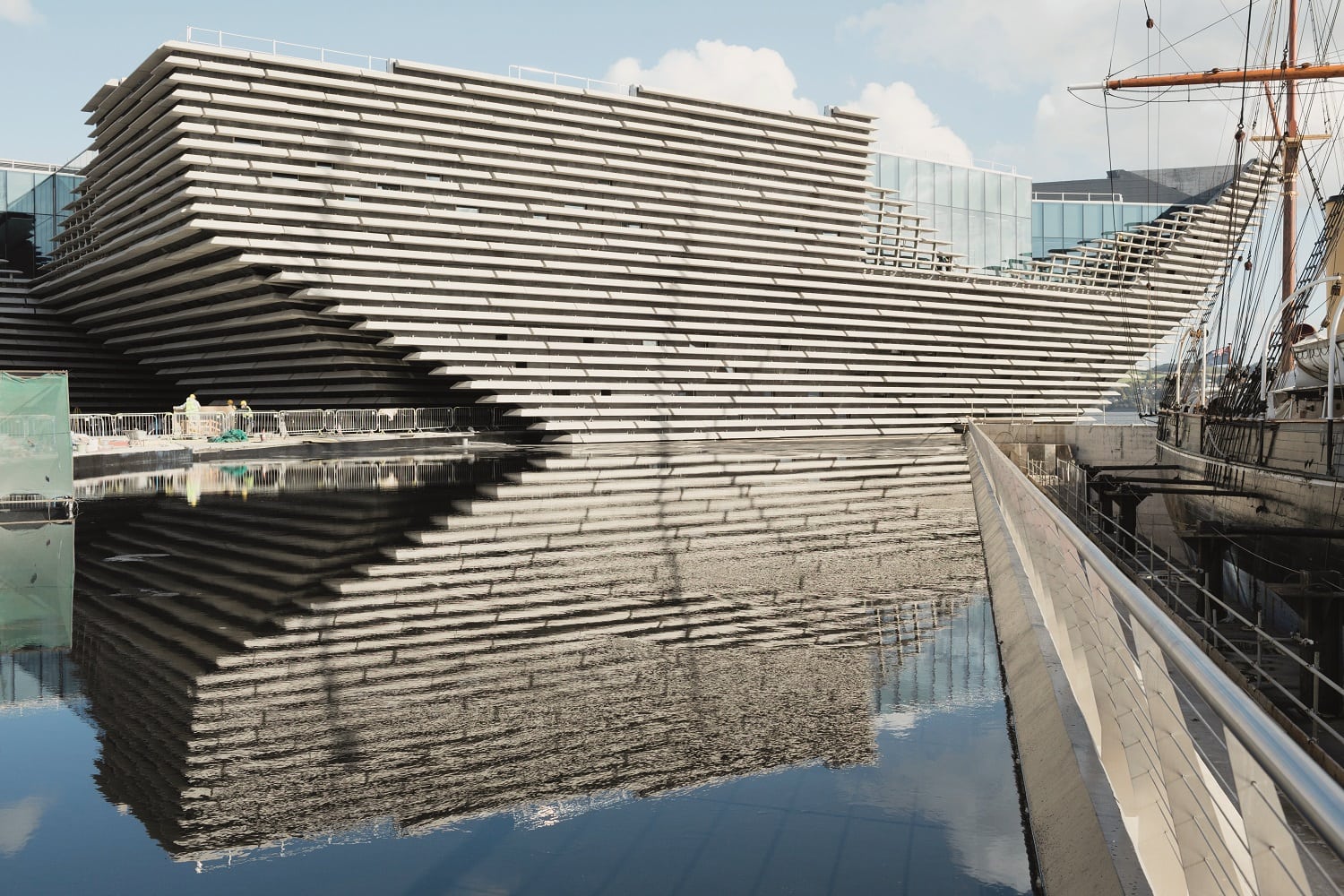 V&A Dundee will open its doors on Saturday 15 September. Its first exhibition will be Ocean Liners: Speed and Style, an insight into the glamour of life on board the world’s greatest ‘floating palaces’, their design and cultural impact.

Entry to the museum is free and some exhibitions and events carry a separate charge. Discounts will be available for University of Dundee students and staff: