SIPR and police-academic partnerships: addressing the paradox of policing research? 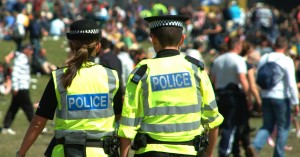 Just over 50 years ago Michael Banton undertook a pioneering sociological study of policing that drew on research with officers in Edinburgh City Police and at the Scottish Police College. The resulting monograph, The Policeman in the Community (1964), is now recognized as one of the classic studies of police work but it also includes an interesting commentary on the nature of police-academic relationships. ‘Both the police and the public would benefit’, Banton observed, ‘if there were more informed and independent opinion in the universities about the police and their duties’ (p.268). In the years since Banton’s study was published, however, the relationship between police organisations and academic research community has not always been an easy one. Indeed, the recent history of policing research might be described as a paradox of ‘successful failure’ (to borrow a phrase used by Loader and Sparks (2011) to describe contemporary criminology). Although there has been a significant expansion in research on policing in Europe, North America and Australia, many would claim that the impact of research evidence on police policy and practice remains limited. As Lum et al (2012) have acknowledged, ‘the notion that science should matter is often trumped by the reality that public opinion, political will, or consensus-based opinions about best practices are what should underpin and drive police practices’.

While these challenges remain important, there is also evidence of innovative activity to establish a more effective dialogue between police and research communities, exemplified in the growing range of police-academic collaborations that have emerged in recent years. Such collaborations can take a variety of forms but it is those that involve structured collaborations that span multiple universities and police agencies that Engel and Henderson (2014) contend ‘will be the most effective at advancing evidence-based practices in policing agencies’, an approach they suggest ‘is best exemplified by the Scottish Institute for Policing Research [SIPR]’… (see too Fyfe and Wilson, 2012).

Central to SIPR’s activities is a commitment to securing a culture of engagement between research ‘users’ (ranging from ‘management cops’ to ‘street cops’) and research ‘providers’ (encompassing senior academics through to postgraduate students) as well as a commitment to the co-production of research whereby practitioners and researchers work together in defining research questions and undertaking data collection and analysis. These activities are important precisely because they yield the kind of sustained involvement of practitioners in the research process that facilitates a better mutual understanding of the different worlds of police organizations and academia. These activities also challenge the simplistic assumption that interaction merely involves research evidence being packaged into knowledge ‘products’ by heroic figures and that these products are then transferred to recipients who will be capable of consuming them.  Rather SIPR has created institutionalized arrangements in which chief police officers and senior academics are meeting regularly to discuss the research needs of the police service and opportunities for collaboration, exemplifying the call made by Weisburd and Neyroud (2011, p.15) for a ‘shared academic-practitioner infrastructure’ in which there is regular discussion around the nature and value of the research evidence base for policing. This is particularly important given the rapidly changing context of policing.  The impact of austerity measures in many countries means that not only are many police institutions undergoing radical change but also the wider social and political environment in which the police operate is changing too. Against this background the big challenge for police research is to find a way of helping inform police decision making at a time when public and political pressures for ‘quick fixes’ are growing.  Now more than ever the police need a knowledge base for professional practice that can help inform a vision of ‘good policing’ that promotes better public security, a reduction in crime, enhanced social justice, and the protection of liberty and human rights. While acknowledging the point made by Mark Moore, that ‘the world of crime and policing is far too important, far too complex, far too urgent to leave entirely in the hands of scientists. We need a great deal of practical wisdom as well as a rigorous and responsive science’ (Moore, 2006, p.336), police-academic collaborations have a key role in mobilizing high quality research evidence to help inform policing and in providing efficient and effective mechanisms for knowledge exchange between researchers and practitioners.

Banton, M. (1964) The Policeman in the Community (London: Tavistock Publications).

Picture : Police Scotland. On patrol at T-in the Park. This work is licensed under a Creative Commons Attribution-NonCommercial-NoDerivatives 4.0 International License