The Police, the Media, and Accountability 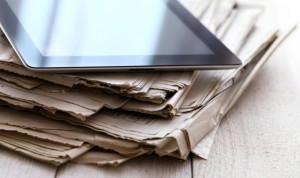 The news media arguably provide an efficient means of holding the police to account (OSCE 2008); giving the public access to information they might otherwise not have access to. Typically, research examining the police-media relationship questions whether the media can hold the police to account, with many arguing that the police exert too much control over the relationship (e.g., Leishman and Mason 2003; Reiner 2007). While the current research acknowledges that the police hold a certain degree of control by acting as the gatekeepers to much of the information that journalists seek access to, this research argues that the traditional media still have a significant degree of control over the type of crime and policing information the public have access to. For instance, interviewees in the current research stated how they would have to conform to the news values of journalists and editors if they wanted publicity for an issue. Further, while the police can (and do) influence news coverage, there are many recent examples of where the news media have held the police to account over their handling of certain issues (stop and search, armed officers, and their response to 999 calls, for example).

However, although the media can be effective at holding the police to account for such apparent wrongdoings or ineffectiveness, the content analysis of Scottish newspapers revealed that such instances of the media providing a critique of police activity are relatively rare (as are positive stories). In fact, on a day-to-day basis very little information is provided in the news media that allows any real evaluation of the police; the police are mentioned in just over half of all crime stories, and when they are mentioned it is typically only a very basic crime report. Further, consistent with previous research (e.g., Cumberbatch 1995, cited in Reiner 2007; Chermak 1997; Pollak & Kubrin 2007), the results of the content analysis demonstrate how the news media like to focus on the most serious and sensational crimes, with murder being the most common type of crime reported by all newspapers. This focus on the most sensational crimes is a particular source of frustration for the police, who are concerned about the impact such coverage has on public perceptions of crime in their communities. They were also frustrated with the media’s lack of interest in lower level crimes, and noted how it can be a real challenge to get coverage for many of the issues they would like publicity for. Indeed, the type of issues that communities often identify as being important to them (domestic abuse, antisocial behaviour, road safety, and dog fouling, for example), and the type of issues that the police most commonly have to deal with, rarely get publicised. Thus, through the traditional news media, the public rarely have access to information that allows them to make any real evaluation of the police or their role within society. Such an evaluation would not only require access to information about lower level, less sensational (or ‘newsworthy’) crimes, it would require access to police successes, police failures, and all that goes between them.

Certainly, whilst it might appear detrimental to police accountability for the police to have editorial control over the information being presented to the public, the police can choose to be more or less accountable through social media; they can choose to publicise all information that is in the public interest rather than just their good news stories. They can also choose to engage the public in wider discussions about crime and how it should be tackled. Further still, because social media has provided an additional avenue through which the public can communicate with the police (and with each other), it means that members of the public can share any concerns, criticisms, or praises they might have, and that such concerns will have an immediate audience. Whether the police embrace social media as a means of improving their accessibility and accountability remains to be seen. However, it is clear from the research that having such an opportunity raises questions over whether the police should continue to invest public funds into managing their relationship with the traditional media, especially in considering that they are rarely happy with the results.

Chermak, S., 1997. The presentation of drugs in the news media: The news sources involved in the construction of social problems. Justice Quarterly, 14(4), pp.687–718.

Pollak, J.M. & Kubrin, C.E., 2007. Crime in the news: How crimes, offenders and victims are portrayed in the media. Journal of Criminal Justice and Popular Culture, 14(1).