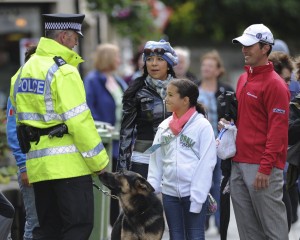 It was the late Tom Williamson who characterised efforts to define or “pin down” community policing as being like “trying to catch soap in the bath”. As a former deputy chief constable of Nottinghamshire constabulary, who also completed a PhD and became an academic at Portsmouth University, he was writing from both professional experience and with an understanding of the extensive research and policy literatures. To be sure, there is no single, agreed definition of community policing and the purpose of this post is not to scrabble around in the bathwater for one. Instead I’m just going to suggest that although indeed slippery (in that it can mean different things to different people and in different places – no bad thing really) ‘community policing’ does have some generally agreed and distinctive features (all policing is not community policing). For another chief officer, academic and one of the most radical thinkers about community policing – John Alderson – these core features of community policing were really about helping the police to adapt and be responsive to new problems in an ever-changing world – to be a ‘learning organisation’ in current management speak.

Community Policing is all about the Ps – working in partnership, engaging with and consulting people, being proactive, being problem-orientated, and giving priority to such important (and demanding) work. For Alderson (and many others) working in partnership with other agencies and consulting local people are important not least because they involve the police in active communication with others; hearing their views and taking account of different perspectives on problems (there may even be disagreements on what the problems are and that’s a healthy conversation to have). Organisations that learn do so from looking outside to the world and what is going on. This in turn provides the wider perspective on problems that can help the police to be more proactive in responding to emerging or new problems, preventing harms before they occur, very often with necessary input from partner agencies because the police are not magicians and cannot be doing everything (and should not be expected to be). All of this is challenging work to do in practice that just won’t happen if it isn’t made a priority.