The time has almost come where you now just have less than 3 weeks before you start this new journey in university. I remember this time last year I had a million thoughts going through my mind from excitement of beginning a new phase in my life, to 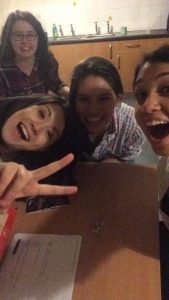 being scared and a little sad to leave home, my friends and family for the first time. Yet I would constantly also think about things like how would I make friends? Would people like me? Will it be hard to fit in? However I have to say all my concerns about making friends was primarily solved because I lived in student halls. This is why I always recommend first years to stay in student halls in their first year. Life in student halls is an experience in itself and allows one to learn so much like, how to live with several people under one roof (in my case 7), how to cook and survive on a budget, how to balance time and etc.

One of the biggest things that student halls have given me are very close friends who have become almost like family to me and are in fact my biggest support system. I remember when I landed in Dundee and entered my student halls everyone had this warmth to them and that made talking and getting on with them so much easier. Also once everyone had arrived we decided to have a flat meal in Nandos, which was a great way to break the ice and get to know everyone. I would recommend that you do something similar with your flatmates as 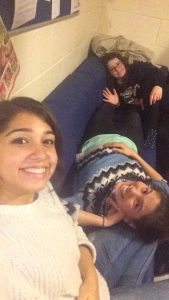 it helps to get to know each other better. One of the most important things to remember is that everyone is ideally on the same boat as you, so you don’t have to be scared or shy, simply be yourself! For me, my flatmates became very close to me to the point that we would go grocery shopping together, have movie nights together, we would go to the union together, organise a flat secret Santa, make Easter lunch together and have late night conversations too. The best thing was the flats above and below us become very close to us too, so we would plan trips together, have      before going out together, and etc. So make sure to interact with your neighbours during fresher’s week too! I remember the flat below one day invited us to have a couple of drinks in their flat and ever since then we all became quite 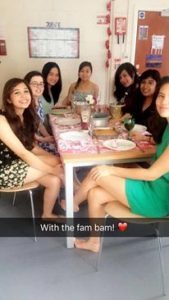 close to each other.

The important thing to remember when living in flats is that you have to be patient and understanding. You need to have the willingness to compromise when need be, because not everyone is going to have the same living standards as you. So another thing that I would recommend is to have a cleaning rota for the flat so that the workload is evenly distributed. Another essential thing to consider is when people sleep. This is because some people prefer to sleep early and others late so you need to make sure that your activities aren’t interrupting the other people in the flat. For example I would sometimes be talking on the phone late in the night and as the student hall walls are very thin that sometimes would disturb my neighbour. Or sometimes my flatmates would watch movies in the kitchen and as my room was near the kitchen it would be distracting when I would try to work. But apart from that I have some of the best memories in the student halls that I will cherish for a lifetime.

Also while living in student hall try to personalise your room as this is your space and is also one way of coping with home sickness. For example I posted all my Polaroid pictures on one entire wall of my r 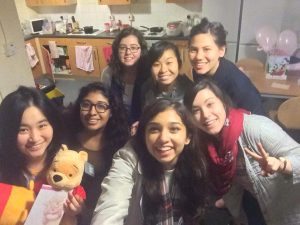 oom, which included friends and family from back home, as well as new friends I had made in Dundee. I also had put up a scarf of the football team from back home and flags of the countries I had previously lived in. Also I kept a teddy bear, which was given to me by a special friend and was nice to have when I missed them. Furthermore as I tend to like colourful things I had bought a duvet cover, which was colourful and helped lighten up the room.

Another important thing to consider while living in student halls is how to cook on a budget. This can be done in many ways, to begin with make use of all the offers that Tesco and Lidl provide such as when things are half price, or when you are getting things for the price of one. As well as this try getting a loyalty card wherever you decide to shop as this also helps gain discounts. Also try organising meals for the week cause that way you won’t over or under cook.

In the end though you learn a lot of things by yourself through experience from doing your laundry, to cleaning, to budgeti 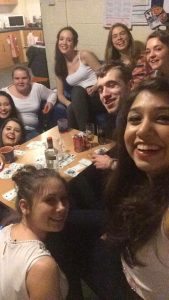