The Festival of Lights- Diwali

Last week the university had celebrated one of the biggest Diwali festivals that it has ever seen. This is the first time that the uni 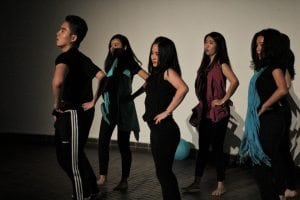 versity of Dundee’s Singapore society, Malaysian Society and Indian society have come together in unison to celebrate this auspicious festival. Diwali follows the story of Ram and Sita to represent the victory of good over evil and light over darkness. The symbolism of Diwali is aptly summed in the simple act of lighting a lamp or diya. These are said to ward away evil and welcome Lakshmi (the Hindu goddess of wealth and prosperity) into the house.

While most people recognise this day as the Festival of lights 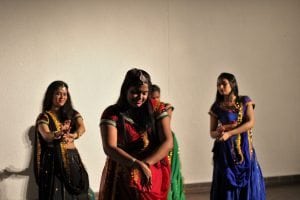 . It is no longer just an Indian festival but an international affair. UK, Australia, Africa, America, Asia, you name it and there is going to be a celebration! Thousands of homes across the world (including my own flat in Dundee) turn their homes into enclaves of warm golden light; sharing gifts and meals together and bringing families & friends closer. 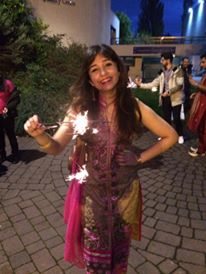 Being so far away from home (to be precise approximately 7700km), it is during these festivals I miss home the most! From cleaning the house, to decorating the house with fairy lights and candles, to cooking traditional food, to lighting sparklers and bursting crackers, to wearing colourful new clothes and visiting friends and family. During this festive season in India, there is this positive energy in the surroundings, which is so contagious and is another aspect I miss about home.

However this year celebrating Diwali in Dundee didn’t make me feel like I was away from home. And because the three societies joined together, the celebration was even bigger! The evening began firstly with the pooja, which is the worship of the deities. Then after that, everyone went onto campus green for the sparklers and to click instagram worthy pictures. 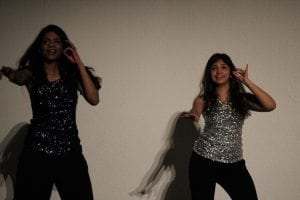 The sparklers really helped mimic the bright and warm atmosphere that is seen in India during this time. Furthermore, the three societies had put up a show where they danced to popular tunes from all over India and even allocated prizes for different things such as, best dressed male and female.

Once the concert was concluded it was time for the most awaited thing that evening- dinner! As it was a buffet, I really did over eat, but how could you not? With such a variety from assorted naan breads, tandoori chicken, lamb curry, vegetable biriyani and many other items, it was hard 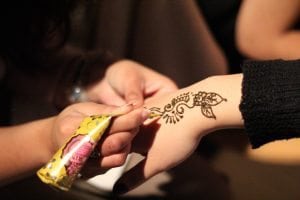 to resist the urge to go for second and third helpings (#guilty). During the event they also had people doing henna tattoos, which is also another thing that people in India get done on Diwali. So having the henna artists there added to the authenticity of Diwali that the three societies created. Finally to end the night, there was an open dance floor and everyone was allowed to freak out and dance their hearts out to Bollywood songs!

At the end of the night, when I got home, I was able to reflect upon how glad I was to be part of the Indian society. This is because attending the different events the society hosts, such as Bollywood night, Diwali, and Holi, it not only 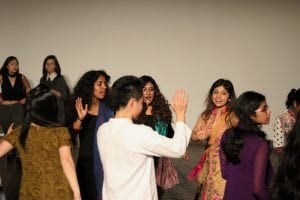 really helps with dealing with homesickness but also keeps you connected to your culture and roots even when you are so far away. In fact back home I had only celebrated Holi maybe twice and on a very small scale, however last year was the first time I got to celebrate it on such a grand scale. Furthermore, it was nice to meet people outside of the University of Dundee who otherwise I wouldn’t have had the chance to meet. Through the event, I was able to meet a person who came from the same part of India that my mum is from and live very close to the area that my mum grew up in. This is another thing that the Indian society is able to do is to bring the broader South Asian community together.
Moreover, because of the buzz that the event had created, it made me excited and want to also celebrate the festival like I would at home. So I went out and bought fairy lights and loads of tea lights to put around the house and even bought my flat mate 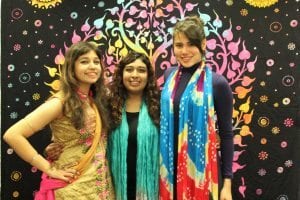 s a little something as back home it is common to give gifts to friends and family because Diwali is all about giving. I had also wanted my flatmates and friends to join in the festivities and get the true experience of what Diwali is about, and thus had lend them my Indian clothes so they could doll up too! All in all, although I did miss my parents that day, I had one of the best Diwali’s that I could have asked for being 7700km away from home!