Last Thursday the second year fine art students had a get together in the level 2 studio corridors to show off what they had achieved so far this semester. The corridor was converted into a gallery complete with drinks, snacks and posters around DJCAD inviting others to come and see the work produced so far. With the help of some staff the works were mounted on walls and placed on podiums, a small studio had even be converted into a room full of films that students had created. 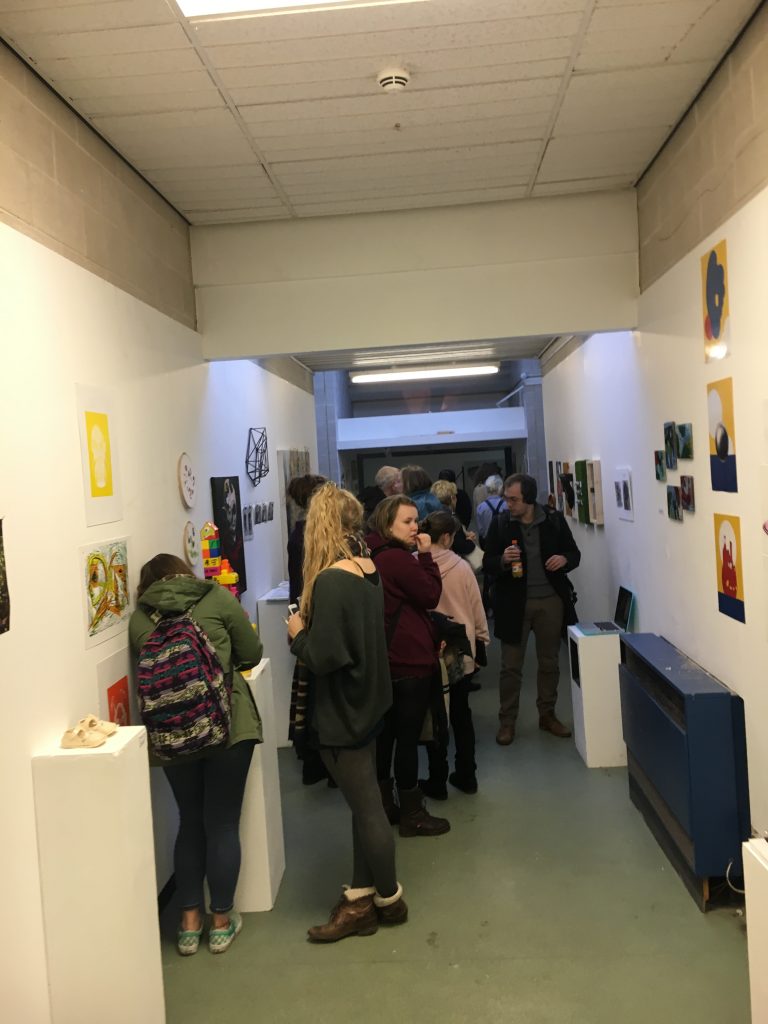 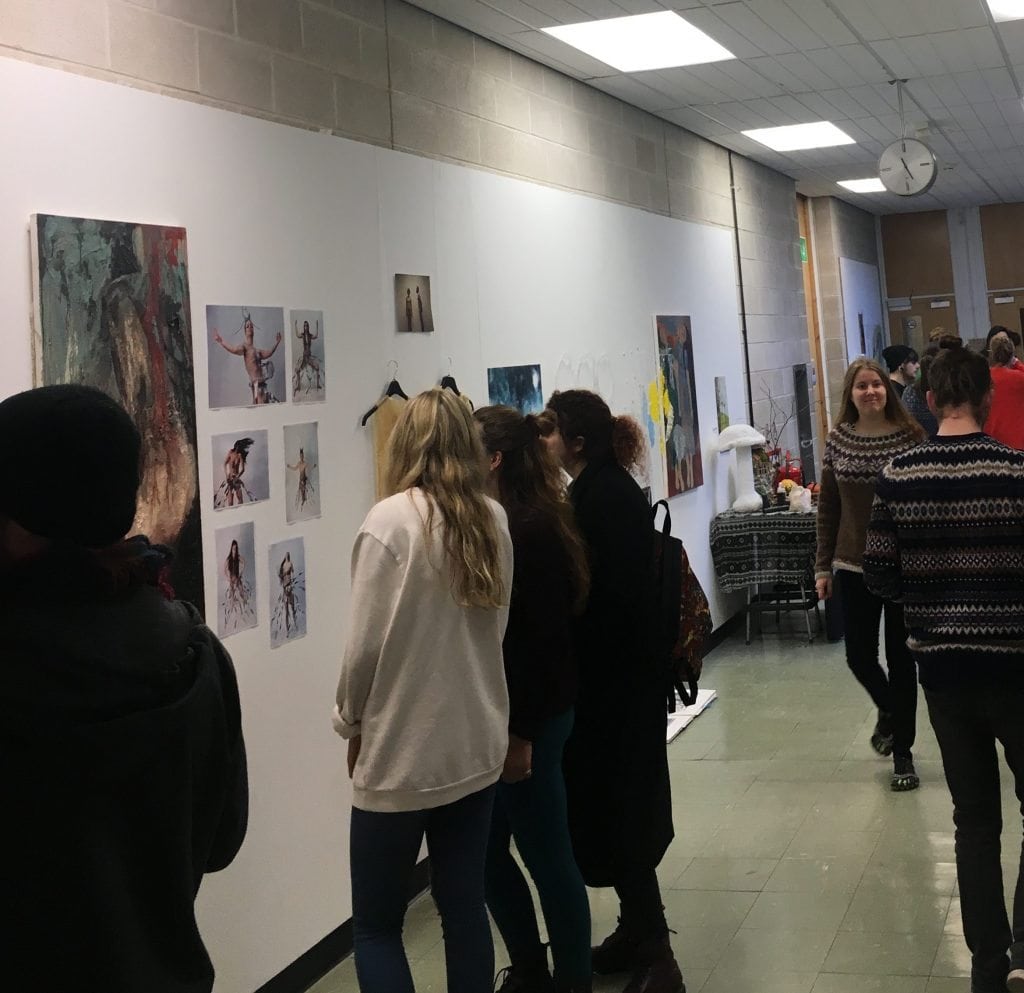 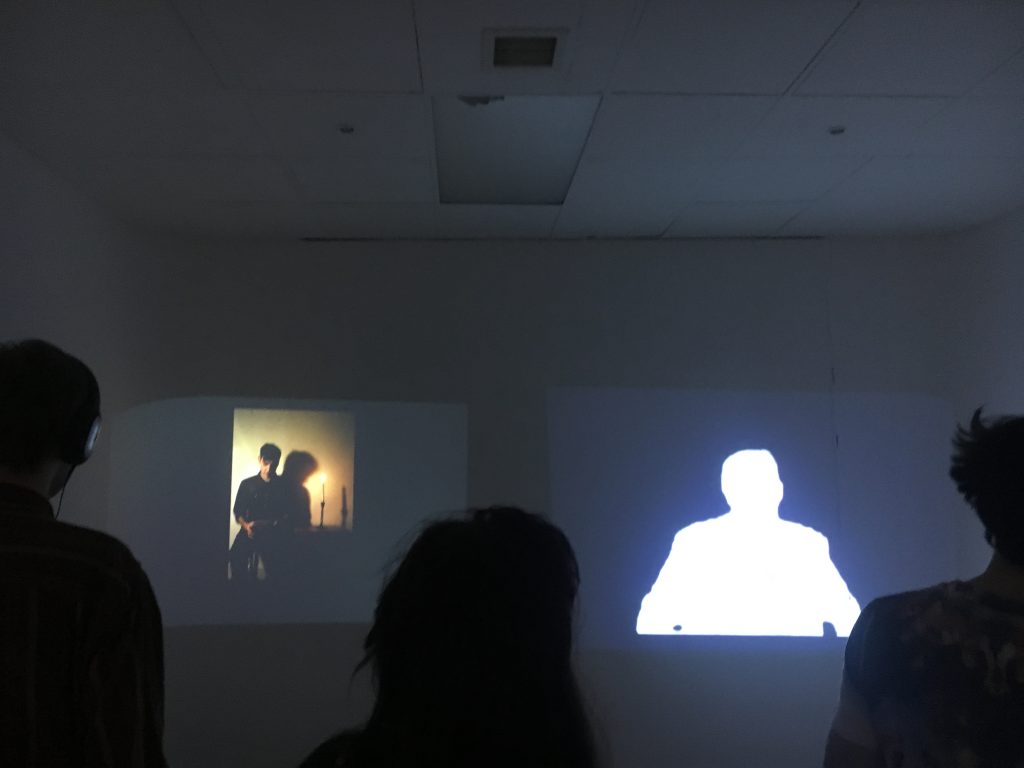 I was also lucky enough to be able to speak to one of the artists about their work, Routes to Remittance by Lucy Smith:

An abstract representation and perceptions of a Lincolnshire landscape.
The largest percentage to vote ‘leave’ for the ‘Brexit’ referendum came from the  South Holland district of Lincolnshire where over 70% voted to leave the European Union.
In Lincolnshire which is largely agriculturally and anecdotally known as the bread basket of England, there has been over the past 10-15 years a large increase in migrant workers who have settled locally. So some town centres in South Lincolnshire seem to have undergone a significant change in community townscape and culture.
There seems to have been a feeling amongst some locals that they have lost opportunities in employment and a perception of deterritorialisation.
This feeling has led to many preferring to, or desiring of, a time gone by perhaps as expressed in a vote which changed the political outlook and direction of Britain in the most significant way for the last 40 years.

The show was a great success and everyone had a wonderful time, all the students put on so much had work over this semester, it was lovely to see the fruits of the labour. Just wanted to tie up this post by saying a huge thank you to everyone who took part, set up, organised, bought drinks, and of course to all who came to see the work!