Hello, from the other side! (A visit to Newport-on-Tay)

The other day I recalled that although I had lived in Dundee for a year and a half now I hadn’t visited the small town across from Dundee, Newport-on-Tay. I knew the trip might take a while, as I planned on walking it via the Tay Bridge, but it was well worth the walk for the lovely views.

I walked down to the Tay road bridge and went up via the stairs underneath it (there’s also a lift if you require or wish) that took me up to central walkway. There are sometimes bicycles, so just make sure you leave them space to pass too if you plan on walking. 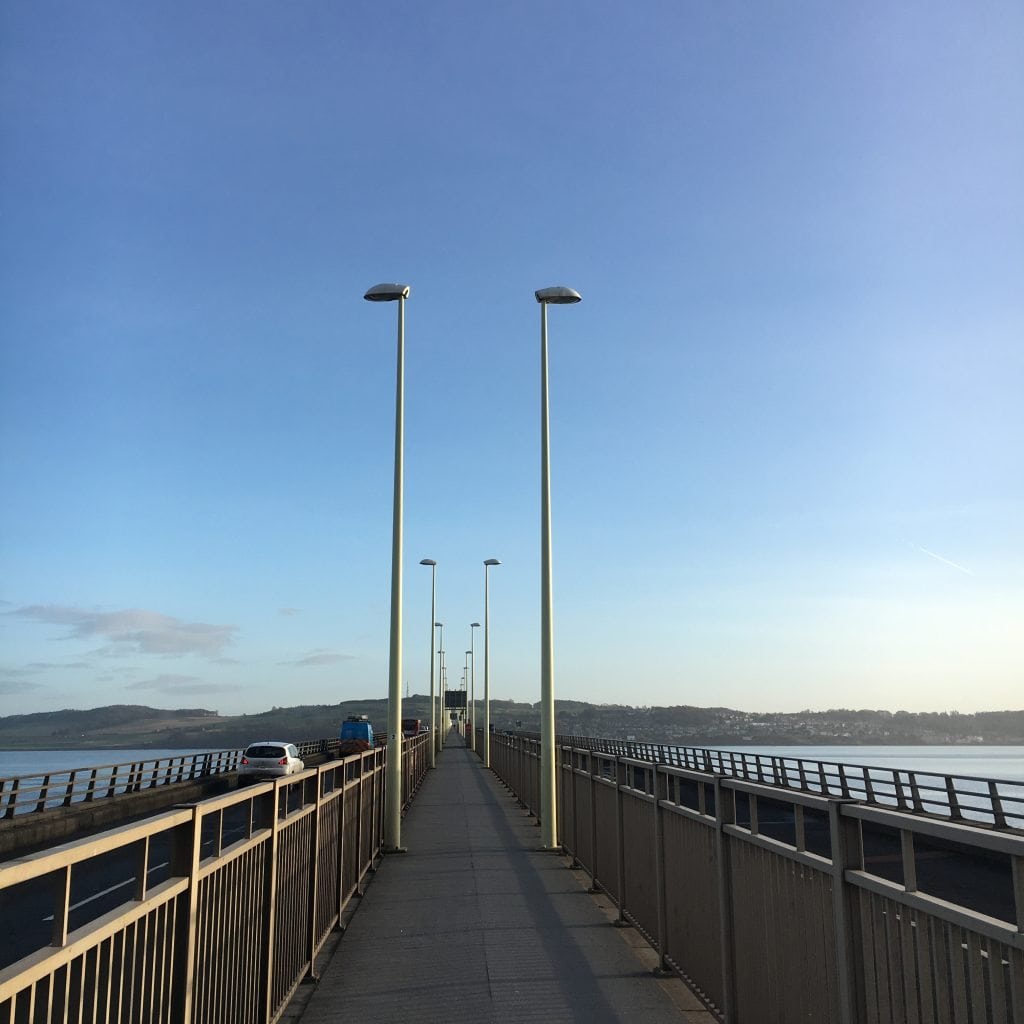 I had set out at 3pm, and the sun was already beginning to set. 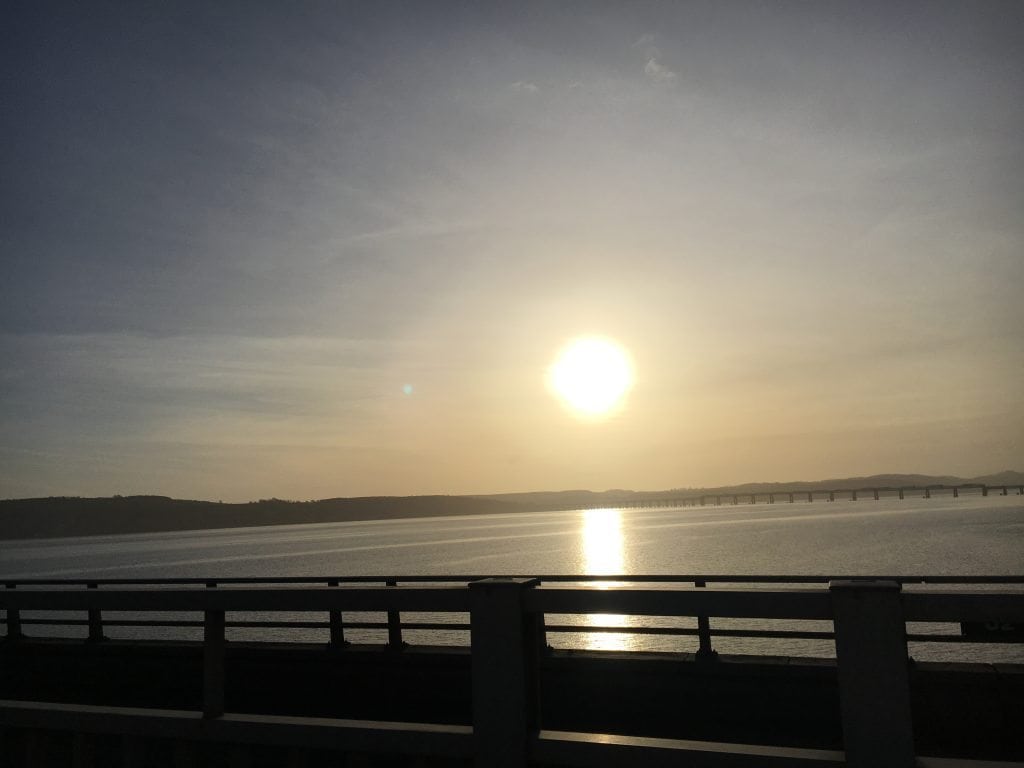 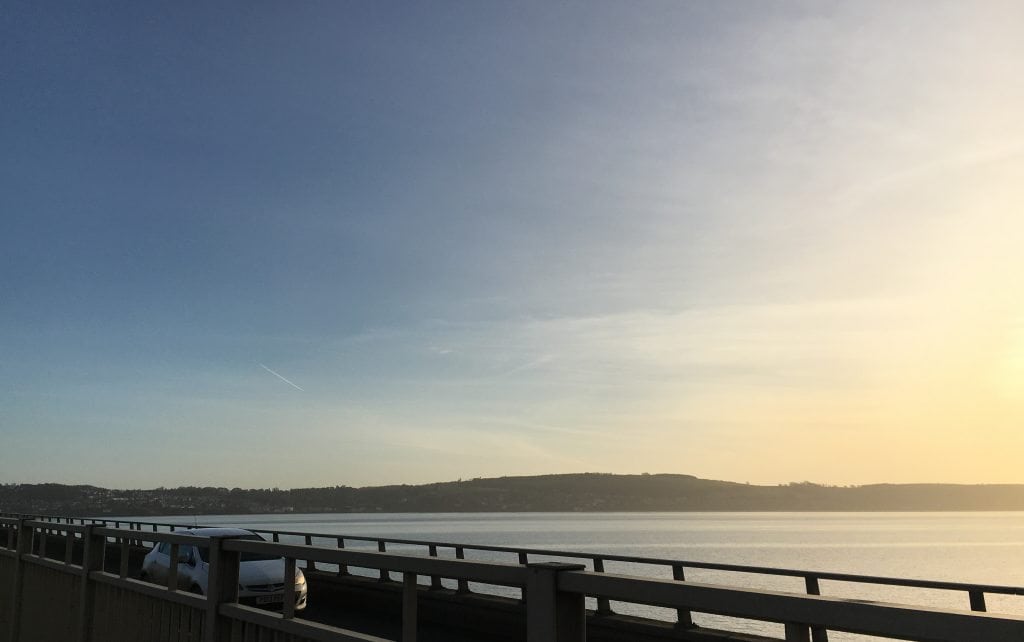 There was a landmark on the other side that I thought looked rather pretty against the blue sky. 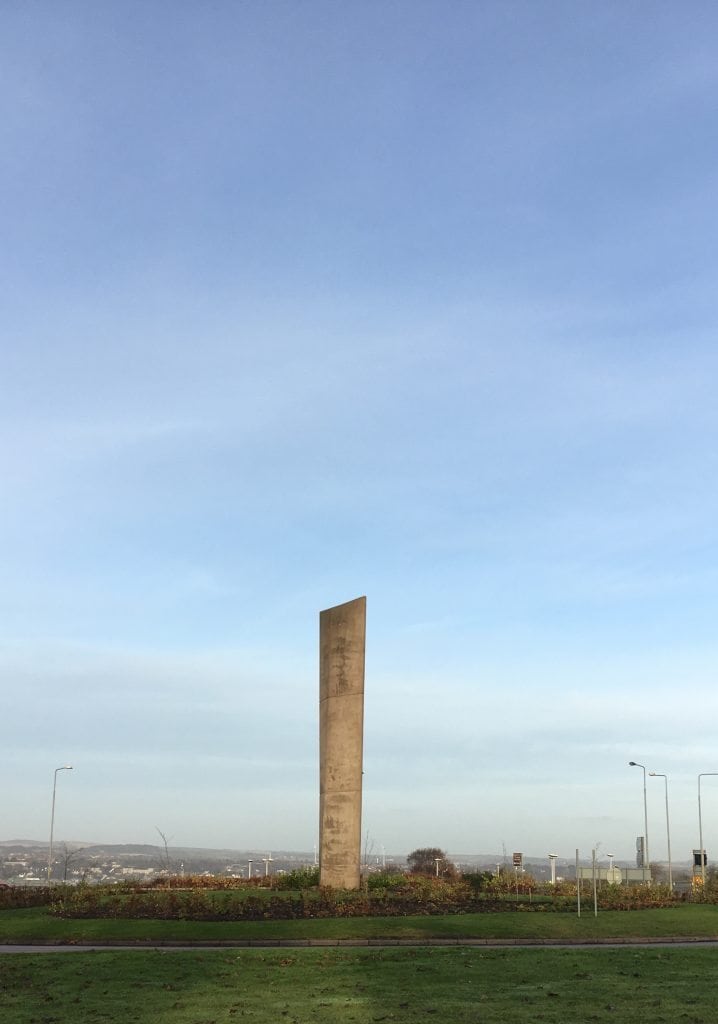 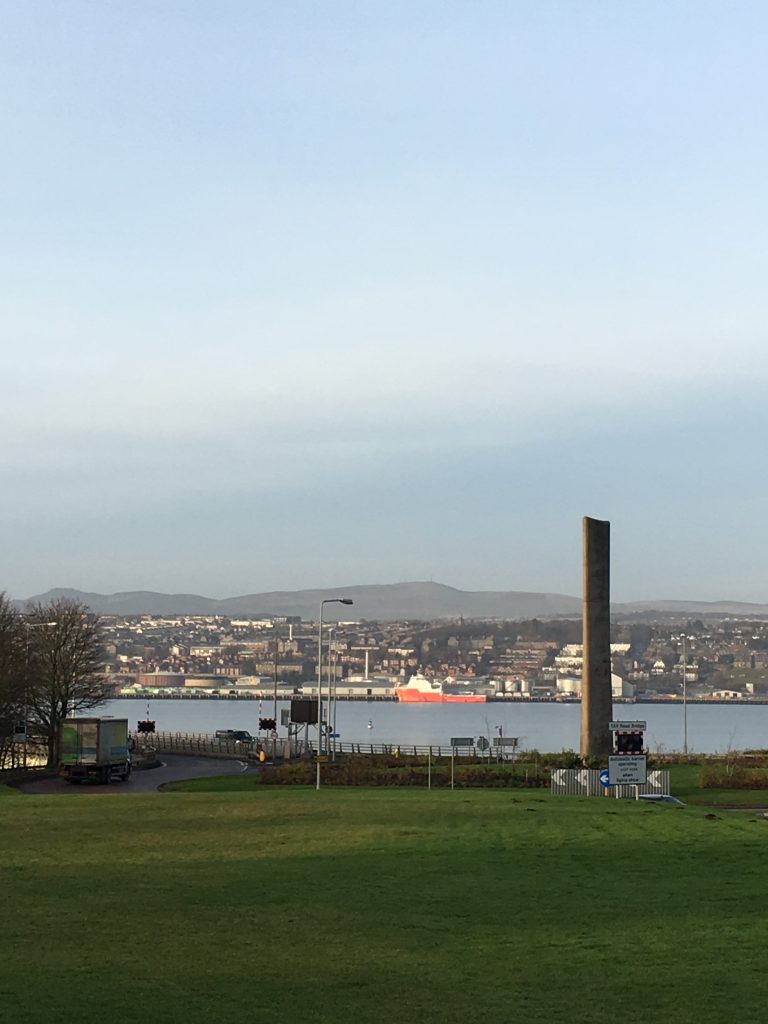 I thought the light of the setting sun caught this side of the Tay Bridge perfectly through the trees at Newport as I walked down the footpath to the town. I was so used to looking from the other side of the river. 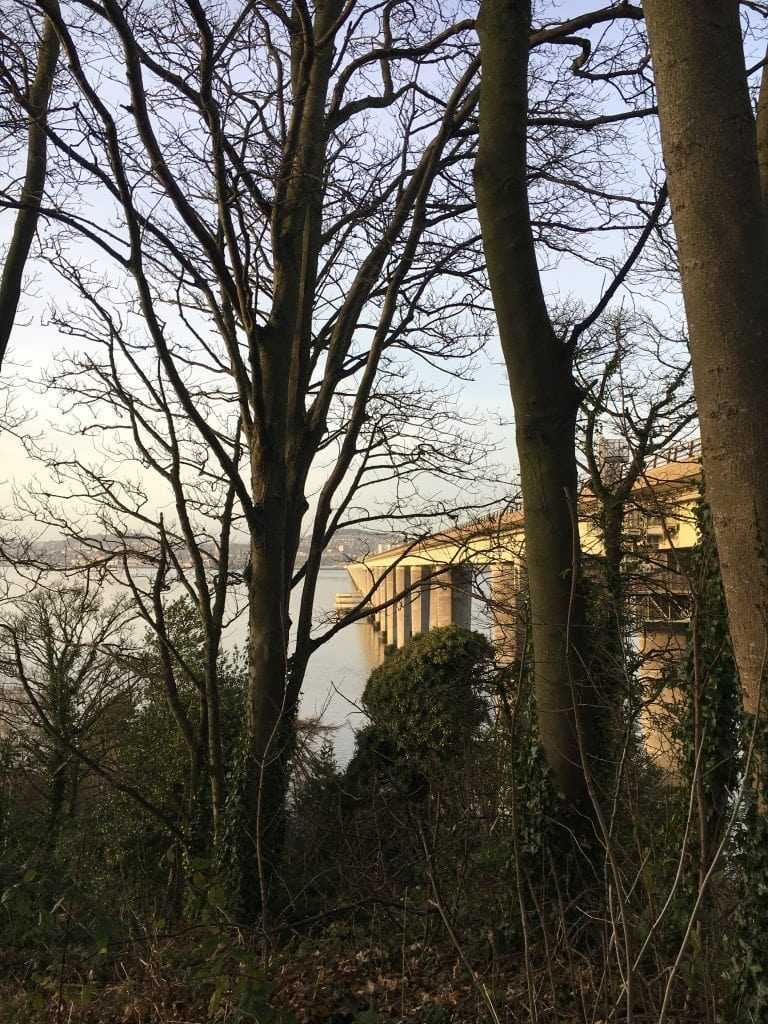 I could even see the other Tay bridge off in the distance. 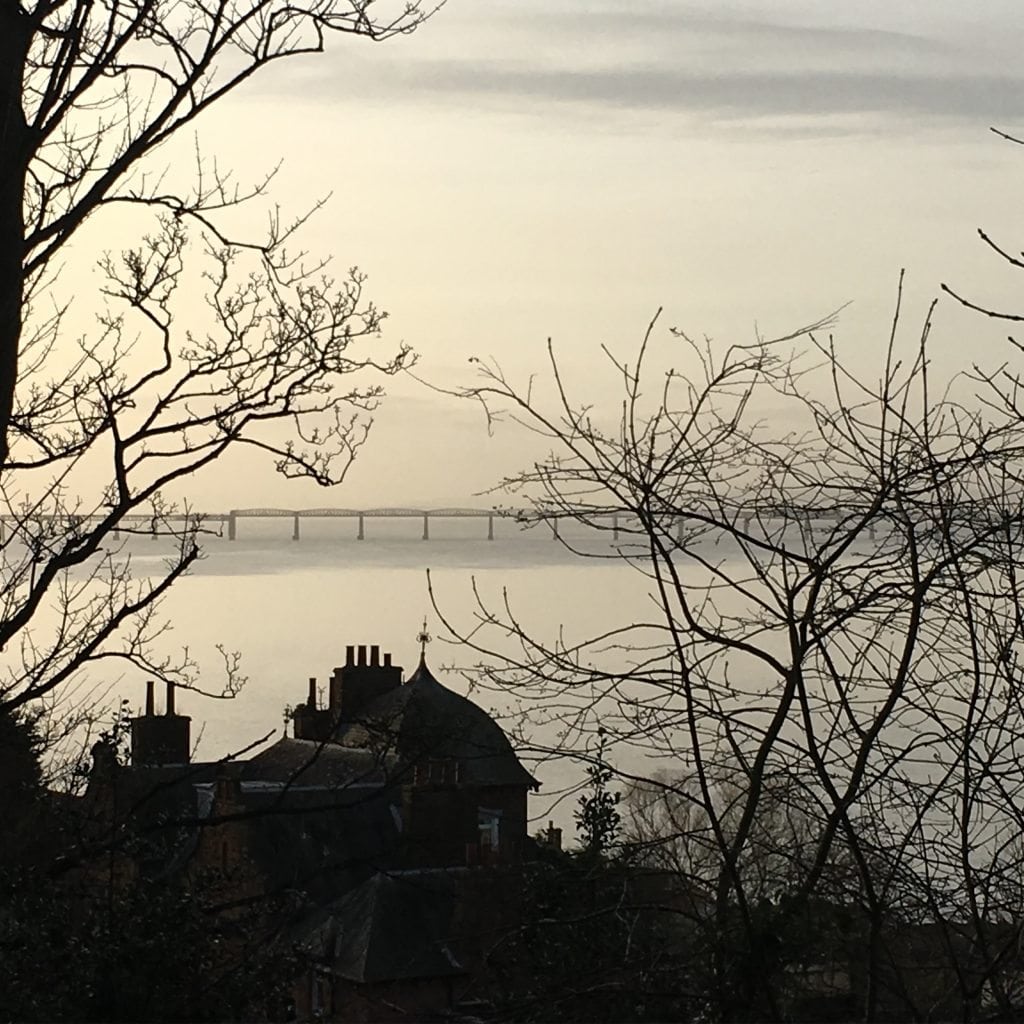 From the footpath towards the river I walked along the main road until I came to a turn on the right down a hill lined with hedges marked as another footpath, but instead of towards the town, it was towards the foreshore. 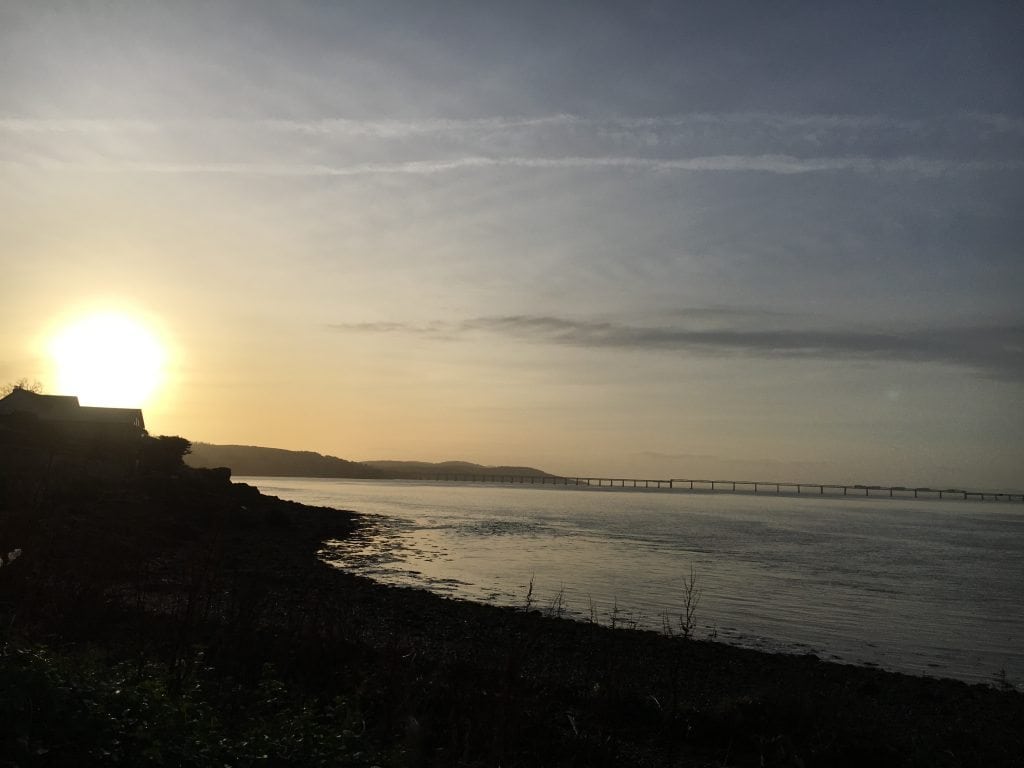 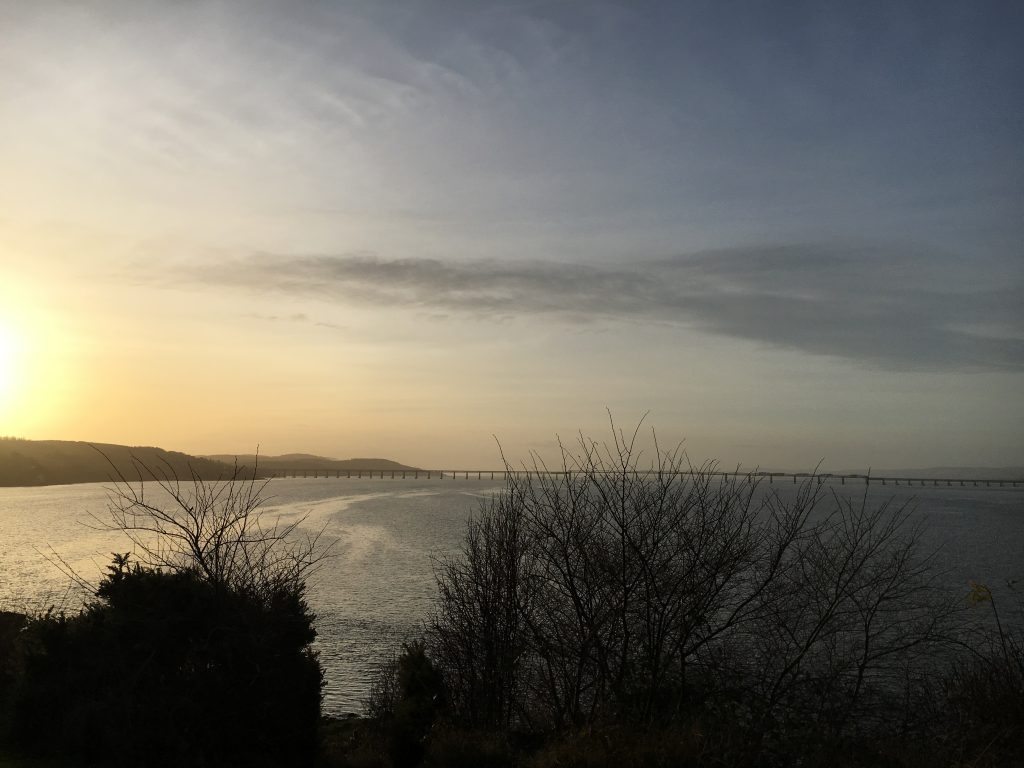 I met a local and asked if they could point me in the direction of some shops just to grab a small bite to eat, and he very helpfully said to follow the main road I’d just come from for a little while longer and I’d find the centre, but he warned me that there wouldn’t be much selection, I wasn’t too worried though, I hadn’t much of an appetite. I thanked him and left him to it and was on my way further into Newport-on-Tay. 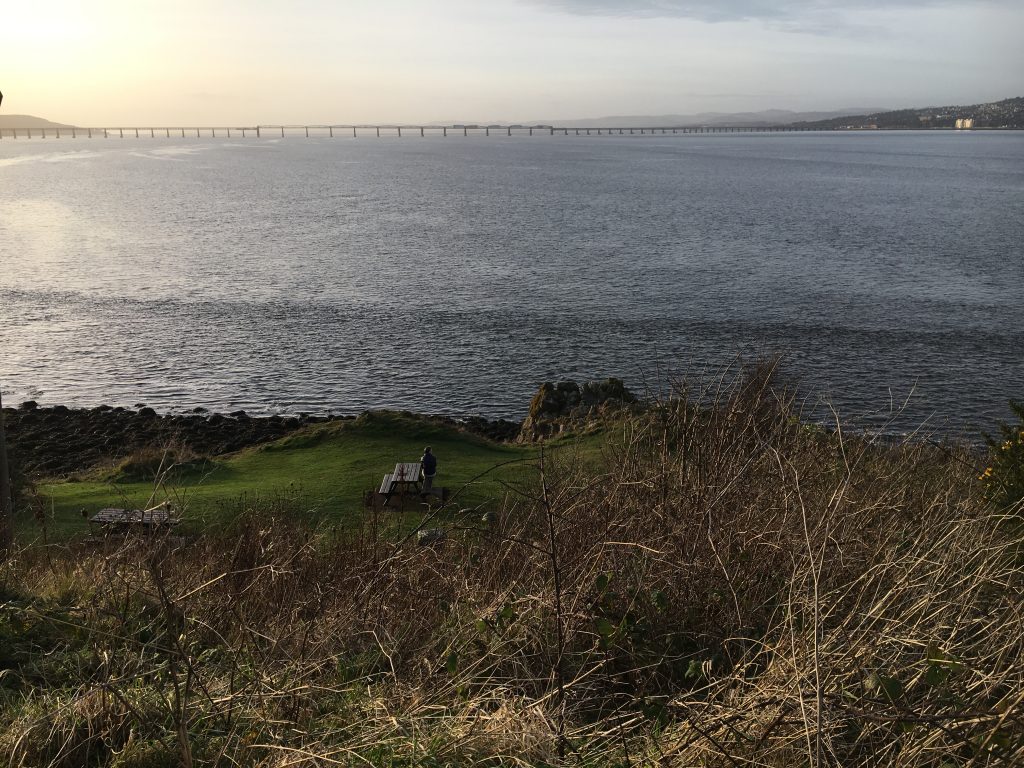 I followed the road along to the town but on the way I noticed how much quieter it was, except for the delightful chirping of the birds in the bushes. 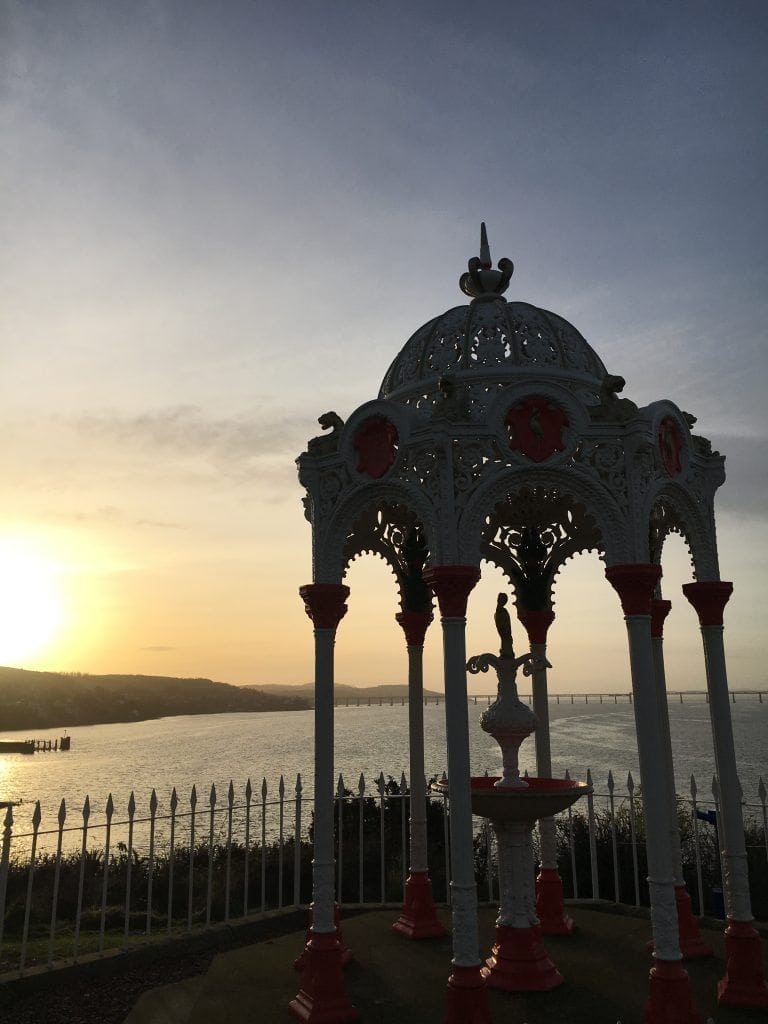 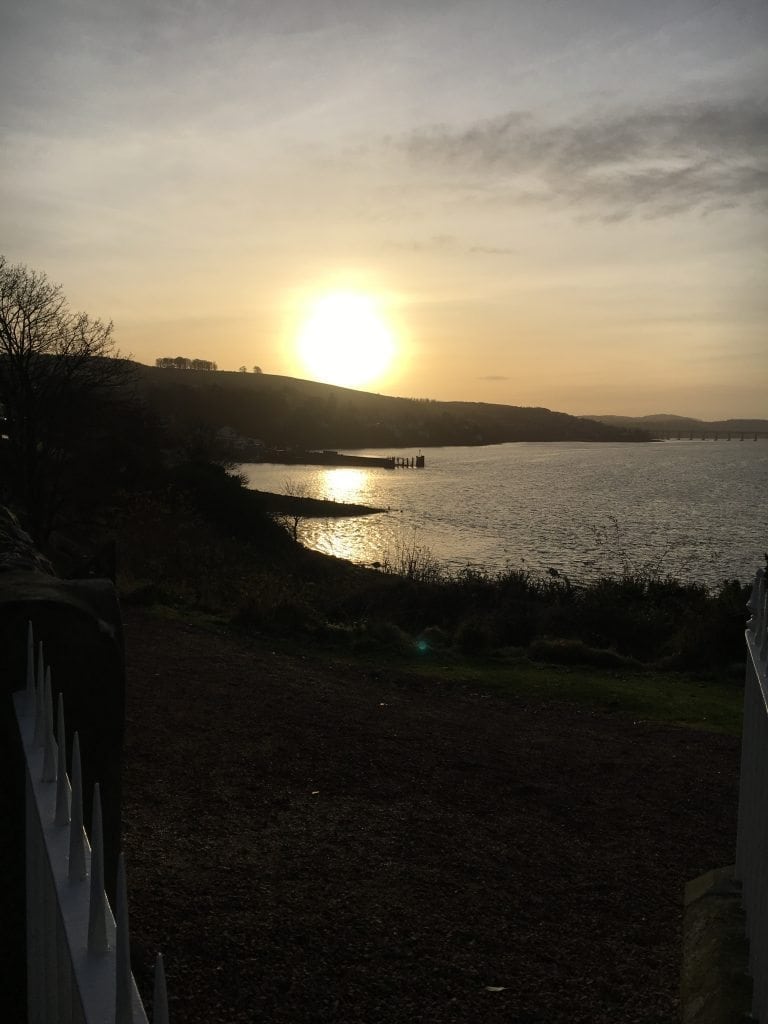 The town was small, and it did have a cafe, however I just fancied a packet of crisps and was absolutely craving Dr. Pepper, so their Co-op would suffice for me. I sat down on a bench to eat and just took in the lovely views and wonderful lack of noise. There was an air of calm despite not being a 30 minute walk from the city. 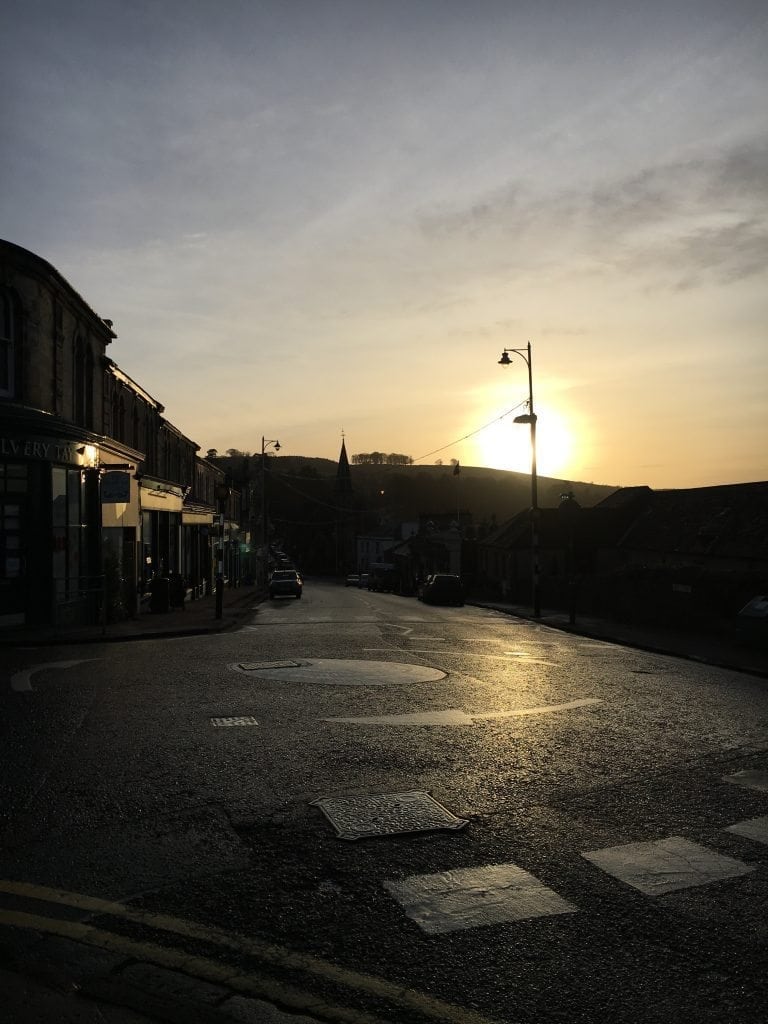 I was back in Dundee well before 5pm, and watched what remained of the golden sunset go down from a familiar side of the river before heading off home to the flat. It was a wonderful little escape from the hustle and bustle of city life especially just after all my work for this semester had been handed in. It was a wonderful way to destress.