Nestled near the southeast corner of the Cairngorms National Park and about an hour’s drive from Dundee you will find, what most would call, a gem. A massive, frosty, glistening, gem. They call it Glenshee Ski Centre …or as I would refer to it, That Place That Tested My Patience.

When most people hear I am from Iowa, they usually imagine that flat state in the smack-dab center of the USA that’s known for its agriculture. And, yep, they would be right. While it is considerably flat and definitely is dominated by corn stalks and soybean rows, there is my little piece of the state bordering the Mississippi River that is decorated in beautiful hills and valleys and even – get this – a ski and snowboard resort. When I was growing up, my dad taught me to ski there and, as I got older, I tried my hand at snowboarding. What I am trying to say is, Glenshee wasn’t supposed to be my first rodeo. 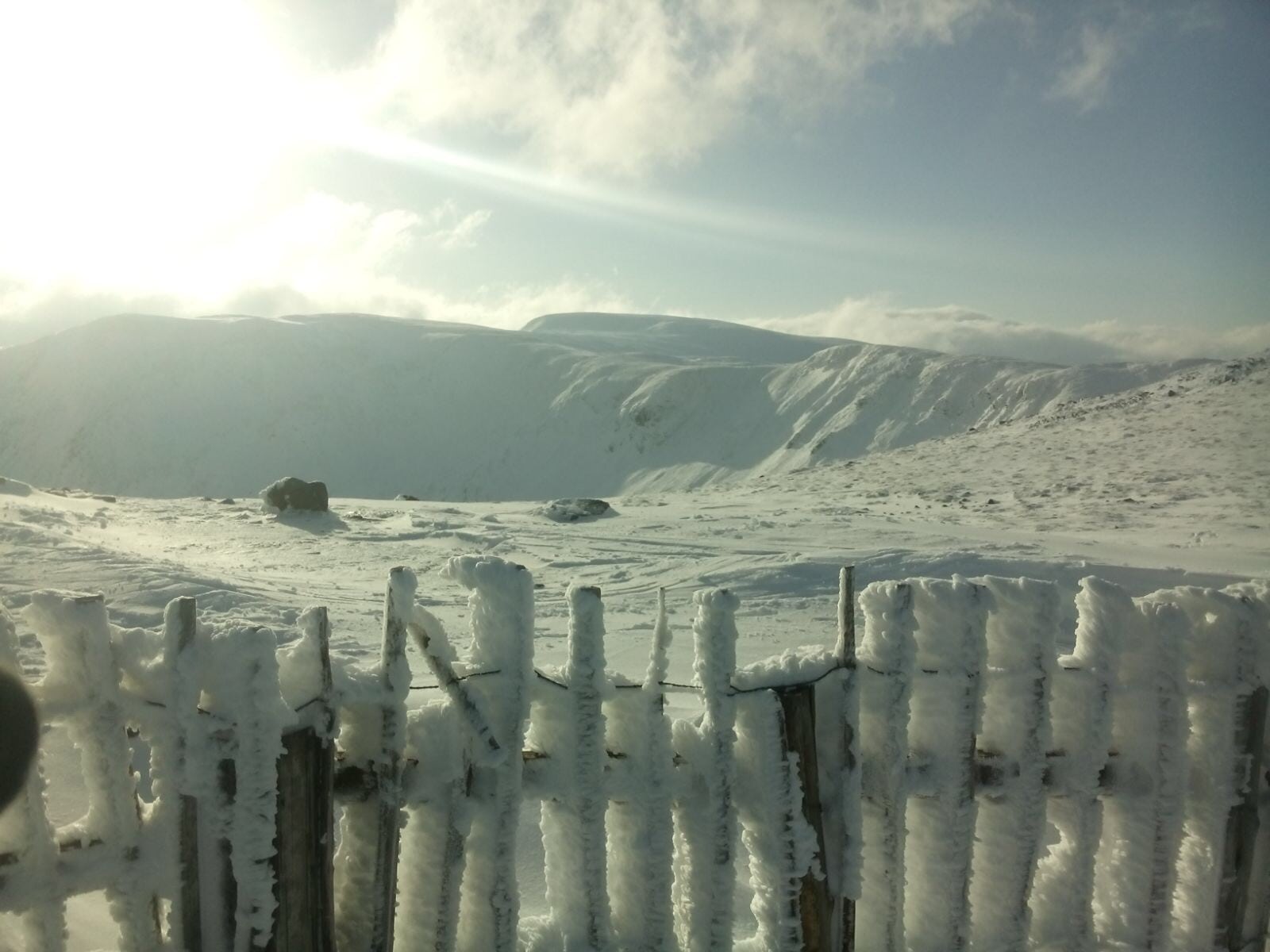 Which brings me to the story I am really here to tell you. I heard a professor (Thanks, Dr. Neil Burford!) raving about the slopes at Glenshee and I was sure I needed to check it out. Little did I know I would ultimately spend most of the day at the bottom of the hills in a fierce battle with the ski lifts rather than actually enjoying the descent.

These so-called lifts are far, far from my definition of a lift. For me, they were definitely more of a drag. But hear me out. At home, the only lifts we have are chairlifts, and I must say I now regret having taken them for granted all of these years. At Glenshee, there are a few chairlifts, but the majority, especially ones to the biggest and best slopes, are button lifts. Terrible, impossible, worst invention of mankind — button lifts. It’s legitimately just a pole. AKA, I couldn’t get to the biggest and best slopes until I could conquer the terrible, impossi– …the button lifts. Insert me letting my head fall backward in despair. Insert me grumbling under my breath. Insert me reluctantly accepting the challenge. 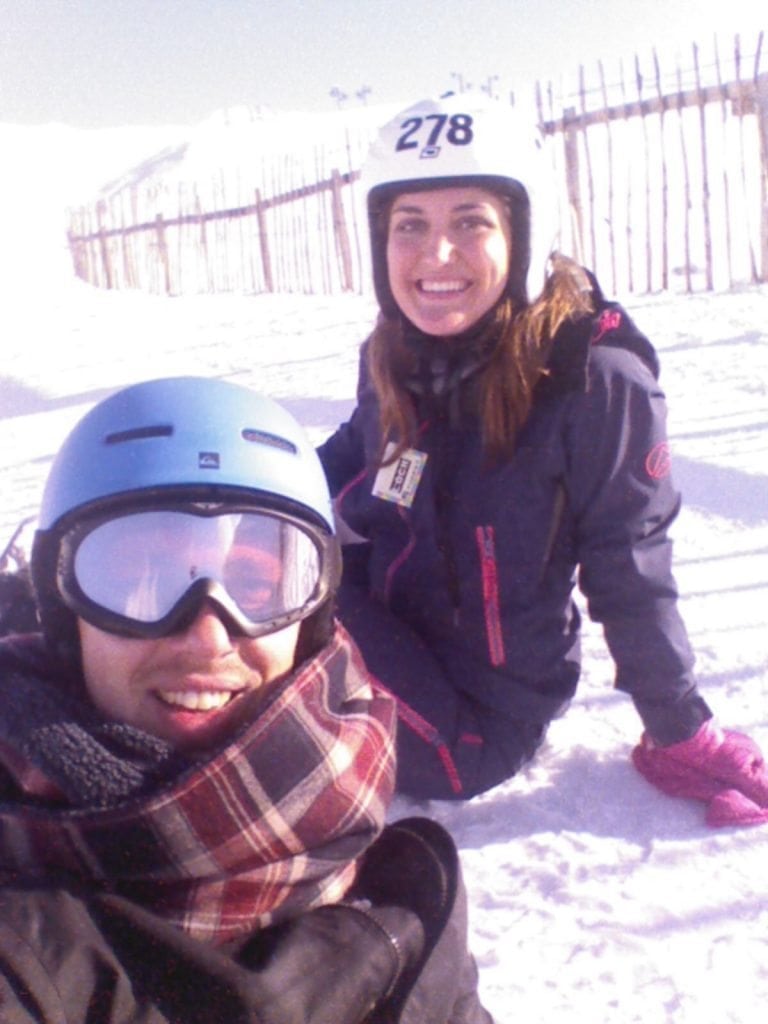 I interrupt this post to give you 3 side notes and a shoutout:

Now back to regularly scheduled programming. 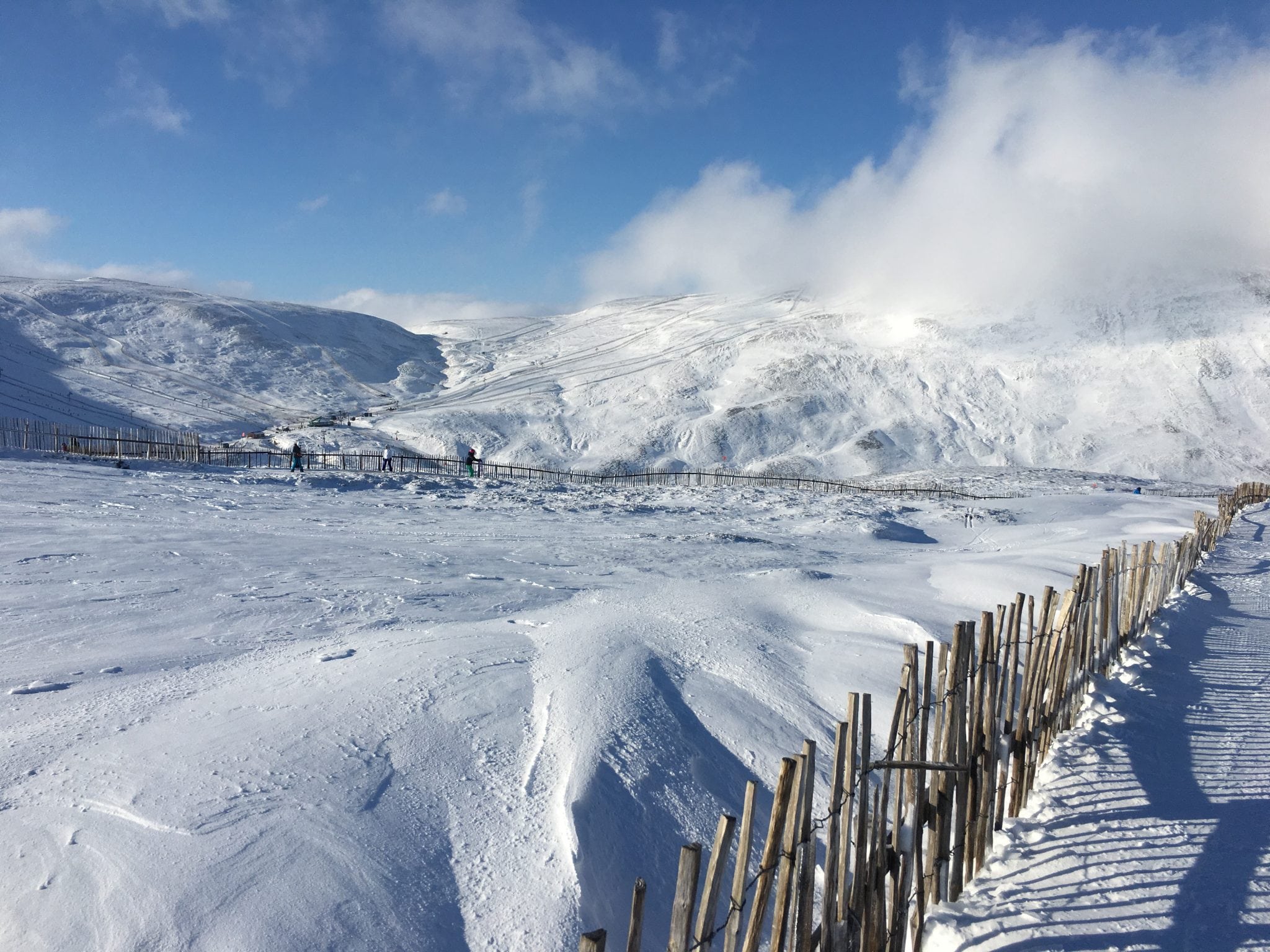 To give you an idea of what exactly was happening each time I tried the button lift, I stood with my board pointed straight up the hill and my body perpendicular looking at a stack of poles, ready for war. I only had my front foot strapped in my board so that I could shuffle my way through the queue and to the poles in the first place. I rested my back foot on my board next to the straps. I accepted my fate, took a pole in my hands, and placed it between my legs. I sort of sat/perched/squatted on the disk at the bottom of the pole that was size of a small dinner plate. The pole then blasted off, I became airborne for about 2 seconds, and I was still expected to hang onto this thing while it unapologetically pulled me up the hill. During my ascent, any time the edge of my board caught the snow, my board would turn, my back foot would slip off, the pole would keep going up the hill, and I would tumble to the side in frustration. Lather, rinse, repeat. 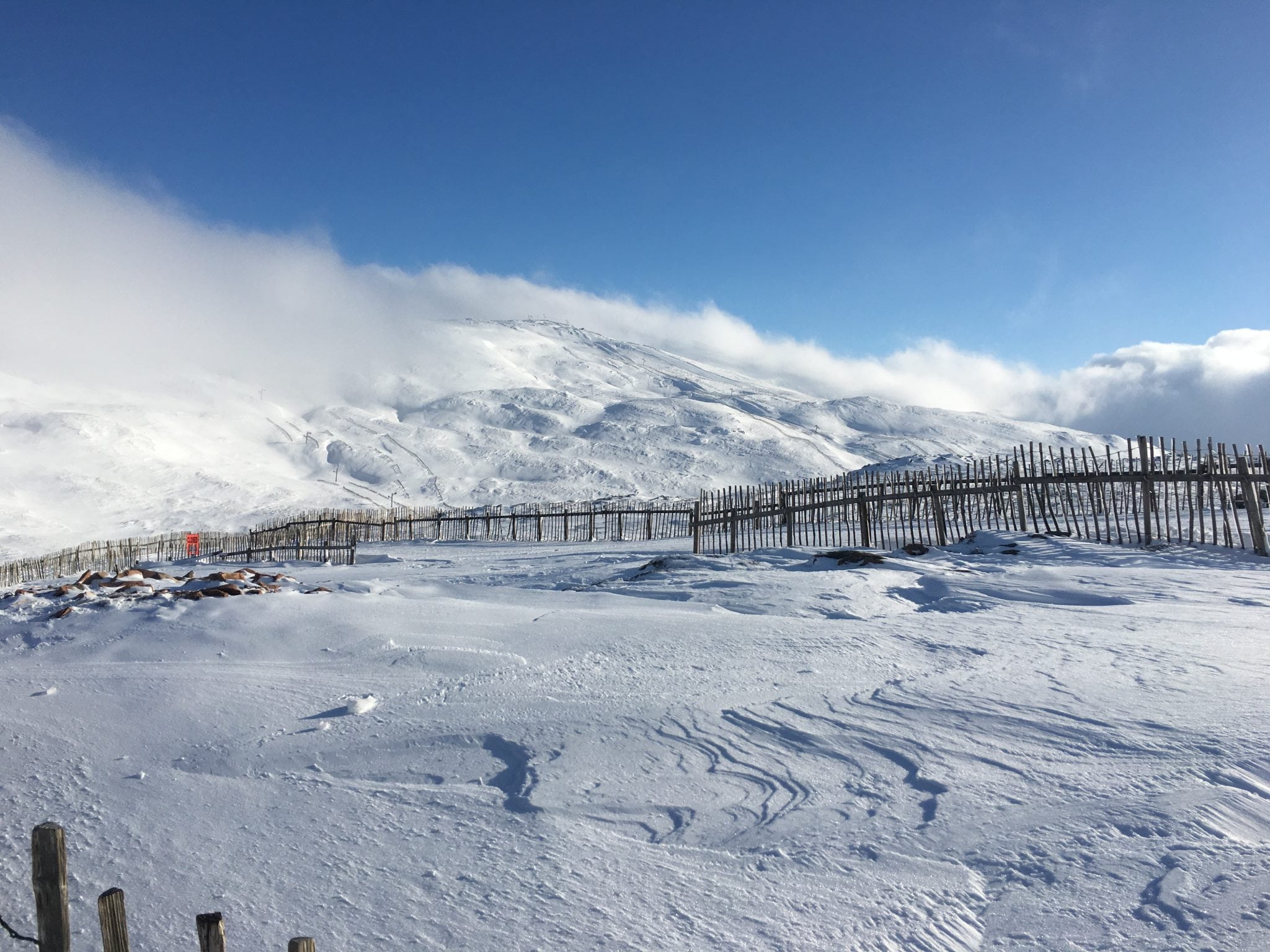 Sometimes I wouldn’t make it more than a meter and other times I would make it halfway up before falling off and walking down which, ultimately, is just as effective as making it one meter and definitely is more irritating. With the button lift, my board stayed on the snow, opposed to a chairlift where I would be seated and taking a break lifted off the snow. Am I making my preference clear? 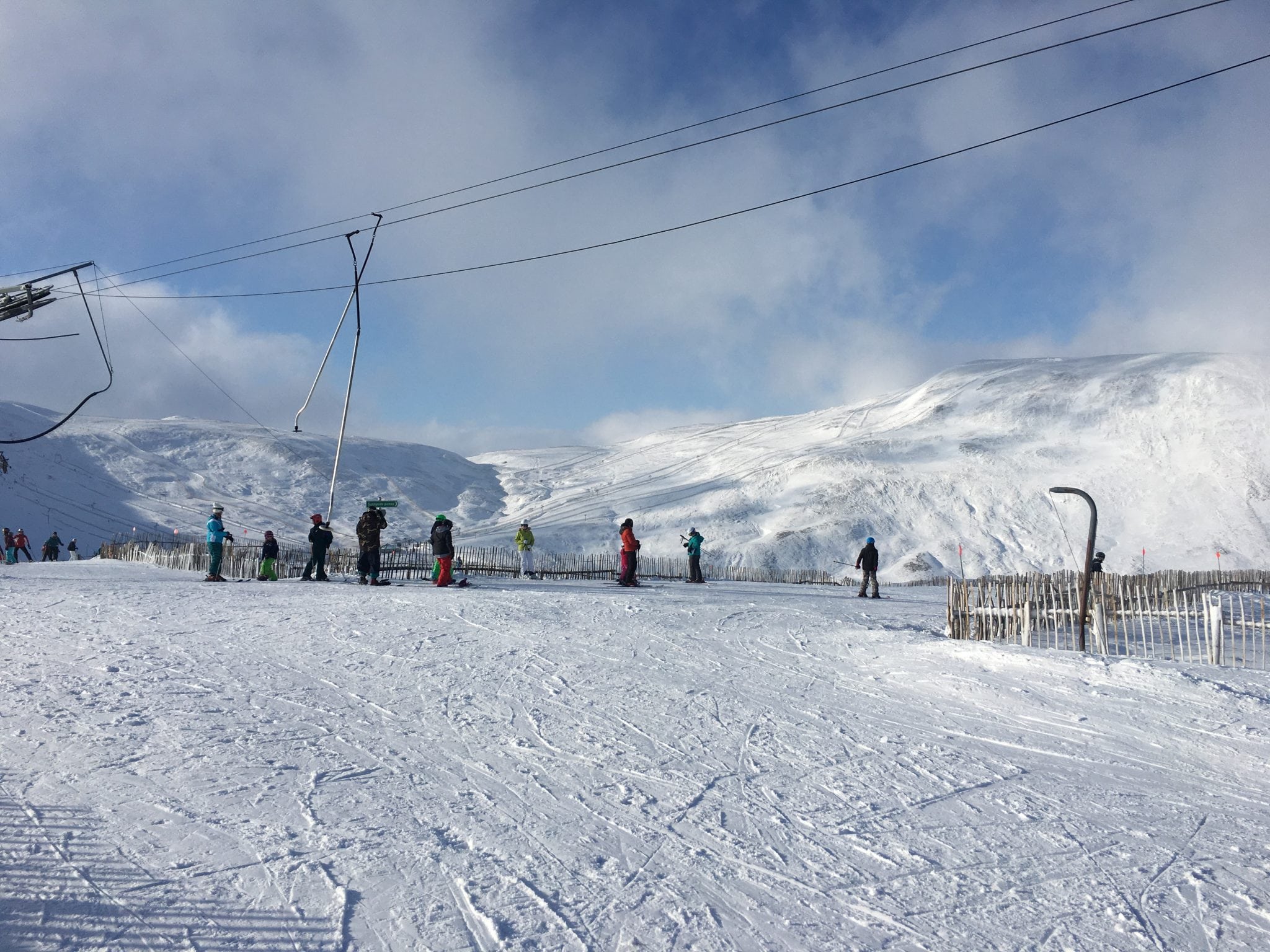 This is what the button lifts look like at the top of the hill after the rider has released themselves from its wrath. I spent a considerably longer time in line and trying to get up the lift than I did on the slope which was both super discouraging, kind of embarrassing, and definitely tiring. 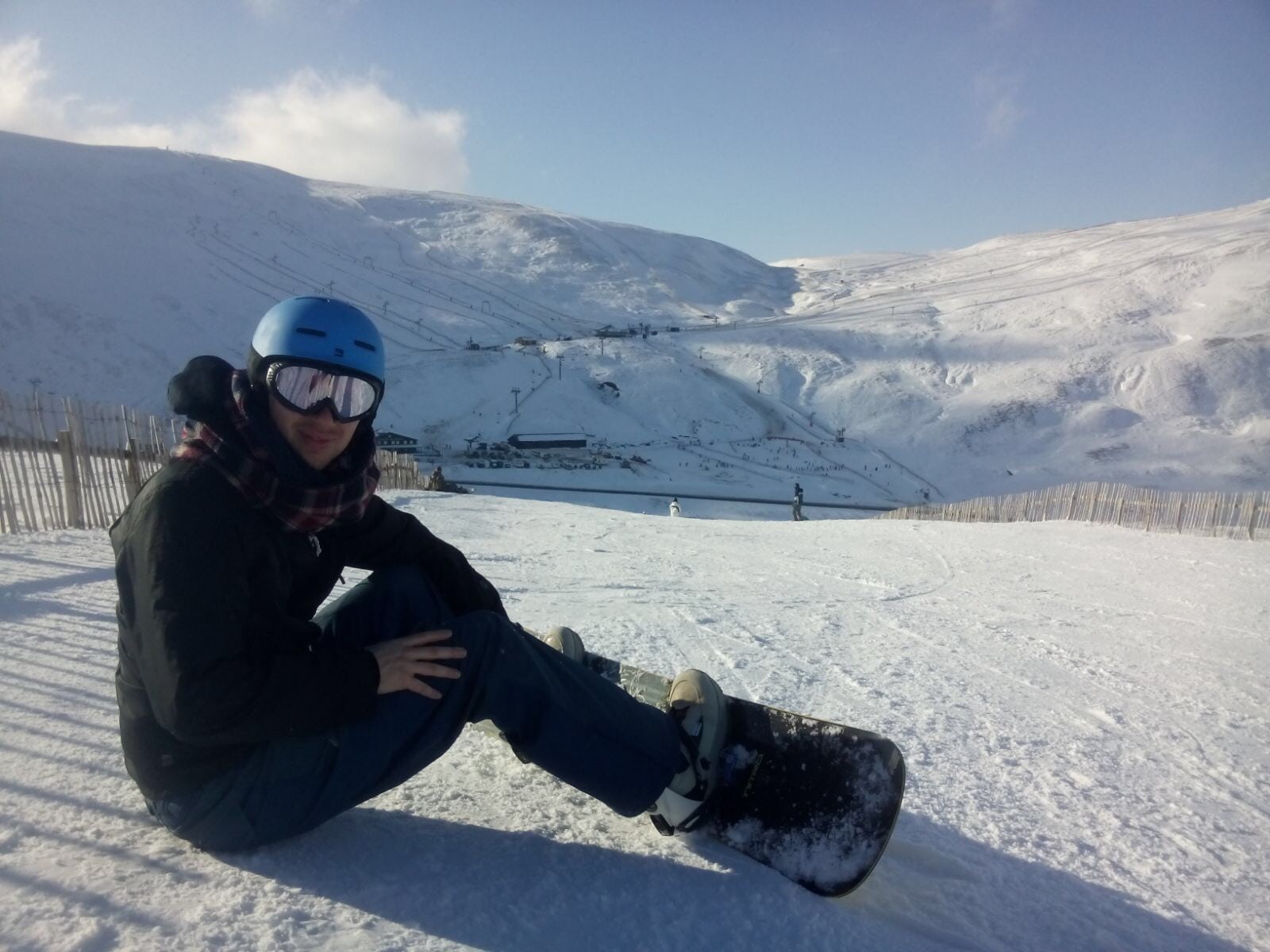 You know in the movies when a kid is out walking a dog and the dog smells a squirrel and takes off running while dragging the flailing kid on the ground behind it? Yea? I felt just like that. Yikes. I get night sweats every time it comes back to me in my dreams.

This girl gets me. 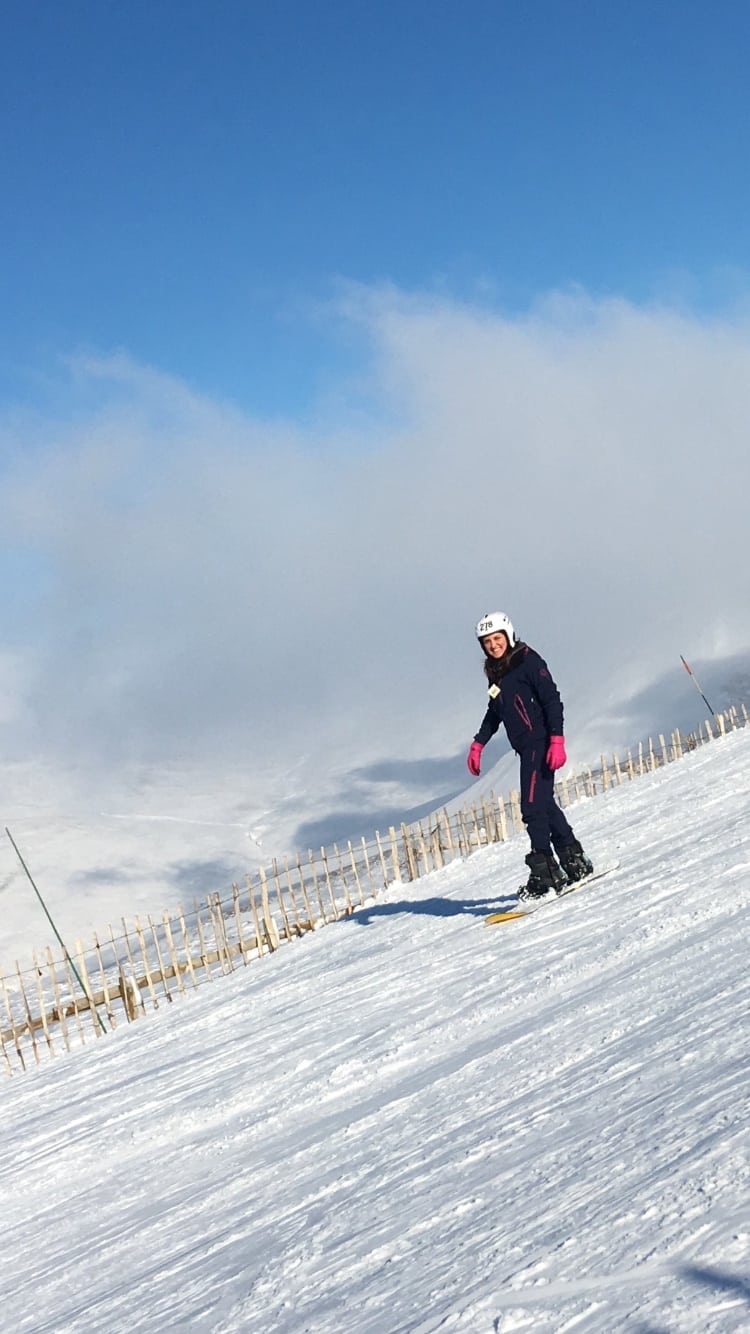 At one point, I fell off the lift halfway up and I could either get off to the side and keep walking up or get on my board and go down on the off-piste area and I chose to crawl the rest of the way up using my board as a crawling stick. People passing me as they rode the lift were kind and said encouraging things like, “You’re almost there” and it took all that I had to muster a half-genuine smile along with a less-than-half-genuine chuckle.

After a morning of me wrestling button lifts, we took a break to thaw out and refuel with lunch. I set my mind to making it up the button lifts by the end of the day and you know what? It actually happened. I was finally making it to the top via my arch nemesis which offered me a whole new world of slopes. I would take the chairlift to an area where there were 5 button lifts continuing up the mountain and I could actually go! All things considered, it was a great day. I learned to do something I hadn’t done before, something I really struggled with, and something I absolutely didn’t want to learn how to do.

I did it. Mission accomplished.