Have you ever been told that your accent changes depending on whom you are talking to? Do you dread that unavoi 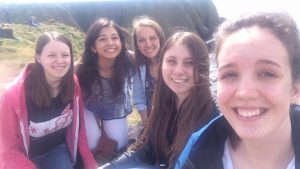 dable, inevitable question “Where is home for you?” Are your closest friends from different parts of the world? Do you often find yourself singing to songs in languages you don’t necessarily understand, and certainly don’t speak? Are you considered “The Exotic” in your group of friends? When you go shopping, do you convert prices into a different currency before making purchases? If you have answered ‘yes’ to any of these questions, then hello to you my fellow Third Culture Kid (TCK).

Now before I continue, let me tell you non-TCKs a little about what it means to be a Third Culture Kid. TCK is a term coined for individuals who have spent a significant amount of their adolescent life outside of their parent’s native culture. For example, I was born and grew up in the barren lands of the nomads: Oman, a country located in the Middle East. Eventually, my I moved to Scotland. However, by ethnicity I am a hybrid Indian. Now why do I use the term ‘hybrid’? It’s because I have parents who originated from both the North and South of India where the cultures are completely different from one another. You can probably see by now that I have been surrounded by a variety of cultures and internationally diversified experiences growing up. 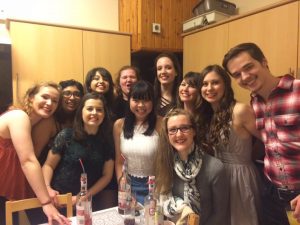 Like most TCKs, I went to an international school and consequently, was always surrounded by other Third Culture Kids. Because of this, I thought that being a TCK was normal. However, coming to university made me realize that TCKs are in the minority. For instance, I have been confused for being an American citizen because of my accent; yet, at the same time, I have also been told that the way I pronounce certain words changes depending on the person I am with. On top of this, people are shocked when I converse in languages other than English. This made me realize that the common factor between most of my university friends was that they had grown up in a place native to their parents. In other words, they viewed their passport country as their homeland and struggled 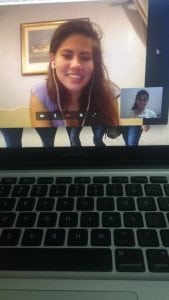 understanding how that wasn’t the case for me.

Often Third Culture Kids are associated with having a lack of belonging, feeling lost, and, or, having difficulty coping with leaving friends behind. Although all of these things may be true, and people generally focus on the cons of a TCK’s situation, they forget that there is a bigger picture. Over the years, learning to accept my situation has been a crucial part in getting over feelings of “rootlessness.” I started embracing all the aspects of being “different,” such as being surrounded by people from different cultural, religious, and political backgrounds. This has helped me become more open minded as well as develop stronger communication skills, strengthening my confidence when conversing with anyone and everyone.

Yes, it is difficult leaving friends behind constantly, but that, in no way means that the relationships formed over the years are shallow and distant—-quite the opposite! I am lucky to have close friends all over the globe which gives me a reason to visit old friends and explore new places. Moreover, it is true that I find myself shuttling back and forth between continents when needing to visit family and friends, and therefore, spending an unhealthy amount of time at airports. On the plus side, that means I can adjust to jetlag quicker. Additionally, moving around quite a bit has enabled me to settle down faster when I am in a new location. I am not ignoring the fact that I still struggle when someone asks me where my home is, but I have learnt that, for me, a sense of belonging is rooted in the relationships I form rather than in particular countries. I am not ignoring the fact that I am still ignorant about certain aspects of my home culture, but I am striving to know more and more about a whole variety of different, sometimes unfamiliar, cultures. I am also not ignoring the fact that I sometimes crave seeing my childhood friends whenever I want, but, at the same time, I have learned to make and cherish new friends wherever I go. So, over the years I have come to realize that there is no way I can change my situation, and therefore, I embrace the dynamic, travelled, culture-loving life I call my own.