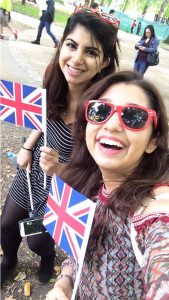 Over the past 6 weeks while I have been interning at Life Sciences research labs, I have tried to make the most of my weekends and try to explore more of the UK. So, my next stop was London. I had never been to England before this, so naturally you can imagine how excited I was. I wanted to do all the touristy things possible (basically everything that is seen in the movies). Plus, my best friend from school was doing her internship in London so I was able to knock two birds with one stone.

This trip of mine to London was very spontaneous, hence I started planning the trip quite late. Nevertheless, I still managed to get tickets for a round trip for approximately 97 pounds, and the best part was that it was a direct train 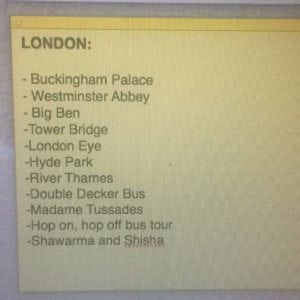 from Dundee all the way to London. With that being said, I would defiantly recommend investing in a rail card if you plan to travel around, as they really are cost efficient. Now came planning what to do in a span of barely two days. Me being me wanted to cover everything, and I mean everything (as you can see from the list that my best friend I had composed). 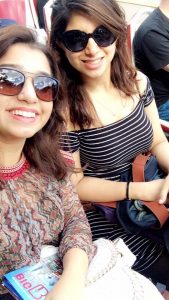 So, after my 6-hour train journey, which actually went by faster than I thought it would, I finally arrived at the very famous Kings Cross Station. Once my friend arrived at the train station to pick me up, I got my first experience of riding the very busy London Undergrounds, which was quite an experience in itself; we finally arrived at her hotel. So, for my first night there, my friend took me to an Arab joint to have Shawarmas and Shisha. Now I know you must be thinking that, that isn’t a very British thing to? However ever since I left Oman, I haven’t had a proper Shawarma and I knew that they did really good Arab food in London, and I just couldn’t resist.

After our very chill night the previous day, as I was super excited to go touring around London, I was up at six in the morning (which my friend wasn’t too happy about considering it was a Saturday). What we decided to do was take the hop on hop off red buses cause that way we would be able to cover all the main sights (but the real reason being it was the ultimate touristy thing to do!). So, as we set off in the morning, the weather was on our side as it was sunny, so we were able to make the most of the sightseeing bus too. Our first stop for the day was Buckingham Palace, which was one of the things checked of my bucket list (plus I could then tell everyone I saw the queen). 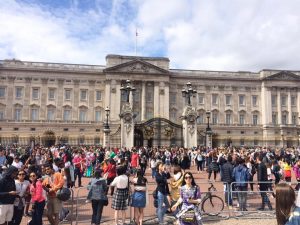 After this we went back onto the bus and went towards the London Eye. We got combo 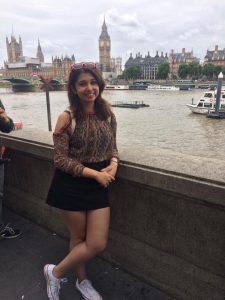 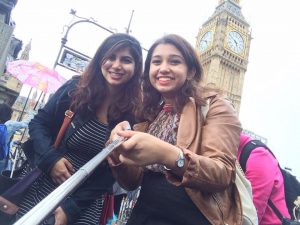 s well worth it as it was a spectacular view. After that, we went towards the famous Big Ben and then onto the London Dungeon. The dungeons were a fantastic experience based on the dark history of London and the creepy criminals of the time. After the dungeons, we went on a cruise of the River Thames (which was included in our hop on, hop off bus ticket). We then went on towards the iconic Tower Bridge, and then called it a day as we were exhausted from all the walking around. 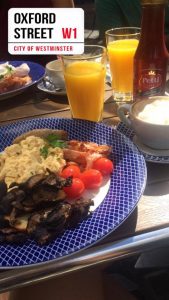 The next day, as it was my last day in London we wanted to make the most off it. So, we started the day by having a typical English breakfast on Oxford Street and then went onto the Madame Tussauds museum. I went a little crazy here as I literally wanted to be pictured with all my favourite celebrities (including the Bollywood ones of course!). After that we 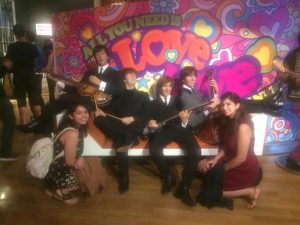 decided to go Hyde Park and just sit there and enjoy the last couple of hours I had in London. There was still so much to do and see, but that just means I will need to go down again! 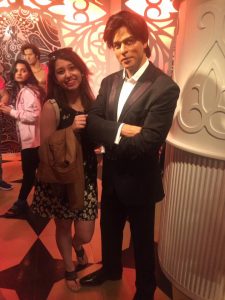 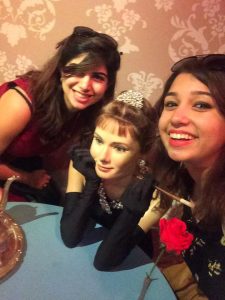 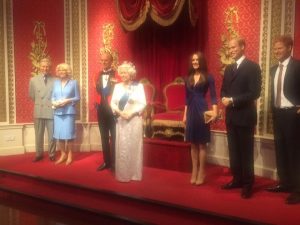 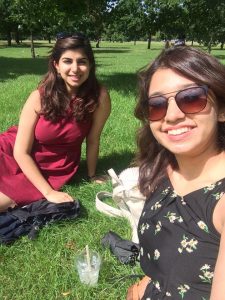