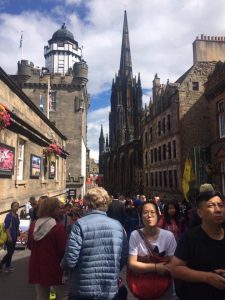 On my ongoing adventures throughout the UK, my next stop was Edinburgh. I have been to Edinburgh plenty of times before, but my main reason of going was because of the famous Fringe Festival that is currently running. The Fringe Festival is one of the largest arts and cultural festivals in the world that runs for an entire month. There are performers from all over the world, some of who are very well known and other artists who are unknown and are looking to start a career. There are all sorts of acts from comedy, theater, dance, magic shows, cabarets, you are sure to find something that suits you.

So I decided to take the train to Edinburgh, and again having a rail card came in handy, as by booking two weeks in advance I was able to get a return ticket for twenty pounds. And as far as accommodation goes, my flat mate is from Edinburgh so that was all taken care off. I arrived in Edinburgh late on the Friday so we planned to go into town the following day. We firstly started the day off by having brunch at Lebowski, as they were doing an offer where just for 19 pounds (the original cost being 39 pounds) two people could have brunch and share a bottle of Prosecco! During the Fringe loads of places have great offers on, so that is defiantly something to keep an eye out for. 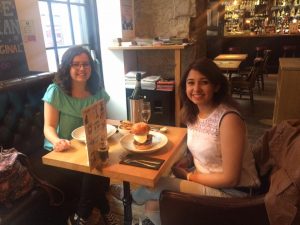 After having a great meal, we head towards the Royal Mile, and I have to say the vibe and atmosphere was absolutely amazing. Everyone seemed to having a great time, were happy and truly felt like being in a festival (plus there were so many tourists which probably helped create the vibe as well). During the fringe festival there are loads and loads of free shows which are either held in the pubs or just on the street. So my flat mate and I took full advantage of this and went from pub to pub to see different shows, which were mainly comedy (plus we even made it into a pub crawl as we were hopping from one pub to another). We also got the chance to go see a performance from one of our friends who is in Lip Theater, which was more drama based and I have to say the society put on a great show (plus all the seats were sold out!). Towards the end of the evening, we even got 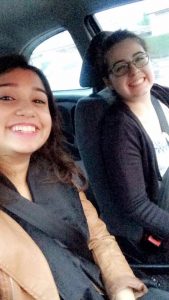 to witness a late night Cabaret Show- that was quite an experience I must say.

The next day, my flat mate and I decided to go on a road trip to North Berwick. I had only seen Berwick from the train when I was on my way back from London, and it looked like such a beautiful town that I knew I wanted to visit the place at some point. The drive from Edinburgh to Berwick was only about 45 minutes, which passed by very quickly as we had some crazy tunes that we were jiving to. Berwick is a small town, which is very peaceful and is located near the coast. 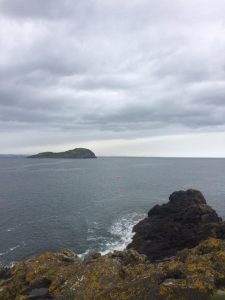 So we spent the afternoon just exploring the town, and walking by the beach. And of course as it is the UK, it started raining so we couldn’t be by the beach for long. Nevertheless, we went back in the evening, had a very lovely meal that my flat mates parents had prepared for us and went to the train station as it was time for me to head back to Dundee. 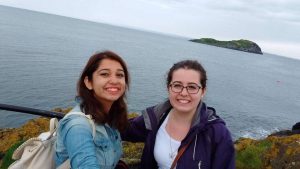