A day out in St. Andrews

Sometimes the pressures that university brings calls for a day out with your friends, just to explore and forget about those crushing deadlines for a bit. While Dundee has plenty of opportunities for days out, sometimes your desire for escape will lead you further afield. St. Andrews is a quaint, seaside student town with surprisingly much to do, despite the fact it isn’t much bigger than two streets.

Near the harbour, the ruins of Scotland’s largest Roman Catholic cathedral are open for visitors to explore. The building was founded in 1158 but was robbed of its possessions during the Scottish Reformation in 1559 and left to degrade into the ruins we see today. The site is littered with the remnants of the cathedral, including an alter table, tombs, and intricate archways. This part is free to view however, there is also a small museum located in the original cathedral’s priory where you can view stonework discovered around the area of the cathedral for a small price, in addition to scaling the 160 spiral steps up to the top of St. Rules Tower for panoramic views of St. Andrews. 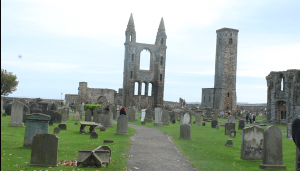 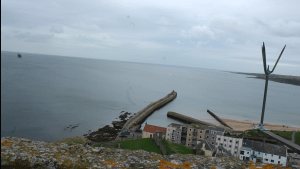 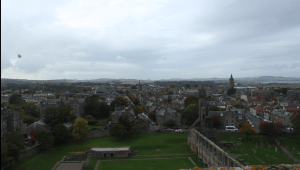 Another historically themed adventure is the castle, located just North of the cathedral. A charming ruin perched on the rocks, the castle has several nooks and crannies to explore. It was built in c.1200 and played a significant role in the Wars of Scottish Independence, frequently changing between the hands of the Scots and the English, though perhaps the most intriguing part of the castle is actually was lies below it. A seige tunnel dating from 1546 snakes deep into the ground and is accessible to the public. It is a tight squeeze until the chamber opens up, but it is fascinating to put yourself in the shoes of those who dug beneath the ground hundreds of years ago.

The castle also has its own gift shop and a small exhibit that explains how St. Andrews came to be. 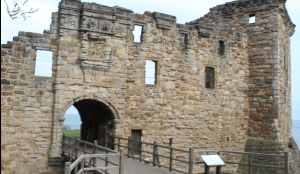 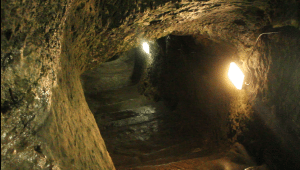 And of course it wouldn’t be a visit to St. Andrews without a stop at Jannettas Gelateria!