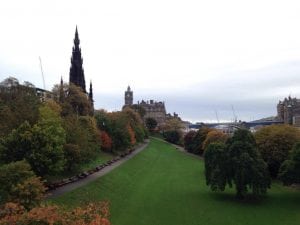 I recently took a trip with the photography society here at Dundee (DUPS) to Edinburgh – what a whirlwind.

I think I saw more in two days than some people get to see in a lifetime of living in Edinburgh, but that just be because people who live in a place think they have all the time in the world.   As a Canadian, I think we have the same problems – when you live in such a beautiful place alongside all the affirmations of said beauty, you kind of just take it for granted.

We took a midmorning bus from the train station here in Dundee, to the Edinburgh station off Princess Street.  Even the drive into the city centre was a treat – so many cathedrals and old buildings to look at (again, as a Canadian, we don’t have that many).  A small group of us first arrivals walked up through the Royal Mile to Edinburgh castle, which was a lot of steps I should have been expecting, but it was entertaining.  Bagpipe players songs rang out from every nook and cranny around us, and sometimes they just texted on their phones. 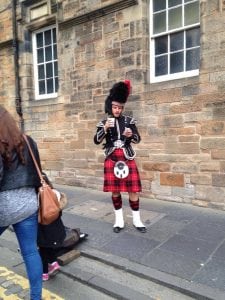 For those of us who are Harry Potter fans, the group of us ended up passing the Elephant House, where JK Rowling wrote out her first drafts of the novel. Fan moment. 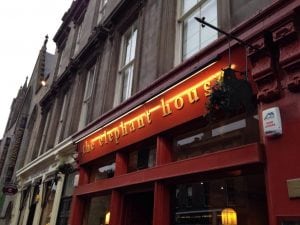 There were 35 of us, and we ended up staying at the Belford hostel arranged by our president & the photography committee – after a full day of half-way to literally running around Edinburgh to get to Arthur’s seat (which we did not make it in time for the sunset- damn the passing of time) we had a fun night getting to other group members with ‘forced’ ice breaker games.

The next morning we got up at 6 and -again- did a very fast run/walk to Calton Hill to catch the sunset.  I ended up taking some gorgeous photos that I have yet to edit – grad school is hard, guys! I have more work than I know what time I have. Also there’s this thing called Netflix. Calton was gorgeous, and the hike was protested 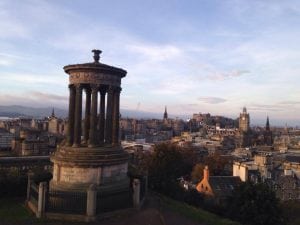 by my calves, but so worth it.  The views of Edinburgh from that vantage point can’t be compared, and when I get the chance to edit and go over the shots I did take I’ll be excited to share those at a future point.

During the day, one group of us declined the hike up Arthur’s seat (led by me – I’d walked a hole clear through my boots the day before somewhere in Dean Village) and the other (me + 5 others) went and sat in Starbucks to wake the hell up, because it wasn’t even 8AM.  We walked Princess street, and attended the National Gallery of Scotland. Any art lovers who have not yet gone, I highly recommend – there’s a small section of the gallery dedicated to Impressionism, including some gorgeous Van Gogh’s and Monet, along with Gauguin, and John Duncan, and new one for me. 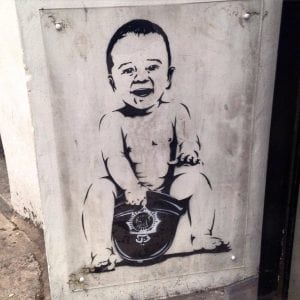 The day ended with a pub trip to The Conan Doyle, which was SO GOOD. Please, just go and enjoy the ambiance and the beer before going home, it’s all completely worth it. Plus, there’s a little Banksy mural hiding across the street- again, art lovers, go have fun. It was a wonderful trip, and I’m looking forward to more of them with the DUP society in the future. 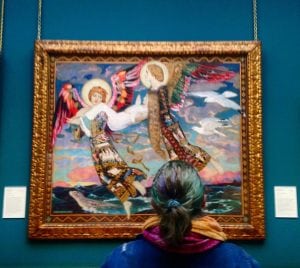