As I’ve mentioned in a few of my previous blog posts, there’s a lot more to university life than just studying and exams. University societies are a big part of this. Dundee University Business Society (DUBS) decided to start the new year with a bang and arranged the trip of a life time to the city of Prague. While we were there we experienced lots of the local culture, such as traditional foods, historic buildings, and the amazingly cheap price of a pint of beer.

Around 40 of us departed from Edinburgh airport on the Tuesday evening and arrived in Prague after a short, 2 hour with enough time and energy to visit a few local bars. Throughout the trip we had a few pre-made plans, but tended to visit the sights at our leisure.

For me, the Lennon Wall was a particular highlight. What used to be a normal wall became filled with John Lennon inspired graffiti and lyrics from Beatles’ songs around the 1980s as a form of political protest. Now, even though a lot of the original graffiti and ideology has been lost, it remains an ever-changing, informal canvas of ideas and expressions from people and artists around the world. 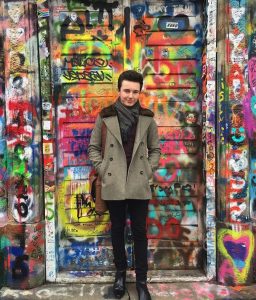 The Old Town Square was also pretty cool, bordered by lots of cute bars with outdoor seating (and heaters) to enjoy a hot glühwein with views of the historic town hall and twin spires of the Tyn Church. On the side of the town hall is also the oldest functioning astronomical clock in the world. 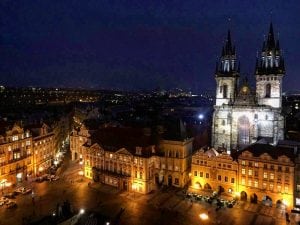 Some other highlights for me were St Vitus Cathedral, located within Prague Castle, as well as the Dancing House. Both represent totally different types and eras of architecture but are impressive in their own way. 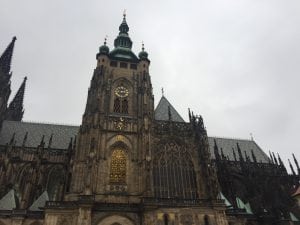 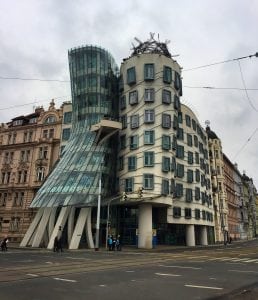 After 4 nights in Prague, having bagged all the landmarks and feeling a bit sorry for ourselves after a bar crawl too many it was time to leave. We arrived back to Edinburgh on the 13th ready to start the new semester on the 15th.

DUBS’ next major event will be the annual ball in February, our biggest and busiest event of the year, meaning there’s still plenty to look forward to.