Protip: when booking a flight, make sure the dates are right. 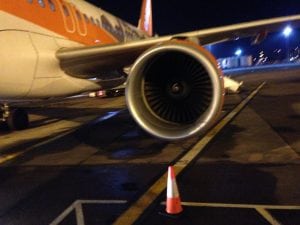 Protip 2: when dealing with airlines, never forget that they are pirates.

Got that? Cool. Go to Amsterdam.

Started off in Scotland and had to make it to Southend airport, almost missed our bus to London, got stopped at the gate while boarding (I am not happy with airlines employees at the moment) and finally ended up in Holland, but started in Haarlem. 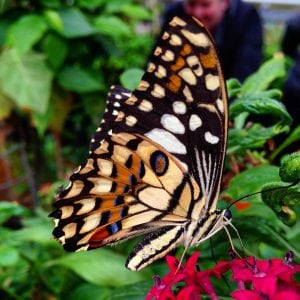 If you get the magical chance to go to Holland, I implore you to go. No ragrets. 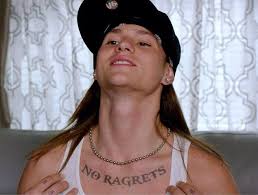 Landing quite late, we stayed our first night in Haarlem, a gorgeous little area just outside of Amsterdam where I got to begin my acquaintance with the many cat friends I’d made.  As it was late, barely anything except coffeehouses and bars were open, and in true “END OF THE SEMESTER” fashion (aka ‘fuckit’) we went to a coffeehouse called Maximillian’s, and the experience was awesome. 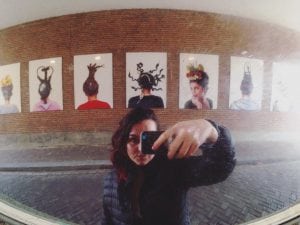 After staying at the “We are Local” hostel in Haarlem for the night, we adventured through the city in the morning, eating at the Native Cafe before training in to the city of Amsterdam.

I fell in love with everything.  The canals were beautiful, and the houses were so eclectic and even strange in some areas, it couldn’t be helped. Before traveling, I purchased a 96 hour Amsterdam card for 94 euros, which covered over 50 museums, gave discounts at certain restaurants and venues, included all forms of public transit and even had a canal ride included.  I used that card for all it was worth, and even ended up doing the math, I ended up saving over £120.  Worth it. 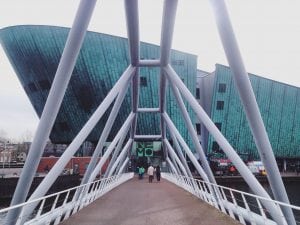 As for museums, I went to as many as humanly possible that time permitted. We began on our first day lightly, especially after all the traveling the three days beforehand with Rembrandt’s House, which has been converted into a 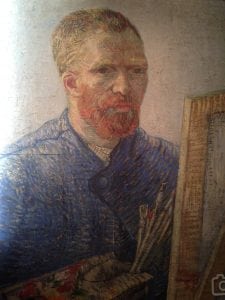 museum. It is incredibly preserved, and showcases the living practices and arrangements at the time of Rembrandt’s life, including his oddities room with hundreds of interesting trinkets, from hundreds of shells and bones, to massive geodes and spinning wheels. Other museums we attended were the Allard Pierson museum (archaeology), the Stedelijk Museum (modern art), the Nemo Museum (science museum, more for kids though), the Hortus Botanicus (go to the Butterfly greenhouse!!), the Heritage Museum of the Dutch 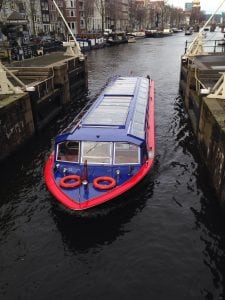 Masters, the Outsider Museum and Gallery, and the best of all, in my opinion was the Van Gogh Museum.  Had my trip been awful every other day I was there, the Van Gogh museum would have made it all worth it – but it was great, so no worries.

The food- amazing. The restaurants available everywhere in 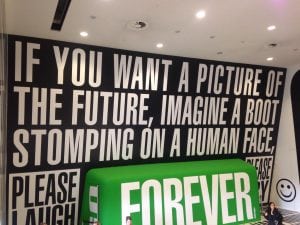 Amsterdam were phenomenal, there wasn’t one place we went to eat that wasn’t delicious (outside of the city is a different story).  One restaurant we ended up going to twice, in the Red Light District (also where our hostel was!) called Dim Sum Court – if you go to Amsterdam and get a hankering for amazing Chinese food, go here! It’s crazy affordable, and right in the dead centre of a very cool area worth exploring. 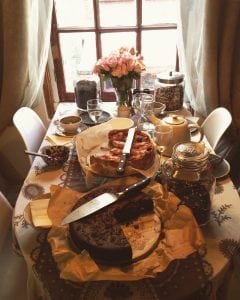 So much happened, and I don’t have a vocabulary good enough to convey it. Go to the Dampkring, fall in love with the barista like I did, go to the Einst Kleinst Huise, get yourself some amazing tea in the narrowest shop in the city, get a coffee from one of the many amazing coffeeshops and coffee houses. Run like the wind, bulls eye. 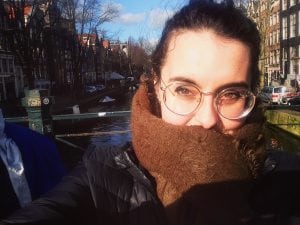