The Reality of Moving across the World

Moving to Uni was probably one of the biggest things I’ve ever done. I grew up in the capital city of New Zealand, half a world away! I was about 14 when I decided I wanted to move to Scotland to come to Uni, and it didn’t take me long to realise Dundee University was the place to be! The reality of my decision really hit me about a month before moving day. In comparison to a lot of my friends, who went to Uni in our hometown. I had 4 flights, 27 hours of flying, 12 hour time change and a different hemisphere ahead of me. I was quite nervous as it was the furthest I had ever travelled by myself and there were so many unknowns on the other side!

First things first, was figuring out what to pack! I had lived my whole life in the same room, of the same house practically since I was born. If you’ve never cleared out your room since you were a kid, it’s amazing how much you can hoard in 18 years, which I now had to pack into 2 suitcases! 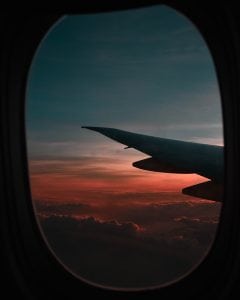 Unexpected thoughts come into your head when flying out of your home airport, I wasn’t sure how long it was it was going to be until the next time I would be back!  When the air hostess was announcing the safety procedure, I found myself wondering when the next time I would hear someone speak with my accent,  and where that would be.

I think the most fascinating thing about flying into 3 continents in the space of 2 days, is the realisation of the amount of diversity there is in the world. I also discovered that no matter where you come from, it seems there is a universal rule for every person, in every flight, to crowd together in the same 3 square feet when collecting their bags from the carousel. The biggest obstacle about getting from one country to the next is not customs, but fighting past 200 people standing between you and your bag slowly drifting away from you.

Coming across the Tay Bridge for the first time, with sun shining and no clouds in the sky, is something that is hard to describe. But if there was anything to make up for  the jet lag and no sleep, that was definitely it. The reality of what you’ve managed to achieve comes into perspective when you finally arrive, and see where you’re to call home for the next few years. The miles shrink into nothing and you become immersed in your new surroundings. The accents are different and the buildings are all older than most of my country! Once you’ve settled in, the most important thing on everyone’s mind after being on Airplane mode for the last 2 days, is where’s the nearest WIFI?!