Scotland contributed to the world some groundbreaking inventions. Watt’s steam engine, telephone, pedal bicycle, and television, to name a few. There are some grand engineering achievements here too, a few of which we visited today with the photographic society.

First, we headed into Falkirk, a Lowlands town surrounded by petrochemical facilities and power plants, and also home of the Falkirk Wheel – the first and only rotating boat lift. But before getting there, we made a stop by the Kelpies, a set of horse-head sculptures, welcoming Falkirk’s visitors arriving from the north. 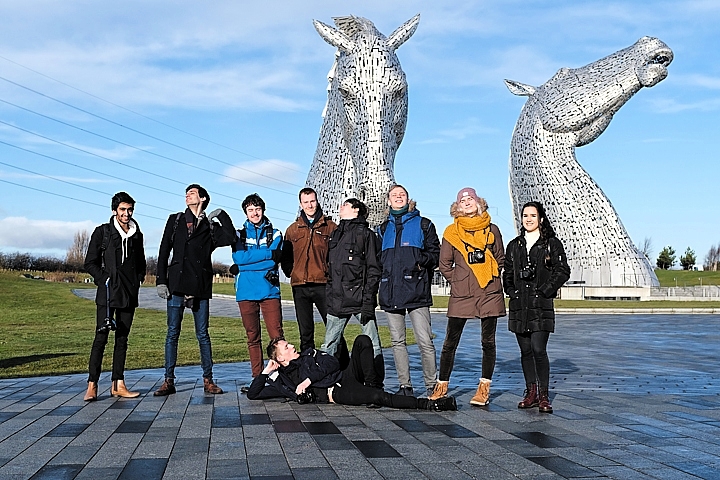 We scored beautiful weather, walked around the 30-metre-high structures, and had breakfast in the local visitor centre.

The Kelpies sit at the eastern tip of the Forth and Clyde Canal, which connects the west and east coasts of Scotland. Further up the canal is the Falkirk Wheel – our next destination. 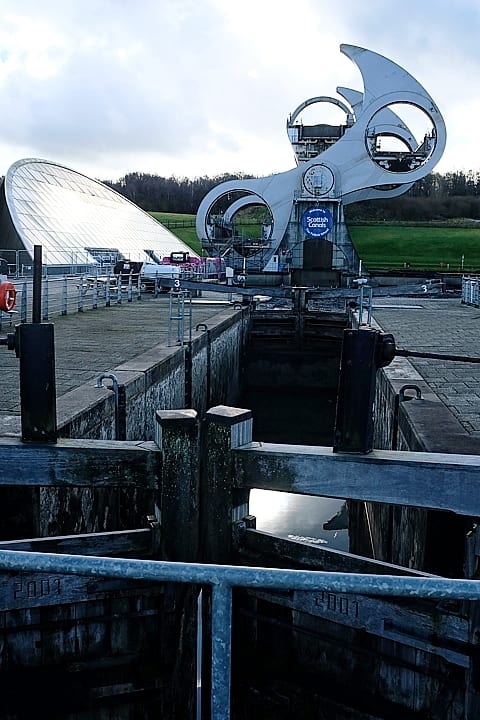 Stylishly designed as a double-headed Celtic axe, the wheel can turn and move two 50 tonnes boats 24 metres up or down in under five minutes. And thanks to clever engineering, the whole turn takes roughly the same power as eight boiling kettles of water.

The wheel is undergoing a reconstruction over this semester, so, unfortunately, we didn’t see it spinning. But no bother, there were plenty of other opportunities to play with cameras… 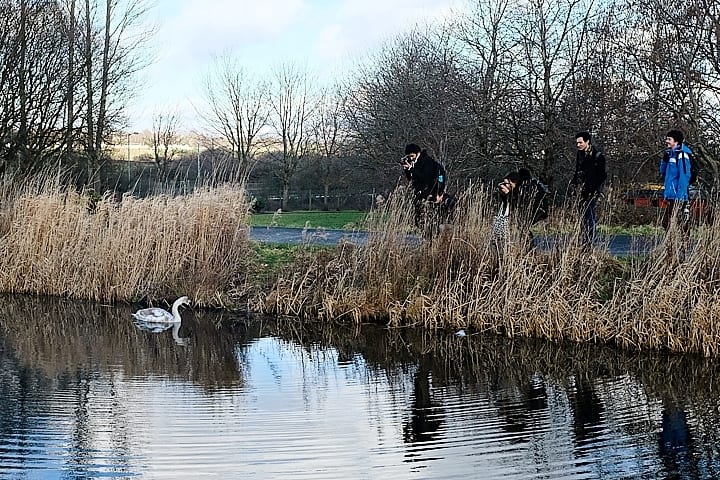 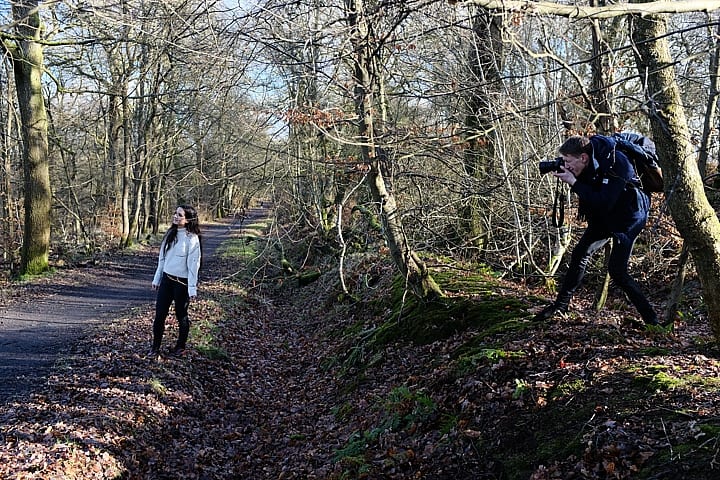 ..which resulted in smiles and laughs. 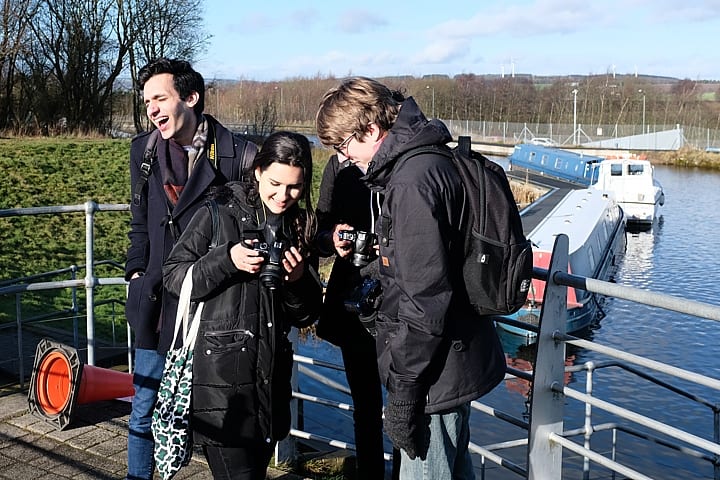 Eventually, we moved on further east to the Firth of Forth, where are three magnificent bridges. 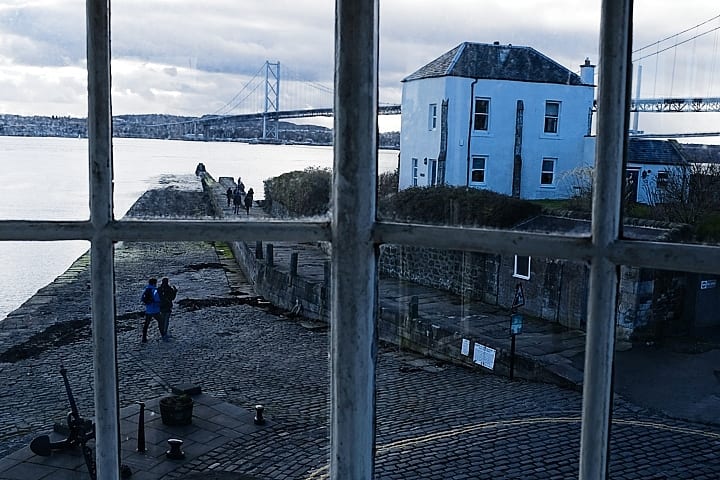 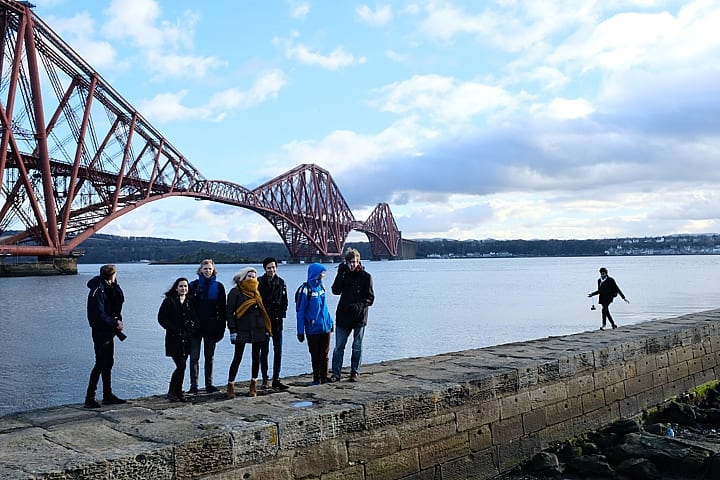 Each from a different century, each very cool.

And if you are interested in more Scottish inventions, why not visit the VA Dundee, they have a great exhibition about influential Scottish design.