A meltdown struck Scotland, and I together with friends from the hiking society headed to the northwestern tip of the Loch Lomond & The Trossachs National Park. Departing before sunrise, the road was mostly empty and fun to drive. 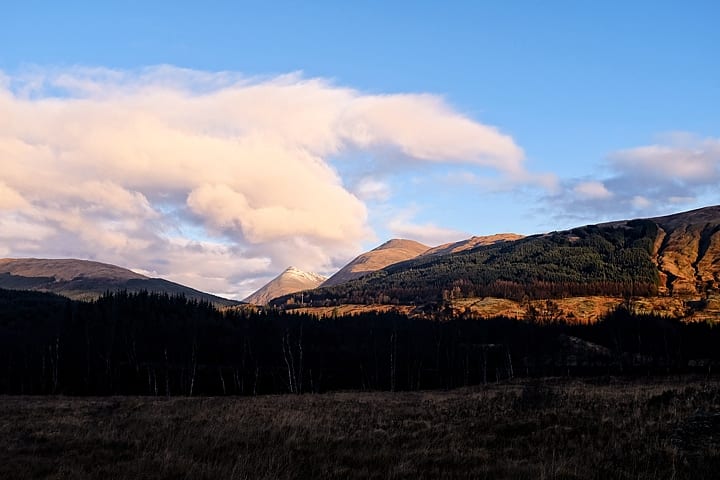 Daylight eventually exposed some blue in the sky, and once at the parking lot, sun rays shone the surrounding hills already. 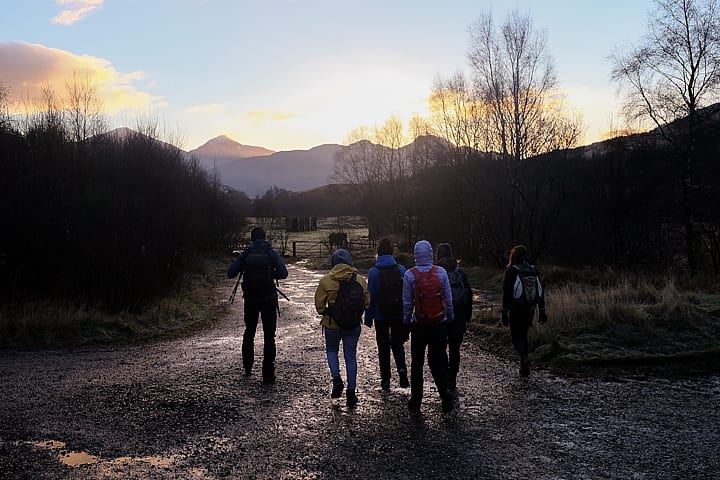 “Right, today will be a good one,” I smiled as we left the car. The trail surprised me with its good shape; there is even a wooden bridge spanning over one of the rivers, so no fording is necessary. 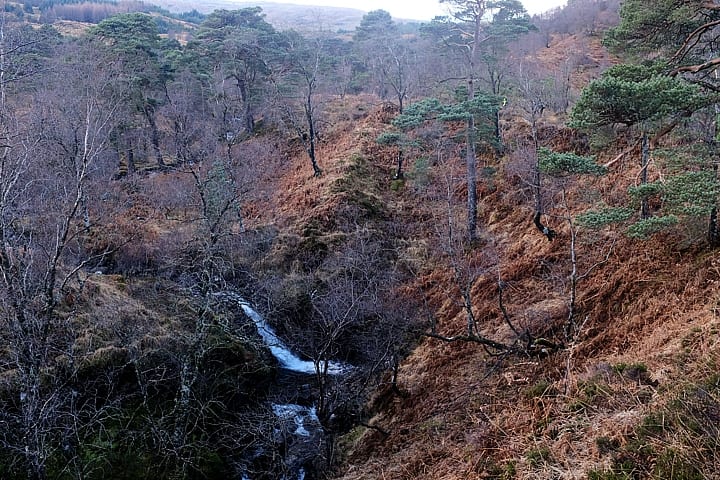 However, the environment the path goes through was rather soaked, so while there’s no need to wade through a river, one had to pass numerous bogs. This then was like a minefield, where you had to pick a good line confidently – otherwise, it would be an instant bye-bye to your shoes (and the few spare pairs of socks you hopefully had).

The higher we got, the drier the terrain was. And rising elevation also revealed some outstanding views on the local landscapes. At one point, soaked soil changed to moist, and eventually to frozen. When I saw that the stream which flows along the trail is about to disappear, I refilled my water bottle, and a few attitude meters further, we were in a new world: Nothing but ice, rocks and some exquisite views on the valleys below us, and the other mountains that are rising from it. 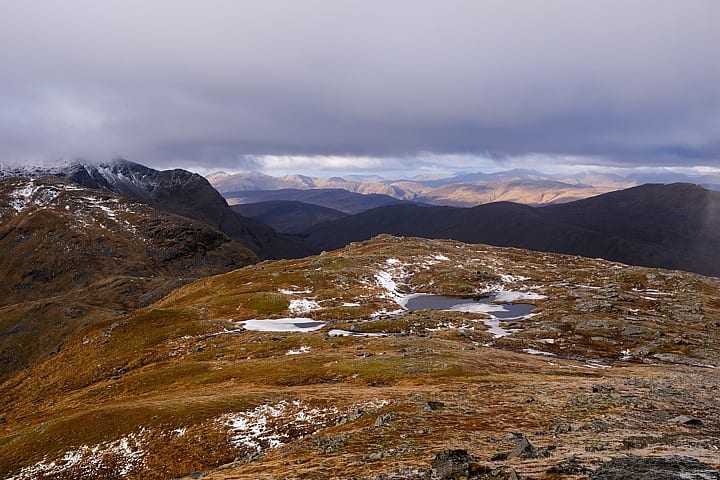 As winds propelled the partially cloudy sky in speed, shades of the landscapes were changing faster than a blink of an eye.

Technically, one could just sit at one place, and get different views all the time. But, the cold prevented us from putting this into action for any longer than a quick lunch break – which we did on the Beinn Dubhchraig, a mountain just a small diversion from our path. Since we were here already, might as well scale it too. Then, it was time to get down to business… 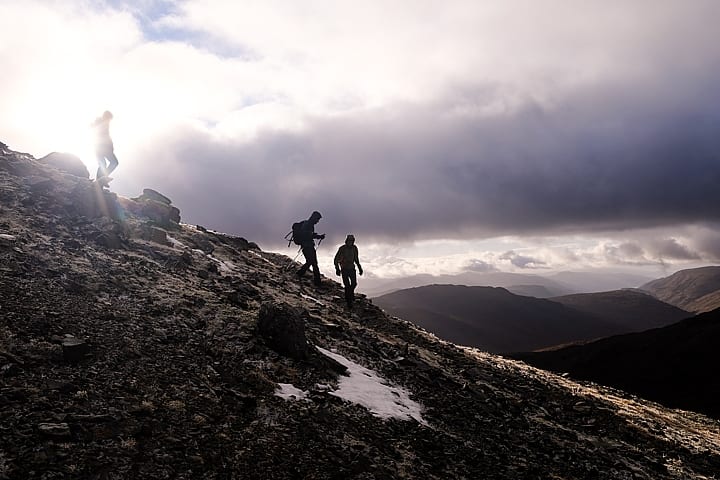 ..and up the Ben Oss. As per the whole day, the path was encircled by breathtaking views. 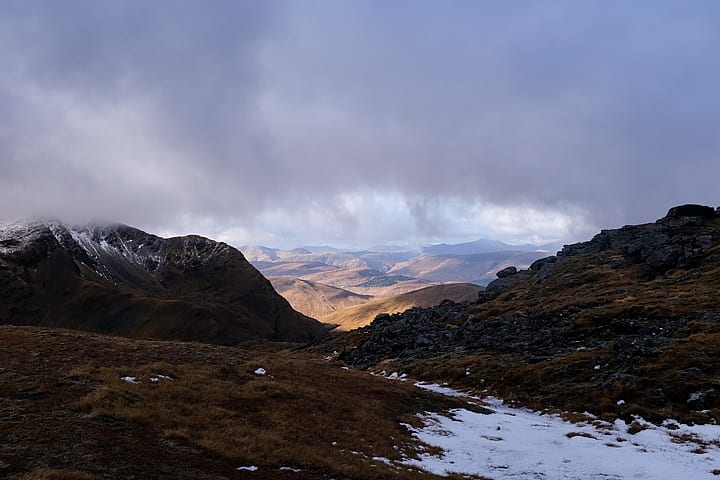 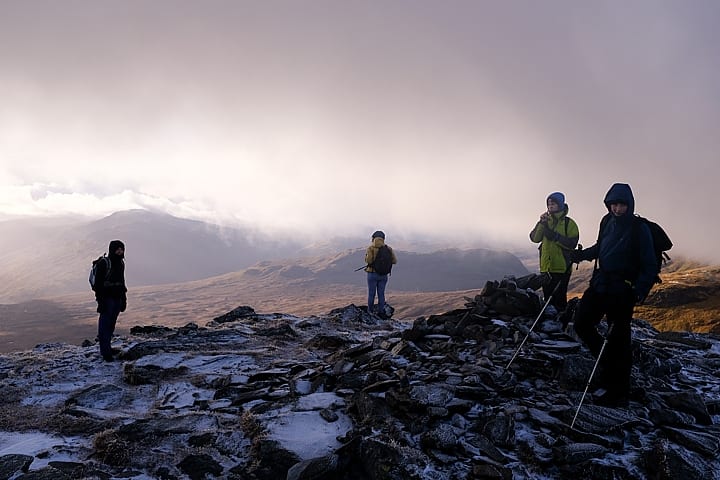 The summit of the mountain was windy, and just a few meters above us was a thick cloud, which erased the tips of peaks around. Still, what a show: 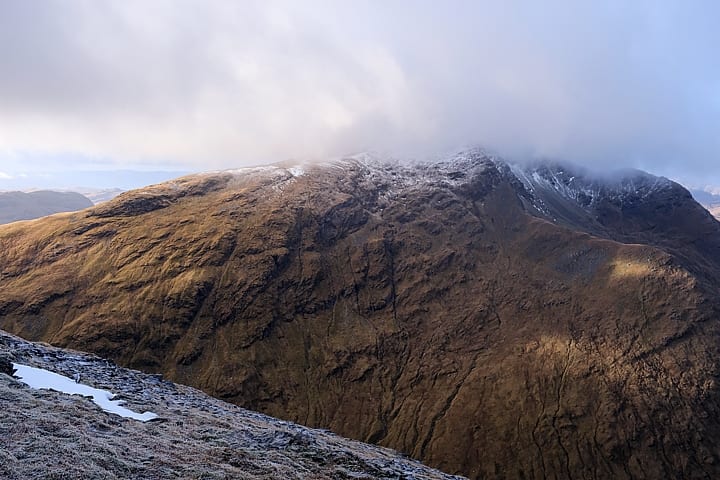 Ben Lui. It looked like some massive animal with rough skin. A scene out of this word.A Few moments of admiring, then we started our descent. 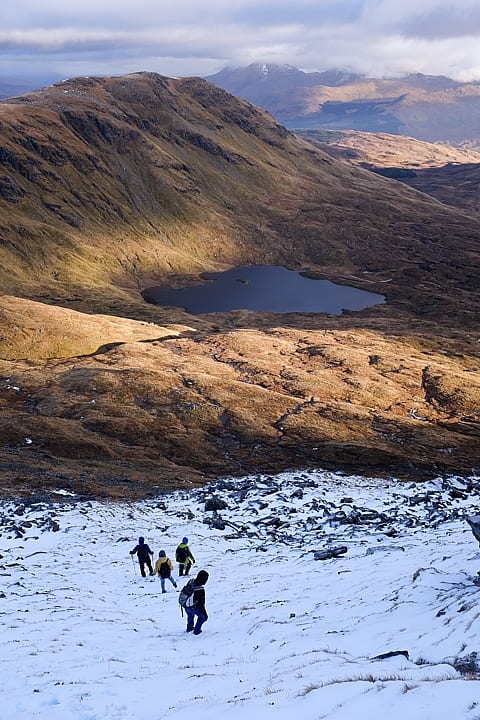 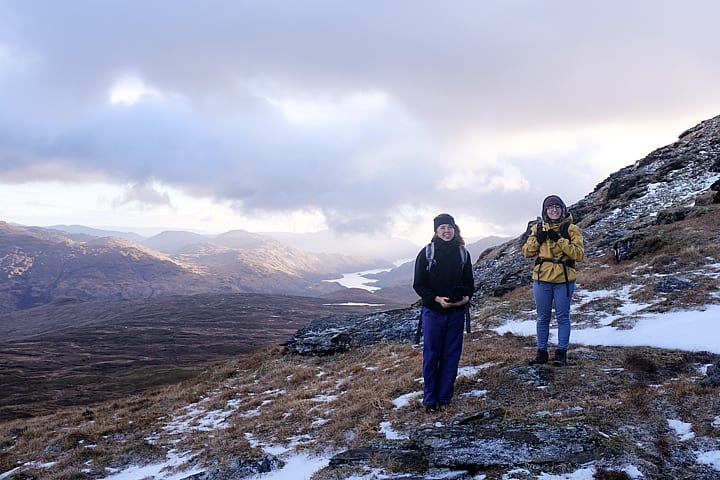 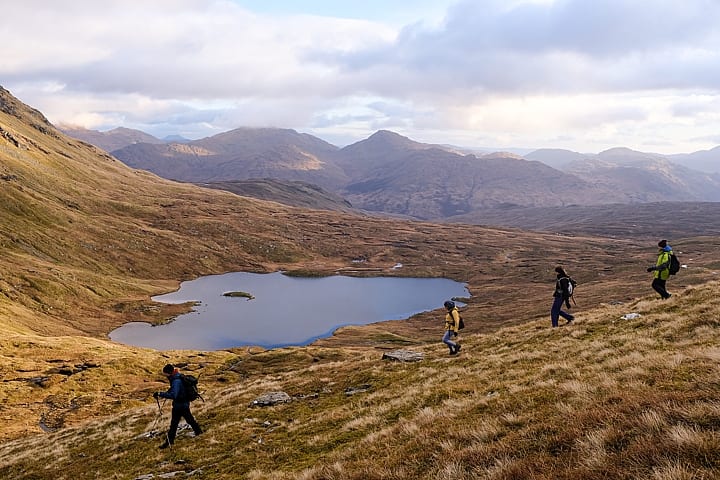 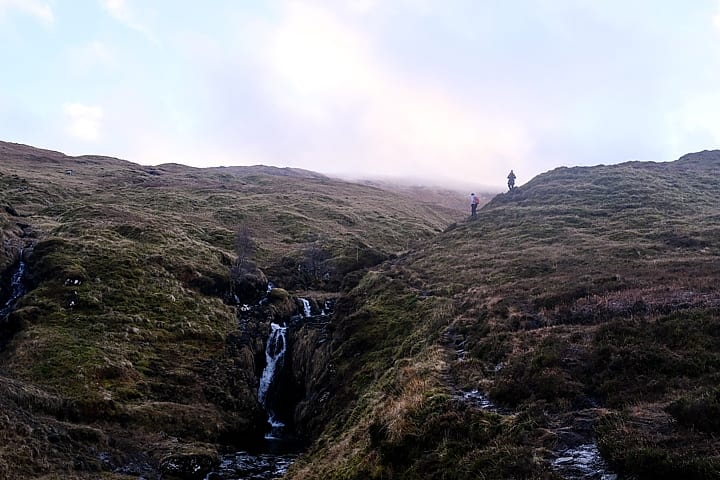 As we were getting down the slopes, so was the sun – the day was approaching its end. 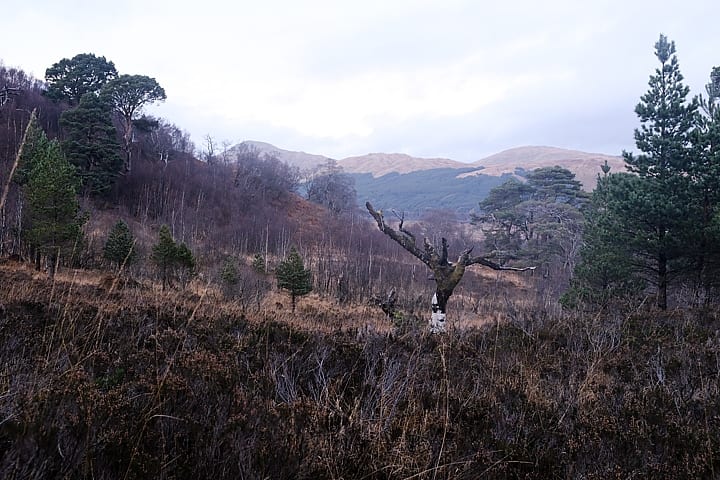 But we were in no rush, and making the most of the daylight, enjoying crooked trees, large anthills and the fresh, but warmer air of the low portion of the trail. The timing was perfect, as we reached the parking lot just before the light went away completely. Now just drive back home…

People sometimes ask me, why do I keep returning to the Highlands. “Isn’t that get old?” Well, no. It might be the same mountains, but the conditions are never the same, offering new adventures each time. I don’t think this will ever get “old” to me; there is magic in it.

If you liked this article, check out some of my previous journeys to this area, such as: