It’s well known that Dundee is famous for the 3 J’s, Jute, Journalism and Jam! You’ve probably noticed that Dundee has a huge amount of old factory/mill buildings. Many of these lie empty, while others have been converted into hotels, office spaces, and residential flats. As a history student, as part of my course at university, I’ve had the opportunity to study and analyse Dundee’s industrial past. 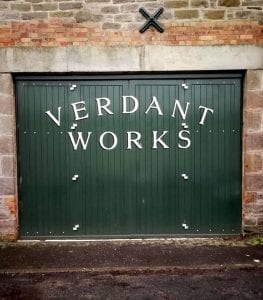 The city of Dundee has a fantastic and vibrant industrial history, with links with countries all over the world including India. Jute, a vegetable fibre from India, was one of the reasons for Dundee’s industrial past. The jute industry in Dundee flourished in the 18th century, after it was discovered in 1830 that treating jute fibres with whale oil made the fibre soft and workable. Whale oil allowed for the spinning of jute, a material which was ideal for the production of a variety of goods. As Dundee had a thriving whaling industry throughout the 19th century, whale oil was widely available, and so the city was an ideal spot for the jute industry to flourish. Moreover, due to Dundee‘s whaling industry, the city used their ship building knowledge to construct a vast fleet of ships, ready to import Jute fibres from India. Dundee mill owners, who has previously worked with Flax, were enthusiastic to make the switch from Flax to Jute, due to the cheapness of the fibres. Also, since Dundee’s mill workers had gained skills and experiences from the spinning and weaving of flax, this was an easy transition, as they had the skills needed to work with the fibres. By 1900, there were over 100 working jute mills operating in the city. By 1911, a huge 40.4% of Dundee’s workforce was employed in the jute industry, totalling around 31,500 people, demonstrating the important impact that Jute had in the city. 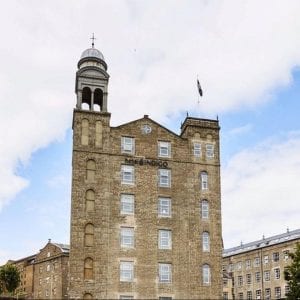 Today, although many mill exteriors remain standing throughout Dundee, the majority of these have been converted into hotels, offices and residential areas, or lie empty. For example, the newly opened ‘Indigo’ hotel has opened in a former mill building, with traces of the factories industrial past throughout. Yet, a small handful of working mills remain in the city. Verdant Works is one of those that has been preserved as a working mill. 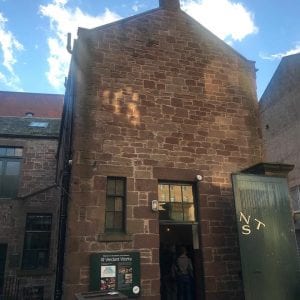 Verdant works Verdant works was built in 1833 as a small flax mill. However, like other mills in the city, the mill replaced flax with jute in the mid 19th century as a cheaper, more profitable product. In 1864, the factory employed 500 workers. While Verdant works was not one of the major jute mills in the city, what’s so special about Verdant Works is the fact that it has been maintained and preserved with original machinery and furniture, and so gives a real insight into Dundee’s industrial past. Today, Verdant Works is a museum, and has been owned by the Dundee heritage trust since 1991. Located tucked away in the quiet West Henderson’s Wynd in Dundee, it’s been described by many as one of the cities hidden gems. 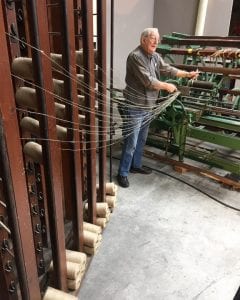 On the ground floor of Verdant Works, former employees are on hand to demonstrate how the Jute machinery worked, and the process that Jute fibres went through to make a manageable material. Witnessing this demonstrates how the mill operated, and the dangers workers faced. Being exposed to the sheer noise of the machinery left many employees death. Also, at the museum you can learn about the impact that the Jute industry had on the population of Dundee. For example, why was the average life expectancy in Dundee only 33 years old? Informative displays throughout the museum highlight the significance that women and children played in the jute mills, who accounted for 70% of the jute industries employees, while men in Dundee were nicknamed ‘kettle bikers’.

If you’d like to visit the museum for yourself, concession tickets cost £8.95