In October 2019, I attended a Facebook Analytics Academy in the London Facebook HQ. As expected it was a very hip and high-tech office with colourful interiors, vintage coke machines and game rooms. All the participants were given breakfast once we arrived, we had the opportunity to socialise with other attendees and there were unlimited snacks and drinks throughout the day! 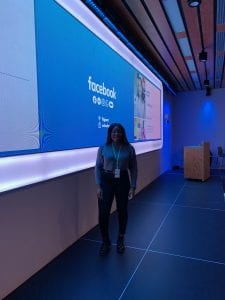 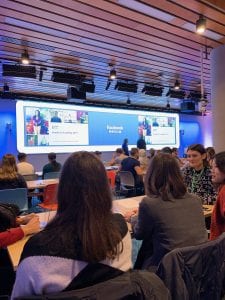 As you might already know, Facebook uses data and insights from consumers as its mainstream of revenue. This is mostly done through Advertisement Revenue. Therefore it is essential that Facebook understands the behaviours and interests of its consumers as individuals to accurately target ads and maximise ad revenue by users of Facebook engaging with adds. Over the years Facebook has acquired companies such as What’s App and Instagram which gives them more data on their users. There was an opportunity after the introductory talk to ask questions. The microphone was installed in a softball that people threw around the room – this was another fun aspect of the event! As expected, lots of questions were asked about the algorithms that target ads and the way consumer information is used.

After the question and answer session, we got a chance to see more of the Facebook office on our way to lunch. For lunch we had a taco bar and desserts, the only issue was that there were not enough seats in the cafeteria for all of us so some of us had to stand and other sit on chairs without tables.

Once lunch was over I got more snacks and sat down for the next session – the team challenge. We were tasked with extracting information from data points and were allowed to use a range of tools from Excel to Python. This was quite an interesting challenge, however, I wished I had more coding experience which would have enabled me to do a better job.

After the team challenge, we learnt more about the organisation and its recruitment process. We also had the chance to ask questions to current employees including graduates. This was very insightful and gave me a much broader understanding of data analytics. 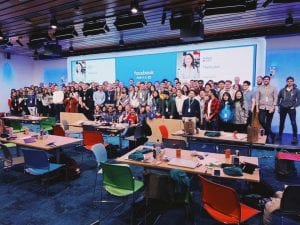 The day ended with more food and drink as we had a networking session. Overall it was a very good experience and I would definitely recommend it for anyone interested in data analytics and Facebook. 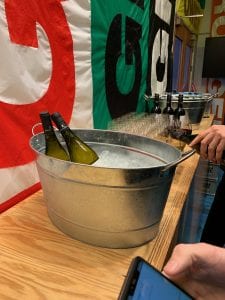